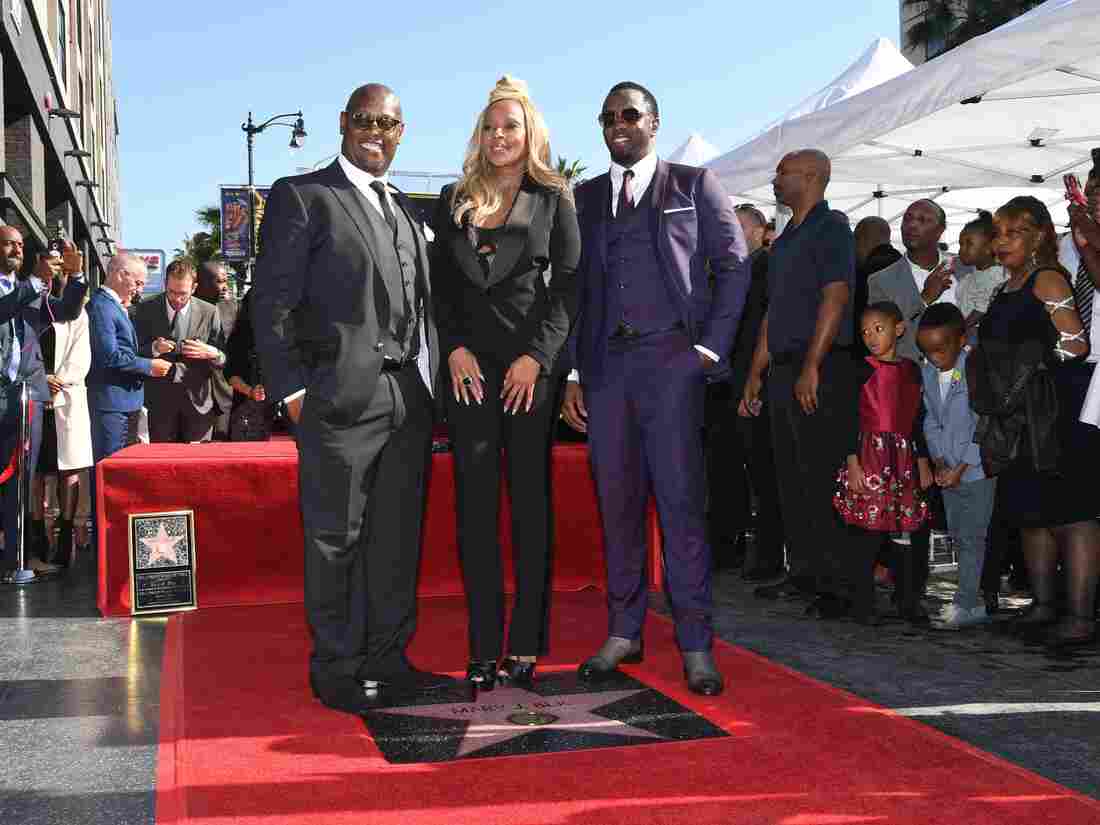 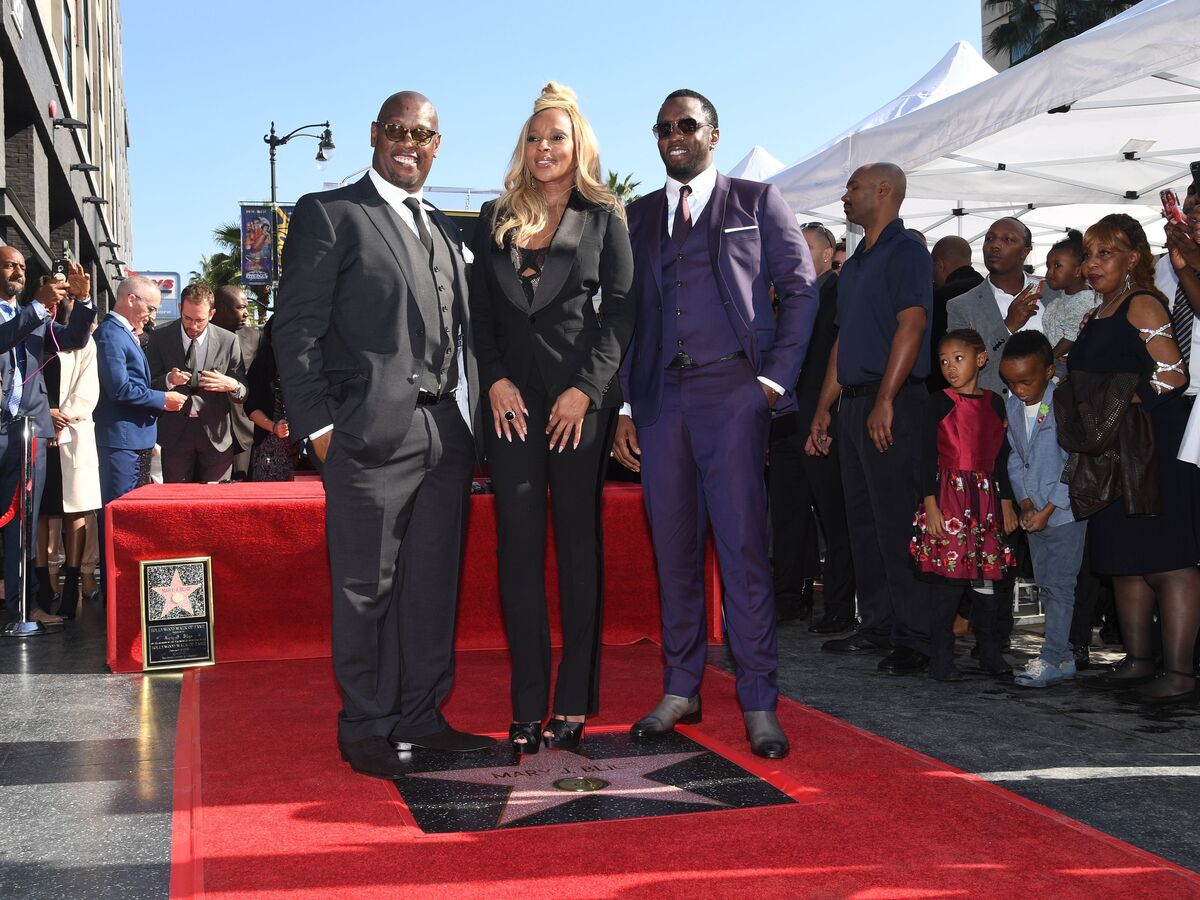 Andre Harrell (left) helped launch the careers of both Mary J. Blige (center) and Sean Combs (right) at his label Uptown Records. Harrell died Saturday at the age of 59.

Over the weekend, hip-hop and R&B lost one of its most influential moguls, Andre Harrell. Memorials poured in over social media from friends and celebrities who worked with Harrell over the years, citing him and Uptown Records, the label he founded in 1986, as one of the most influential forces in the entertainment industry. The label helped create the New Jack Swing sound, blending hip-hop and R&B, launched the careers of Mary J. Blige and Sean Diddy Combs and became a guiding light for hip-hop culture in the 1980s and '90s.

"Andre created Uptown Records as more than just a record company," journalist and screenwriter Barry Michael Cooper says of Harrell's label. "It was a lifestyle brand. It was a movement."

Cooper met Harrell while he was working on a story for Spin magazine in 1987. The two became close friends, eventually working together on Harrell's still unpublished memoir.

NPR's Kira Wakeam spoke to Barry Michael Cooper about what set Andre Harrell apart in the industry and the long-lasting influence that Uptown Records has had on hip-hop and R&B. Listen to the radio version in the audio link above, and read on for extended highlights of the interview.

Andre was the creator of the buzz in the industry. I mean, he knew how to get people's attention. He was an ad man. When he graduated from Lehman College, he worked in the advertising department at 1010 Wins News station. So he was almost like the young, black Don Draper: He knew how to market things. He understood what marketing meant, and especially to the black community. And he applied that knowledge and he applied that Madison Avenue wherewithal as he created Uptown Records.

What Andre did with Uptown Records, and with Teddy Riley, and with New Jack Swing and eventually transitioning into Sean Combs' hip-hop soul was that they married R&B and hip-hop, which had a serious disconnect. You either loved LL Cool J and Run-D.M.C. or you loved Luther Vandross and the artists of that era. What he did with Teddy Riley and New Jack Swing, he married the two. So you had these soulful hooks that Mary J. Blige was singing on Father MC's "Treat Them Like They Want To Be Treated." You had Jodeci singing on the hooks of an Al B. Sure! song. You had Al B. Sure! who was almost like the Uptown version of Smokey Robinson — matinee idol looks, stellar production with Kyle West. It drew people back in.

In a lot of ways what Andre did — and he's unheralded for — he revived R&B. He revived R&B music. And a lot of people don't give him the credit for that. They give it to Teddy Riley of course, but Andre is the mastermind behind that. "Let's take these hip-hop beats and Puff, let's go and do 'Real Love.' Put Mary [J. Blige] in a hockey jersey and a baseball cap and the Doc Martens, the tennis gear." These are the girls we grew up with. Mary was the first ride-or-die chick in a video who could actually sing and articulate her pain. She was an empath for all the around-the-way girls.

On the legacy Harrell left for the next generation of hip-hop moguls, like Sean Combs and Jay-Z

He charted Puff's course, for sure. Puff took it to another level, but he took it to another level, but he learned at the foot of Andre Harrell. He learned everything from him: Marketing, production, music, image, ideology, mindset. "Be better than who you are." Puff learned that from Andre. He learned how to find a model, find an idea, and build it out. Build that platform out and make it real and create a construct that everybody could relate to.

On the cultural impact Uptown Records

Uptown Records was your one stop shop for aspiration, inspiration, fashion, music, culture and identity. It gave kids and young adults like myself an identity during that time. He took the everyday young African American man and woman and put them on screen and said "You see yourselves? Don't be embarrassed. This is who we can be — and we can be even better." He saw even back then that we can build this construct of African American, black positivity through music, through film, through fashion and be inspired to aspire to be the better part of ourselves simultaneously.

NPR's Kira Wakeam and Tinbete Ermyas produced and edited the audio of this interview. Cyrena Touros and editorial intern Jon Lewis adapted it for the Web.