Accessibility links
Supreme Court Case On Religious Schools, Employment Law For decades, lower courts have recognized an exception to the nation's employment laws for ministers. But how do we define who is a minister and who is not? 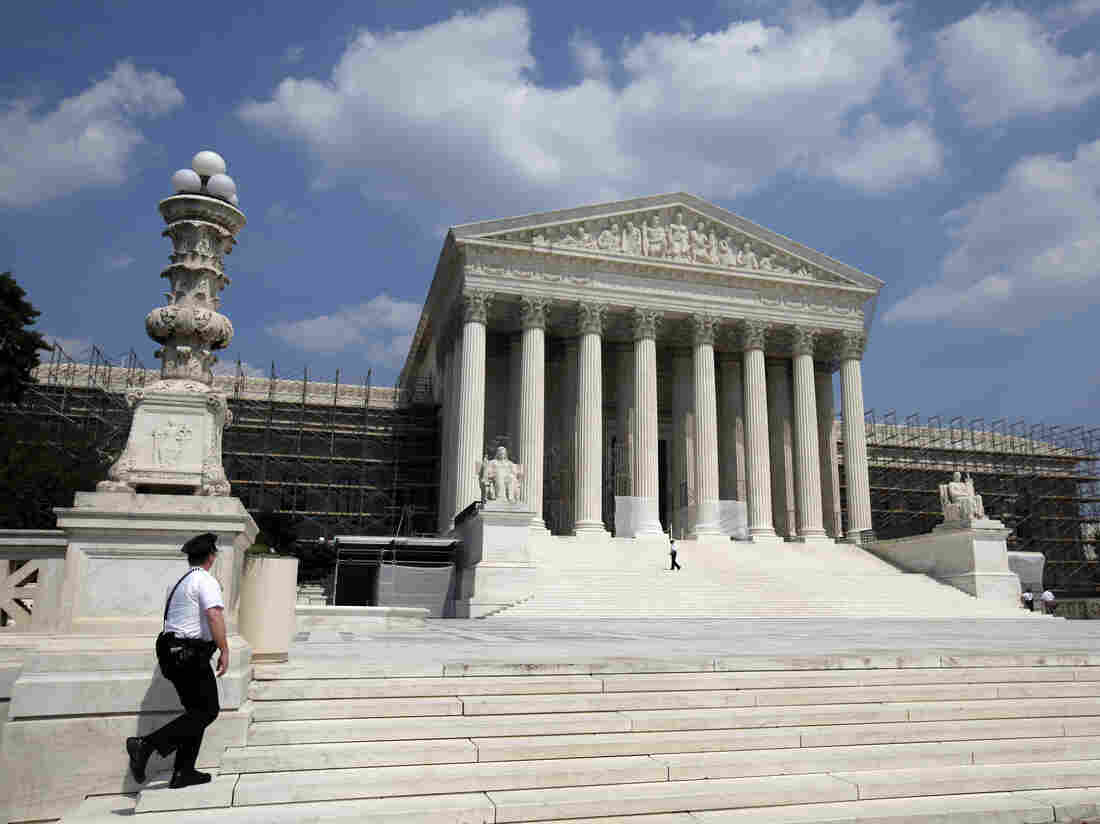 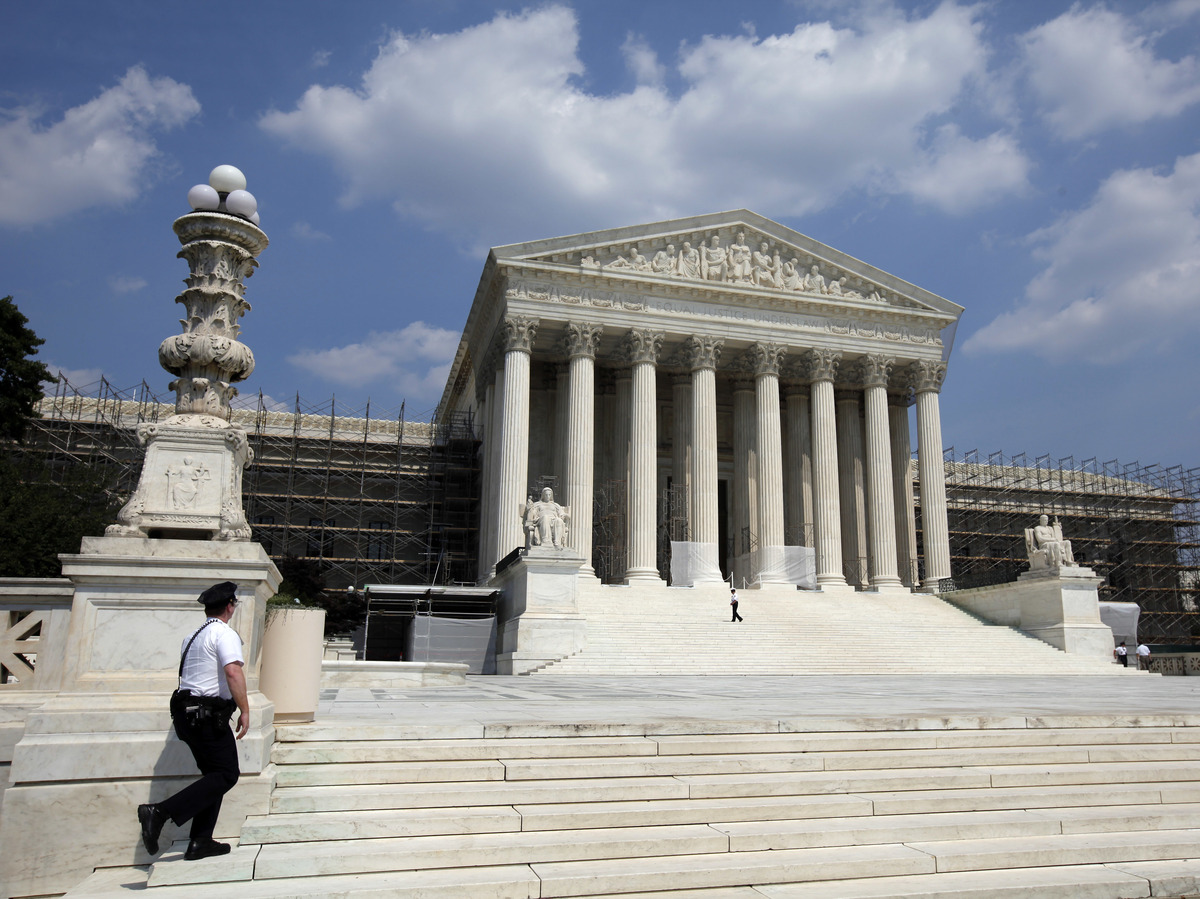 For the second time in as many weeks, the U.S. Supreme Court is tackling a major religion case. This time the question is whether lay teachers at parochial schools are exempt from the nation's fair employment laws.

But the court's eventual decision could reach beyond teachers, affecting the lives of millions of other employees who work for religiously affiliated institutions.

For decades, lower courts have recognized an exception to the nation's employment laws for ministers. The purpose is to protect leaders of the faith, and their religions, from interference by the government.

The exception extends to religiously affiliated institutions when they fire employees who serve in a religious capacity akin to that of a minister.

But how do we define who is a minister and who is not?

In 2012, the Supreme Court sought to answer that question, agreeing unanimously that a fourth-grade teacher who was commissioned as a minister could not sue over her firing by a Lutheran school. Chief Justice John Roberts announced the opinion from the bench, noting that the teacher who brought the case was not a lay teacher. Rather, he said, she is religiously trained and a commissioned minister of the church.

"Requiring a church to accept or retain an unwanted minister or punishing a church for failing to do so intrudes upon more than a mere employment decision," Roberts said. "Such action interferes with the internal governance of the church, depriving the church of control over the selection of those who will personify its beliefs."

The issue before the court

Monday's case, however, does not involve trained and ordained ministers of the faith. It involves two fifth-grade teachers at Catholic schools in California. The first teacher, Agnes Morrissey-Berru, claimed her employment contract was not renewed after 16 years service because of illegal age discrimination.

The second suit was brought by Kristen Biel against St. James School in Torrance. She claimed that she was fired after she told her superior, Sister Mary Margaret Kreuper, that she had been diagnosed with breast cancer.

Her husband, Darryl Biel, remembers that day vividly. His wife, he said, drove into their driveway "in tears ... bawling hysterically. She was so hurt that they could be doing this to her."

Kristen Biel would return to teaching elsewhere while fighting her case in court, but in June 2019, she died. Her husband said that in her final days, the couple talked extensively about the case. "She was in the hospital for a couple of days before she had to go on a ventilator ... I promised her I would see this through," he says.

The schools denied that Morrissey-Berru and Biel were fired for discriminatory reasons. But they asserted that the courts should dismiss the cases because the teachers were essentially ministers, and thus were not protected under the federal employment laws. A federal appeals court ruled against the schools, which appealed to the U.S. Supreme Court.

Five of the nine justices hearing Monday's case attended Catholic secondary schools, and several of them have sent their children to parochial schools as well.

Covered by the ministerial exception?

At Monday's argument, Stanford law professor Jeff Fisher, who is representing the teachers, will tell the justices that by the terms of the teachers' contracts and the school handbooks, these teachers were hired to teach academic subjects.

Though he acknowledges that the teachers taught religion from a workbook about three hours a week, Fisher says these teachers were "primarily lay employees" teaching "secular subjects."

Eric Rassbach of the Becket Fund for Religious Liberty, who is representing the schools before the court, disagrees.

"These teachers taught the Catholic faith to these kids more than the parish priest," putting them squarely within the so-called ministerial exception, he says.

But, Fisher counters, that "this isn't something you measure with a stopwatch." It is "telling," in these cases, he says, that the "teachers did not even have to be Catholic to have these jobs."

Heart of the matter

At the heart of this dispute is the First Amendment ban on government establishment of religion and the separation of church and state.

"You don't want the government deciding who teaches religion ... we don't do that in this country ... that's why we have an establishment clause," says Rassbach. Ultimately, he argues, the schools consider the teachers to be performing an important religious function, and therefore, they can be fired for any reason because they are not subject to the nation's fair employment laws.

But Fisher notes that the schools in these cases do not claim any religious reason for firing the teachers. The schools, "have never asserted that either of [the teachers] fell short in any religious duty or ... adherence to the faith," he says.

If these teachers are exempt, he adds, then millions of employees are automatically exempt from laws enacted by Congress to protect workers, simply because they perform some duty their employer considers religious. Indeed, he observes, they would be exempt not just from anti-discrimination laws, but also laws that protect individuals from retaliation when they report misbehavior to authorities, and laws imposing wage and hour regulations.

Rassbach will tell the Supreme Court that not everyone who works at a religious school or institution is exempt from these laws. "Far from it. It's just that you have to look and see what kind of function are they doing."

But Fisher counters that function can't be the only criterion because many employers at religiously affiliated institutions sincerely believe that all of their employees perform important ministerial functions, from nurses who care for the sick, to summer camp counselors for troubled teenagers, and athletic coaches who mold the character of their charges and often lead them in prayer. Were those functions to be considered ministerial, Fisher says, the results would be dire.

"Millions of people across the country who never thought or understood themselves to be leaders of the faith" would now "magically have no employment protections," he says.

There is another, and rather rich, twist to one of the cases before the court Monday.

It turns out that at the time Kristen Biel learned she had breast cancer, Kreuper, the school principal who fired her, was embezzling large amounts of money to go on gambling sprees in Las Vegas. One article quoted a church accountant as ball-parking the amount at $500,000.

"The Gambling Nuns" saga is unlikely to come up at the Supreme Court, but it certainly is on Darryl Biel's mind. He had planned to be in Washington for Monday's argument. "I wanted to face them. I wanted to see them. I wanted them to see me," he says "and I just pray that the justices see the right way."

Instead of sitting in the Supreme Court chamber, though, Biel, like the rest of us, will be at home listening.

In the audio, as well as in a previous Web version, of this story, we incorrectly say the fourth-grade teacher in a 2012 case was ordained as a minister. The church body in the case commissions teachers as ministers, but does not ordain them.