Accessibility links
Georgia Attorney General Selects A Black Woman As Lead Prosecutor In Arbery Case Joyette Holmes is the first African American woman to serve as Cobb County, Ga., district attorney. She will be the fourth prosecutor to lead the Ahmaud Arbery case since he was killed in February. 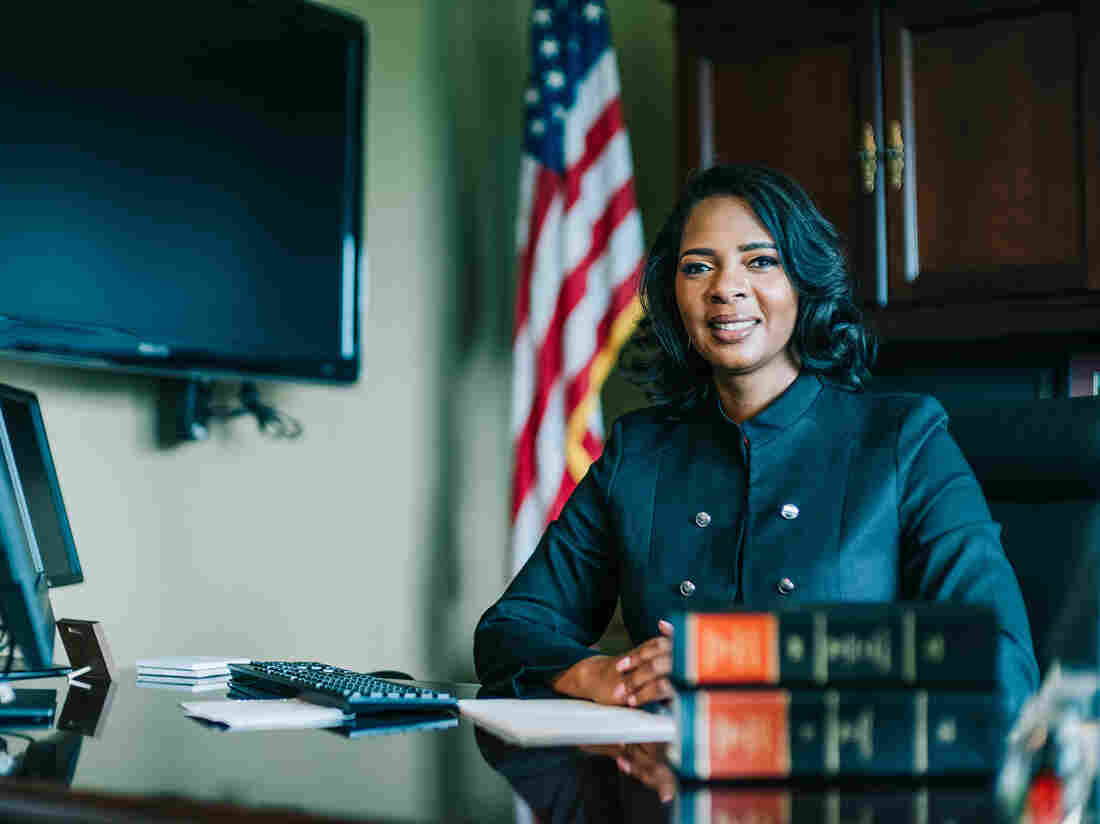 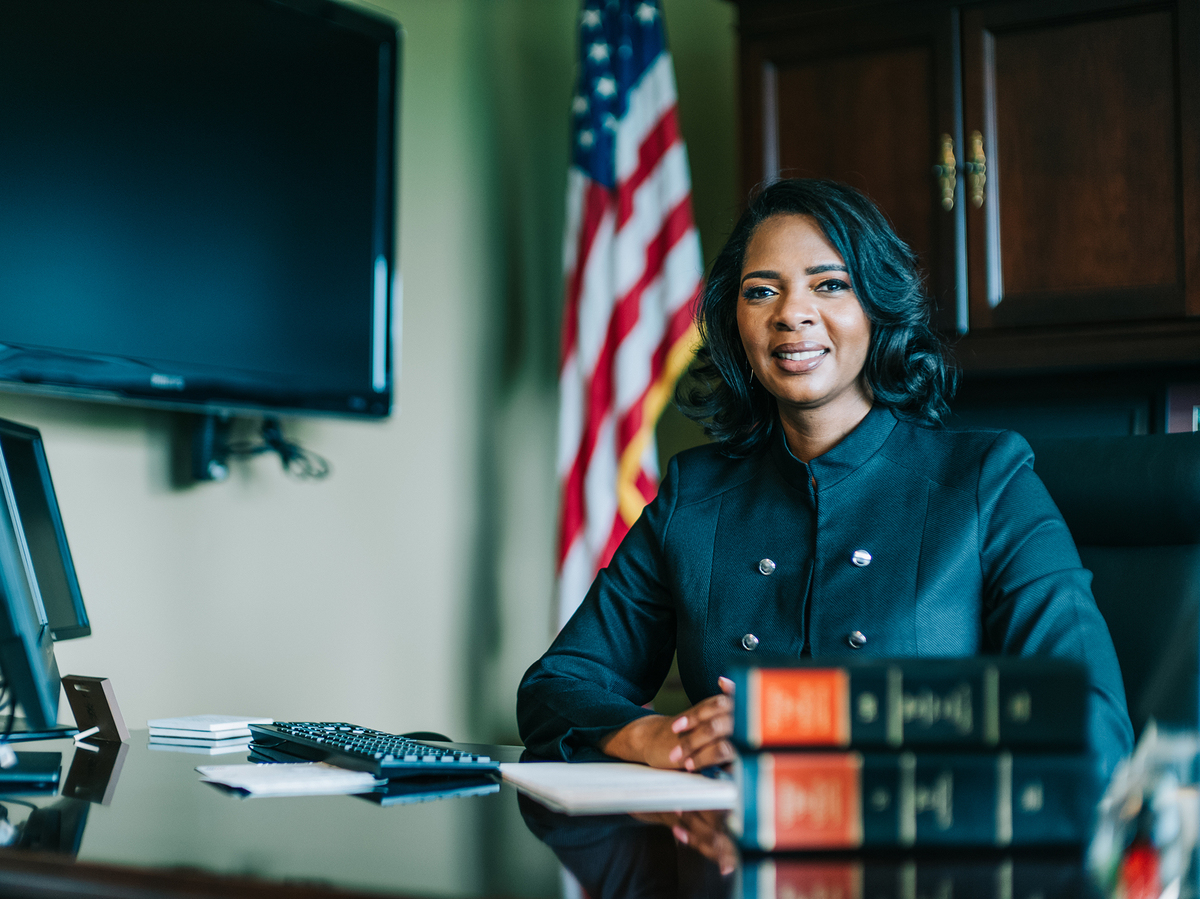 Georgia Attorney General Chris Carr on Monday tapped a new lead prosecutor in the murder case of Ahmaud Arbery — the fourth since the young black man was killed in February while jogging in Glynn County, Ga.

Joyette Holmes, district attorney of the Cobb County Judicial Circuit and the first black woman to serve in that position, is taking over the case following a video of the shooting that went viral after it was posted online last week. The footage ignited national outcry and a cascade of questions over why no arrests were made in the 10 weeks since Arbery's Feb. 23 killing.

Two white men, a father and son, were arrested Thursday in connection with the killing and face murder and aggravated assault charges. The arrests came two days after the Georgia Bureau of Investigation took over the case from local authorities.

Also on Monday, the U.S. Department of Justice confirmed it was considering whether to charge Gregory McMichael, 64, a retired police detective, and his son Travis, 34, with federal hate crimes.

In a statement on the Cobb County district attorney's Facebook page, Holmes said, "Our office will immediately gather all materials related to the investigation thus far and continue to seek additional information to move this case forward."

She added, "We appreciate the confidence that Attorney General Carr has in our office's ability to bring to light the justice that this case deserves."

In a statement, the state attorney general thanked Atlantic Judicial Circuit District Attorney Tom Durden, who had led the case since mid-April, but added the "case has grown in size and magnitude since he accepted." Carr said that "another office is better suited from a resource perspective to now handle the case." 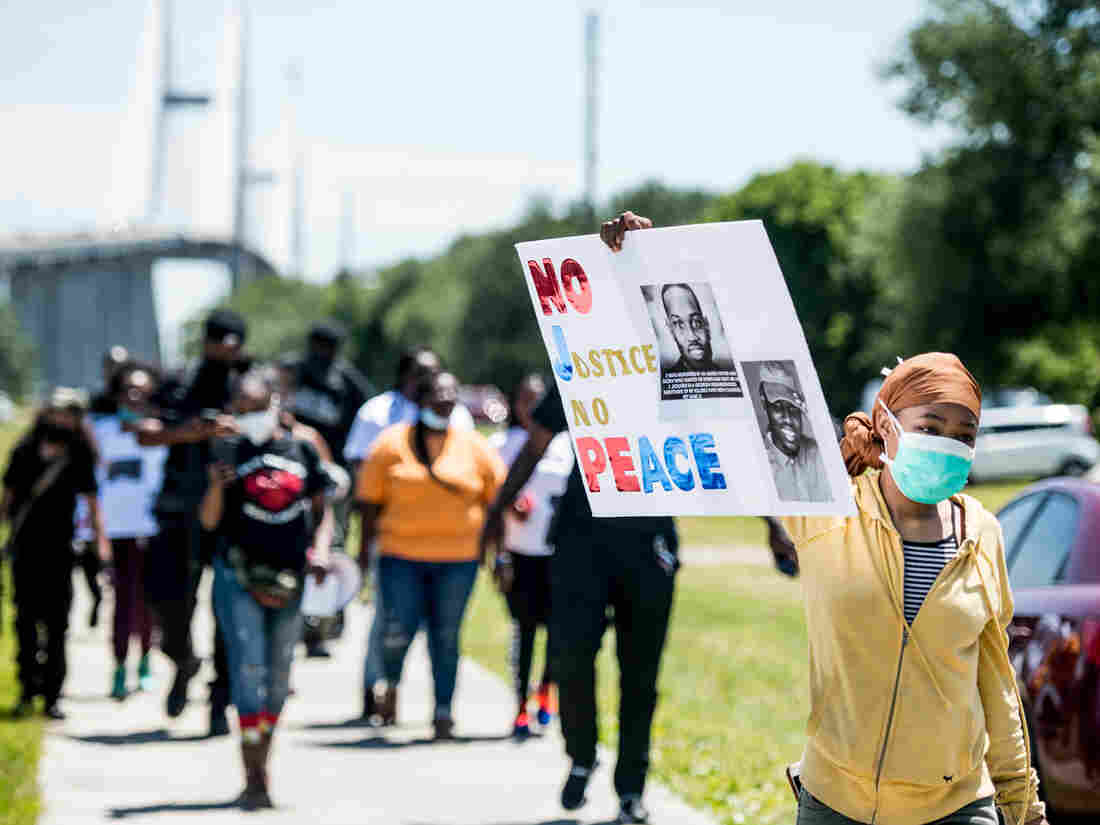 People leave a gathering Saturday after honoring the life of Arbery in Brunswick, Ga. He was shot and killed Feb. 23 while jogging in a local neighborhood. Sean Rayford/Getty Images hide caption 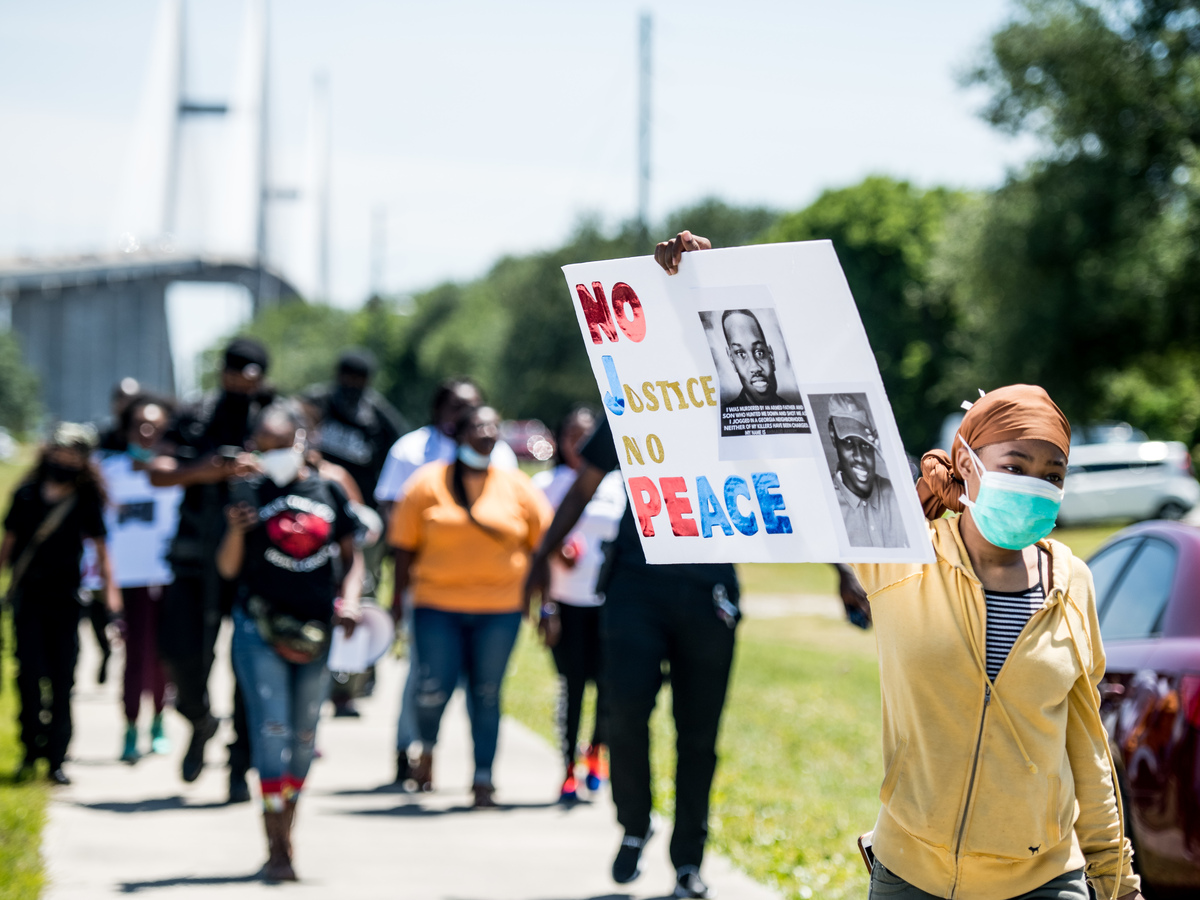 People leave a gathering Saturday after honoring the life of Arbery in Brunswick, Ga. He was shot and killed Feb. 23 while jogging in a local neighborhood.

Holmes has led the Cobb County District Attorney's Office since July. She previously was both a prosecutor and defense lawyer in the county, according to her biography on the county website.

Before Durden's appointment, two other district attorneys recused themselves from the case. On Sunday, Georgia's attorney general requested that the Justice Department investigate local authorities' handling of the investigation.

Justice Department spokesperson Kerri Kupec said Monday that it is "assessing all of the evidence to determine whether federal hate crimes charges are appropriate."

"In addition, we are considering the request of the Attorney General of Georgia and have asked that he forward to federal authorities any information that he has about the handling of the investigation. We will continue to assess all information, and we will take any appropriate action that is warranted by the facts and the law," she said.

As NPR has reported, Georgia, along with Arkansas, South Carolina and Wyoming, are the only states that do not have hate crime laws and also don't require officials to collect data on such crimes, according to the DOJ.

Benjamin Crump, an attorney for the Arbery family, praised the Holmes appointment and urged her to be "zealous in her search for justice."

"In order for justice to be carried out both effectively and appropriately in the murder of Ahmaud Arbery, it is imperative that the special prosecutor has no affiliation with the SE Georgia legal or law enforcement communities," the statement said.

"We implore District Attorney Joyette Holmes to be zealous in her search for justice, as she works to hold all of those responsible for the unjustifiable execution of an unarmed young Black man in broad daylight," Crump added.

Since the shooting, Brunswick Judicial Circuit District Attorney Jackie Johnson recused herself over a conflict of interest due to the fact that the elder McMichael had worked in her office, as Georgia Public Broadcasting reported.

Next, George Barnhill, of the Waycross Judicial Circuit, recused himself at the request of the Arbery family. The family complained that Barnhill also had a conflict of interest because his son worked in Johnson's office as an assistant district attorney, The Atlanta Journal-Constitution reported.

Durden took over the case on April 13. Last week, he formally requested that the GBI become involved after the video of the shooting became public.

Holmes will now prosecute the case. Her predecessor in the Cobb County District Attorney's Office was Vic Reynolds, who now leads the GBI. In a press conference Friday, Reynolds left open the possibility that more people could be charged in Arbery's death.