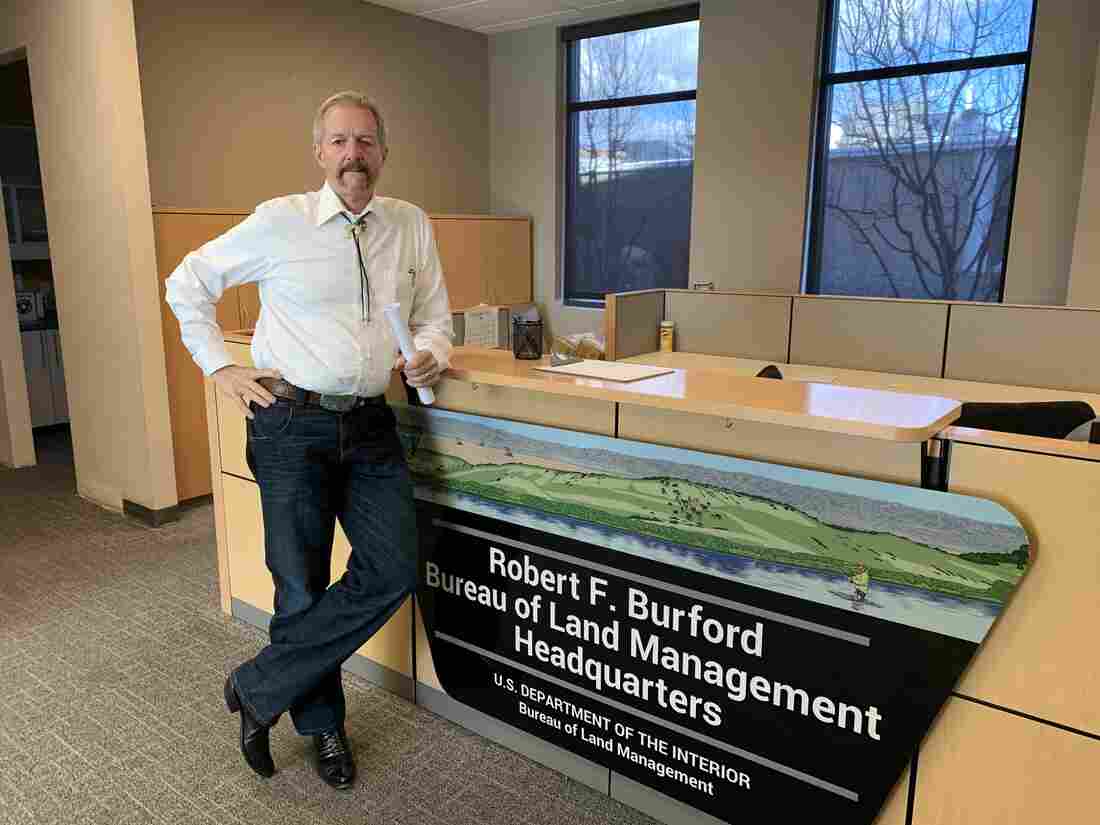 William Perry Pendley's temporary appointment at the Burea of Land Management was recently extended for the fifth time since taking over the agency last summer. Kirk Siegler/NPR hide caption 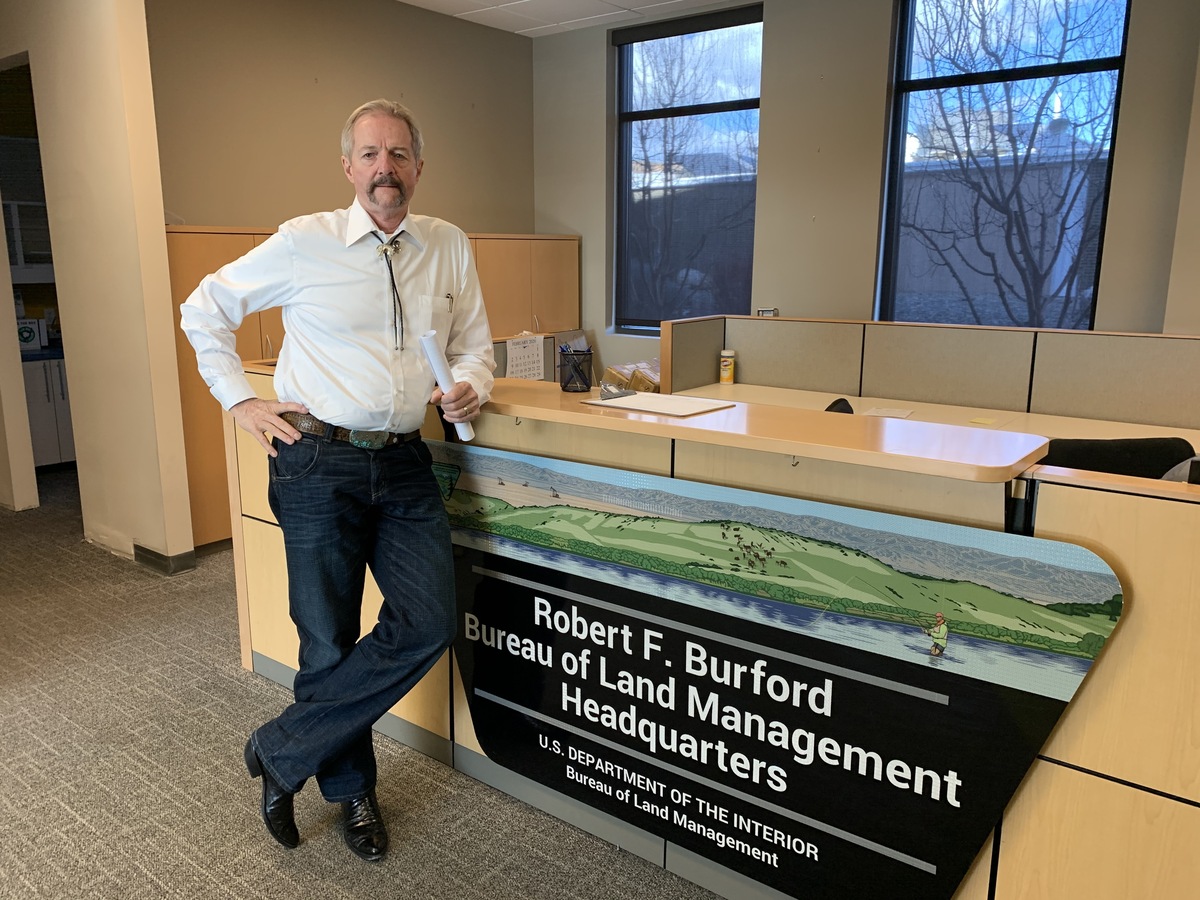 William Perry Pendley's temporary appointment at the Burea of Land Management was recently extended for the fifth time since taking over the agency last summer.

In a federal lawsuit filed Monday, conservation groups allege the Trump administration's continued use of temporary appointees to lead large federal lands agencies is a violation of federal law and the Constitution's "advice and consent" clause.

The suit, filed by the Washington, D.C.-based Public Employees for Environmental Responsibility or PEER and the Idaho-based Western Watersheds Project, takes aim at the Bureau of Land Management and the National Park Service. Neither agency has had permanent, Senate-confirmed directors during the entire Trump presidency.

"They're just freewheeling around the Constitution and allowing these lower level political appointees to be running the show," says Peter Jenkins, senior counsel at PEER.

Jenkins says the administration is circumventing federal law by continually extending the temporary appointments of David Vela at NPS and William Perry Pendley at the BLM. If either were actually named as 'acting' directors, Jenkins says, the Federal Vacancies Reform Act would bar them from serving more than 210 days. Both men have been at the helm of their respective agencies longer.

"The overall pattern is to weaken the environmental bureaus and allow state interests and private extractive industry interests to call the shots," Jenkins says.

The lawsuit is the latest to shine light on the Trump administration's unprecedented use of acting agency heads. But the groups suing have long been suspicious of William Perry Pendley in particular leading the BLM. His temporary appointment was recently extended for the fifth time since taking over the agency last summer.

Pendley spent much of his career as an attorney and later director at the conservative Mountain States Legal Foundation where he frequently represented ranchers and rural western counties in public lands disputes against the federal government. He's also argued that the federal government should transfer or sell most of its public lands to states.

In a recent interview, however, Pendley told NPR that was not part of President Trump's agenda.

"Regardless of what I've said in the past, the one thing that's clear is I'm a Marine, I understand how to follow orders," he said. "This is the [law] that we live under and right now I'm not calling for any legislation because the President hasn't called for legislation."

In a statement, the Trump administration called the lawsuit that seeks to oust Pendley and Vela a distraction as the agencies are trying to manage the government's response to the coronavirus pandemic.

"This is a baseless lawsuit from special interest groups who are seeking to remove the leaders of critical government bureaus based on their radical ideologies instead of what is permissible under the law," the statement read.

NPS in particular is under pressure from parts of the public and the administration to reopen the nation's largest parks. Left-leaning watchdog groups like PEER have raised questions over whether that can safely be coordinated without a permanent director and Senate oversight.

Their lawsuit was filed in federal district court in Washington, D.C. on Monday.