Accessibility links
California 25th District Election: What You Need To Know The contest between Republican Mike Garcia and Democrat Christy Smith is the first competitive congressional race to take place during the coronavirus pandemic. 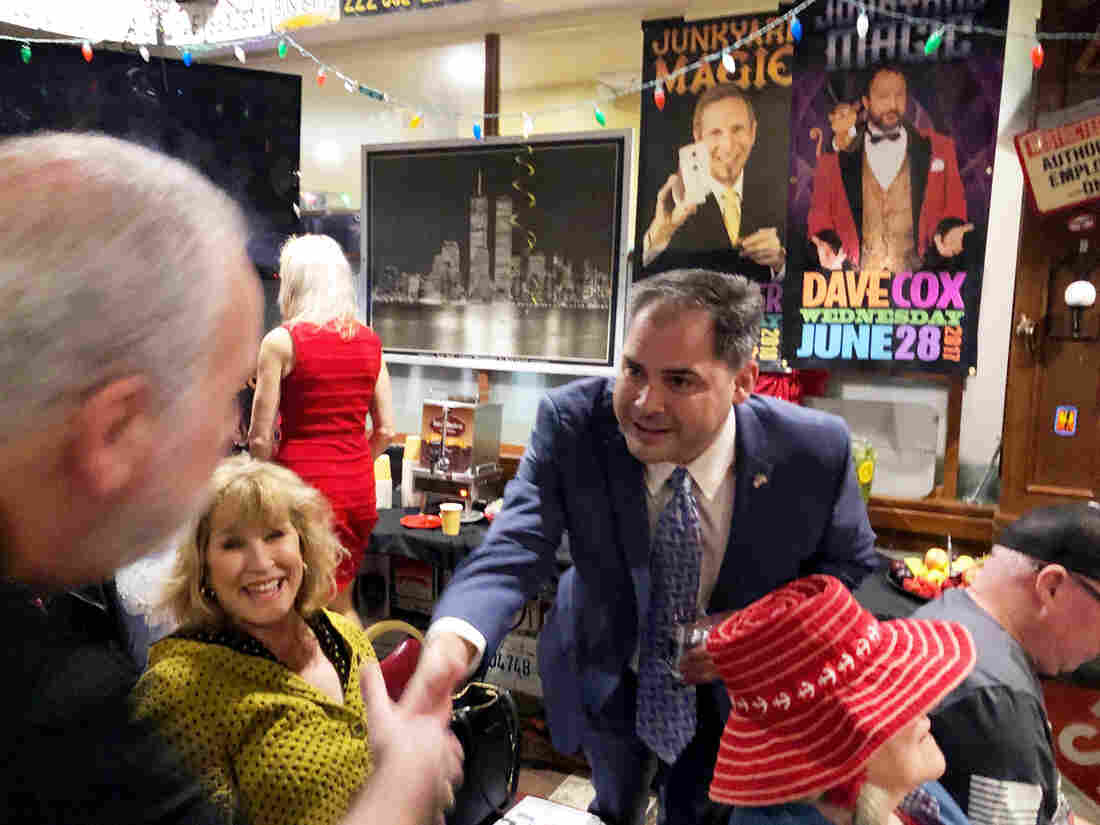 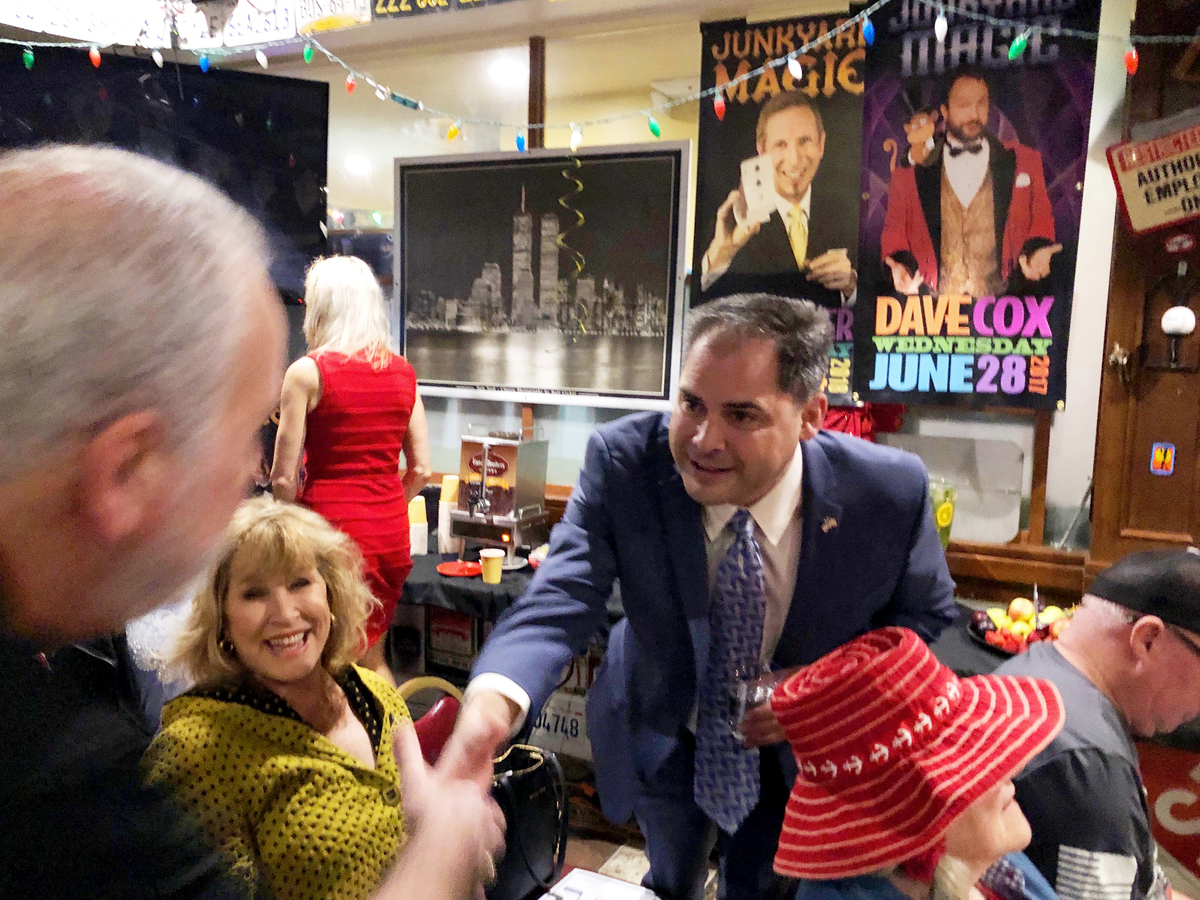 The first competitive congressional race of the coronavirus era takes place Tuesday in Southern California, where Republican Mike Garcia and Democrat Christy Smith are vying to fill the vacancy left by former Rep. Katie Hill, who resigned last year because of a personal scandal.

The winner will serve out Hill's current term through November, when the same two candidates will be on the ballot again for a full two-year term. 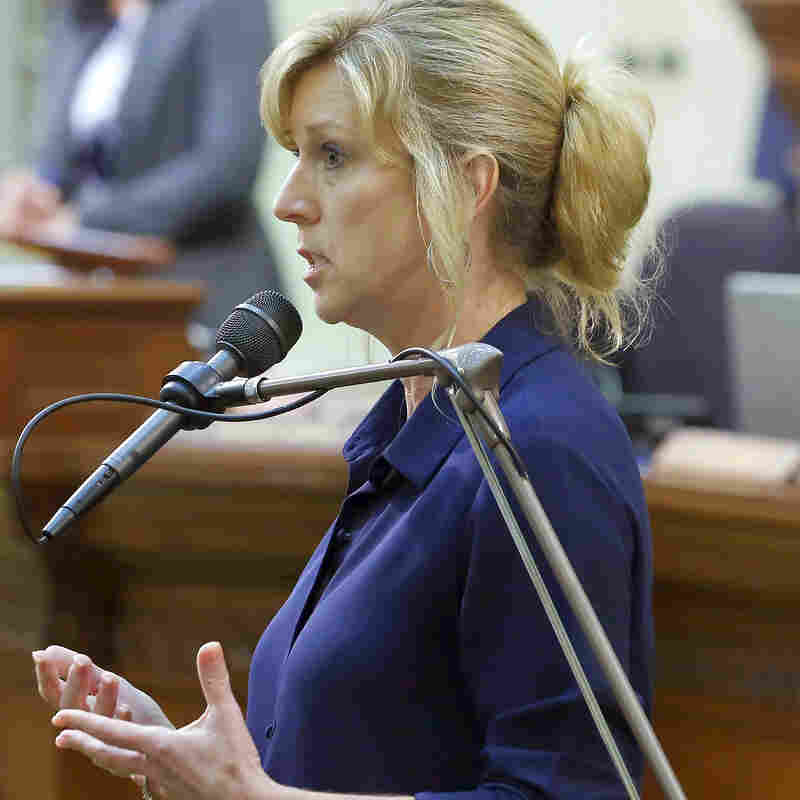 The Democratic-leaning 25th District seat is a toss-up, with Garcia showing signs of strength in the closing weeks of the campaign.

The race has provided a snapshot of what stay-at-home orders and socially distanced campaigning could look like all across the country this year if the pandemic continues to disrupt the 2020 election season.

The candidates instead debated via live video conference call, and directed their campaign volunteers to do exclusive phone work.

"We transitioned from being able to canvass, and stand on street corners waving signs, and going out to events with Mike, like meet-and-greets and that sort of thing, to all phones," said Marian Salazar, a volunteer for the Garcia campaign.

Smith told NPR the pandemic requires campaigns to also be able to offer constituents assistance, not just ask for their vote.

"We've made sure that all of our callers, as they're reaching out, are equipped with information like how to connect to state resources, the domestic violence hotline, mental health services or being able to connect people with their nearest food pantry," she said.

The race is also now a primarily mail-in ballot election that was ordered by the governor in response to the pandemic. Republicans, including President Trump, have criticized mail-in ballot elections as somehow unfair to the GOP, but nonpartisan elections analyst David Wasserman notes early data suggests a strong performance by Garcia in this Democratic-leaning seat.

"Republicans are more accustomed to using vote by mail, at least proportionately, in California, and so far what we've seen is that Republicans are leading Democrats by about 12 points on their return rate," he said.

A Garcia victory could help temper GOP opposition to mail-in balloting as more states consider the option for November. On Friday, Newsom signed an executive order requiring a ballot to be sent to every registered voter in the state this November.

The national campaign committees are using this race to test out different messages — sending different mailers and texts to different voters to see what gets the highest rate of response, according to Illinois Democratic Rep. Cheri Bustos, who runs the House Democrats' campaign operation.

"We'll see what works and we'll come out of that special election with ideas that will work going in to 2020," she said.

Socially distanced campaigning has its drawbacks. Smith committed what is possibly the first Zoom gaffe of 2020 when she appeared to make light of Garcia's past military service as a Navy fighter pilot in an open online call with liberal supporters that was captured by Republican trackers. Smith apologized but Garcia quickly responded with an ad touting his military service in a district populated with military personnel and law enforcement officers.

The race is also a test of what kind of candidate appeals to voters during this pandemic. Garcia is the political outsider who wants to change the way Washington works. "I'm running because I don't want my nation to become what this state has become, which is a victim of poor policy and poor execution," he said at their lone debate, conducted via video conference.

Smith, who is currently a state representative, is the experienced hand in government. "I have 10 years of elected public experience, with balanced budgets, with effective policies," she said at the same debate.

The race is considered to be evenly matched and if it's close the winner might not be known on Election Night because mail-in ballots can take longer to count — another preview of how November could play out.

Regardless of the outcome of Tuesday's special election, Wasserman says it does not change the overall forecast for control of the U.S. House in 2020.

"Democrats are still likely to hold on to their majority even if they manage to lose this seat on Tuesday," he said.