Accessibility links
This Baseball Mascot Was Struck Out By The Coronavirus Pandemic David Edwards was going to play the mascot for the Quad Cities River Bandits in Iowa. But the baseball season was canceled and he also lost a second job. "I feel very scared about my future," he says.

This Baseball Mascot Was Struck Out By The Coronavirus Pandemic

This Baseball Mascot Was Struck Out By The Coronavirus Pandemic 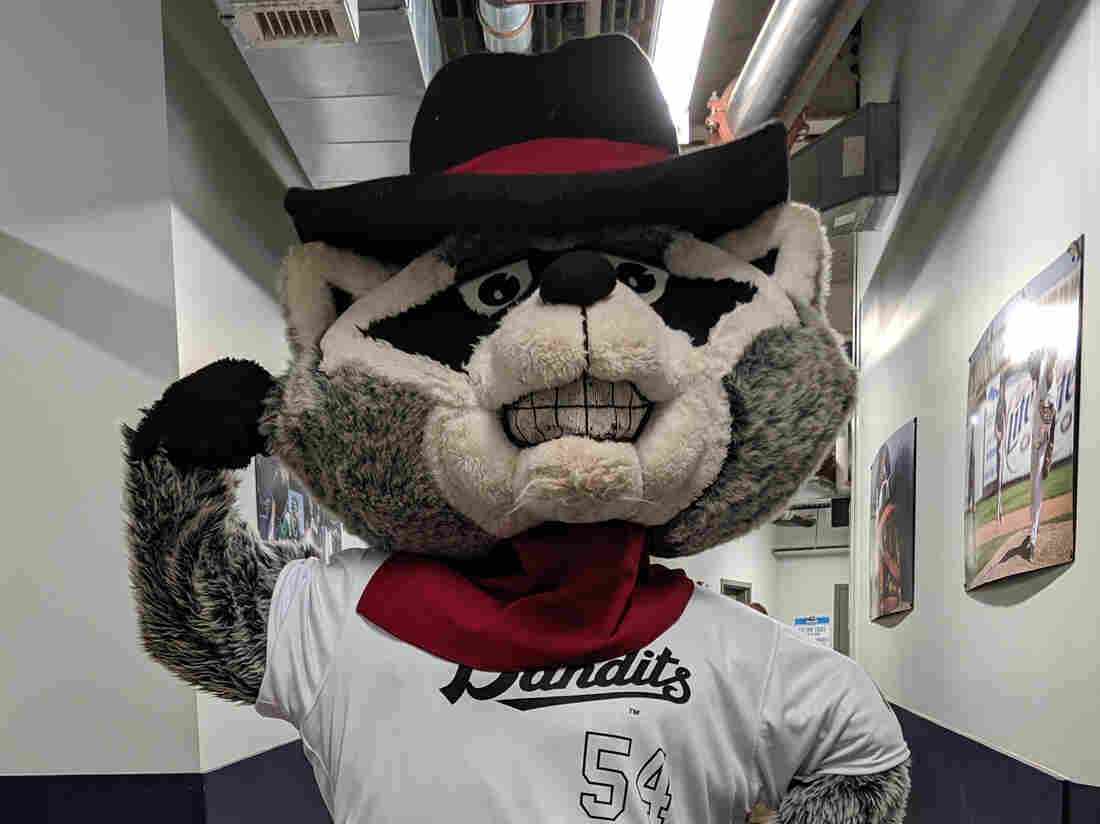 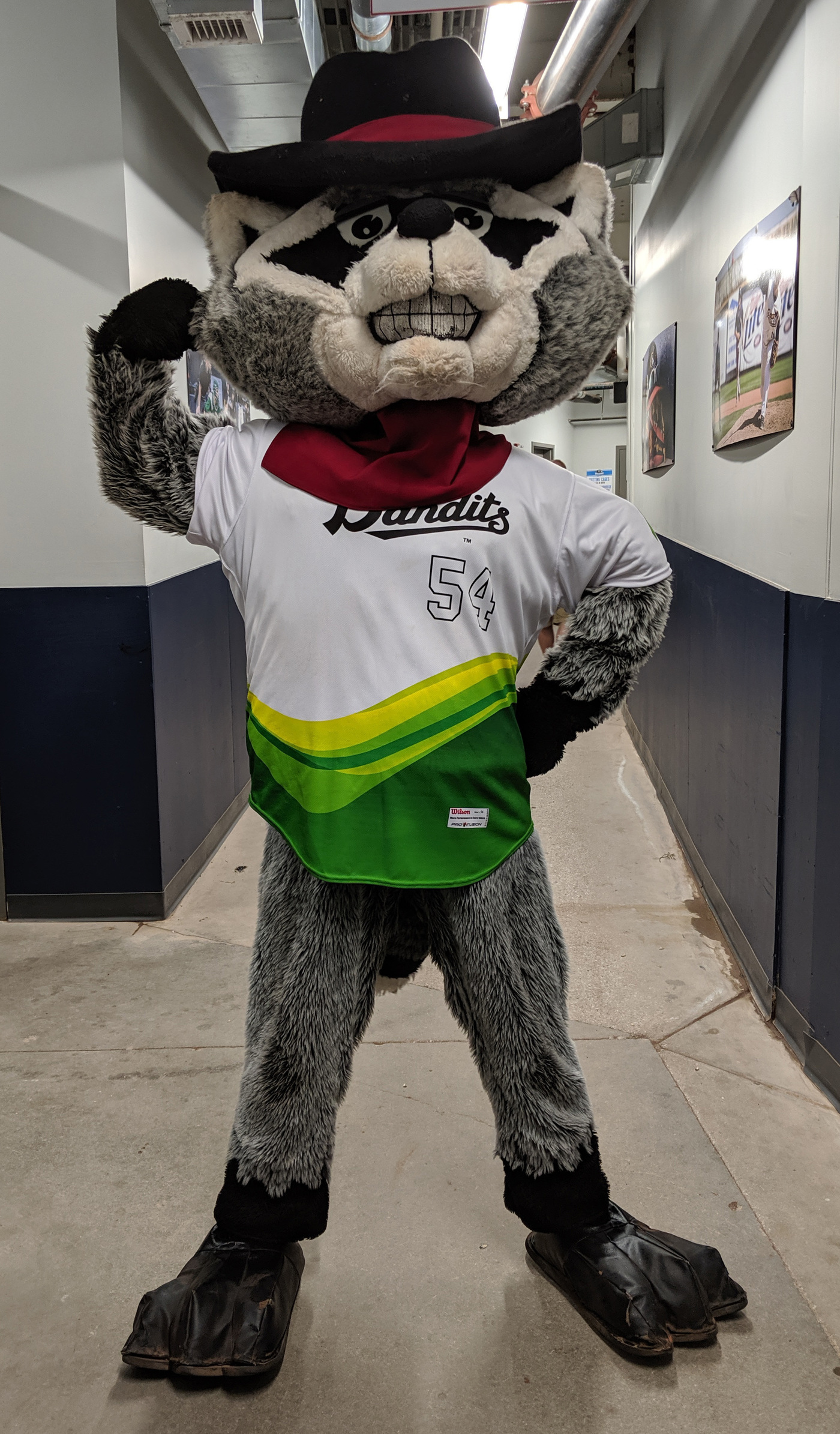 David Edwards was the team mascot for the Quad Cities River Bandits in Davenport, Iowa.

After all, it would be his second season playing mascot for the Quad Cities River Bandits.

But there's no joy in Davenport — the River Bandits aren't playing ball this year because of the pandemic. While major league teams hope to revive their season for a TV-only audience later this year, Single-A clubs like the River Bandits depend on in-person ticket sales and concessions to pay the bills. 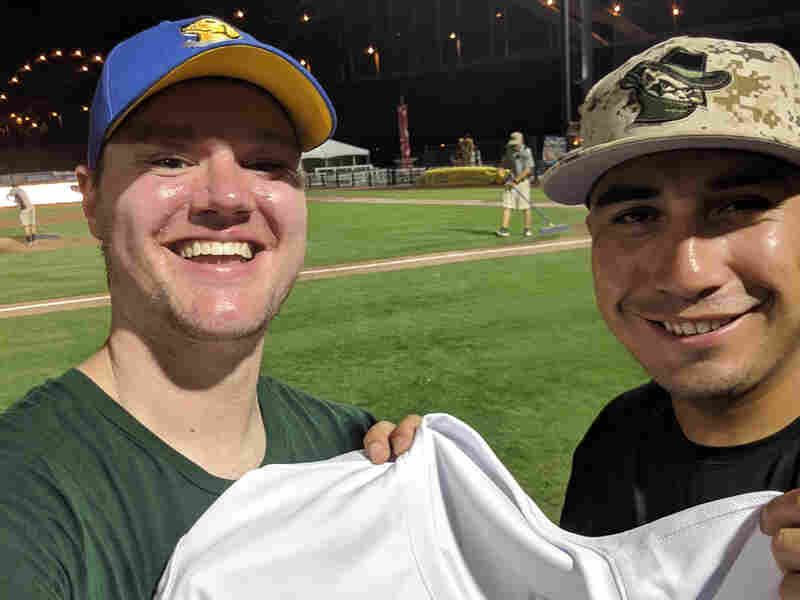 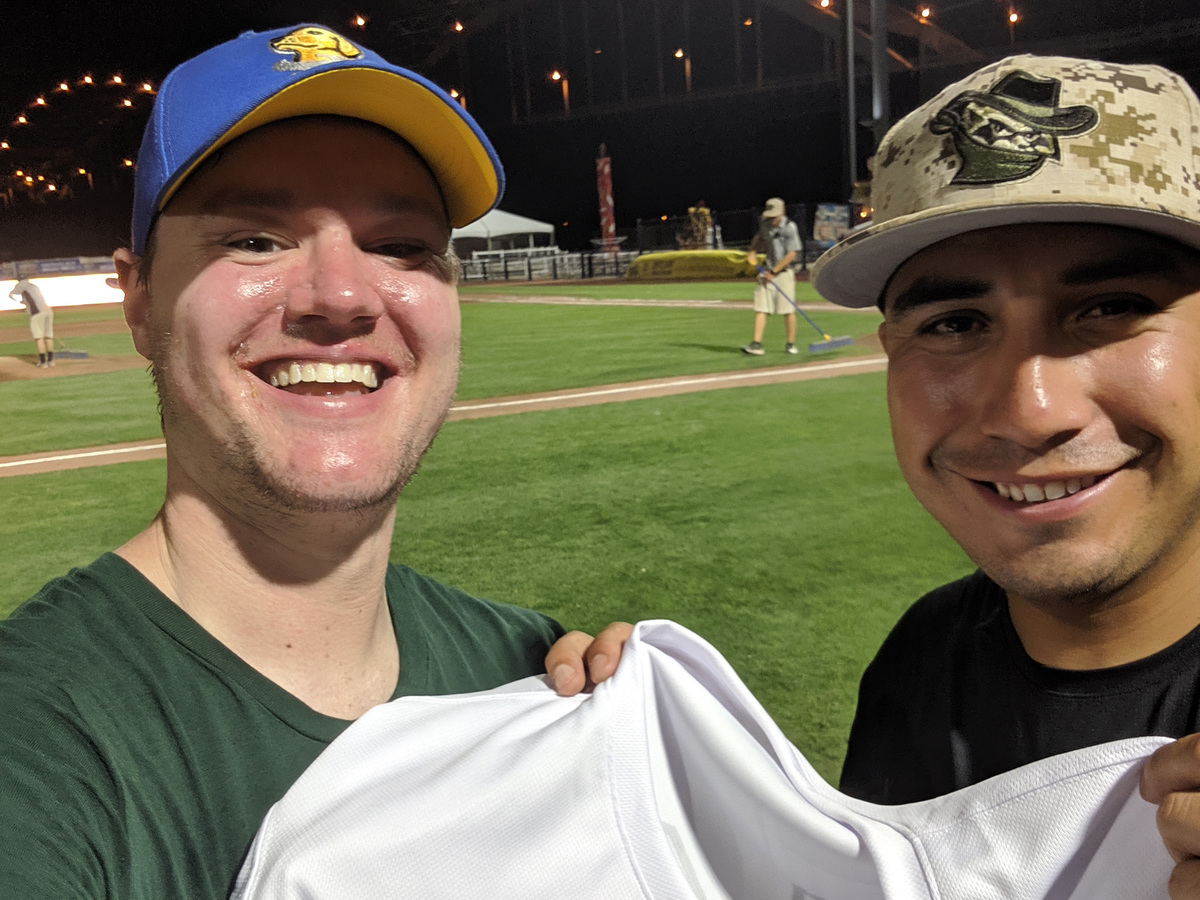 Edwards lost a second job, showing visitors around a regional zoo, when that also closed to the public.

"All the plans for this year went out the window," Edwards says. "Guest relations aren't essential when nothing is open."

Edwards, who majored in music at Iowa State University, also planned to audition for classical singing gigs this summer. But with most big cities under lockdown, that's on hold, too. That's three strikes, and Edwards is worried.

"I feel very scared about my future," he says. "I just don't know what funding is going to be, what festivals or programs are going to survive."

FACES OF THE CORONAVIRUS RECESSION

Jobs lost. Businesses in peril. Meetings gone virtual. Faces Of The Coronavirus Recession offers snapshots of working Americans whose lives have been upended by the pandemic.

For now, Edwards is living off savings, trying to figure out what life's going to look like after the summer and keeping a positive attitude.

"Just trying to do what's right and what's recommended and what's healthy," he says. "I just don't want to be part of the problem."

Read more stories in Faces Of The Coronavirus Recession.