Accessibility links
Preview: Supreme Court Electoral College Arguments At issue is whether states have the power to remove or fine so-called faithless electors. The case could affect not only the 2020 election but all future presidential elections. 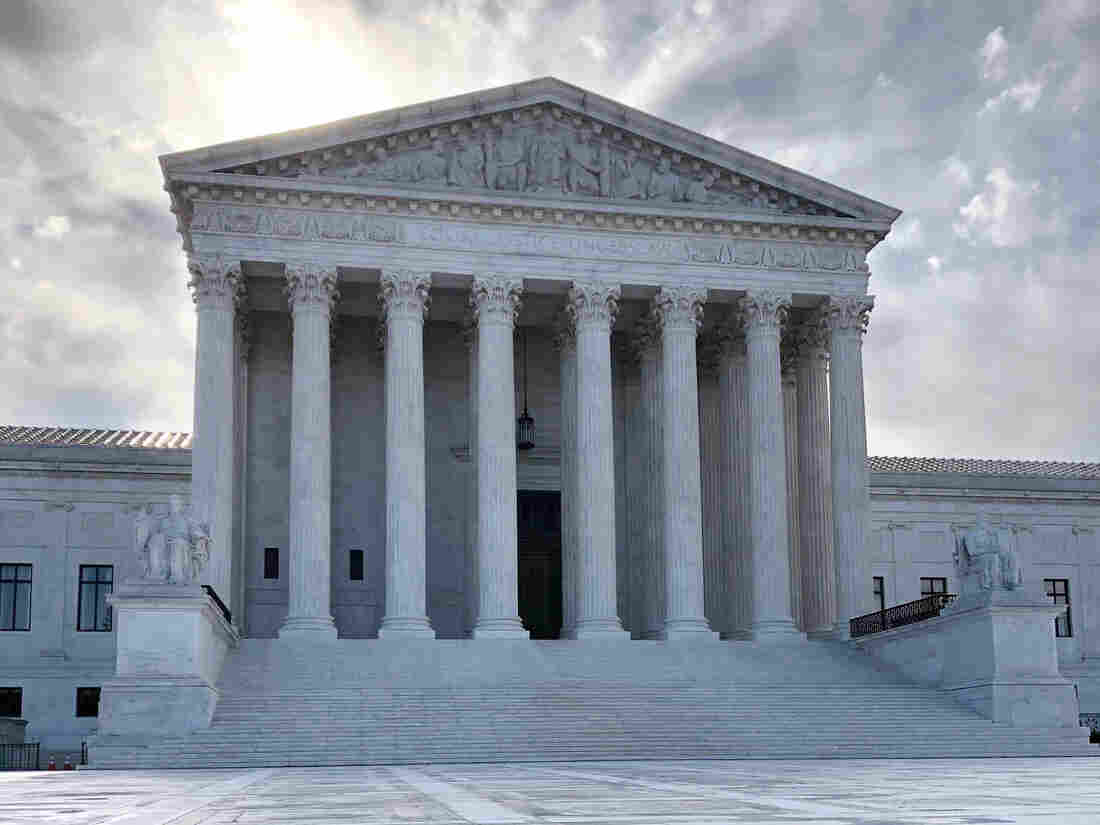 The U.S. Supreme Court will consider whether the states have the power to remove or fine "faithless electors." Mark Sherman/AP hide caption 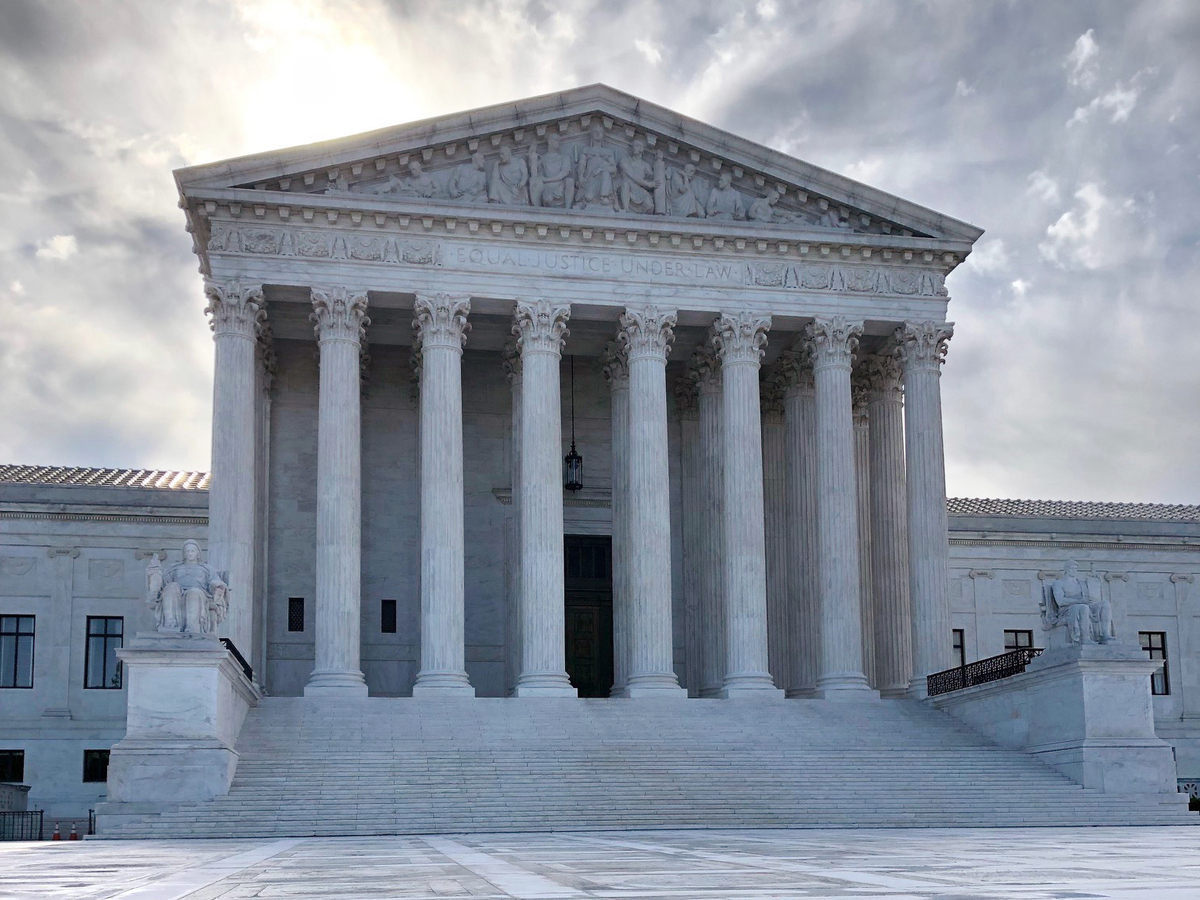 The U.S. Supreme Court will consider whether the states have the power to remove or fine "faithless electors."

The livestream of the oral arguments has concluded.

The U.S. Supreme Court hears arguments Wednesday in a case that could affect the outcome of the 2020 election, and all future presidential elections, in unforeseeable ways.

At the heart of the case is the Electoral College, which though it is enshrined in the Constitution, has for the most part been a mere formality for over the past two centuries.

Specifically, the question is whether Electoral College delegates are a rubber stamp for the will of American voters in each state, as most people have assumed, or if they have the power to decide for themselves who they want to vote for when the Electoral College meets.

Who picks a president?

While many Americans may think that they elect the president and vice president, in fact, it is the Electoral College, an arcane intermediary mechanism dreamed up by the Founders, which formally determines who wins the election.

The system has long been considered a formality, because usually the winner of the popular vote also wins the Electoral College vote.

But twice in the last two decades the unexpected took place: The popular vote winner did not become president; instead the winner of the Electoral College prevailed and became president.

Those two elections resulted in a lot of scrutiny of the Electoral College, with proposals floating around about ways to change or eliminate it. The one thing the two major parties agree on is that they don't want electors feeling free to ignore their pledge to support their party's candidates.

That is exactly what the electors in this case did.

Most states have laws that bind electors to live up to their pledge. Most provide that an elector who votes for someone else can be removed and replaced, or fined.

But not all electors agree they are bound.

After Donald Trump won the Electoral College in 2016, losing the popular vote by nearly 3 million votes, a handful of Democratic electors, seeing the handwriting on the wall, decided to vote for someone other than Hillary Clinton in the hope they could lure some Republican delegates away from Trump and throw the election into the House of Representatives, where somebody other than Trump might win.

Michael Baca from Colorado and Bret Chiafalo from Washington state were two of these "faithless electors."

As Baca tells it, the aim was "to reach across the aisle and say, ... 'What Republican is most palatable to you?' "

In the end, Chiafalo and two other Democratic delegates in Washington voted for Colin Powell, while Baca tried to vote for then-Ohio Gov. John Kasich. But the state laws binding electors intervened.

The Washington state delegates were fined $1,000 each, and the Colorado elector was removed and replaced with a Clinton delegate on the spot.

What would the Founders say?

The question before the Supreme Court on Wednesday is whether the states have the power to remove or fine such so-called faithless electors.

Harvard Law School professor Lawrence Lessig, who has taken the electors case all the way to the high court, says these Electoral College delegates are "not faithless," but instead they were simply doing what the Founding Fathers envisioned, exercising their independent judgment and their consciences.

"It's clear that the Framers thought [electors] had discretion," Lessig says.

Assuming the Framers did think that initially, within just a few short years of putting pen to paper, political parties began to emerge. And by 1796, electors were regularly selected to reflect the popular will in each state, with the winning party getting all the votes.

In the ensuing two-plus centuries since the founding of the republic, there have been roughly 180 so-called faithless electors. Roughly one-third of those votes were cast when a third party's candidate died, and his electors voted for someone else. But in no case did the faithless electors ever change the outcome of an election.

In Wednesday's case, the states contend that there is nothing in the Constitution that prevents them from removing or punishing delegates who do not vote for the candidate they are pledged to support.

Paul Smith of the Campaign Legal Center wrote a brief agreeing with the states. He points to the language in the Constitution that says the states may appoint Electoral College delegates in "the manner" the state legislature directs.

Smith says that "there is no language in the Constitution that says states can't bind [electors], and so the question is whether, after two centuries when everybody has assumed that electors are mere placeholders, we're going to come along now and hold that states' power to choose the manner of appointment of electors does not include the power to make that pledge" enforceable? "That's crazy!" he adds.

Electoral College 'Not Carved In Stone': Author Advocates Rethinking How We Vote

The consequences of opening up the Electoral College to widespread discretion, especially with the 2020 election just months away and amid a pandemic, could be disastrous, he asserts.

Smith points to "serious, serious consequences." To name just a few, he notes, "there is no law regulating these people to prevent them from being totally corrupt. There's no conflict of interest disclosure laws. There's no ban on them receiving gifts from foreign powers. None of that is in place because nobody thinks of them as exercising independent power. Their names do not even appear on the ballot."

But the conservative Supreme Court majority, at least in other contexts, has taken the position that courts should, on constitutional questions, defer almost entirely to what the Framers of the Constitution intended, regardless of what has happened over the centuries since then.

Harvard's Lessig agrees with Smith that the Electoral College has increasingly become a dysfunctional instrument of democracy. But he says, "The way to solve this problem is a constitutional amendment."

That, however, could be harder than it seems. A constitutional amendment requires two-thirds of both the House and Senate to approve, and three-quarters of the states.

Given that American democracy is perhaps more polarized than at any time since the Civil War, passing a constitutional amendment about the way we pick presidents could prove more divisive than productive — especially since Republicans, having twice over 16 years elected two presidents who failed to win the popular vote, see the Electoral College as giving them an edge.