Accessibility links
Family Asks Houston Police Not To Release Fatal Shooting Video Of Gospel Singer "Not everybody wants their loved one to be in cyberspace for the rest of eternity and for their last minute on Earth to be public," Chief Art Acevedo said. 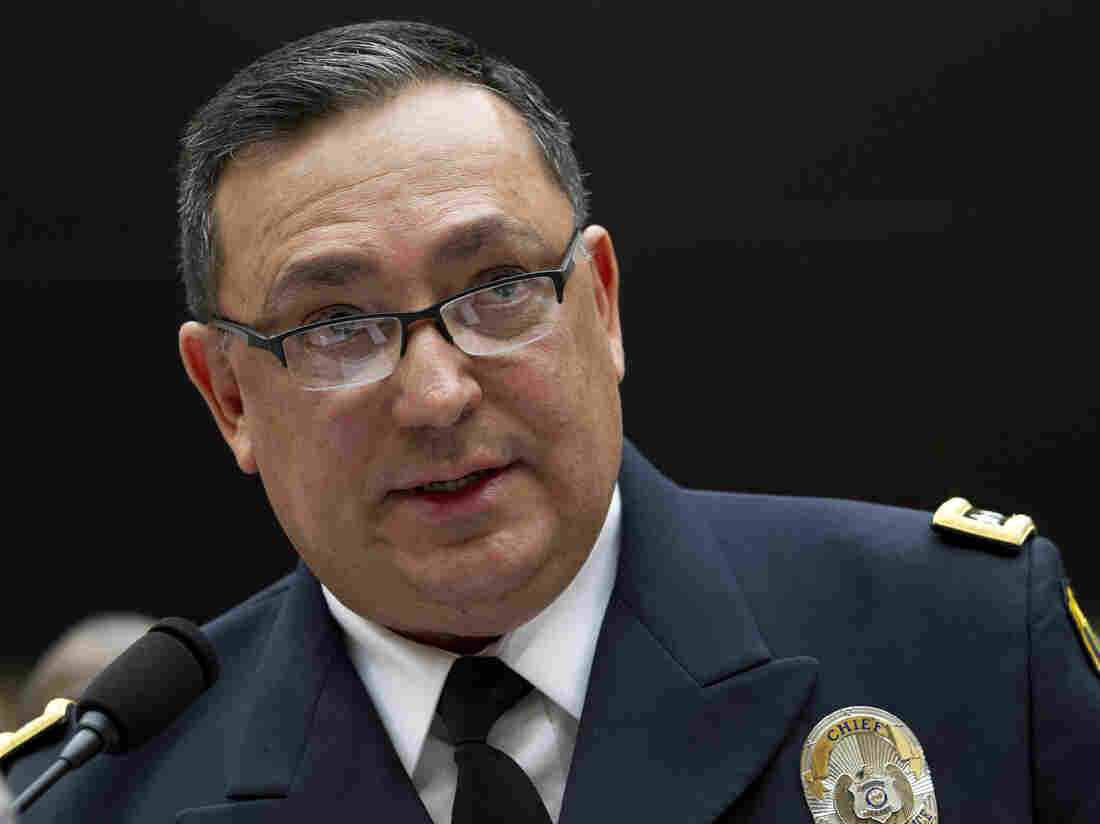 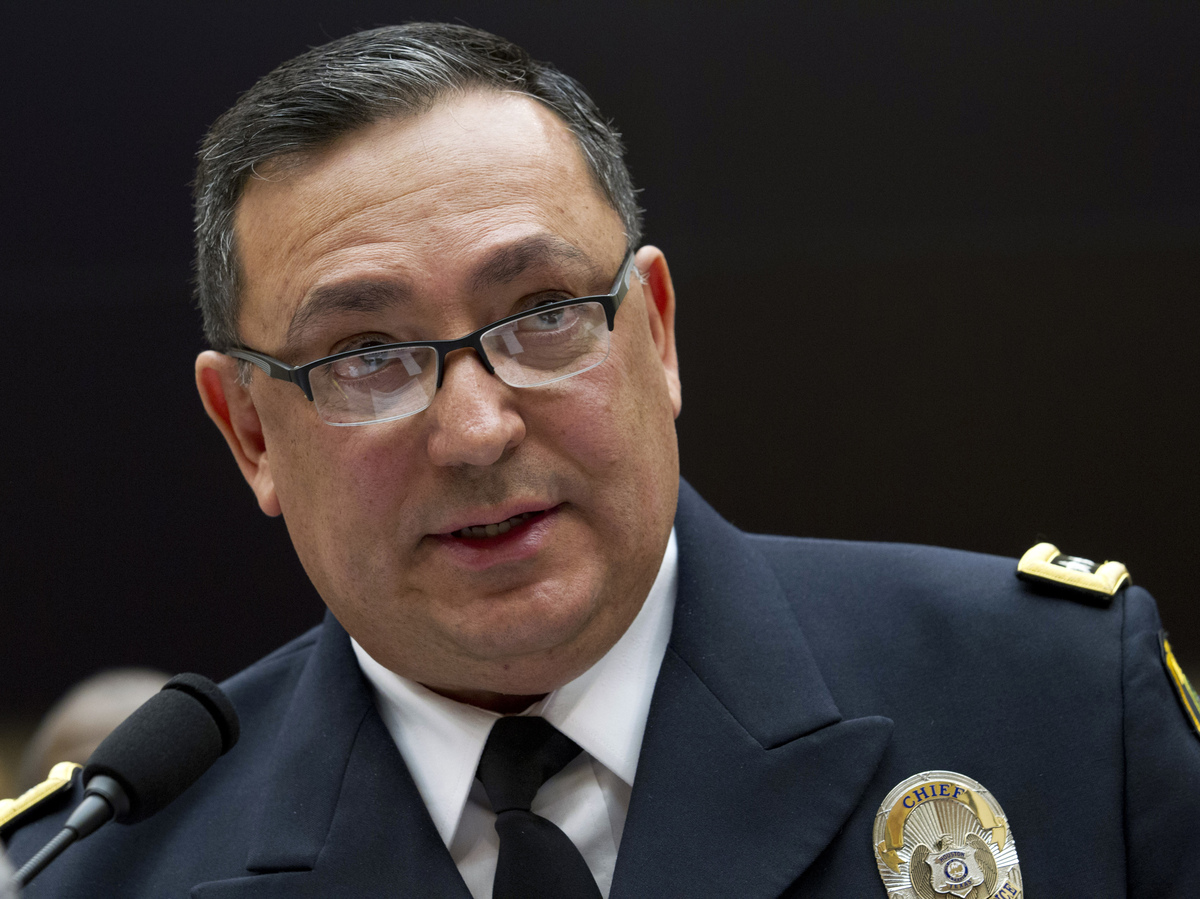 After days of public demands for access, the Houston Police Department announced it will not release video of the deadly shooting of a black man.

Adrian Medearis, a 48-year-old gospel singer and choir director, was shot multiple times by a police officer in what started off as a speeding traffic stop last Friday. The routine violation turned into a suspected drunken driving offense before quickly escalating into a deadly scuffle, according to Houston Police Department Chief Art Acevedo.

For days the victim's family said they had not been allowed to see video captured by the officer's body camera or the dashboard footage.

But on Wednesday, Acevedo said that had changed.

"We met with Mr. Medearis' family yesterday and reviewed the video evidence with them," Acevedo said on Twitter.

"At the end of our meeting, the family asked @houstonpolice to not release the videos, & we will honor their request."

The killing has incensed various communities across Texas' Harris County as it comes on the heels of another officer-involved shooting of a 27-year-old man named Nicolas Chavez, who is believed to have had a mental illness.

The back-to-back shootings — Chavez's killing occurred on April 21 — have raised questions about proper officer training and the use of excessive force by the police.

In a Tuesday rally, members of the Greater Houston Coalition For Justice said communities expect the devastating incidents will help shine a light on the department's practices.

"We want transparency," Isidro Garza, one of the group's board members, said.

Garza added that those in the organization believe the department and Chief Acevedo often "hide behind the excuse, 'It's under investigation' " to avoid releasing unflattering or damning information in cases often involving poor people and people of color.

In the case of Medearis, Garza said, the police "need to share the video with the family so they can have some peace."

He is quick to note that the request is not a condemnation of the department but rather an effort to examine the type of culture that exists within the department.

Medearis was a local musician who directed the gospel choir at Evangelist Temple Church of God In Christ, family members told Houston Public Media. He was formerly director for the Prairie View A&M University Baptist Student Movement gospel choir and founder of God's Anointed People, a contemporary gospel group. He also performed with choirs at other churches.

In a news conference Monday, Acevedo shared some details about the brief but violent incident, saying that the struggle between officer J. Ramos and Medearis lasted about 2 ½ minutes.

For a moment, it appeared as if Medearis had been subdued but when Ramos tried to call for backup, he lost control of Medearis and the fight continued.

"At that point, the suspect, Mr. Medearis, actually was able to flip the officer off of him, gain a position of advantage on the officer, on top of the officer," he recounted.

"They continued the struggle. At one point Mr. Medearis grabbed the officer's Taser that was on the ground ... and as they were struggling, the officer saw that Mr. Medearis had armed himself with a Taser, drew his service pistol, started creating space, and then Mr. Medearis when he aimed it at him, the officer discharged four rounds."

Officials said Medearis was taken to a hospital, where he died.

"Not everybody wants their loved one to be in cyberspace for the rest of eternity and for their last minute on earth to be public," Acevedo said.