Accessibility links
Uber Woos Grubhub, In A Move Lawmaker Calls 'Pandemic Profiteering' The merger talks have yet to reach a deal, but if both sides strike an accord, the combined company would emerge as the dominant player in food delivery with 55% of the U.S. market. 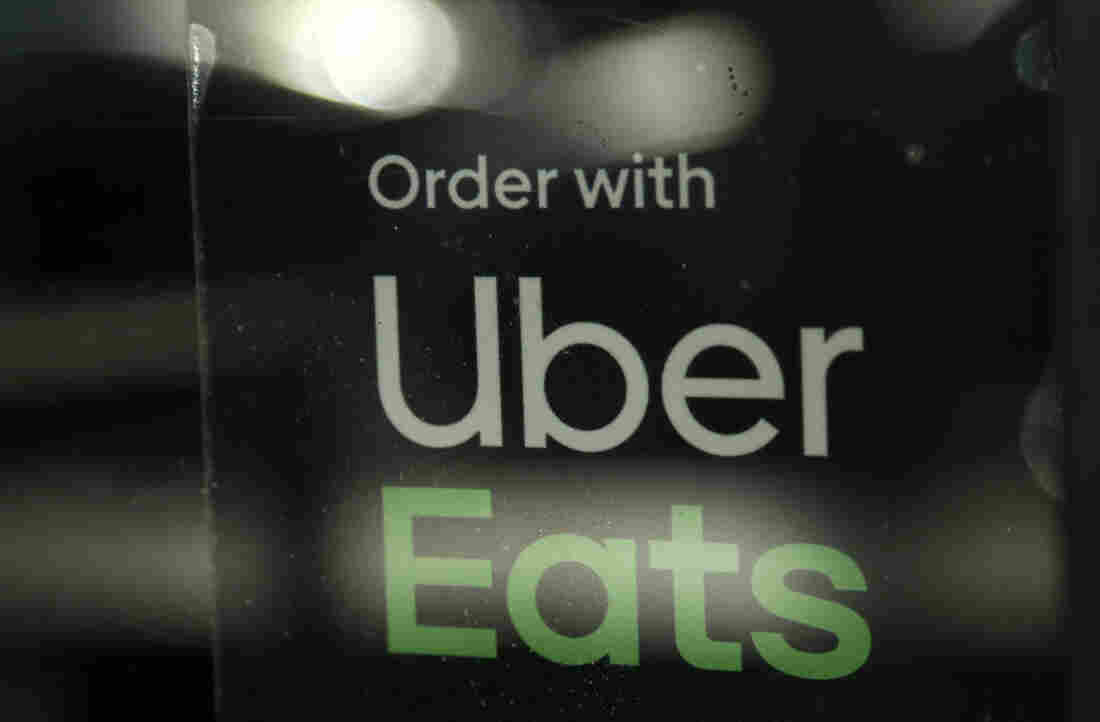 Uber Eats is in talks with Grubhub about a possible acquisition. Analysts say such a merger would make the combined company the dominant player in food delivery. Lynne Sladky/AP hide caption 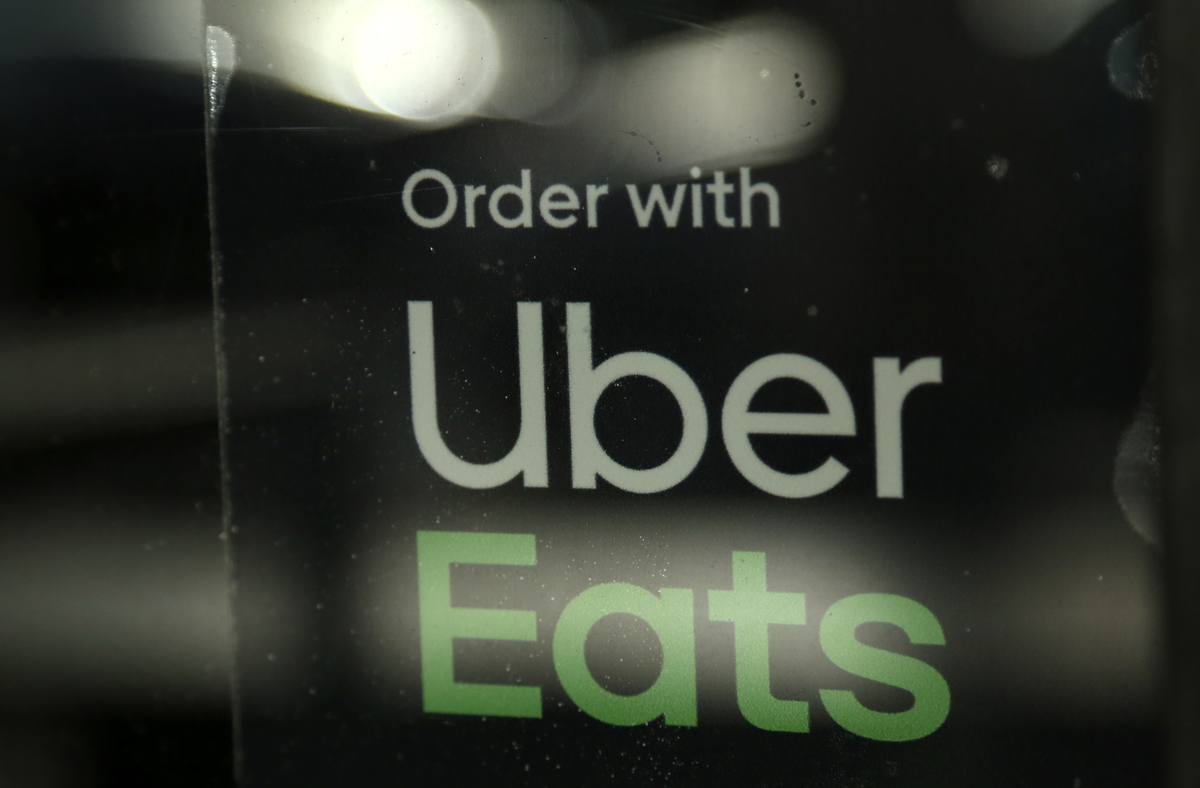 Uber Eats is in talks with Grubhub about a possible acquisition. Analysts say such a merger would make the combined company the dominant player in food delivery.

With its ride-hailing business devastated by the coronavirus pandemic, Uber is in talks to acquire online food delivery company Grubhub.

If the two sides can reach a deal, the combined company would emerge as the dominant food-delivery app with 55% of the U.S. market, according to analyst Dan Ives with Wedbush Securities.

"Clearly this would be an aggressive move by Uber to take out a major competitor on the Uber Eats front and further consolidate its market share position, especially as the COVID-19 pandemic continues to shift more of a focus to deliveries versus ride-sharing in the near term," Ives wrote in a note to investors.

With so many people unwilling or unable to go out to restaurants because of the coronavirus pandemic, demand for food delivery has surged. Competition among the various apps, including DoorDash and Postmates, has intensified.

Despite a spike in orders, none of the top food-delivery apps are turning a profit. That has caused discussion about mergers to swirl for some time. The pandemic has sped up those deliberations, says analyst Tom White with D.A. Davidson.

"We've long believed that consolidation in online food delivery is inevitable," he wrote in an email to NPR.

White predicts food-delivery apps will remain popular even after the economy gets moving again.

In March — the most recent month for which data is available — DoorDash was the most popular meal-delivery service, with some 42% of all U.S. sales in the category, according to analytics firm Second Measure. It was trailed by Grubhub with 28% and Uber Eats with 20%.

Uber CEO Dara Khosrowshahi told investors during an earnings call last week that as its ride-hailing business has nose-dived, enlisting drivers to deliver food to doorsteps may become a larger part of the company's future.

Delivery Only: The Rise Of Restaurants With No Diners As Apps Take Orders

"The big opportunity we thought Eats was just got bigger," Khosrowshahi said.

He argued that a merged food-delivery company could be a boon for both restaurants and diners.

"There is a bunch of consolidation happening on a global basis where bigger players can not only provide better service for restaurants and consumers, but can provide a better service kind of on an economic basis that is sustainable," Khosrowshahi said.

But the merger chatter comes as cities across the country are cracking down on food-delivery apps by capping the fees they can charge per order. Some restaurant owners say the fees, which can range from 10% to 40% of the total bill, hurt their bottom lines at a time when the industry is struggling to survive.

Companies like Grubhub counter that they are widening restaurants' customer bases and that the higher-end fees reflect the additional marketing services that they provide to restaurant owners who choose it. Food delivery apps also contend it would be more costly for restaurants to develop their own technology and pay for their own drivers to deliver meals.

A deal between Uber and Grubhub may run into problems with federal regulators. Analyst White said antitrust regulators may inspect the potential merger closely given the impact it could have on the restaurant sector at a time of deep peril for the industry.

U.S. Rep. David Cicilline, D-R.I., who chairs the House's antitrust subcommittee, has come out in opposition of a deal. In a statement, he characterized the potential merger in starkly critical terms.

"Uber is a notoriously predatory company that has long denied its drivers a living wage," Cicilline said. "Its attempt to acquire Grubhub — which has a history of exploiting local restaurants through deceptive tactics and extortionate fees — marks a new low in pandemic profiteering."