Accessibility links
Biden, Comey Among Obama-Era Officials Who May Have Received Flynn Intel Republican senators working with a sympathetic acting director of national intelligence have tied the likely Democratic presidential nominee into a years-long saga over the Russia imbroglio. 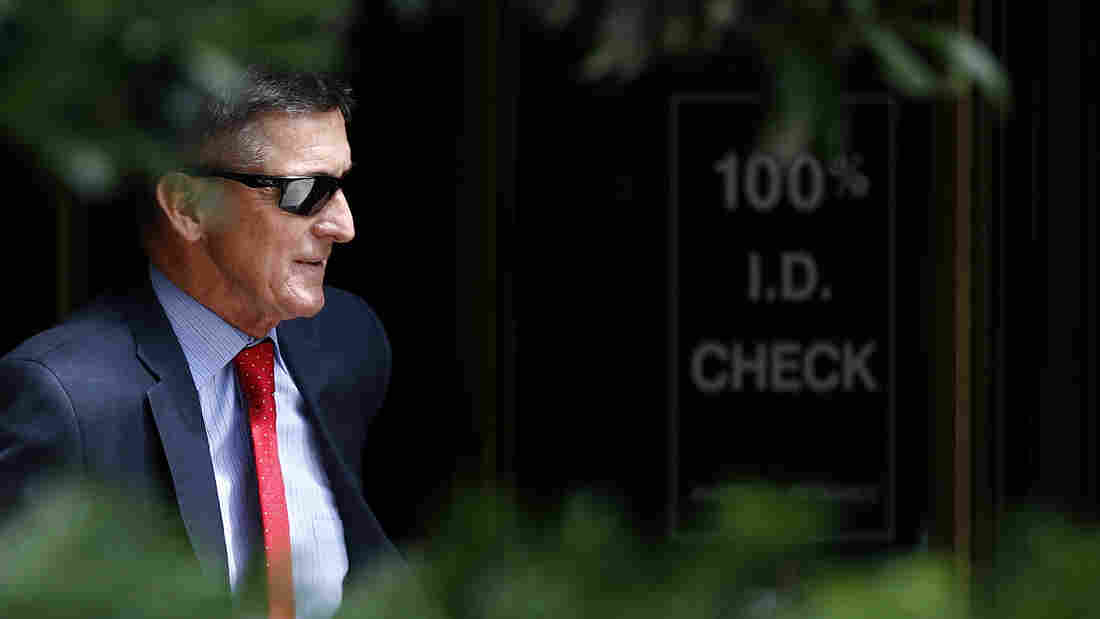 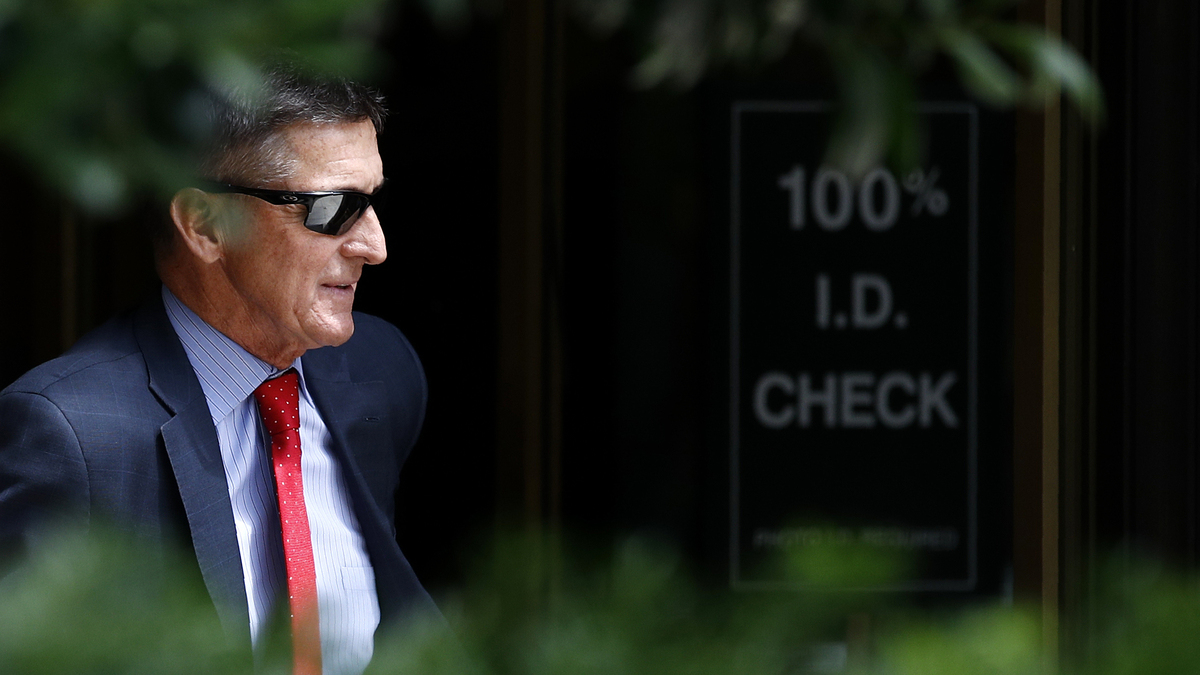 Former Vice President Joe Biden is on a list of names provided to Senate Republicans by a sympathetic spy boss in connection with the case of former national security adviser Michael Flynn.

That was the latest twist in a years-long saga that changed course again this week following action by acting Director of National Intelligence Richard Grenell, who declassified the names of a number of people who requested intelligence information in the final days of the Obama administration.

A number of former officials, including Biden, are on the list and are described as having potentially received intelligence reporting connected to Flynn. A message from the National Security Agency included with Grenell's note to the Republicans says it isn't clear who may actually have viewed it.

Nonetheless, President Trump and his supporters have sought political revenge with the release of the material years after what they perceive as a pernicious attack by the expiring Obama team.

Biden's campaign slammed what it called a political stunt that it said was an attempt by the White House to distract Americans from the coronavirus pandemic.

The melodrama began years ago, when a White House official in the final days of the Obama era revealed to The Washington Post that Flynn had spoken with Russia's then-ambassador to the United States during the presidential transition period.

That kernel of news snowballed into a scandal that led to Flynn's ouster and a guilty plea for lying to the FBI. All along, Flynn's allies have slammed Obama-era officials for leaking his identity in a political attack, calling that an abuse of power.

Meanwhile, Flynn's case never was resolved, and he has been battling back against federal authorities, helped politically by revelations about problems with the Russia investigation and by allies eager to rehabilitate him and strike at the Obama team.

This month, as the Justice Department said it was moving to drop its case against Flynn, Grenell was working behind the scenes to identify and then reveal the Obama-era officials who might have had access to the information about Flynn's phone conversation. 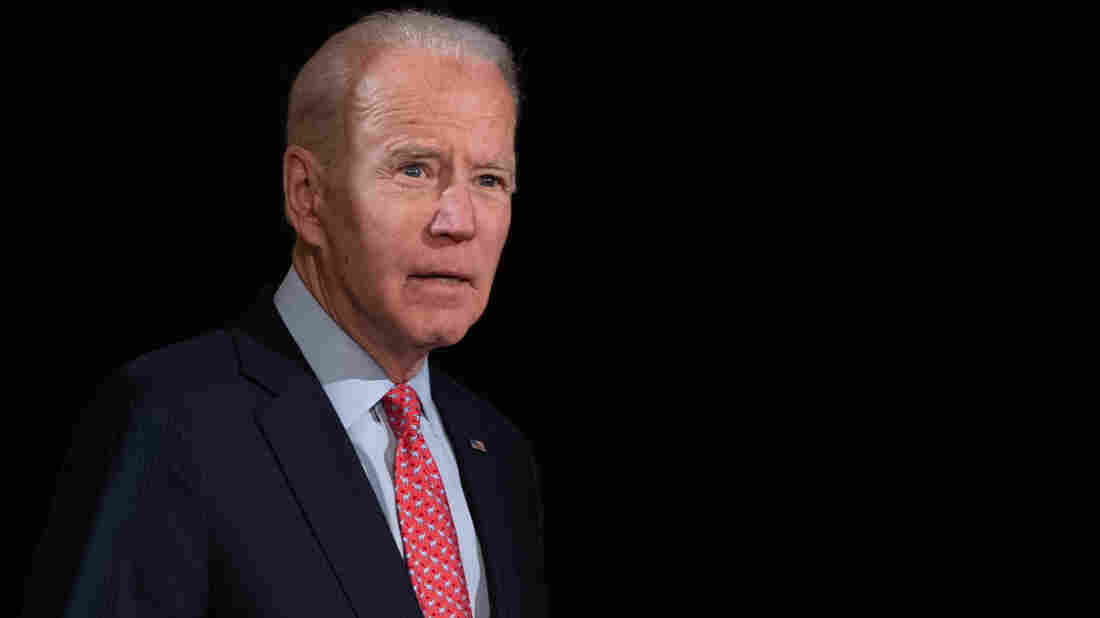 Joe Biden, then the vice president, was one of more than 30 officials who requested the unmasking of Michael Flynn, newly declassified and released documents show. Saul Loeb/AFP via Getty Images hide caption 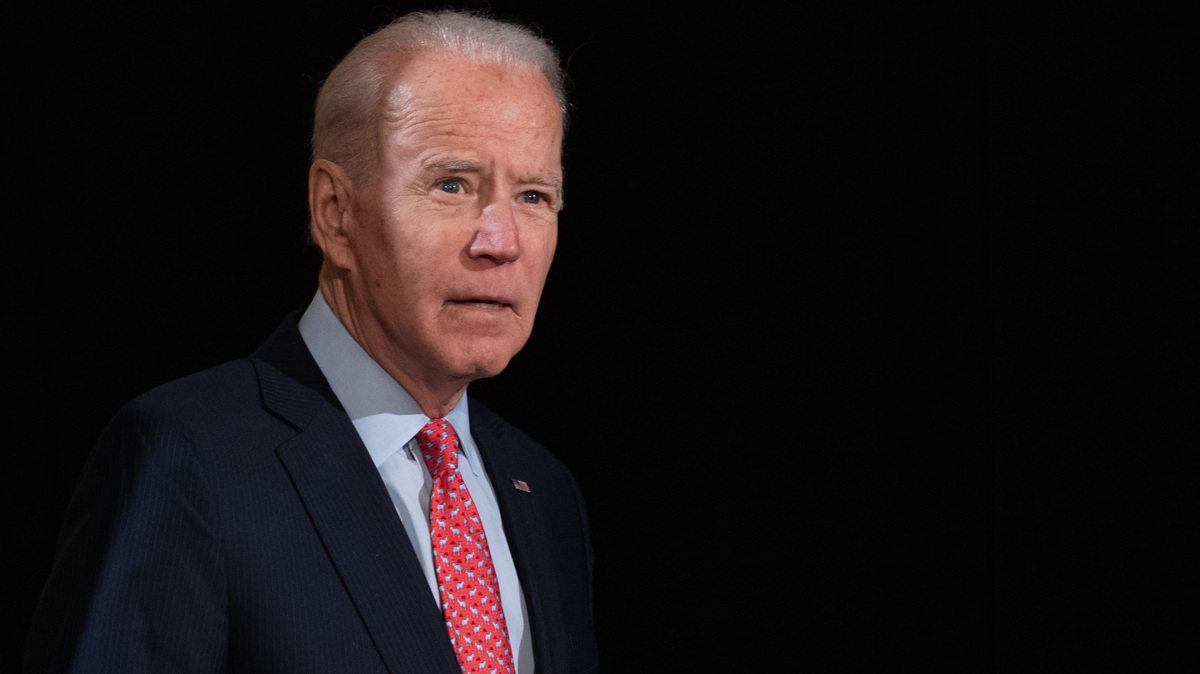 Joe Biden, then the vice president, was one of more than 30 officials who requested the unmasking of Michael Flynn, newly declassified and released documents show.

Biden, the likely Democratic Party nominee for president this year, was just one of a number of top Obama lieutenants on the list provided by Grenell. Also present were then-Chief of Staff Denis McDonough, then-FBI Director James Comey, then-CIA Director John Brennan and others.

Grenell provided the list to Republican Sens. Chuck Grassley of Iowa and Ron Johnson of Wisconsin, who unveiled it on Wednesday. The senators demanded explanations from Biden and the others.

"The officials listed should confirm whether they reviewed this information, why they asked for it and what they did with it, and answer many other questions that have been raised by recent revelations," Grassley and Johnson said in a statement. "We are making this public because the American people have a right to know what happened."

Revealing classified information is against the law, and the identification of the names on Wednesday could set the stage, at least in theory, for the prosecution of whoever was connected definitively with talking to The Post.

Andrew Bates, a spokesman for Biden's campaign, slammed what he called an attempt by the Trump administration to change the subject in Washington from the coronavirus disaster.

"Donald Trump's attempt at dishonest media manipulation to distract from his response to the worst public health crisis in 100 years has backfired," he said.

"These documents simply indicate the breadth and depth of concern across the American government — including among career officials — over intelligence reports of Michael Flynn's attempts to undermine ongoing American national security policy through discussions with Russian officials or other foreign representatives."

The U.S. intelligence community produces a flood of reporting about myriad targets and issues around the world. In much of what it yields, the identities of "U.S. persons" are "minimized": Rather than saying "Foreign Agent X communicated with John Smith," a report might say, "X communicated with U.S. Person 1."

Spy agencies get thousands of such unmasking requests per year, and records are kept, as confirmed by Grenell's documents, about who makes them. But the material from the intelligence community also says that people can make requests on behalf of their bosses — their "principals," in government-speak.

So "while the principals are identified ... we cannot confirm they saw the unmasked information," the NSA document says.

Bates, the Biden spokesman, underscored that the "minimization" of intelligence reports means that serving officials can't single out "U.S. persons" — because their identities aren't revealed.

What intelligence "consumers" see are reports focused on prior targets of collection, such as foreign spies or diplomats, and references to contacts that radiate outward from them.

"Importantly, none of these individuals could have known Flynn's identity beforehand," Bates said. "These documents have absolutely nothing to do with any FBI investigation, and they confirm that all normal procedures were followed — any suggestion otherwise is a flat-out lie."

In late 2016 and early 2017, Flynn and the Trump transition team began making contacts with foreign diplomats, many of whom likely were ongoing surveillance targets. That means "U.S. Persons" connected with the new administration also likely began cropping up in the reporting about their conversations.

Sen. Lindsey Graham, R-S.C., said on Wednesday that he wants more information about who else from the Trump camp besides Flynn might have been in those reports.

On Dec. 29, 2016, Flynn spoke on the phone with Russia's then-ambassador to the United States and asked him to ask his government not to retaliate against punitive measures then being imposed on Moscow by the outgoing Obama administration.

The ambassador's communications were being monitored, and U.S. officials learned about the contents of that conversation with Flynn. But when Flynn and the White House later talked publicly about what was said, the two stories didn't match.

The backdrop for all this was a fun-house mirror political environment in Washington at a time when many Americans were reeling from the revelations about Russia's interference in the recent election.

Trump, meanwhile, was denying there had been any interference, claiming that his campaign had no contact with those involved and that he had no business dealings with Russia.

Those claims all eventually would be exploded, although investigators never made any conspiracy charges against anyone in Trump's camp for cooperating with the Russians who interfered in the election.

In early 2017, the FBI had been investigating whether anyone in Trump's camp — including Flynn — might have been coordinating with the Russians who were attacking the election.

Flynn had traveled to Russia for a dinner with Putin and took tens of thousands of dollars' worth of payments from Russian entities. Obama warned Trump personally about Flynn.

Subsequent evidence has suggested that in early 2017, investigators may have been ready to close the file on Flynn. Then came the flap over the sanctions conversation; special agents went to interview him about it.

Flynn lied to them about the discussions and later accepted a deal in which he agreed to plead guilty in exchange for a comparatively lenient prosecution and cooperating with investigators, which he did until a change of tune last year.

This year, Flynn's team asked for a rescinding of that guilty plea and began a legal campaign to reveal material from the FBI officials involved with his interview — documents that have shown it in a new light.

Those documents, along with subsequent investigations about the investigation, have since shown how problematic the Flynn encounter was for the FBI and how divided the leadership of the bureau and the Justice Department were.

Those new facts about the case, along with the presence of Grenell as the acting boss of the spy infrastructure, have created an opening for payback by Trump, Grassley and Johnson.

The Justice Department dropped its charges against Flynn, although his case remains unresolved.

An earlier version of this story misspelled Denis McDonough's first name as Dennis.