Accessibility links
Our Daily Breather: Maintaining Sanity During A Pandemic In Our Daily Breather, we ask writers and artists to recommend ways to find calm in the midst of the COVID-19 crisis. Molly Sarlé has been spending time with her neighbors (from a safe distance).

Our Daily Breather: Molly Sarlé On Getting To Know Your Neighbors

Our Daily Breather: Molly Sarlé On Getting To Know Your Neighbors 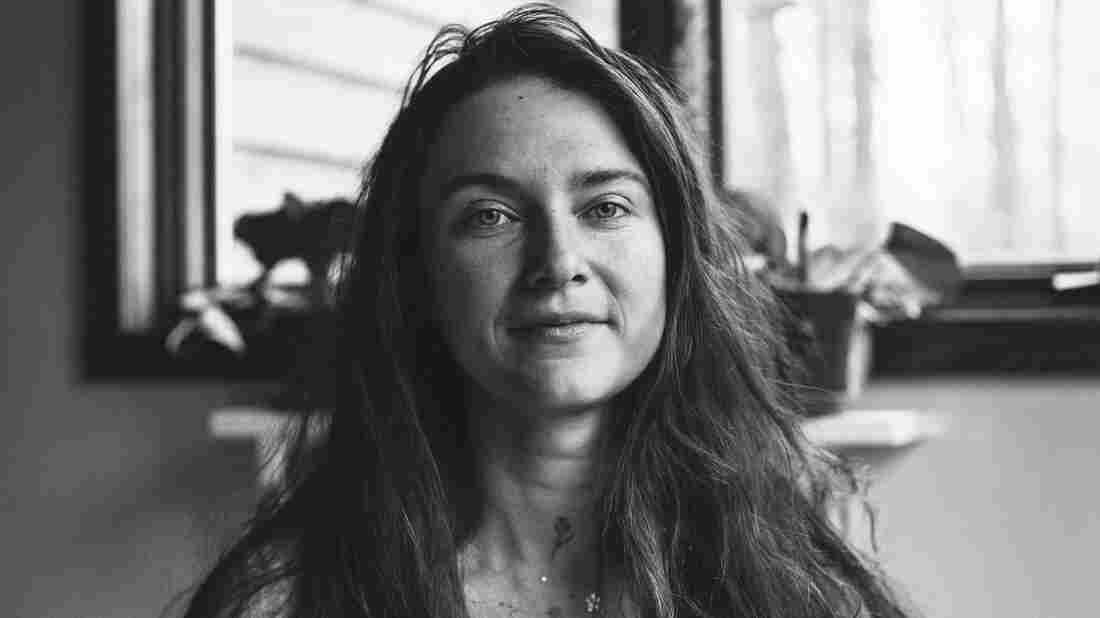 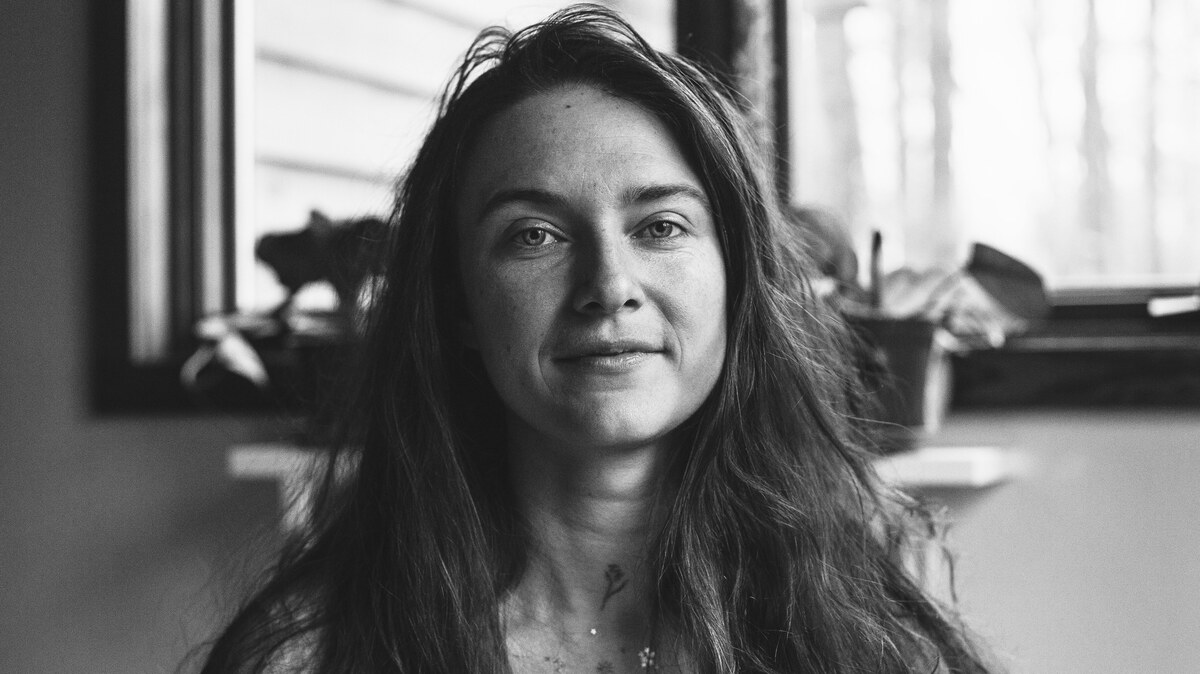 Recommendation: Getting to know your neighbors

I live out in the North Carolina country on about five acres with chickens, dogs, a big garden, Emily-Kate and Jodi. I hadn't met most of our neighbors until the pandemic started, except for June, who lives across the street and feeds my cat Magic Ship sometimes when I'm on tour.

There is a small wire fence that surrounds part of our yard — where it meets the neighboring field. When the windows of my room are open I can hear kids yelling, running around in that field, playing "Narnia." I met Carly, Kali, Reily and Lilly a couple months ago when they popped up on the other side of our fence and told me they liked my singing (I was singing some Annie Lennox really loud). We started passing notes by tying them to the fence. On the first note I suggested we have a social distance tea party, on our respective sides of the wire fence, in our respective fields. We've had one every Friday at 4 p.m. since. 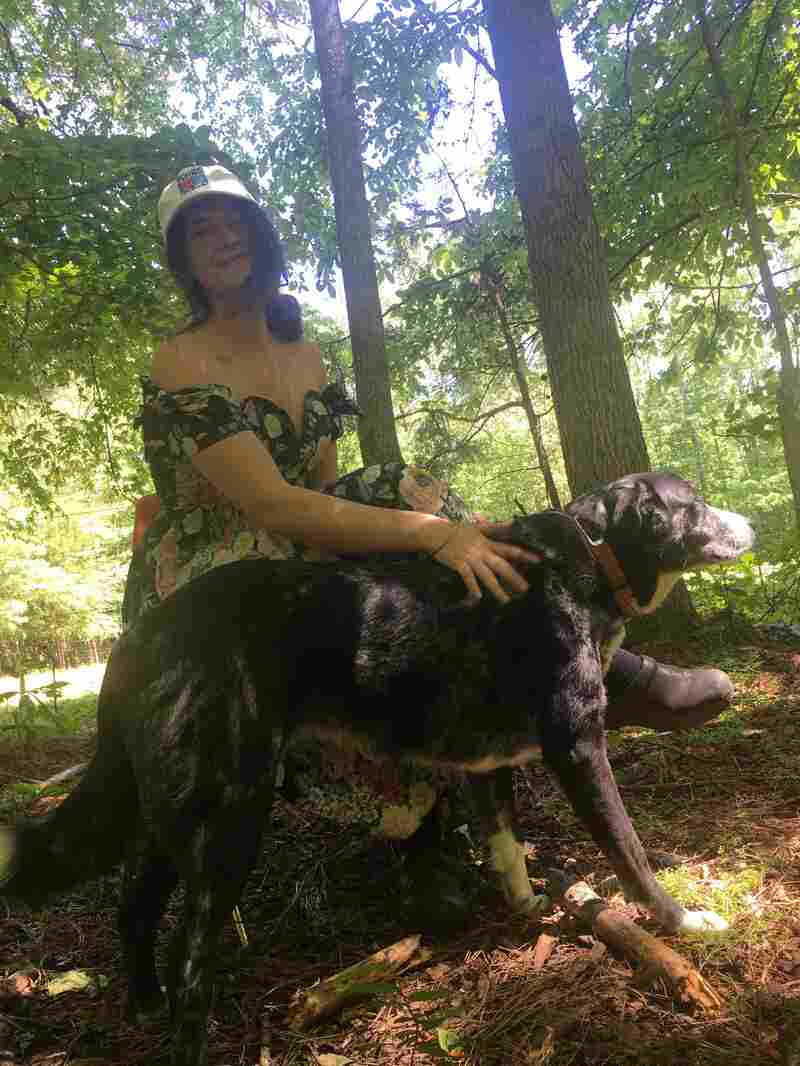 The kids bring their blankets and their dogs: Harper Lee, as well as the most recent addition, a little lab named Elvis. Sometimes an ancient and majestic German Shepherd hobbles up the field on his long legs to bark at us. Our dogs Sid and Chispa join in sometimes too. Angela, their mama, is a tea party regular, and a literal saint; she used to follow the Grateful Dead. Cali can eat 20 Pringles at once, just munching around the edges, it's an inspiring move. She is the most wild of the bunch, inserting sometimes violent stories into the conversation, with a big grin on her face before running off into the field. She reminds me of the way I act sometimes when I don't know how to process the violence of this world.

I think I've seen each of the kids grow at least two inches since I met them two months ago. Reilly, the youngest, has grown out of her cool tie-dye Crocs; now she's got Nike sandals. She painted us a watercolor that we hung up in our bathroom — it's of a wide open blue sky, with two clouds over a green field, like what she sees everyday. We put a Mason jar up on the fence post; Emily-Kate suggested the kids write some poems and put them in the jar.

Later in the week I ran into them and they told me, "We don't have time to write poems Miss Molly" — completely understandable. The last time we met up, we commiserated over not knowing when this is going to be over, but we've got each others backs now, and it's good to get to know the voices I hear moving in and out in the field all day long.