Accessibility links
Account Of Coronavirus Outbreak In China Comes To English-Speaking Audience In 'Wuhan Diary' Before COVID-19 engulfed the Chinese city of Wuhan, Fang Fang was already an award-winning novelist. But her chronicle of the lockdown of her hometown might be her most lasting work. 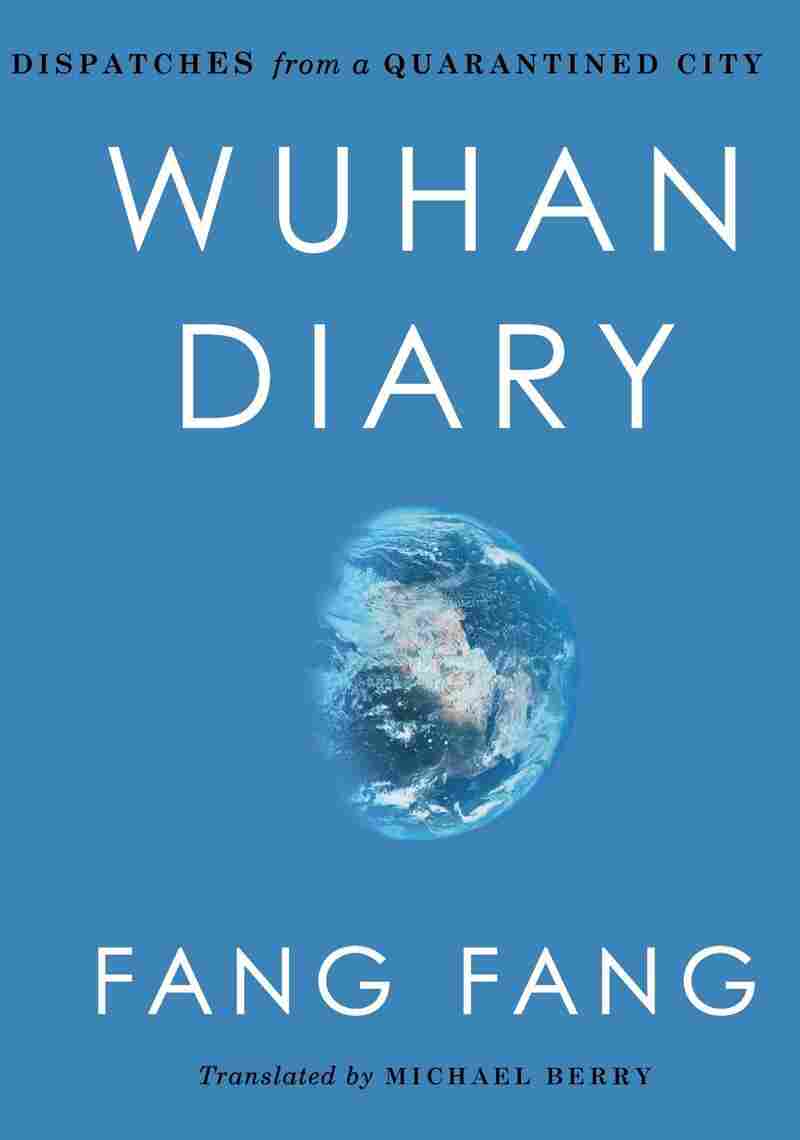 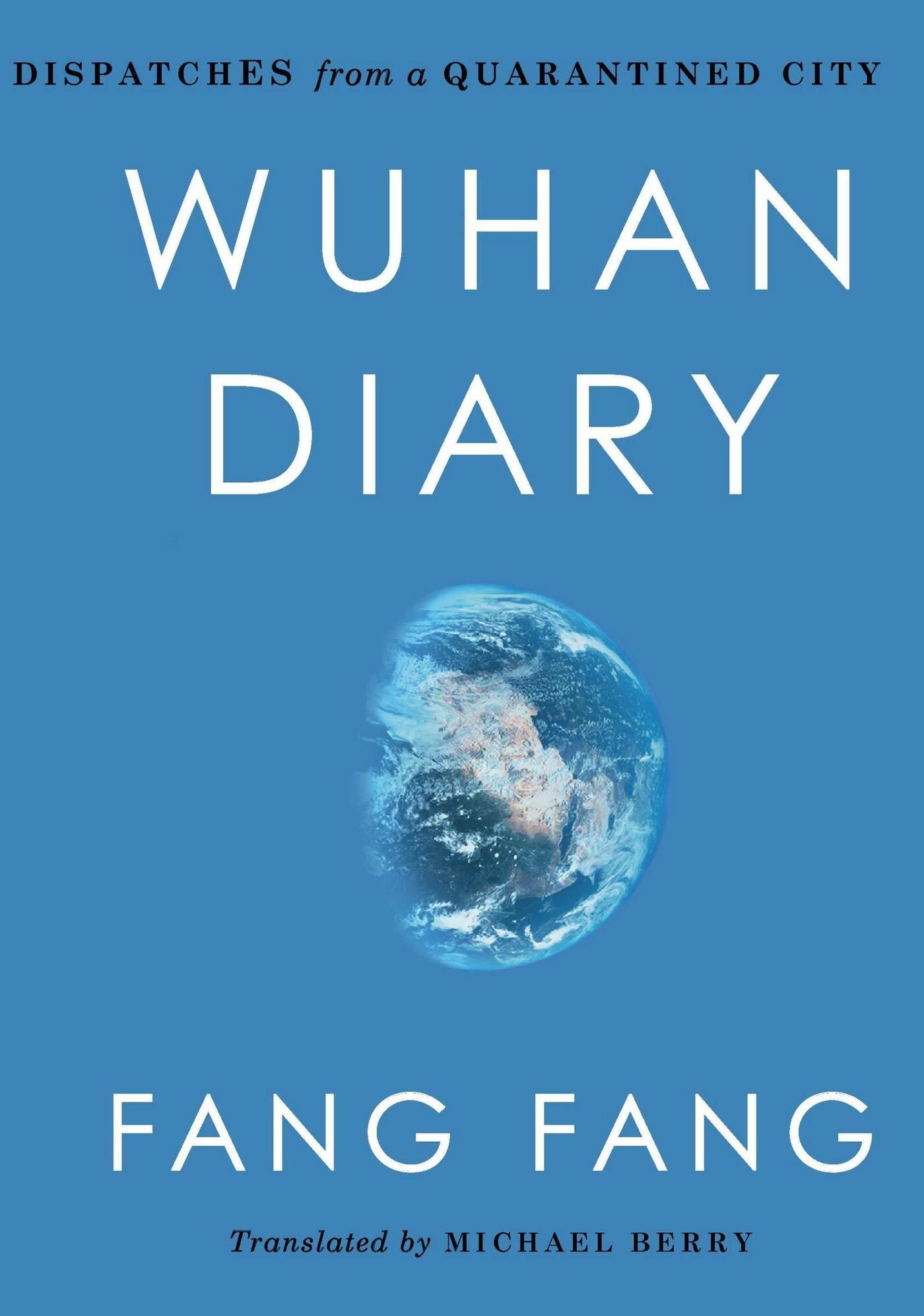 Wuhan Diary: Dispatches from a Quarantined City, by Fang Fang

In her now-world-famous writing, Chinese author Fang Fang implores: "The departed are gone, but the living must go on. As before. I just hope we can remember."

The writer's detailed account of the novel coronavirus outbreak in the Chinese city of Wuhan, originally published in Chinese as a daily diary as the virus rapidly spread there, becomes available in English on Friday as Wuhan Diary: Dispatches from a Quarantined City. Bits and clips of Fang Fang's writing on the situation in Wuhan made it out of China and into English as the outbreak was unfolding, but now the full account will be available in English.

Memory is central to Fang Fang's diary. So is making sense of the complete absence of things: of life as we knew it; of any and all economic activity. Like tens of millions of other readers, I read Fang Fang in the monotony of self-isolation, looking for a common understanding of how the pandemic had changed the country we were living in — China.

Before the novel coronavirus engulfed the Chinese city of Wuhan, Fang Fang was already an award-winning novelist of realist fiction. But her chronicle of the lockdown of her hometown Wuhan might be her most lasting work.

Fang Fang penned her first entry on January 25, two days after the city was suddenly sealed off from the rest of China, to let friends and anyone curious understand "what is really going on here on the ground in Wuhan." Over the next 59 entries spanning more than two months, her writing veers from a collection of the quotidian aspects of life under lockdown to her mounting frustration with local officials — no small gesture of bravery in China.

Out of necessity, her diary supersedes any kind of traditional literary work, in both content and form.

By early February, China's Internet censors were working overtime, during the height of the epidemic, to erase critical content. Fang Fang's diary thus often serves as an archive, describing videos and news items usually deleted by the time she managed to publish her daily entry. As her online diary begins to attract millions of readers, she begins incorporating information gleaned from text messages and phone calls from well-connected friends in the arts and medical fields, forming a kind of written collage of Wuhan.

Eventually, the censors came for Fang Fang. Loyal readers took screenshots of her entries before they were deleted, or helped repost entires on various other social media channels.

Unfortunately, the English translation of her diary in book form is not able to capture this multidimensionality. Wuhan Diary loses much of its engaging, real-time nature by condensing her 60 entries into a single tome. Nonetheless, it is a heroic feat of speedy translation from veteran Michael Berry.

"You have that whole connecting universe extending from her diary entries...of course, reading it now, after the fact, is a very different experience," Berry, who is also translating Fang Fang's last novel, Soft Burial, told NPR. Still, readers in the U.S. will likely find many of her gripes about local officials and the burden of social distancing all too relevant.

Fang Fang's Wuhan diary remains significant as a document of the trivial, tragic and absurd during Wuhan's 76 days of lockdown. Such a document is especially important now, when so much of how the coronavirus spread — and what governments across the world did or did not do to contain it — is already being contested by the U.S. and China.

"Imagine this: the author Fang Fang did not exist in today's Wuhan...What would we have heard? What would we have seen?" asked writer Yan Lianke in a widely-shared online talk in late February. Memory, Yan goes on to say, is the most basic hedge against future injustice: "While memories may not give us the power to change reality, it can at least raise a question in our hearts when a lie comes our way."

Fang Fang's diary, then, is an important record how Wuhan's people suffered and ultimately persevered, even as the state wants to erase its initial fumbles from the official record.

Raising questions does not make one popular in China these days. Nearly immediately after she began publishing her entries, an online army of ultra-nationalists deluged Fang Fang, indignant that in airing doubts about the superiority of China's coronavirus containment she was betraying her motherland. That her diary could be published in English only months after the Wuhan lockdown was lifted, they hinted darkly, meant Fang Fang was deliberately aiding Western countries to smear China and to profit off the suffering of Wuhan. Berry says even he has received thousands of angry emails and death threats for simply translating her writing.

One anonymous letter, allegedly written by a high school student, lambasted Fang Fang for airing China's dirty laundry out for everyone to see. "My child, I also want to tell you that when I was 16 years old, I was much worse off than you are. At that time, I had never even heard of words like 'independent thought,'" Fang Fang gently wrote back.

China today is more globalized and more confident than ever. It has also become more hostile to foreign ideas, suspicious they are Western designs to stop China's rise, and has demonstrated its willingness to engage in bare-knuckles diplomacy.

Voices like Fang Fang's — who remember well the brutal decade of the Cultural Revolution, when adolescent Maoists tortured, persecuted and beat to death the politically incorrect, as well as the subsequent prosperity of economic reform and opening— are increasingly rare in China. But in the context of larger conversations being had about China and its place in the world, American readers would do well to remember they exist.