Accessibility links
Trump Says 'America First' Approach To Replenish Medical Stockpile The president visited a medical supply distributor in Pennsylvania on Thursday and said he will use an international development finance loan agency to boost the U.S. stockpile of medical supplies. 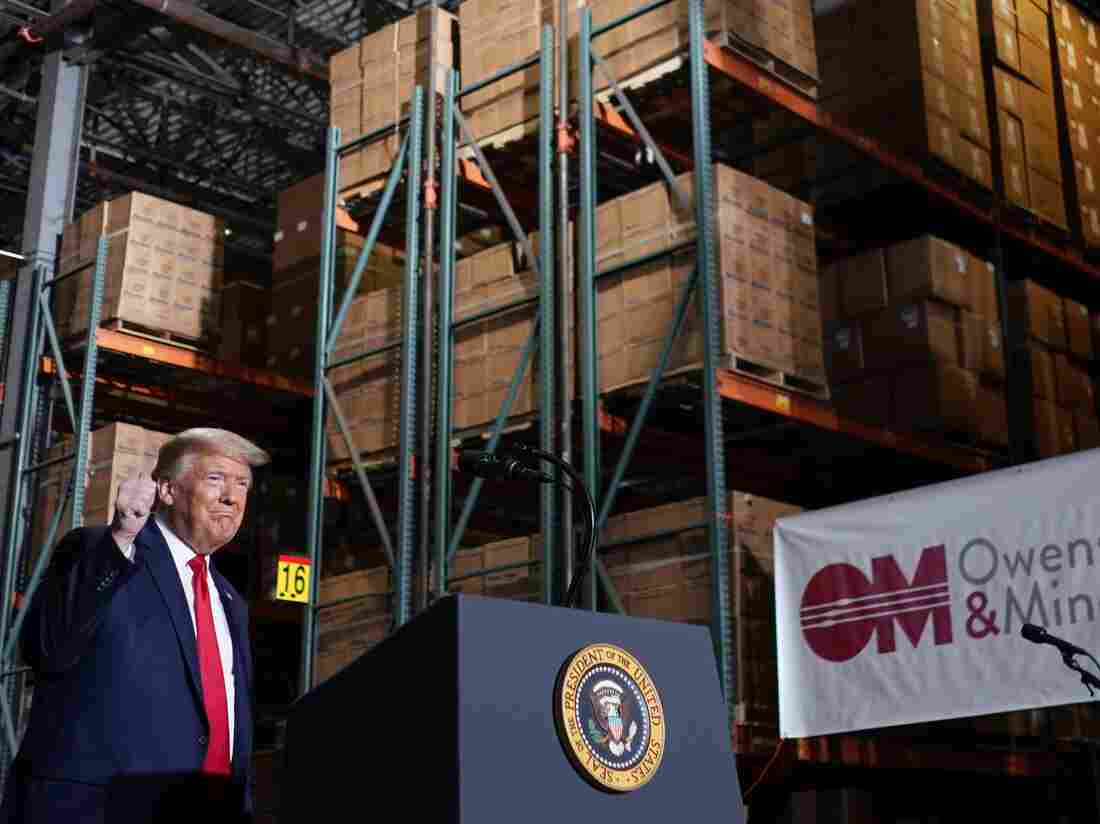 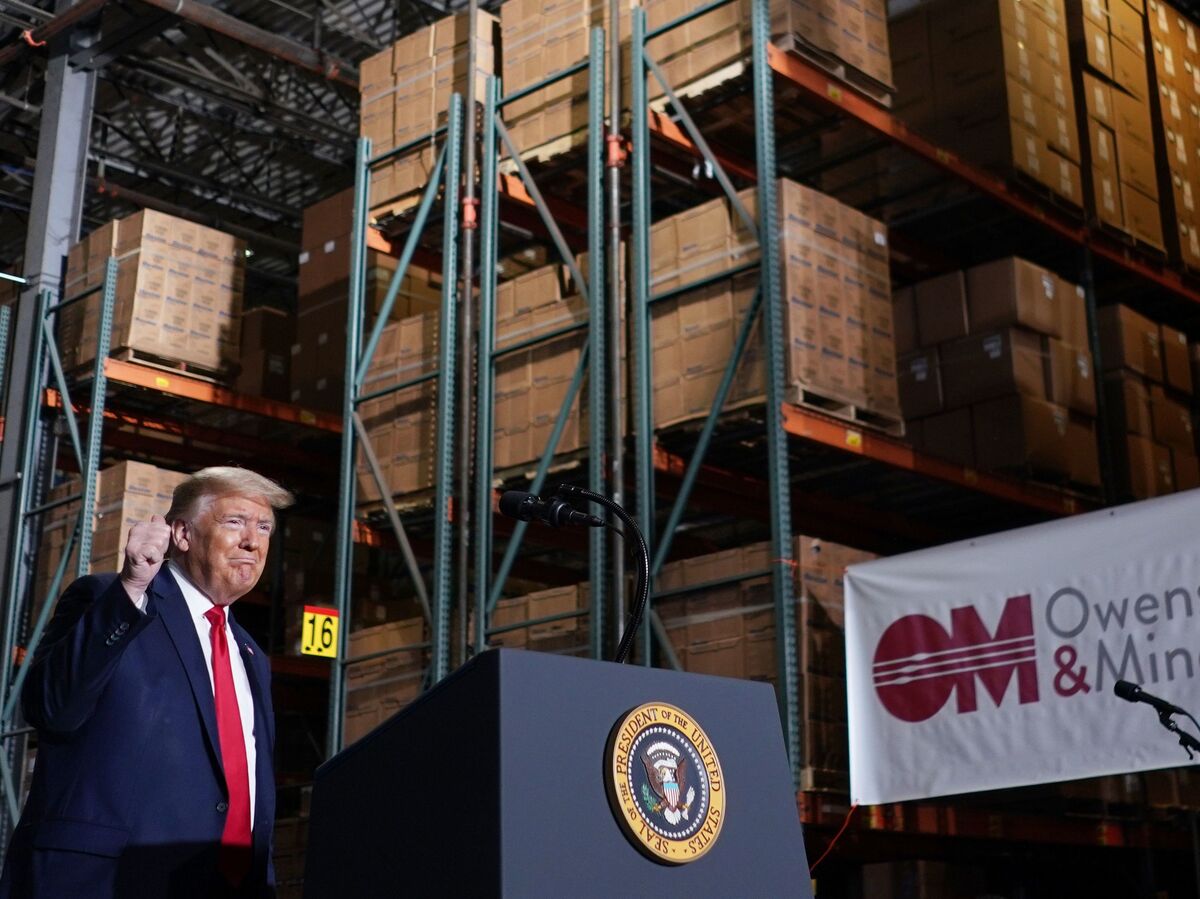 President Trump used a medical equipment distribution center in the battleground state of Pennsylvania on Thursday as a backdrop to announce he will use an international development finance agency to rebuild the U.S. stockpile of medical supplies depleted by the coronavirus pandemic.

Trump told workers at a distribution center in Allentown, Pa., owned by Owens & Minor, a company that makes masks and other personal protective equipment, that he had signed an executive order giving the U.S. International Development Finance Corporation the power to issue loans to U.S. companies to boost supplies needed to respond to pandemics.

"You know what a globalist is? They want the globe to do well, but they don't care about us," Trump said. "Now we want everybody to do well. But we have to take care of America first. It's got to be America first."

Trump said the federal agency normally invests in economic development projects in other countries. "I said, 'How about investing in our country? We invest in other countries!' " Trump said, noting he had used the Defense Production Act to back his executive order.

"Under my order, it will now also invest in our country, helping to bring vital factories, pharmaceutical producers, and most importantly jobs back home where they belong," Trump said.

A White House official said loans and financing would come out of a Defense Production Act fund at the Treasury Department. Congress appropriated $1 billion to that fund as part of the March 27 CARES Act responding to the pandemic.

The administration plans to rebuild the national stockpile of medical supplies to create a 90-day "buffer" for future cataclysmic events, three senior administration officials told reporters on a conference call. Over the next few months, the administration hopes to add 300 million N95 masks, 67 million medical gowns as well as critical drugs and testing supplies to the stockpile.

Trump has long pushed to boost domestic manufacturing as part of his "America First" ethos and said the coronavirus pandemic proves his point about the need to bring manufacturing supply chains back to the United States from overseas.

"Look, there's nothing good about what happened with the plague, OK — especially the death — but the one thing is, it said, 'Trump was right,' " Trump said in an interview that aired on Thursday on Fox Business News.

Most facilities that make active ingredients for medicine sold in the United States are offshore, according to Food and Drug Administration figures. The biggest suppliers of active pharmaceutical ingredients are India and China.

During the pandemic, the U.S. also has raced to find supplies of medical equipment and test supplies from abroad.

"I was getting a lot of fightback, even from people that I like a lot in Congress, and now they're not fighting," Trump said. "These stupid supply chains that are all over the world ... one little piece of the world goes bad, and the whole thing is messed up."

Adam Boehler, the head of the DFC and a former top official at Health and Human Services, has been working with the White House coronavirus task force since March.

In a statement, Boehler said the agency will be able to help "re-shore critical industries in our country" but "will remain unwavering in our commitment to investing in emerging markets, many of which are also suffering from this pandemic."

The agency has a $60 billion investment cap for international projects. A DFC spokeswoman said none of those funds would be redirected to domestic projects.