Accessibility links
Court Allows Emoluments Case Against Trump Over D.C. Hotel To Proceed The District of Columbia and Maryland say Trump is violating the emoluments clauses of the Constitution that prohibit the president from receiving gifts or favors from foreign and state governments. 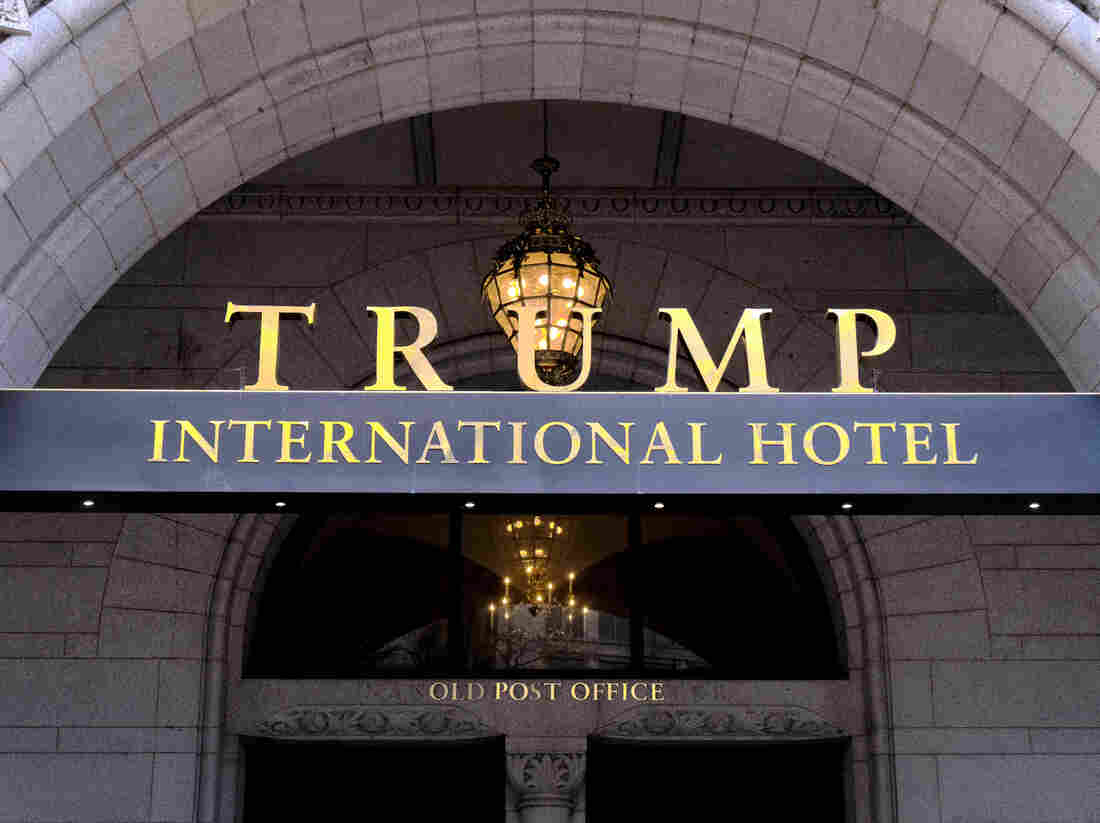 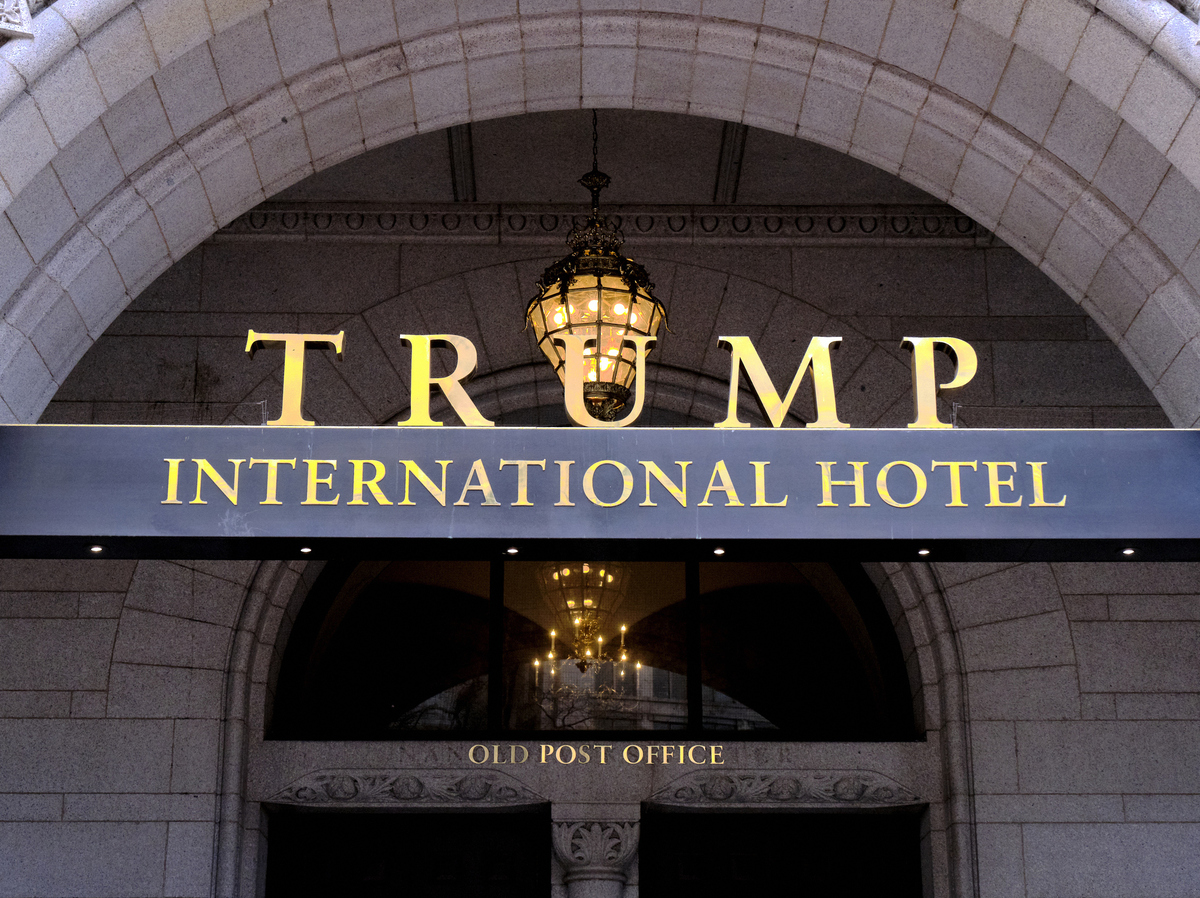 President Trump will not be able to shake off a lawsuit that accuses him of violating the Constitution by continuing to own his businesses while serving as president, a federal appeals court ruled Thursday.

The 9-6 decision by the full 4th Circuit Court of Appeals opens the way for the governments of Washington, D.C., and Maryland to get documents and financial records in the case.

In a 21-page decision, Judge Diana Gribbon Motz described some of the Department of Justice's arguments on behalf of Trump as "puzzling."

"[I]n the United States, every person — even the President — has a duty to obey the law," wrote Motz.

The case centers on the once-obscure emoluments clauses of the Constitution, which prohibit the president from receiving gifts or favors from foreign and state governments. Trump's downtown Washington hotel, which occupies a building leased from the federal government, has been at the epicenter of the ethics disputes around the president.

Officials from Kuwait, Saudi Arabia and other countries have collectively spent hundreds of thousands of dollars at the hotel, just a few blocks from the White House. The lawsuit's plaintiffs say those profits are funneled directly to Trump's business coffers.

The District of Columbia and Maryland say planners of major events are booking gatherings at Trump's hotel over their own taxpayer-owned facilities, making them lose profits because, they allege, doing business at Trump's hotel is now seen as a way to curry favor with the president.

A smaller panel of the court's judges had initially ruled against D.C. and Maryland.

The case involving Trump's hotel is one of multiple lawsuits that seek to pry open Trump's business records in light of his decision to neither divest his assets nor disclose his financial records.

After his 2016 election, Trump broke with decades of practice by past presidents and decided to maintain ownership of his businesses, which include hotels, resorts and office buildings around the world. He says his sons manage the day-to-day operations, however.

Amid the legal challenges, the Trump Organization had been trying to sell the hotel. However, the economic downturn brought about the coronavirus pandemic has shelved those plans for now.

Will Supreme Court Bail Out Trump In Subpoenas For Financial Records?

The 4th Circuit's decision comes the same week that Trump's attempts to prevent his tax and financial records from being released to Congress and New York state investigators were the subject of arguments in the U.S. Supreme Court. A decision in those cases is expected this summer.

"We disagree with the decision of the Fourth Circuit. This case is another example of Presidential harassment. We will be seeking review at the Supreme Court," said Jay Sekulow, one of Trump's personal lawyers.

A Department of Justice spokesman confirmed that the case would be appealed to the Supreme Court.

If the U.S. Supreme Court takes the case, the arguments could potentially take place this fall, right at the peak of presidential campaign.