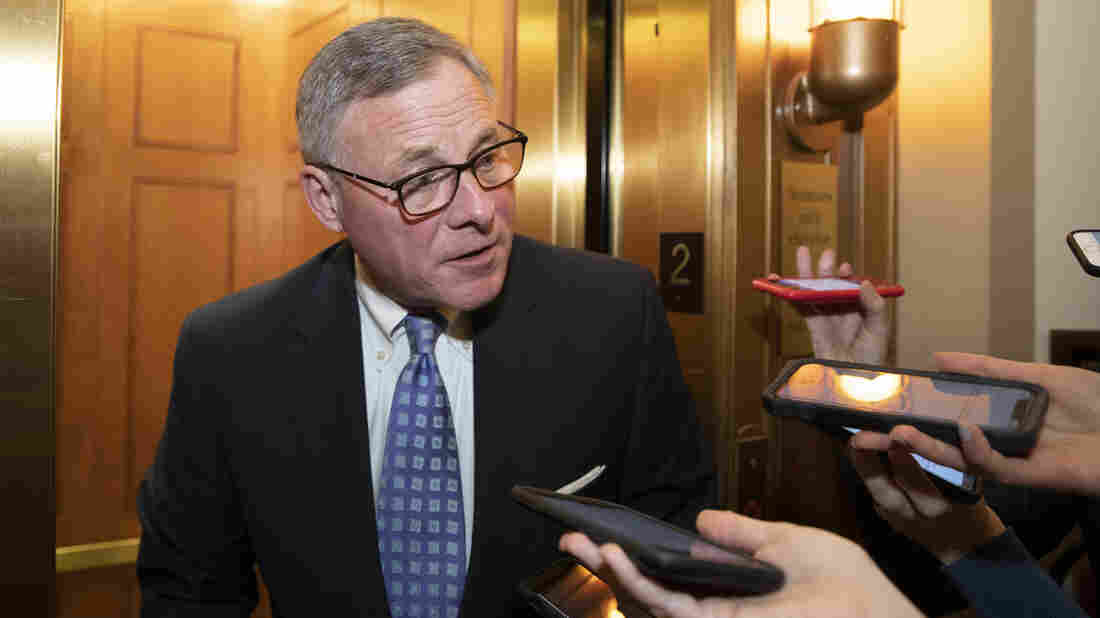 Sen. Richard Burr, R-N.C., here in February, is temporarily stepping aside as chairman of the Senate Intelligence Committee during the investigation of his stock sales. He has denied any wrongdoing. Alex Brandon/AP hide caption 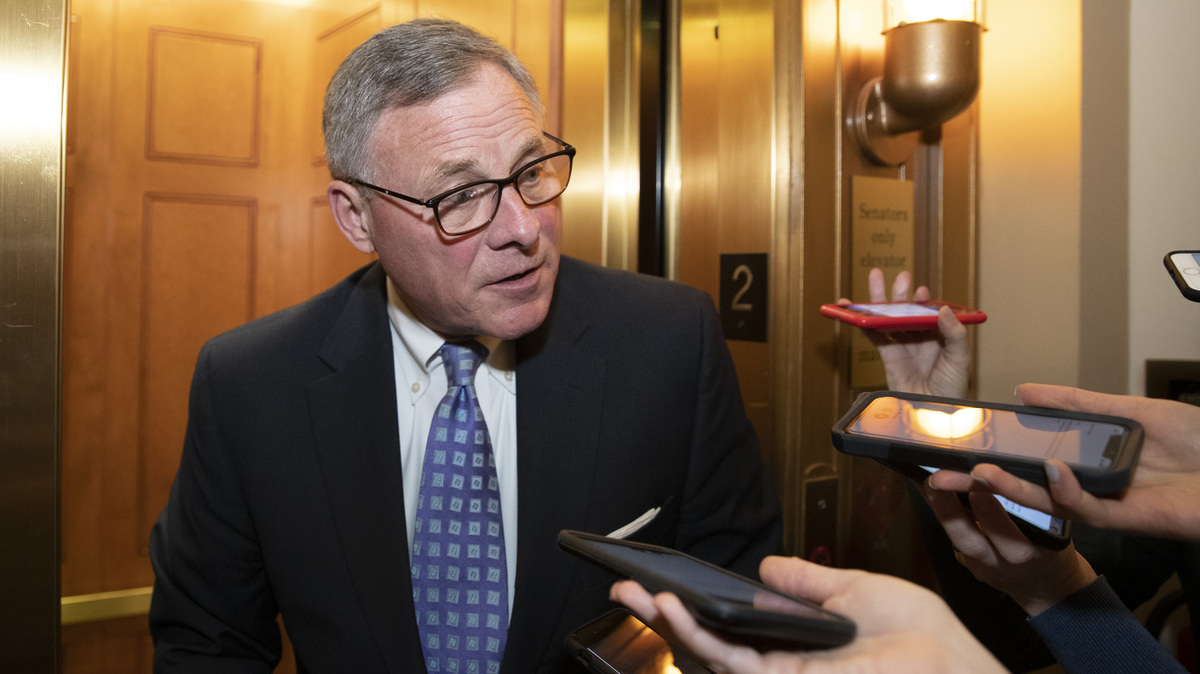 Sen. Richard Burr, R-N.C., here in February, is temporarily stepping aside as chairman of the Senate Intelligence Committee during the investigation of his stock sales. He has denied any wrongdoing.

Sen. Richard Burr, R-N.C., is stepping aside temporarily as chairman of the Intelligence Committee amid a Justice Department investigation of his stock trades, Senate Majority Leader Mitch McConnell announced Thursday.

"Senator Burr contacted me this morning to inform me of his decision to step aside as Chairman of the Intelligence Committee during the pendency of the investigation," McConnell said in a written statement. "We agreed that this decision would be in the best interests of the committee and will be effective at the end of the day tomorrow."

Burr's move calls to mind Sen. Robert Menendez, D-N.J., who in April 2015 stepped down as ranking member of the Foreign Relations Committee after being indicted on corruption charges. Those charges were eventually dismissed.

A senior Justice Department official told NPR that the FBI executed a search warrant Wednesday and seized Burr's cellphone. The Los Angeles Times first reported the news of the search.

Speaking to a C-SPAN reporter Thursday, Burr said he was cooperating with investigators.

"Everybody ought to let this investigation play out," he said.

When asked why he stepped away from his committee chairmanship, Burr said: "This is a distraction to the hard work of the committee and the members, and I think the security of the country is too important to have a distraction."

At issue are stock trades Burr made before the market crash caused by the coronavirus pandemic. ProPublica reported that he dumped up to $1.7 million in stocks while assuring the public that the U.S. was well-positioned to withstand the outbreak.

Burr and fellow Senate Republican Kelly Loeffler of Georgia faced scrutiny for dumping millions of dollars in stocks ahead of the economic downturn. Both have denied any wrongdoing.

Through a spokesperson, Loeffler declined to say if she has talked with federal investigators regarding the more than $20 million in stocks she and her husband sold following a closed-door Senate briefing on coronavirus. However, Loeffler said no warrant has been served as this time and rejected allegations of any impropriety regarding stock trades earlier this year.

"Allegations of improper trading by Sen. Loeffler are completely false based on a political attack misrepresenting the facts to prey on the emotions of the American people as they endure the impact of a global pandemic," the spokesperson said. "No search warrant has been served on Sen Loeffler. She has followed both the letter and spirit of the law and will continue to do so."

Loeffler has said a third party handled the trades and she was unaware of the trades.

Loeffler's disclosures under the STOCK Act and filings through the Securities and Exchange Commission show she and her husband unloaded more than $20 million in shares following a Jan. 24 coronavirus briefing for senators.

On Thursday evening, Loeffler's spokesperson confirmed that she has "forwarded documents and information to DOJ, the SEC, and the Senate Ethics Committee establishing that she and her husband acted entirely appropriately and observed both the letter and the spirit of the law." The documents, her spokesperson says, "demonstrated her and her husband's lack of involvement in their managed accounts, as well the details of those accounts." No timeframe was specified.

Two other lawmakers, Sens. James Inhofe, R-Okla., and Dianne Feinstein, D-Calif., were also criticized for selling stocks ahead of the market crash, though both have said they did not have direct involvement in the sales, Reuters reported.

"Senator Feinstein was asked some basic questions by law enforcement about her husband's stock transactions," a spokesman told NPR. "She was happy to voluntarily answer those questions to set the record straight and provided additional documents to show she had no involvement in her husband's transactions. There have been no follow up actions on this issue."

Feinstein, like Burr, is a member of the Senate Intelligence Committee. She had previously spoken to federal investigators last month, according to her spokesman.