Accessibility links
While The Tourists Are Away, Alaskans Will Play Normally Alaskans endure a crush of summer tourists and restricted access to some sites. But in this season of staycations they'll have the run of the place, and are being courted with special deals.

While The Tourists Are Away, Alaskans Will Play

While The Tourists Are Away, Alaskans Will Play 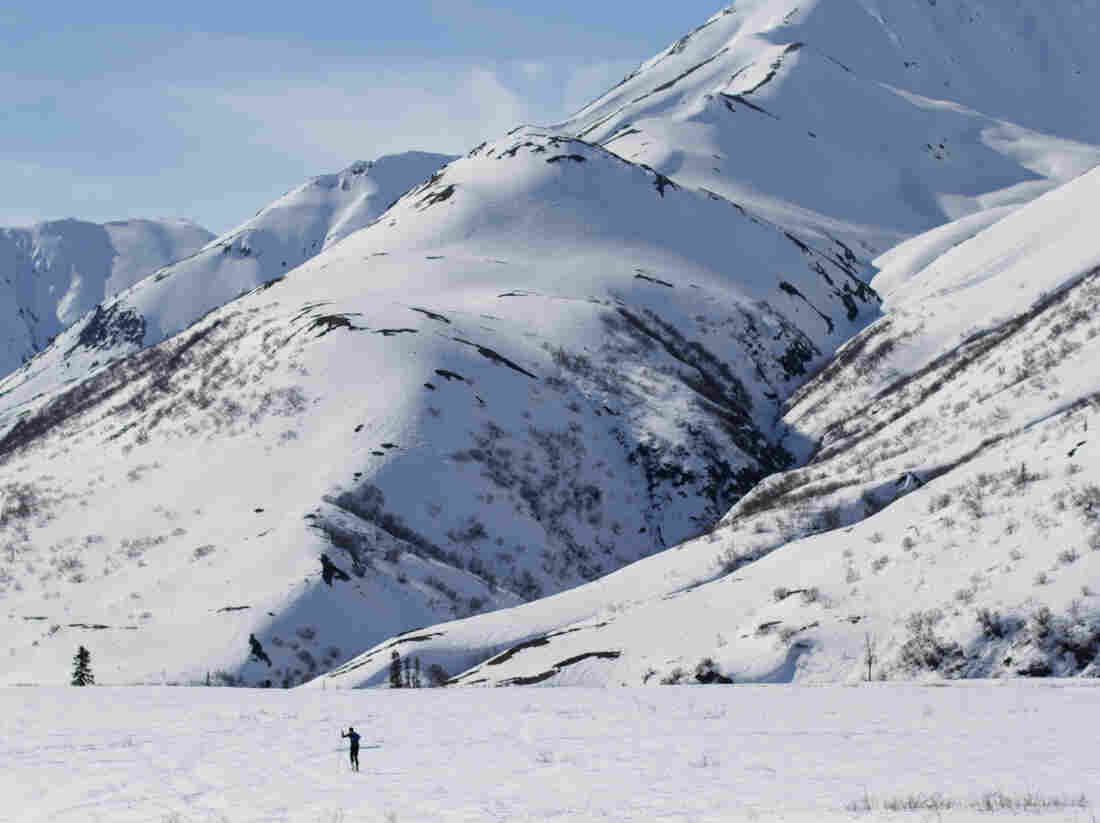 Sam Sterling skis over a crusty layer of snow in the mountains off the Denali Highway in Interior Alaska this month. Nathaniel Herz/Alaska Public Media hide caption 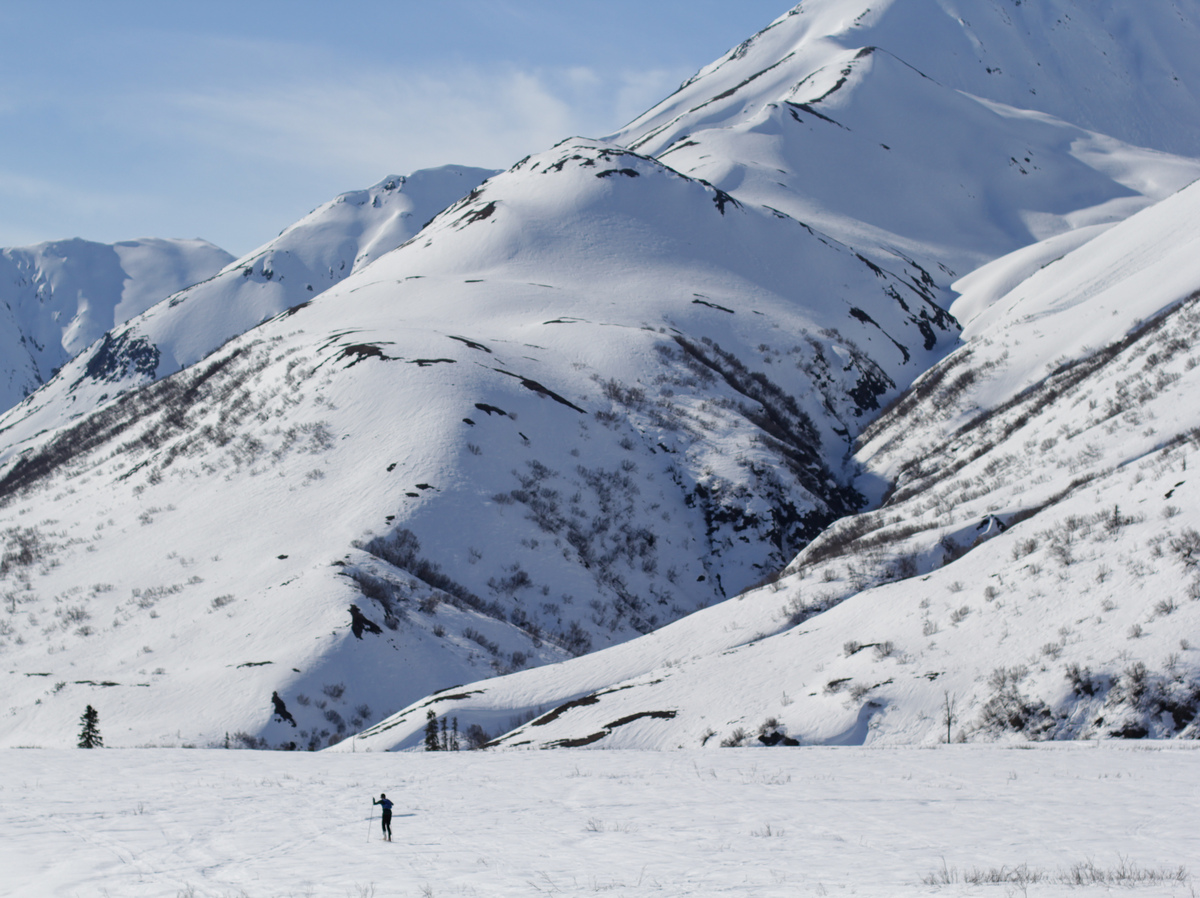 Sam Sterling skis over a crusty layer of snow in the mountains off the Denali Highway in Interior Alaska this month.

After a spring of grim coronavirus headlines, Alaska faces a near-apocalyptic outlook for its summer tourist season, with few out-of-state visitors likely to follow through on plans to travel to the state this year.

But for a moment at Denali National Park and Preserve earlier this month, a handful of tailgaters contemplated a few possible upsides: Resident discounts. Busy fishing holes transformed into blissful calm. RV-clogged roads emptied of traffic. Cruise destinations with no ships in sight.

"Think of how much fun Talkeetna is going to be when there aren't hordes of people in the middle of the street!" said Rebecca Pottebaum, referring to the touristy town just south of Denali.

The COVID-19 pandemic has all but vaporized Alaska's tourism industry this year, with social distancing measures and quarantines effectively eliminating the normal summer deluge of out-of-state visitors. And questions linger about how comfortable people already in Alaska will feel about stepping aboard a chartered fishing boat or a park shuttle bus.

But some residents, businesses and land managers still see a possible silver lining in the devastation: A spring and summer in a world-class tourist destination — without the tourists.

On May 9, Pottebaum, Sweetin and a few of their friends got a preview of options that could be open to them over the rest of the summer, when they parked at a gate 30 miles along the Denali Park Road, and rode their bicycles deeper inside.

"One thing great about here in Alaska is we have these wide open spaces where you can be with your family or a single household, and then also social distance when you need to," said Sarah Leonard, chief executive of the Alaska Travel Industry Association, the state's leading tourism advocacy group. "This is a great time — if you can do it safely and you're right here in Alaska — to visit a place that you might not have visited before."

ATIA last month sent Gov. Mike Dunleavy a request for $25 million in federal COVID-19 relief, which it would put toward a national campaign to market Alaska "as a safe destination, when travel restrictions loosen."

But before that happens, the group also wants an extra $1 million for an in-state campaign. The idea is to remind Alaskans that they can take staycations this summer, as most out-of-state visitors remain at home.

14 Hours And A Costco Card: How A Grocer In Alaska Feeds His Town In A Pandemic

14 Hours And A Costco Card: How A Grocer In Alaska Feeds His Town In A Pandemic

There's pent-up demand from Alaskans for the kinds of experiences that tourism businesses want to sell this summer, and the industry could use the boost, says former U.S. Sen. Mark Begich, who now co-chairs the governor's economic recovery team.

"We've been kind of cooped up for a little long here, right?" he said. "There's going to be Alaskans who will want to take that road trip that they haven't been able to do in years because they never could get a reservation, or they couldn't get access, or the tour was sold out."

Some tourism businesses are already trying to pivot to Alaska residents. On the Kenai Peninsula, Alaskan Fishing Adventures is offering 50% off "locals' specials" trips, starting later this month.

The company, which runs boats out of Seward and Homer, usually offers similar discounts this time of year, said owner Mark Burner. But because of social distancing mandates, he'll put fewer people on this spring's charter trips and run the boats farther out from the harbor, likely making for better fishing.

"We're not going to fish close. We're actually going to take them out fishing and treat it as if it were a fully-paid charter," Burner said. "It's a hell of a deal."

Charter operators have also formally asked federal fisheries managers to loosen restrictions on the size and number of halibut that customers can catch, saying the move would grant Alaskans and other fishermen already in the state "an opportunity to bring halibut home in these challenging times."

The area typically sees heavy traffic from cruise ship passengers, and as many as 90 buses can drive the restricted 92-mile road into the park each summer day. But nearly all of Alaska's cruise season has been canceled. 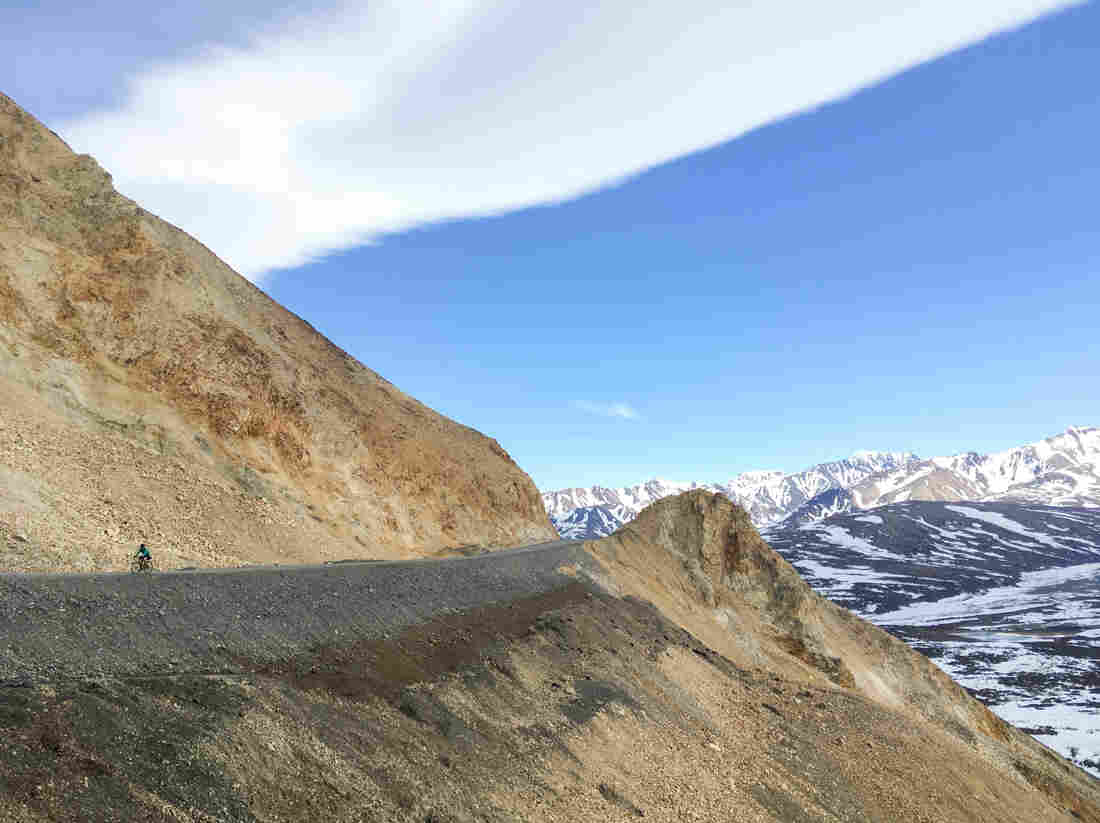 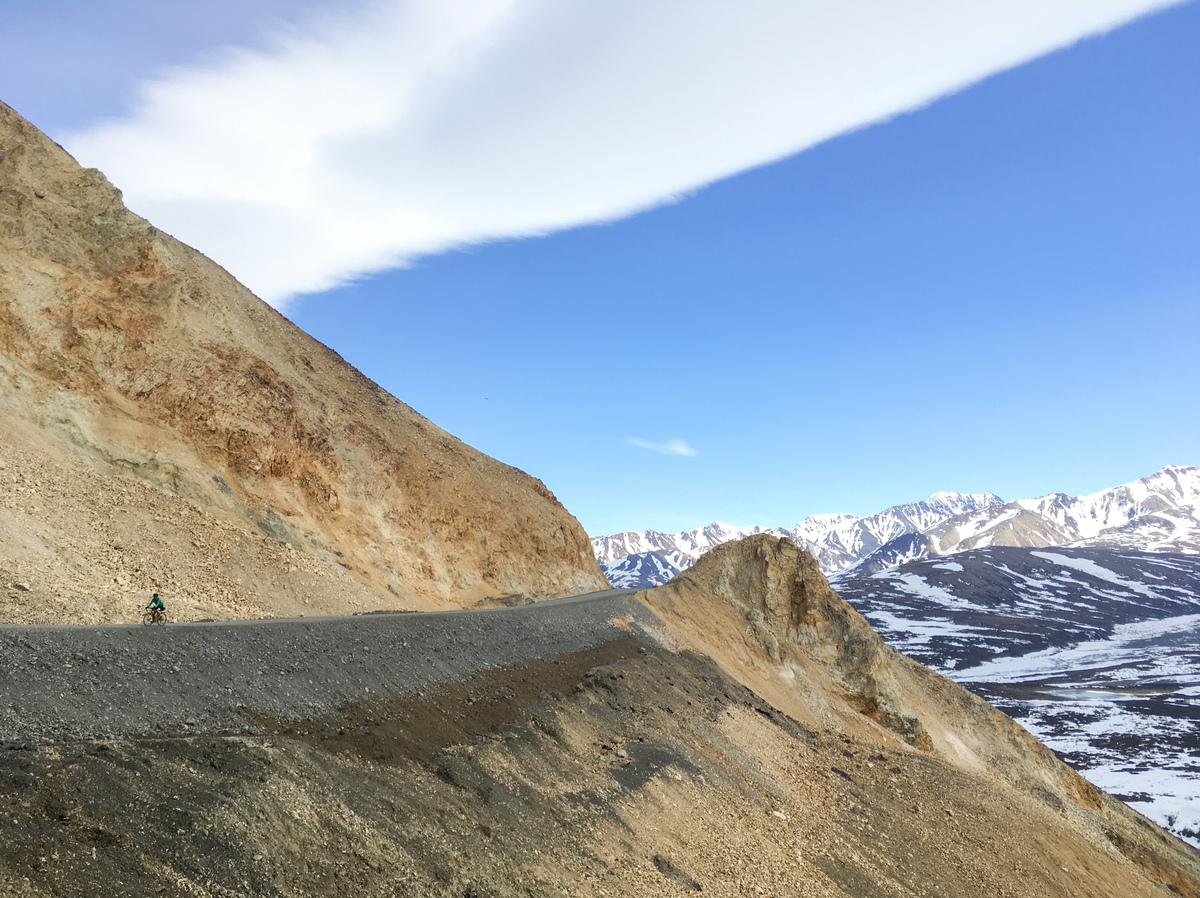 Sverre LeRoy rides toward the Polychrome Overlook on the road that leads 90 miles into Denali National Park earlier this month.

The park service still hopes to run a limited bus service into Denali, with fewer people and safeguards like plexiglass shields and masks, said Denice Swanke, the park's acting superintendent. It's getting ready to unveil a separate, new program for businesses to offer smaller-scale tours, like with a guide and a single family driving the park road in separate cars.

While business from Alaskans could soften the pandemic's punch, it won't be a panacea: The state's entire population of 730,000 represents just half of the 1.4 million cruise ship passengers expected this summer before the coronavirus outbreak.

Plus, with tens of thousands of Alaskans out of work, tourism businesses aren't expecting residents to have abundant disposable income.

"If they don't open the restrictions, the locals aren't going to have any money anyways," said Burner, the charter operator.

Burner said one reason he's able to offer his discounted early-season trips is because his business received Paycheck Protection Program aid from the federal government. Unless that continues, "the price is going to have to go up," and he'll likely have to pull all but maybe one of his six boats out of the water.

Burner said he'll have ample hand sanitizer and require customers to wear masks, and people will likely have to have their temperature taken as they enter his business' lodges.

But those types of steps still may not be enough to convince Alaskans to leave the isolation of their family units. Back at Denali, Pottebaum, one of the tailgaters, considered the risks that would come with a chartered fishing trip.

"I trust my friends — we could go as a household. But the captains are potentially exposed to different groups all the time," she said. "And if they're not taking two weeks between every trip, is it worth the risk?"