Accessibility links
Biden: Voters Who Believe Reade 'Probably Shouldn't Vote For Me' In an interview on Thursday, the presidential candidate again denied the allegation of a 1993 sexual assault from a former Senate staffer. He also pledged, if elected, not to pardon President Trump. 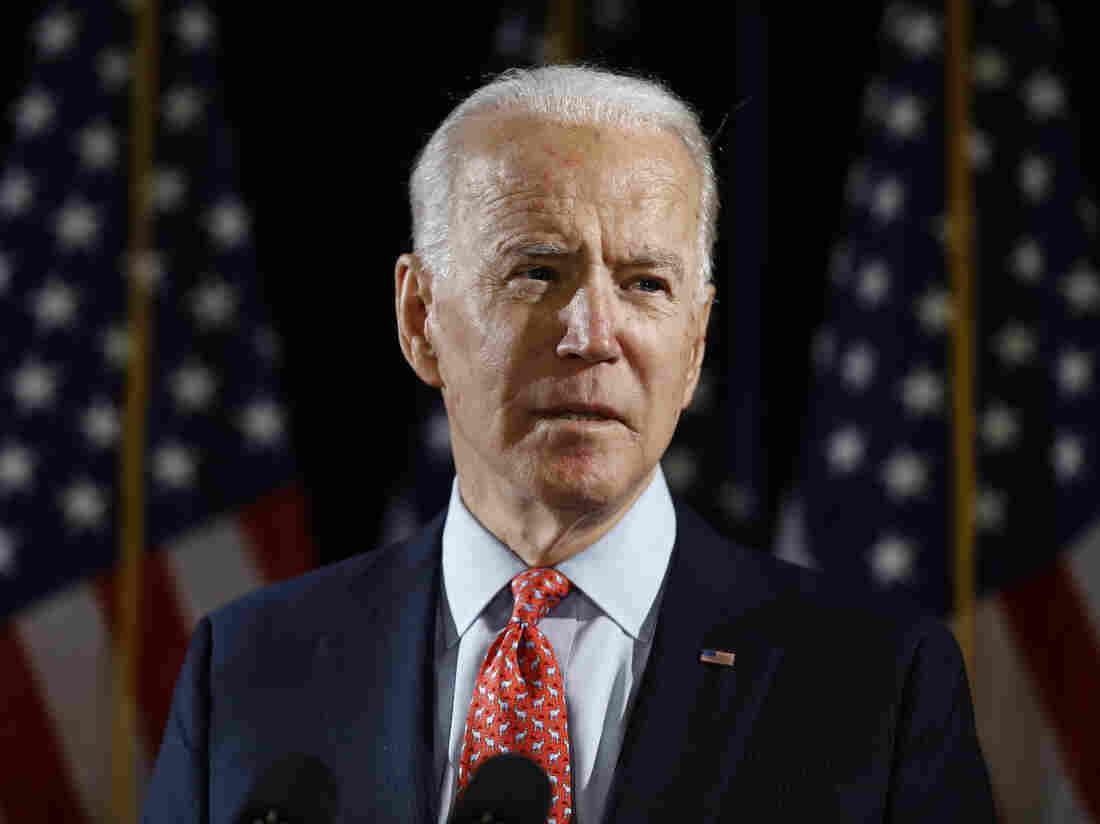 While denying the sexual assault allegation, Democratic presidential candidate Joe Biden had this to say to potential voters: "I wouldn't vote for me if I believed Tara Reade." Matt Rourke/AP hide caption 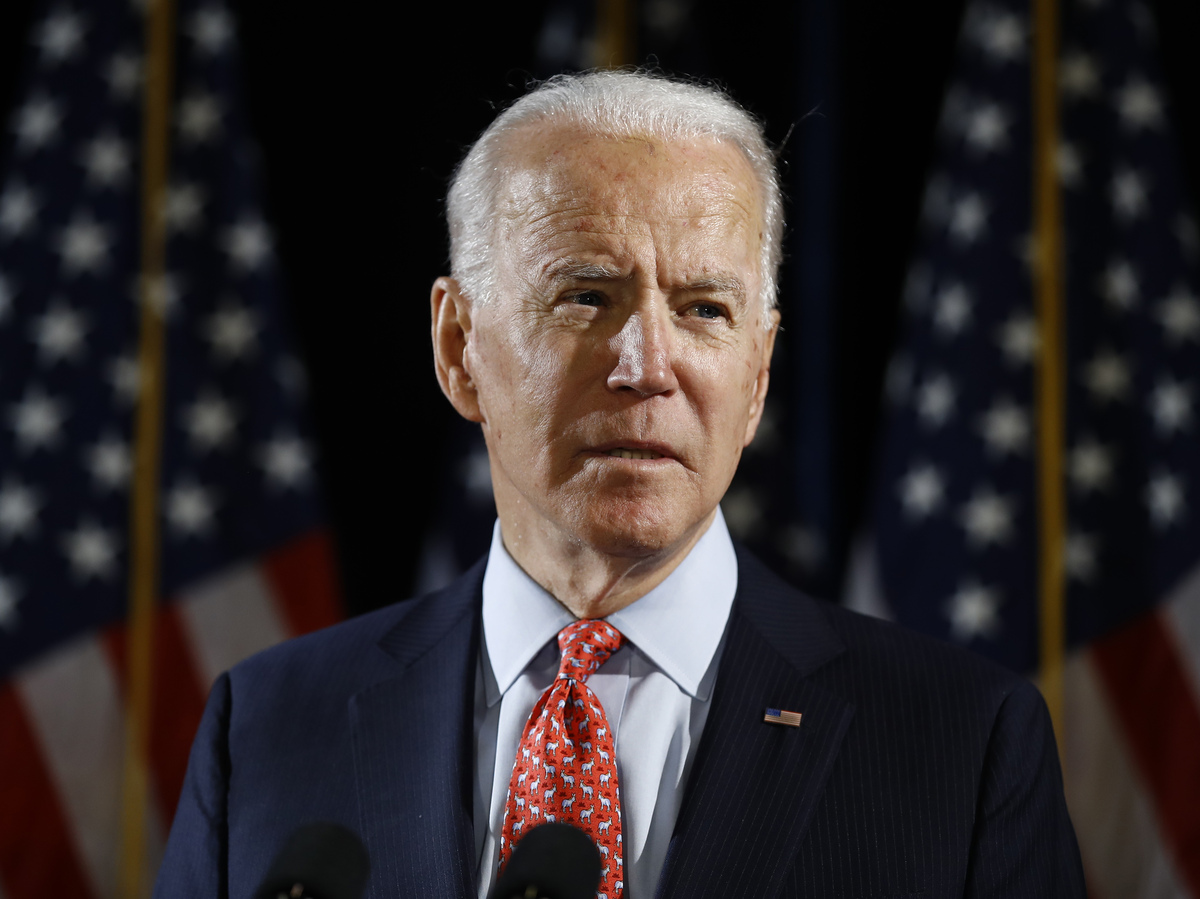 While denying the sexual assault allegation, Democratic presidential candidate Joe Biden had this to say to potential voters: "I wouldn't vote for me if I believed Tara Reade."

Former Vice President Joe Biden again denied the sexual assault allegation made against him by former Senate staffer Tara Reade in an interview on MSNBC Thursday night, but added that voters who stand by Reade should not support him.

"If they believe Tara Reade, they probably shouldn't vote for me," Biden said when asked what message he would give to female voters who accept Reade's allegation as true, but were planning on supporting him.

"I wouldn't vote for me if I believed Tara Reade," Biden added.

In the Thursday interview, Biden added that he does not remember Reade and further disputed her allegation, citing that her claims have shifted over the past year.

He later added, "This is just totally, thoroughly, completely out of character, and the idea that in a public place, in a hallway, I would assault a woman?"

Later in the interview, Biden was asked if he would pledge not to pardon President Trump if investigations were to continue that involve Trump or those that work for him.

"Absolutely yes, I commit," Biden said, adding that he also would not involve himself in in Justice Department or congressional investigations of that matter if he were elected.

"It's hands off completely," Biden said.