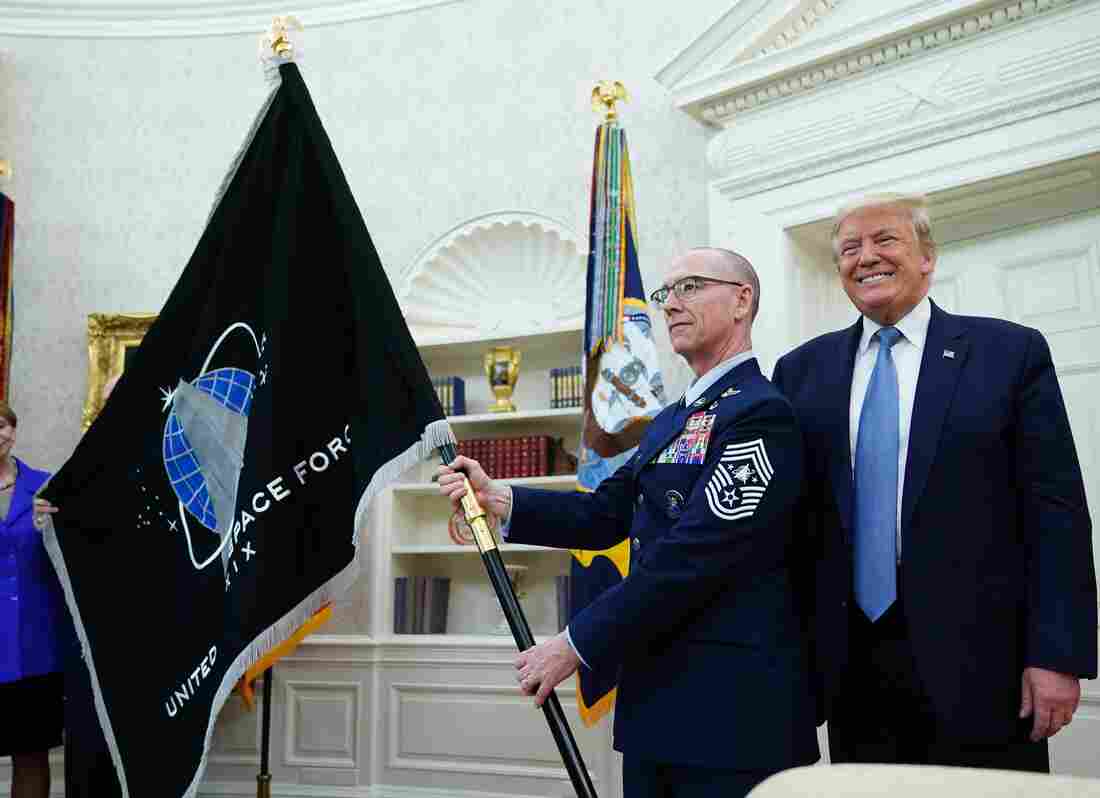 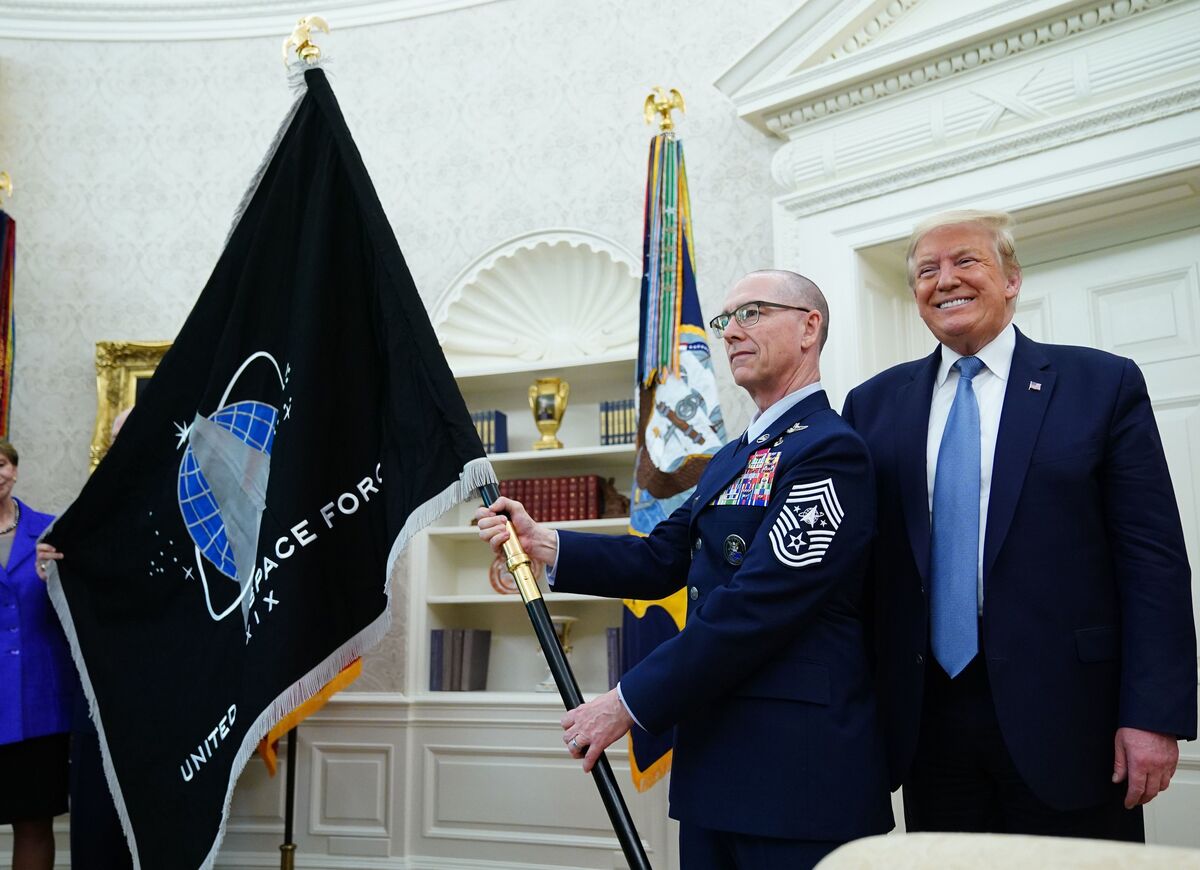 Standing alongside senior leaders of the military, Trump called the unfurling a "very special moment."

The flag design comes from the seal of the Space Force, which was approved by the president in January. It sparked some Star Trek fan outrage for what some people have called its similarity to a logo in the science fiction franchise.

According to the White House, the dark blue and white of the flag is meant to represent the "vast recesses of outer space" and includes a elliptical orbit with three large stars meant to symbolize the branch's purpose: "organizing, training and equipping" Space Force troopers, in the language of the Pentagon.

The Space Force was created in part to protect strategic American space infrastructure, including communications, navigation and spy satellites, from adversaries such as Russia and China.

"As you know, China, Russia, perhaps others, started off a lot sooner than us," Trump said. "We should have started this a long time ago, but we've made up for it in spades. We have developed some of the most incredible weapons anyone's ever seen. And it's moving along very rapidly."

Trump teased what he called a new weapon that could attack at such a high speed it would overwhelm an enemy's defenses.

"We have, I call it the 'super-duper missile.' And I heard the other night [it's] 17 times faster than what they have right now," Trump said.

It wasn't immediately clear what missile the president was describing, but the U.S. and other advanced powers are known to be developing new hypersonic weapons, designed to race at many times the speed of sound.

Trump was joined by Secretary of Defense Mark Esper, who praised the president for his efforts to push the new organization within the Defense Department.

Trump officially created Space Force, the sixth branch of the U.S. Armed Services, in December. It's the first new military service since the Air Force was created in 1947.