Accessibility links
In The Midwest, Reopening Looks Different State By State, Even City By City As the country begins to lift stay-at-home orders, nowhere is the messy patchwork of timelines and rules more pronounced than in the Midwest. Businesses and customers are navigating a confusing maze. 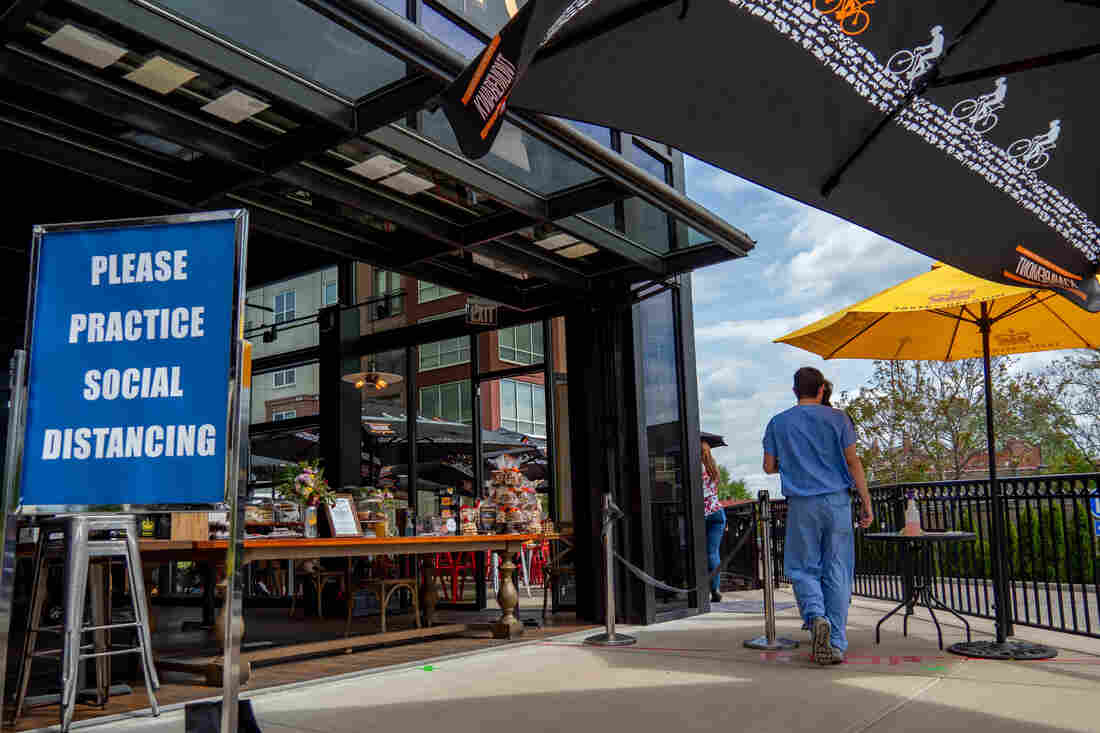 A restaurant in Ohio, Taste of Belgium, seats customers outside as businesses begin to reopen in the wake of the coronavirus pandemic on Friday. Jason Whitman/NurPhoto via Getty Images hide caption 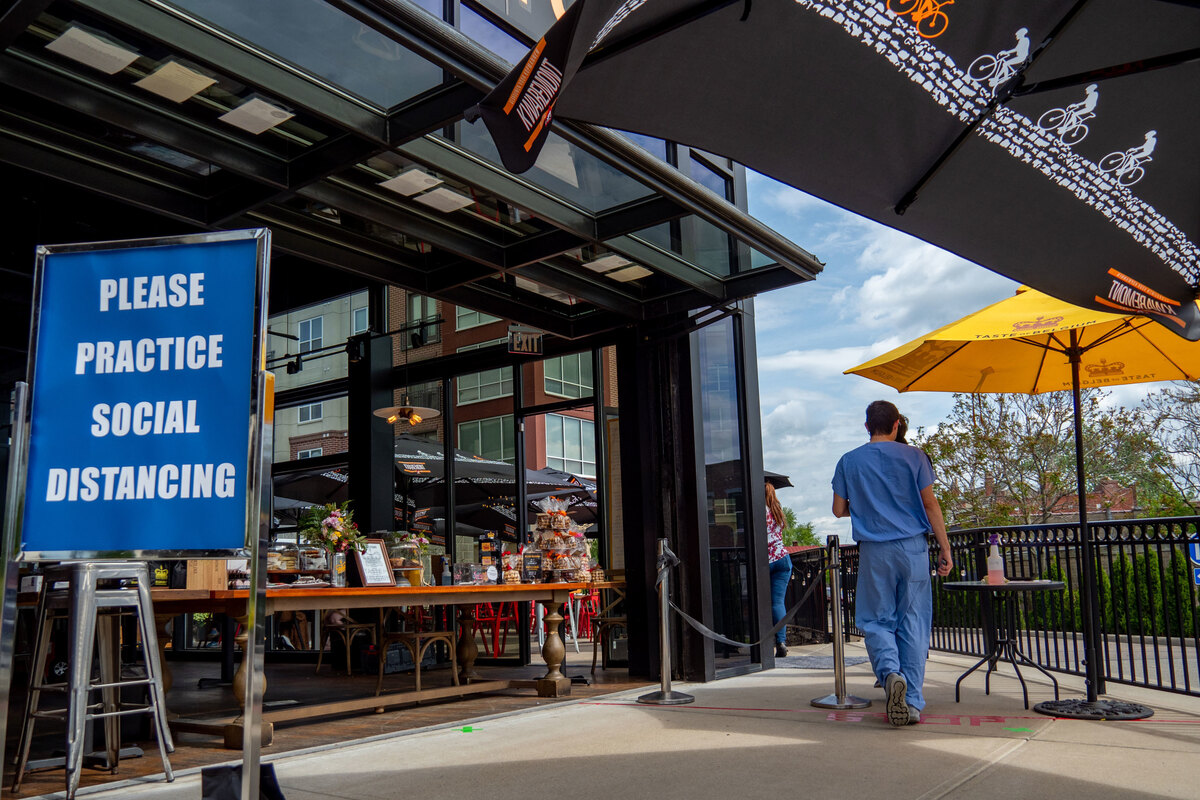 A restaurant in Ohio, Taste of Belgium, seats customers outside as businesses begin to reopen in the wake of the coronavirus pandemic on Friday.

One month ago, the White House announced principles for reopening the country. Soon after, governors who felt they weren't getting enough federal guidance banded together to coordinate regional reopening plans.

Michigan's Democratic Gov. Gretchen Whitmer, for example, told NPR last month that she'd been in regular contact with the governors of Illinois, Minnesota, Wisconsin and Ohio.

"We know that COVID-19 doesn't respect party lines and it doesn't respect state lines, and that's why we've got to share our best information and move strategically together whenever possible," she said on All Things Considered.

Now, many of those national and regional plans seem to have evaporated. The Centers for Disease Control and Prevention put out guidance Thursday, but those are just recommendations. As a result, many businesses and customers are navigating a convoluted jumble of rules that change as you cross city, county and state lines.

The patchwork is most pronounced in the center of the country.

'People Need To Have The Courage To Go Out'

Ed Brownell owns about a dozen Spin pizzerias around Kansas City. Within the same metropolitan area, some are in the state of Kansas, others in Missouri.

"The rules up to this point have changed, sometimes day to day, but certainly week to week," says Brownell. "They either extend the close orders or they change what they're requiring us to do to reopen, so that's been very difficult to navigate." 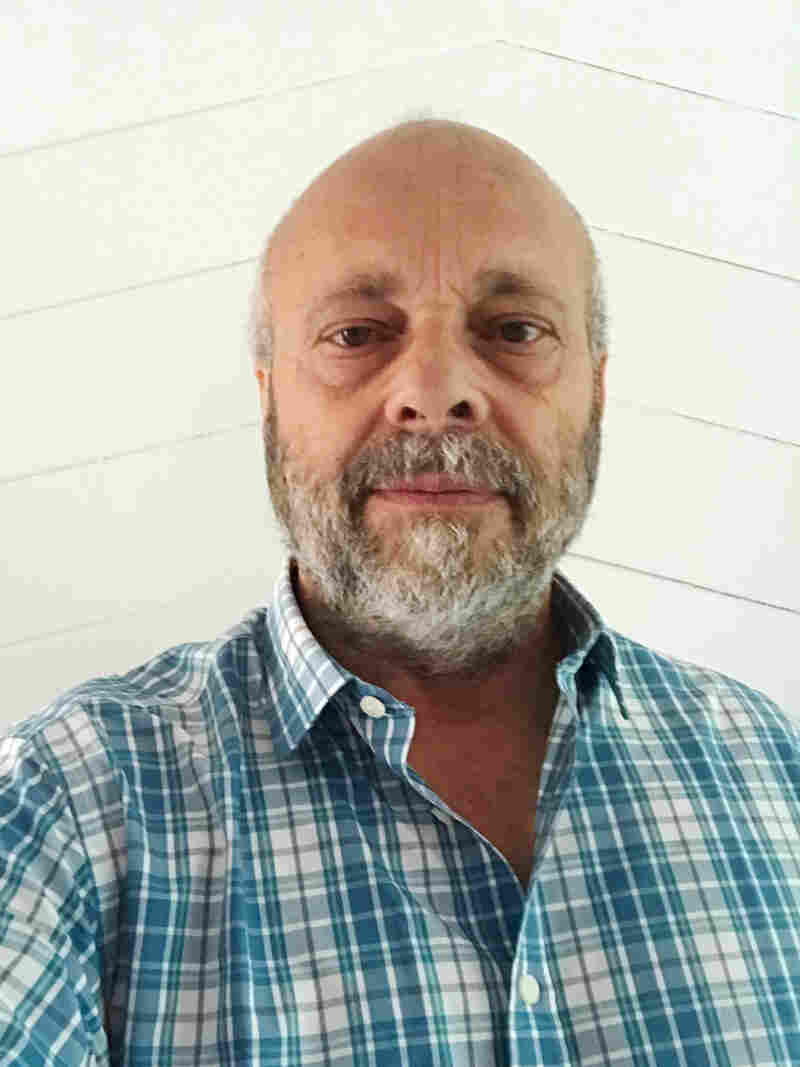 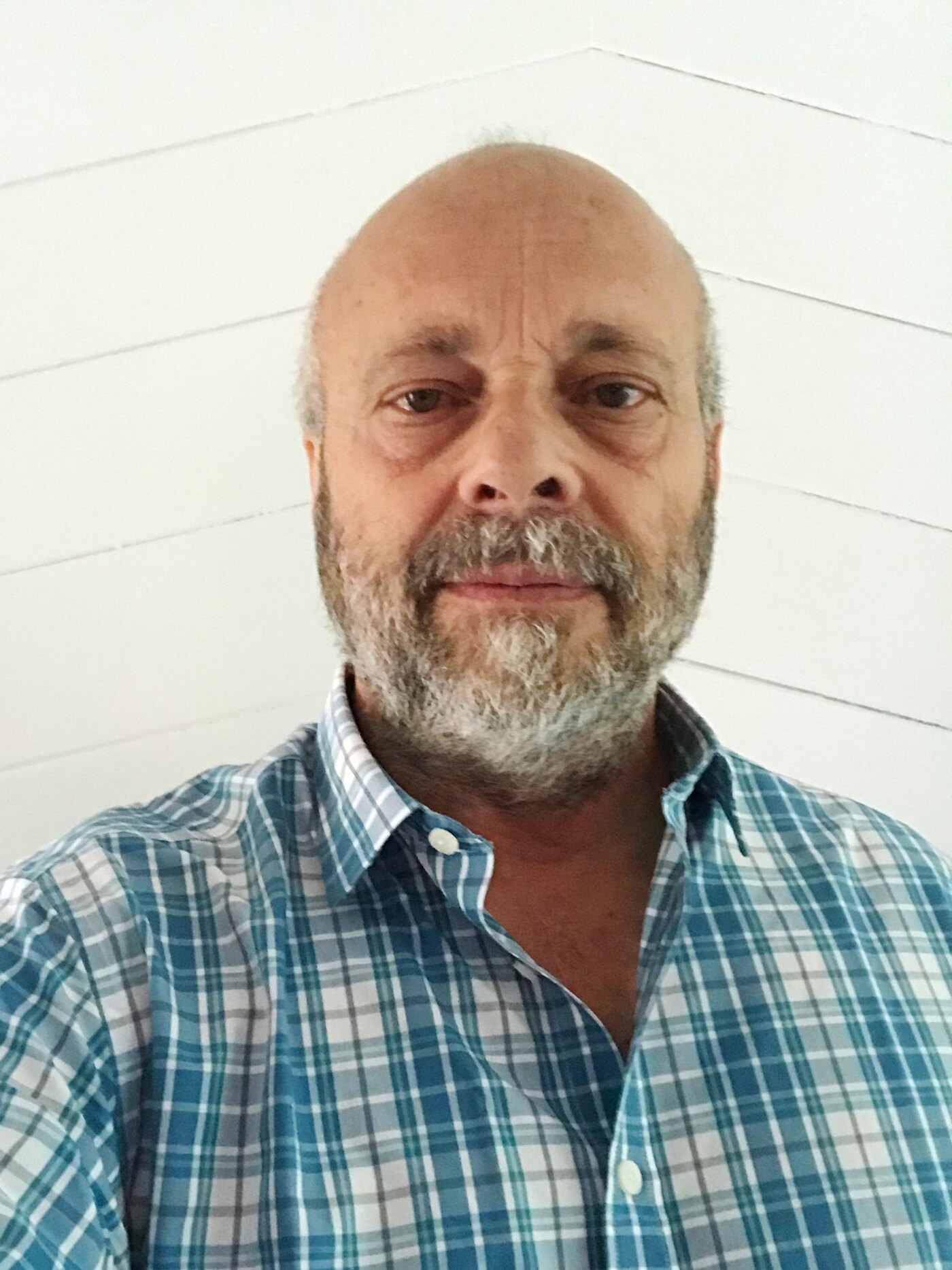 Ed Brownell's dozen or so pizzerias in the Kansas City area straddle Kansas and Missouri.

Brownell says Kansas City, Mo., originally planned to allow eateries to open at 50% capacity. Now, the governor has allowed much of Missouri to reopen, but the Kansas City mayor has enacted what he calls a "10-10-10 rule." That means Brownell can allow either 10 people into a location at a time, or 10% of the restaurant's total capacity. If customers are in the building for more than 10 minutes, he is required to log their name and contact information for contact tracing.

"That's probably the most onerous," Brownell says. "Some (municipalities) are requiring 25% capacity, some of them are 50% capacity, and then, gloves and masks and then marks on your floor to make sure the guests don't come within 6 feet of each other."

Two of Brownell's restaurants just opened again on Monday, but not many people showed up for lunch. He has 500 employees. If things don't pick up soon, he's afraid for them and the future of his business.

"People need to have the courage to go out and participate and take the proper precautions," Brownell says. "But I think keeping our head in the sand is not going to do us much good long term. There won't be much to come out to if we keep this going long."

Is 'Turning A Quick Buck' Worth The Risk?

Lora Moore has a different perspective. In Indiana, she and her husband own MDG salon studio and the Black Orchid barber lounge. The two locations are a short drive from each other. 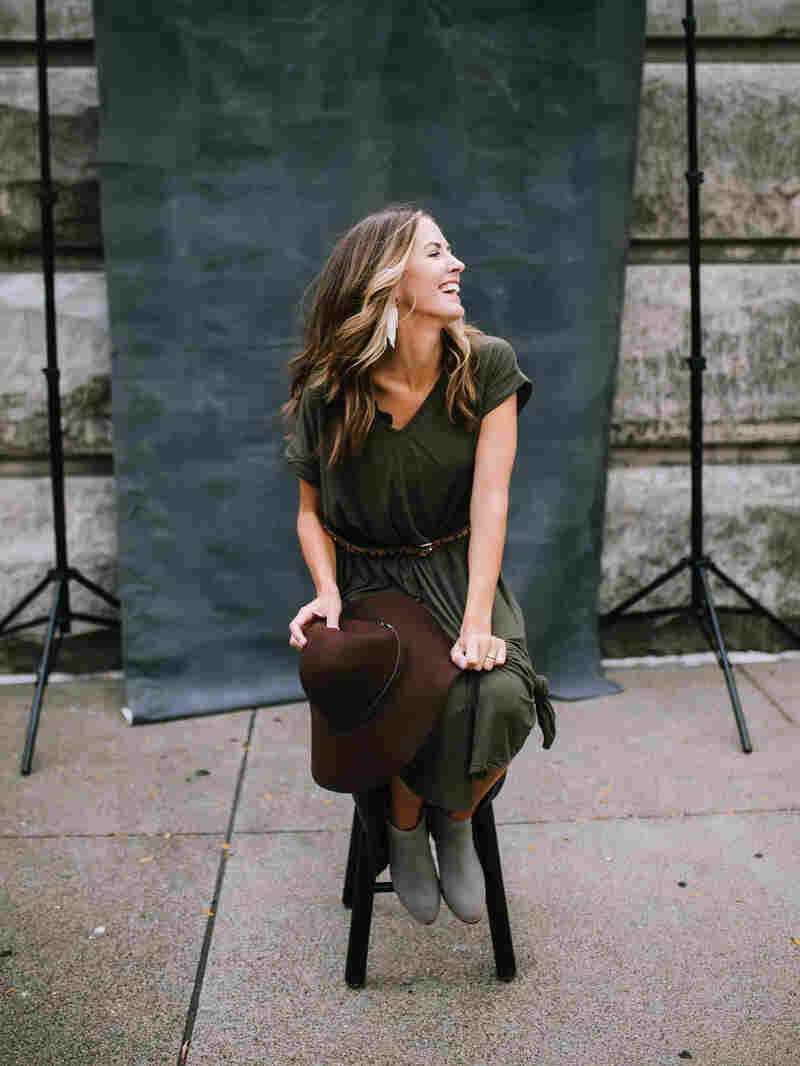 Lora Moore and her husband own MDG salon studio and the Black Orchid barber lounge. One in Indianapolis, the other just over the border in Carmel. Moore has decided not to reopen either location. Chasey Bardach Photography hide caption 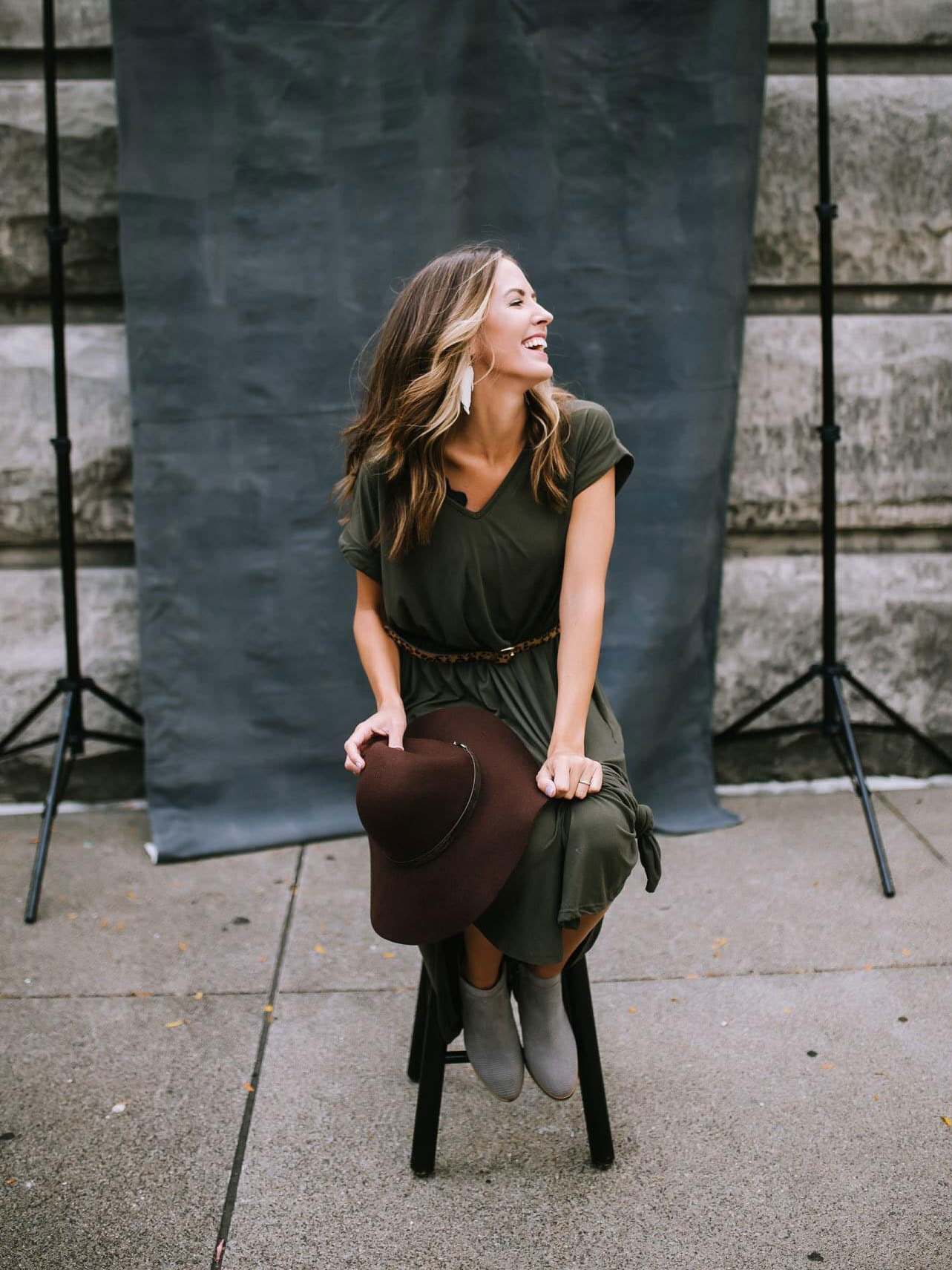 Lora Moore and her husband own MDG salon studio and the Black Orchid barber lounge. One in Indianapolis, the other just over the border in Carmel. Moore has decided not to reopen either location.

But there's a catch: One's in the city of Indianapolis, the other just over the border in Carmel.

"Is opening this soon just to turn a quick buck or two, is it really worth it? And the answer at the end of the day was no, it's not," Moore says. "So we pushed our date back to June 1 and there are many salons that followed suit. We're really proud of that movement."

Moore says the lack of clear guidance has put business owners in a tough spot. On Monday, many barber shops in Carmel were open and full all day.

"From the beginning, we were like, someone give us some direction here," she says. "And it's been pretty cloudy, but we're doing our best to navigate that."

To many business owners and customers, this patchwork feels arbitrary and unscientific.

Becky Olsen of Plymouth, Mich., decided she's going to talk her 2-year-old golden retriever Finn across the border for a haircut. 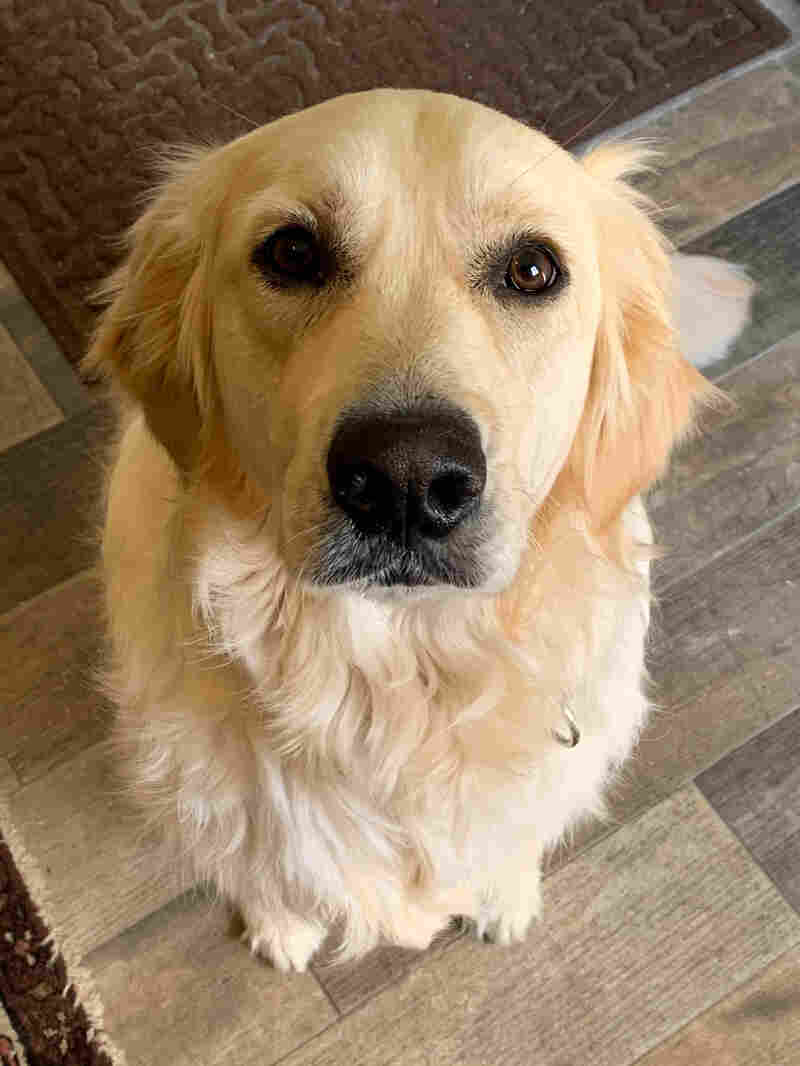 Becky Olsen of Plymouth, Mich. is taking her dog Finn, a 2-year-old golden retriever, to Ohio for a haircut. Becky Olsen hide caption 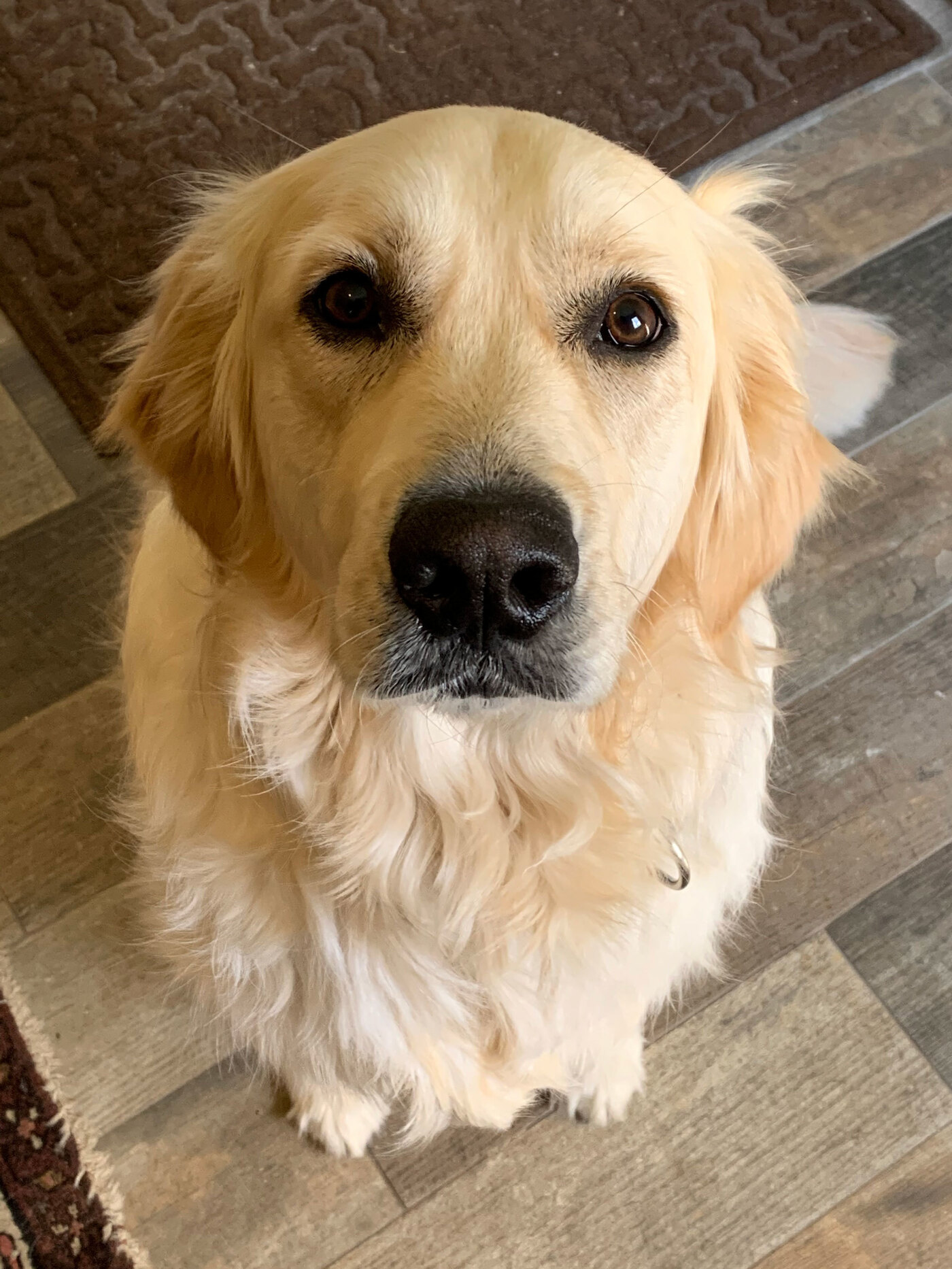 Becky Olsen of Plymouth, Mich. is taking her dog Finn, a 2-year-old golden retriever, to Ohio for a haircut.

So Olsen is going to drive 45 minutes from Michigan — where groomers are closed — to one in Toledo, Ohio, which is open.

"The grooming salon we're going to ... told us they've had a ton of people from Michigan call them," she says. "They're bringing their animals down there to be groomed because they can't get them done here in Michigan."

Olsen says she thinks it's safe to do what she's doing, noting that people are going to places like the grocery store and hardware stores.

"Bringing my dog to the groomers ... if there is a drop-off, someone is picking up the dog from my car, very limited contact, they're going to do the service and bring the dog back to my car, I feel that is very safe and secure and I don't feel bad at all going to Ohio," she says. "I just feel bad that my groomer's going to lose money from me going to another place."

'When Were We Ever Considered?'

COVID-19 has disproportionately affected people of color. And Orlando Watson believes the policymakers rushing to reopen the economy are not listening to African Americans like him.

Watson owns a St. Louis restaurant called Prime 55. He has cancer, which has compromised his immune system, so he's especially careful.

Most of Missouri is open. In St. Louis, restaurants remain closed.

Watson doesn't know what he's going to do when the time comes to reopen, which could be as soon as next week.

"I've been real cautious and reluctant to get out," he says as he spray-painted patio furniture he hopes to use when his restaurant reopens. "This is probably my third time getting out during this whole time, minus going to the doctor."

Watson says he's avoided people and characterizes this as a time of "extreme anxiety" for him. 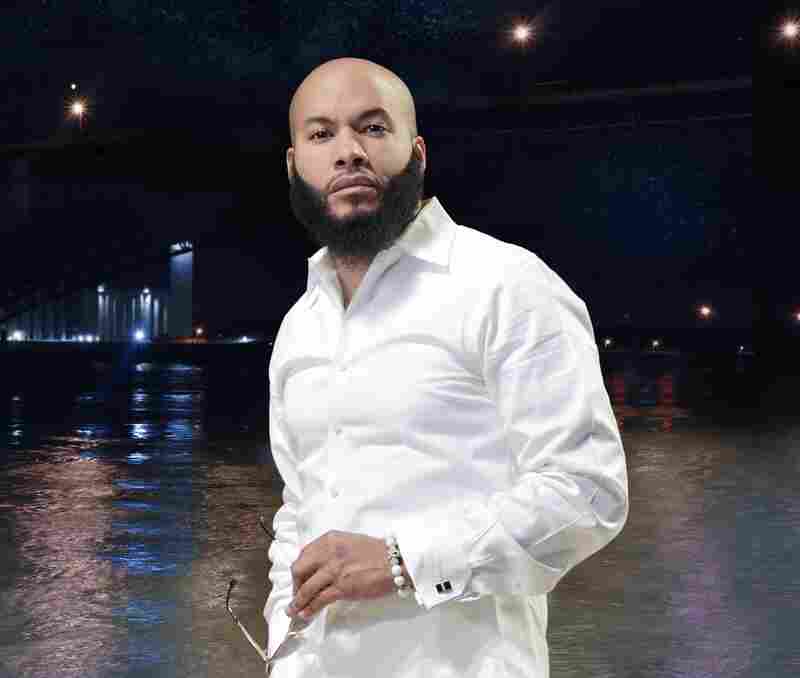 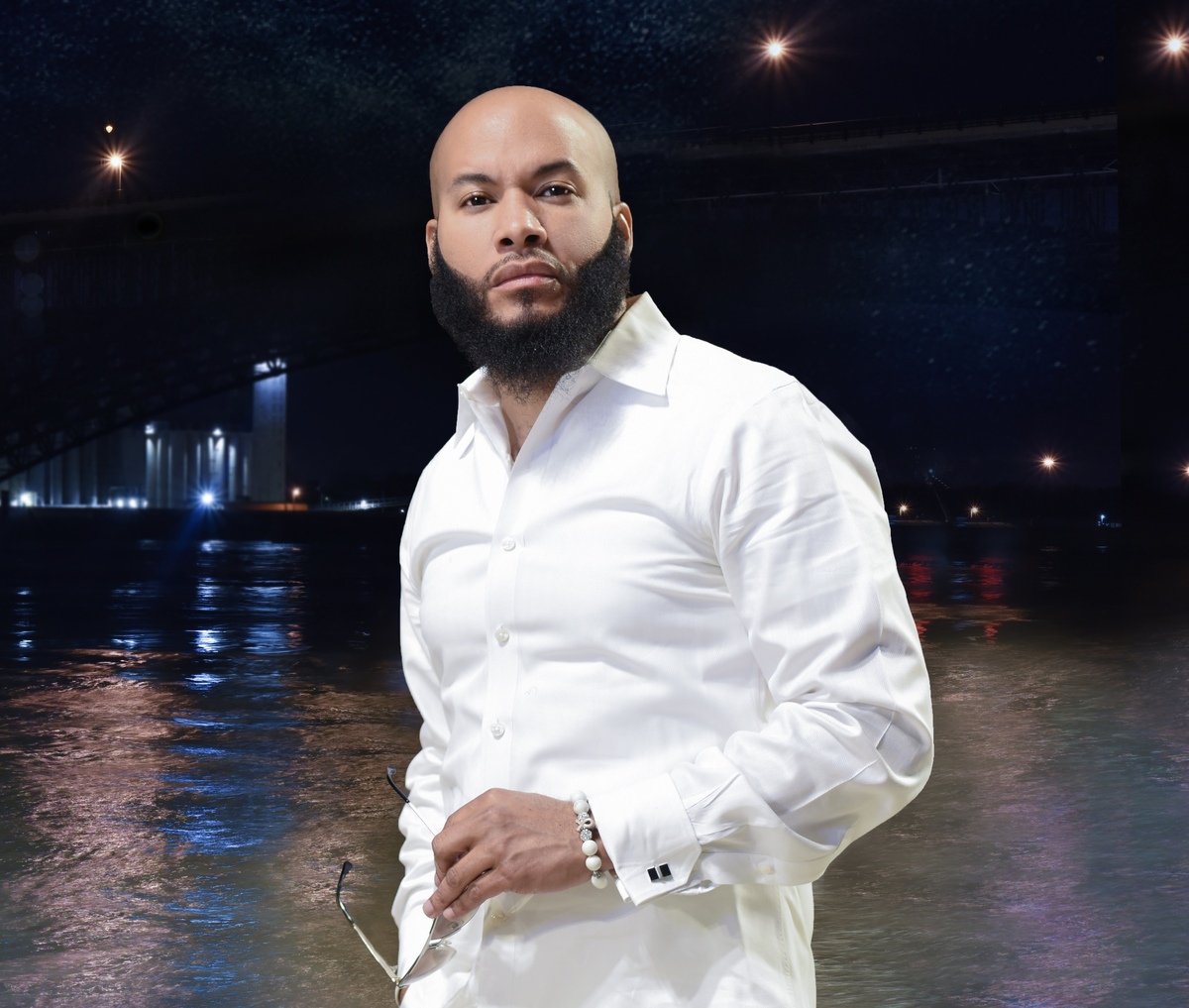 Orlando Watson owns a St. Louis restaurant called Prime 55. He has cancer, which has compromised his immune system, so he's especially careful.

He says policymakers at the state level who have decided to reopen Missouri aren't acting with the African American community in mind.

"When were we ever considered when policies were made?" Watson says. "I think that at the end of the day, money is going to outweigh safety. There's going to be casualties behind this country not having a better plan in place and really attacking this from day one."

Missouri's Republican governor, Mike Parson told NPR last month this "phased approach" to reopening makes sense when you look at where people are getting sick and dying.

"What we did here in the St. Louis region, we knew that we needed to put resources up there — mobile testing sites — but that's not happening in rural areas of the state," he said on All Things Considered. "And those cases are not there, and they haven't been there."

But many policymakers feel that a public health challenge of this magnitude should have a cohesive national strategy.

Greg Fischer is a Democrat, and mayor of Louisville, Ky., where many businesses are still closed. Across the Ohio River, much of Indiana is open for business — even though, Fischer says, the case rates and death rates are about four times that of Kentucky while Indiana's population is just 50% more.

"There's no question [reopening] is not nearly as aligned as what it should be," he says.

Fischer says that's a problem happening all over the country.

"I don't think it's a bi-state issue, it's more of a national issue," Fischer says. "Ideally, we would have a national policy here so that we're all singing in concert. ... We realize that's not the case. Cities and states are on their own, so we're building that capacity from the ground up. I think we're doing a good job from what we have to work with, but it's too bad we couldn't have a more aligned national strategy around this. ... That's my frustration."

There are experiments happening all over the country right now. The stakes are high. There is no precedent. And it will be weeks, or months, until the results are known.