Accessibility links
Police Back Off From Social Distancing Enforcement As states re-open under new pandemic rules, enforcement often falls to the police. But some people — including some police — think that's a bad idea.

Police Back Off From Social Distancing Enforcement

Police Back Off From Social Distancing Enforcement 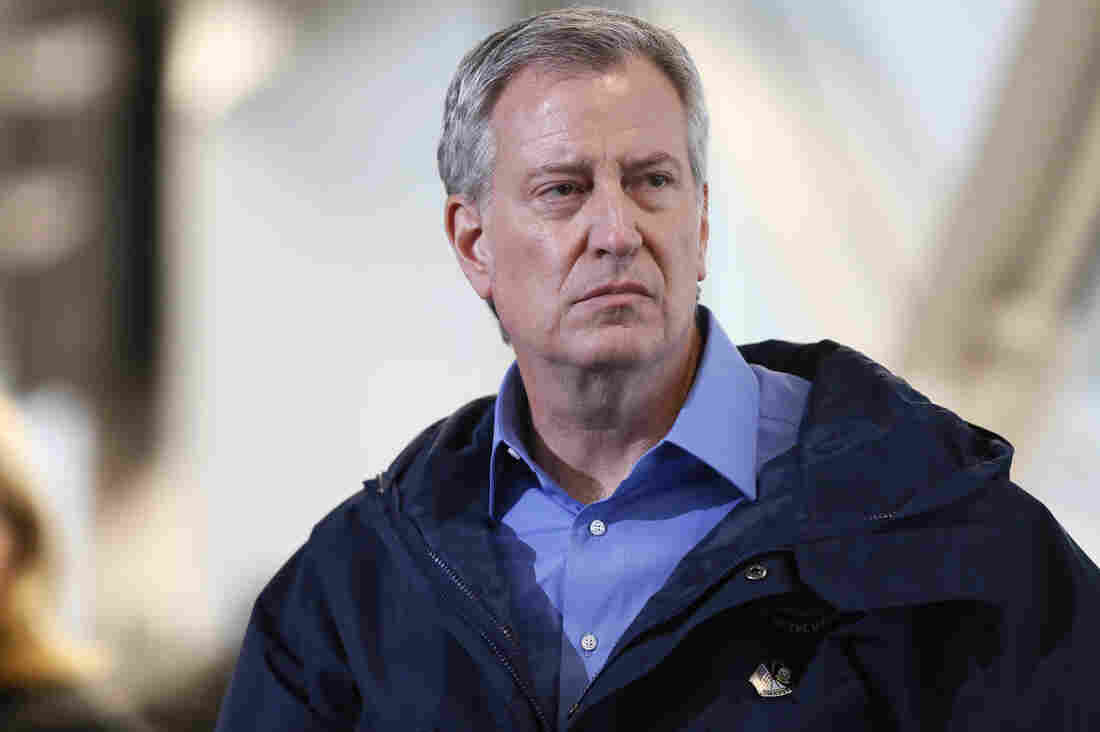 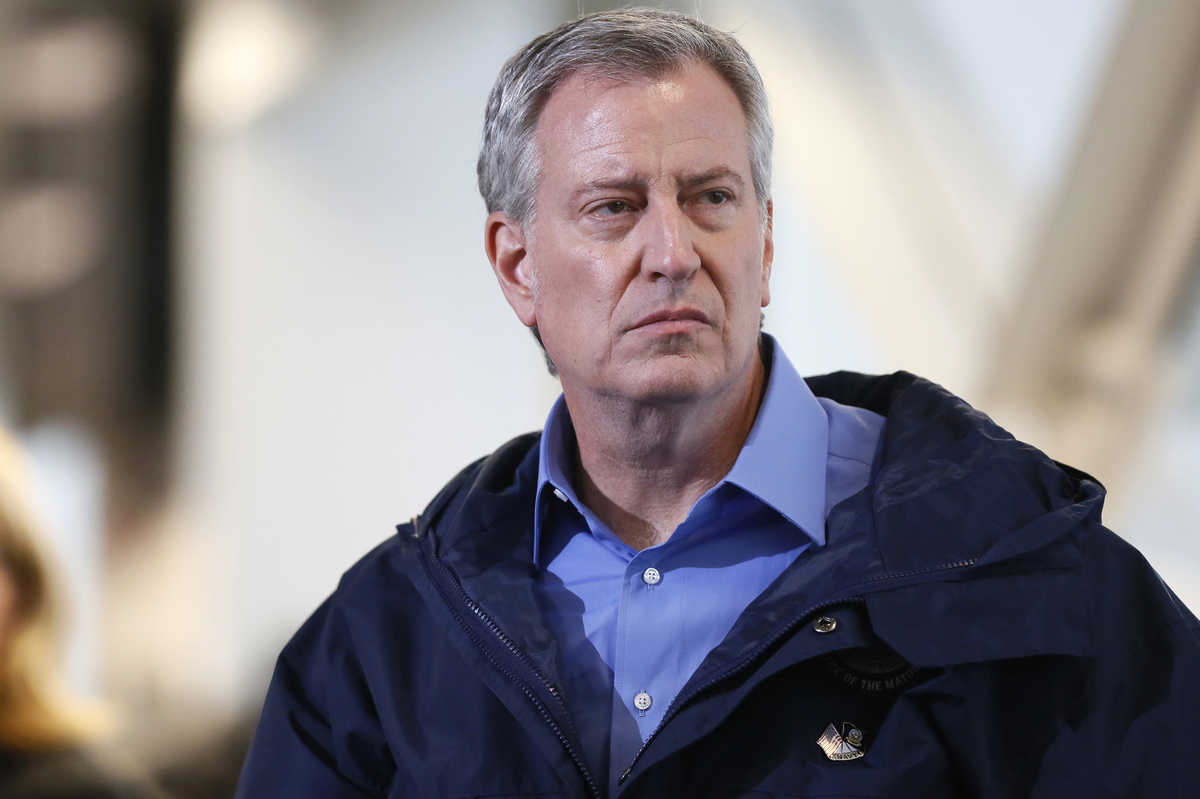 New York City Mayor Bill de Blasio announced today that the NYPD will no longer require people to wear masks in public, unless the absence of a mask presents a "serious danger." He's seen here on March 31.

New York City Mayor Bill de Blasio today announced police will no longer require people to wear masks in public, unless the absence of a mask presents a "serious danger."

The decision is part of a "reset" of the NYPD's enforcement of emergency rules during the pandemic, following a number of controversial encounters between officers and members of the public, some of them caught on video. The most recent was a confrontation between officers and a woman in a subway station, over whether she was wearing her mask properly.

At the same time, de Blasio says police will continue to enforce rules against large gatherings, because he says it's a matter of "saving lives."

"The NYPD shouldn't be thrown at this particular pandemic — at this health problem," says David Galarza, a volunteer with a police watchdog group called the Justice Committee. "It only leads to more criminalization and violence against our people, people of color."

The city has pushed back on the racism charge, pointing out that in nearly a million police encounters with the public over social distancing, only a few dozen people have been arrested, and usually for unrelated infractions.

Earlier this week, the mayor said the role of police in the pandemic had become an "ideological issue," but he insisted officers should remain "part of the equation."

"That is my decision, that's what we are doing," he said. "Because we cannot have a situation where social distancing comes unglued because there's no enforcement."

But it's not just left-of-center activists calling for police to back off; online, conservative groups are circulating the video of a Port of Seattle police officer named Greg Anderson, sitting in his patrol car, in uniform, calling on his fellow officers not to enforce "tyrannical orders against the people."

"Every time time I look to the internet, I'm seeing people arrested or cited for going to church, for traveling on the roadways, for going surfing," he says in the video. "What you're doing is you're widening the gap between public trust and law enforcement officers."
The Port of Seattle has put Anderson on paid administrative leave while it investigates him for violating its social media policy.

Police departments are worried about getting caught in the political cross-fire over social distancing. Texas governor Greg Abbott recently went on Fox News to criticize big city police departments in his state for enforcing the state's emergency rules too aggressively.

"In Houston, they were issuing fines and potential jail time for anybody who refused to wear a mask," he said.

The Houston police department says it never issued any fines and made no arrests related to masks, and Chief Art Acevedo accused the governor of "hypocrisy," saying Abbott was trying to score political points with his conservative base at the expense of the police.

"The men and women in blue don't need leaders who are more interested in politics than in public safety," Acevedo told NPR. He says enforcing the governor's emergency order will not be a "law enforcement priority" for his department.

Sue Rahr, a former sheriff who runs the police academy in Washington state, says public health enforcement is an awkward assignment for police, especially in the current political environment.

"Clearly, the public is not united on what should be done in the community to keep people safe from the virus," she says. "And so the cops really do get trapped in the middle."

One solution may be to move officers back from the front lines of enforcement. In Florida, the city of Clearwater is using civilian "ambassadors" to roam the beaches remind the public to keep social distance, while the police hang back. Police chief Dan Slaughter says the intention is to put communication ahead of enforcement.
"All that communication is to avoid the officer having to get involved in something that we would quite honesty wish we would not have to be involved in," he says.
It's an approach being tried in New York, too. Despite Mayor de Blasio's insistence that the NYPD stay in the mix, he says the city is also preparing to send out about 2,300 civilian ambassadors to remind New Yorkers to keep their distance, as the weather warms up.