Accessibility links
Beatles Photographer Astrid Kirchherr Dies At 81 "I was just amazed how beautiful these boys looked. And being a photographer then, it was a photographer's dream," Kirchherr told NPR about the first time she saw the Beatles.

'Her Gift To The Beatles Was Immeasurable': Photographer Astrid Kirchherr Dies At 81

'Her Gift To The Beatles Was Immeasurable': Photographer Astrid Kirchherr Dies At 81 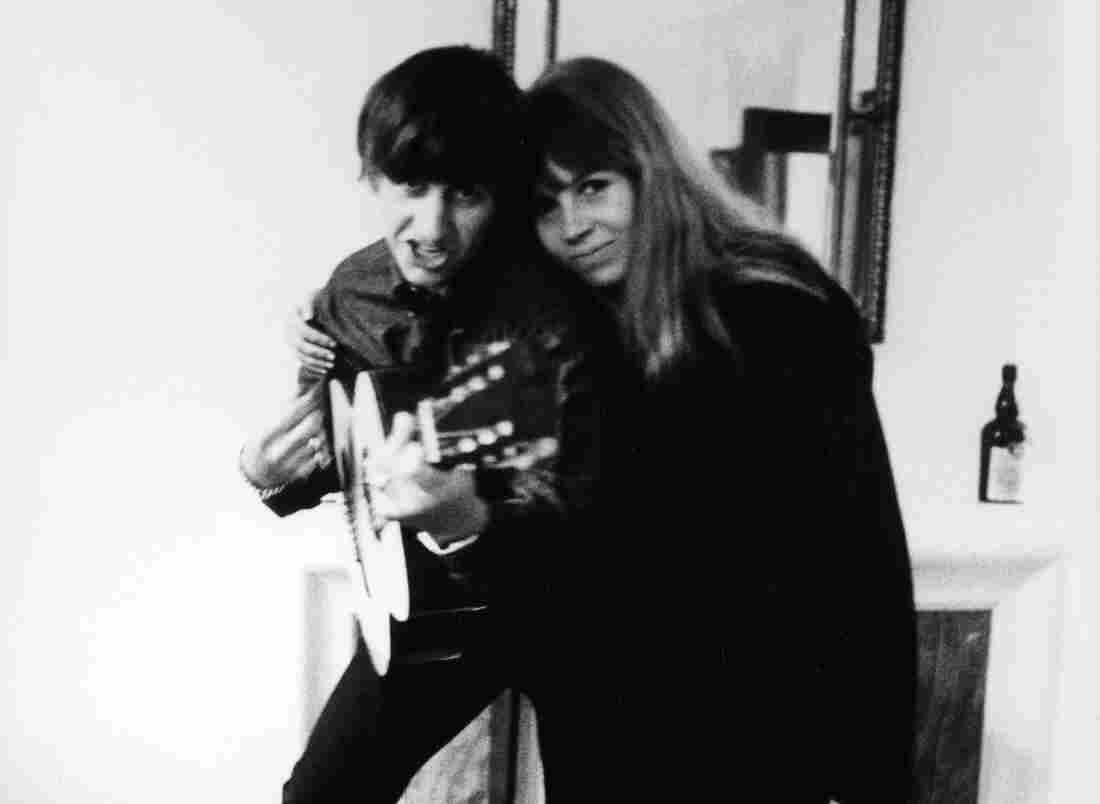 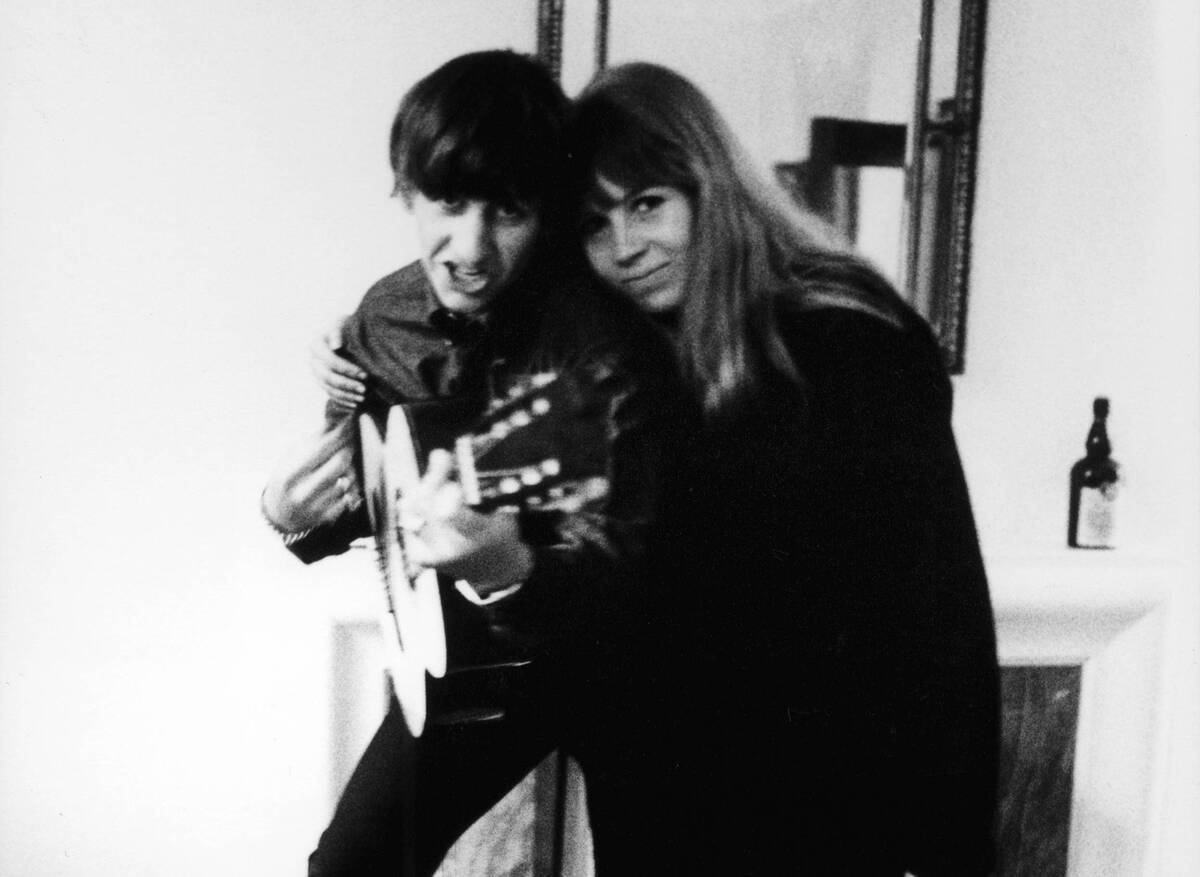 Ringo Starr and Astrid Kirchherr in an undated photo.

Before they became world-famous mop-top icons, the Beatles looked like a bunch of greasers. And photographer Astrid Kirchherr is often credited as the first to capture the band's fashion evolution as well as influencing their new direction.

Kirchherr, who met the group after a 1960 show in Hamburg, Germany, died on Wednesday at the age of 81, after a short illness, German news outlets reported.

Danke schön, Astrid Kirchherr. Intelligent, inspirational, innovative, daring, artistic, awake, aware, beautiful, smart, loving and uplifting friend to many. Her gift to the Beatles was immeasurable. She died in Hamburg on Wednesday, a few days before turning 82. RIP. pic.twitter.com/c8UHNK1tj4

Kirchherr, born in 1938, was about 22 when she and her then-boyfriend Klaus Voorman went to see a moderately popular band from Liverpool play a dark, filthy, not-quite-right-for-proper-ladies club in her hometown of Hamburg.

"It took him a couple of days to convince me to go with him to see the boys, because Reeperbahn is not a place where young ladies in the '50s or '60s were to be seen ... it was not a nice place," she told Fresh Air's Terry Gross in 2008.

"When I went down the stairs and looked at the stage, I was just amazed how beautiful these boys looked. And being a photographer then, it was a photographer's dream."

At the time, the Beatles consisted of John Lennon, Paul McCartney, George Harrison, drummer Pete Best, and bassist Stuart Sutcliffe. She befriended the group after the show and somehow convinced them to let her start shooting them. Within a few months Kirchherr and Sutcliffe had fallen in love and by November 1960 the couple was engaged.

In fact, Sutcliffe who was also a painter, quit the band to live with Kirchherr and her mother and attend art school in Hamburg. He died of a brain hemorrhage in April 1962 before they could get married. He was only 21.

"He was, and still is, the love of my life," Kirchherr said. Their relationship is the focus of the 1994 film Backbeat, about the Beatles' pre-record-deal days in Germany.

Part of the Kirchherr-Beatles legend is that she was the first to give Sutcliffe the famous mop-top haircut, and that the others eventually followed. "Well, my boyfriend, Klaus, had a big problem because his ears used to stick out and then I had the idea to just grow the hair over them, which he then did and it looked absolutely beautiful," she said in that 2008 interview. "So when the boys saw Klaus, Stuart was the first one who said, oh, I would like to have that hairstyle."

Many of the early black and white photos she took of the band are an integral part of the collective photographic memory of the band, and the 1960s as a whole.

Her photographic work also garnered worldwide attention; she had exhibitions in Japan, Australia, the United States and Great Britain. Even after Sutcliffe's death, she remained an artistic collaborator with the Beatles — Kirchherr was a set photographer on their first movie, A Hard Day's Night.

And in 1968, George Harrison persuaded Kirchherr to shoot a session for his solo project Wonderwall Music. It is her portrait of him that is printed on the inside of the album. It is one of the last known pictures Kirchherr took — she eventually gave up photography for interior design because, as she said, "I wasn't sure if I'm really good or is it just the Beatles that made me, sort of in a way, famous? And I wasn't sure anymore if I'm good or not so I just gave it up."

Absolutely stunned to hear the news of Astrid passing. God bless you love. We shared some wonderful memories and the most amazing fun times. Condolences to family and friends, Pete (Petey) pic.twitter.com/lNduJ8EHHC

Best added: "God bless you love. We shared some wonderful memories and the most amazing fun times."