Accessibility links
Jonah Mutono On 'GERG' And Embracing His Identity And Ugandan Heritage NPR's Scott Simon talks with the R&B singer dubbed "the Ugandan Frank Ocean" about his album GERG and his experience reconciling his sexuality with the community that raised him. 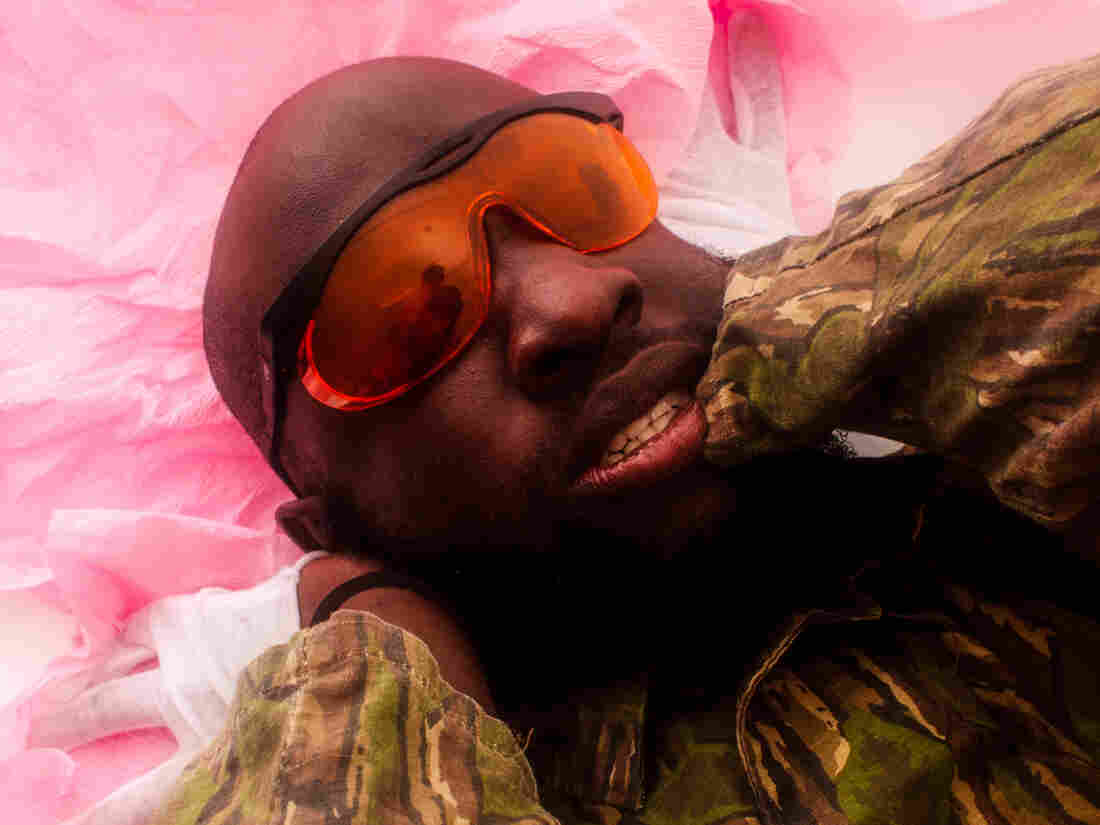 After recording as "Kidepo," Jonah Mutono's switch to his real name coincided with his decision to come out. His debut album GERG is about reconciling that identity with his Ugandan upbringing. Forest Aragon/Courtesy of the artist hide caption 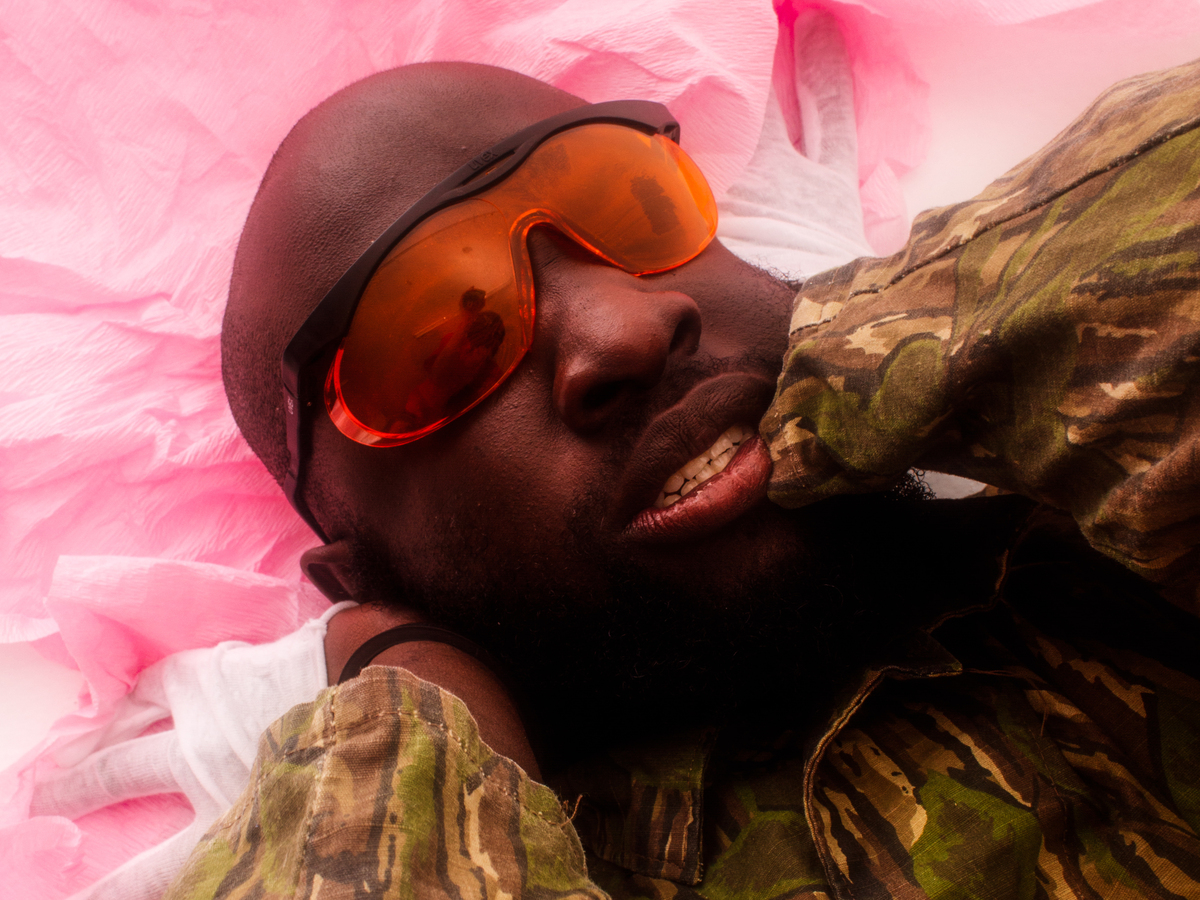 After recording as "Kidepo," Jonah Mutono's switch to his real name coincided with his decision to come out. His debut album GERG is about reconciling that identity with his Ugandan upbringing.

Forest Aragon/Courtesy of the artist

Jonah Mutono's debut album GERG is really more of a re-entry. Until late last year, Mutono released music under the name "Kidepo." But starting with the single "Shoulders," and now with GERG, he's sharing his real name and story of self-acceptance for the first time.

The name shift was part of Mutono's decision to come out, one made complicated by his deep roots in Uganda, a country whose government has outlawed homosexuality and suppressed LBGTQ activism.

NPR's Scott Simon spoke to Jonah Mutono about releasing music under a new name and the songs he wrote while trying to understand how his own sexuality could co-exist with the communities he had valued throughout his life. Listen to the radio version in the audio link above, and read on for a transcript of the interview.

Scott Simon: Why were you using a different name for your music previously?

Jonah Mutono: I used the name "Kidepo'' because it was a good way to hide. I've never been the performative type. None of my friends really knew — they knew that I make music and I would write songs occasionally, but just going out in the world and being someone who writes songs, that was such a new concept for me. So I decided at least to have the privacy and the space to be able to put music out and still hide parts of myself.

And what made you change? Why did you want to do something different now?

I think I was writing incredibly personal music. All of my favorite artists, you really see them as human beings out in the world and you can link this to their music. And I didn't want to deprive people of the experience of knowing the artist a little better when hearing my music.

"The Low" is a beautiful song. What can you tell us about it?

This is the last song that I wrote for the album. The song talks about a relationship I had while I was living in England where I felt that I had to sneak around and hide this person from everyone in my life, because I grew up in a very religious background. And even though everyone was so good to me, I hadn't come out to them yet in this way, and I was in a same-sex relationship. I kind of did it behind everyone's backs in a way.

And what does the name GERG mean?

"GERG" is the code-name that I saved my partner at the time's name in my phone, so that nobody would look through my phone and see that I was dating a man. Because when someone sends you a text, the notifications come up on your phone and I didn't want it to come up with a man's name. So it was kind of the pet name that I saved him as in my phone.

Can you help us understand what it was like for you to realize something about yourself while not wanting to distance yourself from your family and other people that you loved? Help us understand all the factors in your life.

I do feel like I need to exist, and maybe existing as the artist I am will be enough, will be my contribution.

Right before this period of my life, I lived in New York by myself and I made a whole new collection of friends, and so I was really allowed to experiment. When I went back to London and I was dropped back into the environments and the communities that I used to be in, I think I just didn't know how they'd react. Because in my experience, everyone really looked down upon people who had a same-sex orientation. I would never hear any good things about it. I didn't know what they would say, I didn't know if their opinion of me would change. But I still wanted the freedom to experiment and see where I was with all of that, because I was still discovering what it was to me.

In terms of the Ugandan side of it, of course there's a much bigger political conversation around that, because years ago there was a bill that they tried to pass — there was a big lobby for it — to put homosexuals to death. Of course, this just strikes fear into the heart of every man who might think that they love another man. And so you don't want to become that to the people that you love and the communities that you love.

You wrote an essay for the Daily Beast in which you wrote you don't believe that you're "the activist that Uganda deserves." What do you mean?

I feel that, especially my generation, that everyone has to stand for something, and when you do, you have to be very loud about it and you post about it every day. I don't feel like someone beholden to that, really. I'm not performative in the way that I feel like I need to march through the streets or anything. I do feel like I need to exist, and maybe existing as the artist I am will be enough, will be my contribution. But I don't have anything further that I can do in terms of emotionally, physically I don't know what else I can contribute to this cause.

Music can make a statement and inspire people in a way. Maybe you don't call it activism, but it certainly makes people feel engaged and enlarges human understanding.

Of course. I definitely hope so, but I guess I didn't write the album with that in mind. I was just trying to process what it was and what the truth of it was, more for myself than for anyone else. So in perpetuity, however it contributes to the discourse is yet to be seen. For now, I don't feel like I'm a big activist personality in that way.

Let me ask you about the song "1949." What's the story of this song? I gather it revolves around a marriage?

My best friend from school was getting married. I couldn't attend because I couldn't get a visa in the end, but he had asked me to write a song for the ceremony. And this was before everything had happened in terms of the "Gerg" situation, so I wanted to write a very soppy, romantic song that everyone could listen to and think to themselves "That's very sweet." But really I wrote it quite sarcastically.

I do mean it now. I think it's one of those things where it creeped up on me years later, after I had been in love, that this was all real and it was all true and that hit the nail on the head. But it was only coincidence.

Why are there so many love songs on this album, when they seem to have come out of a sense of pain or injustice?

How do you feel now that this album is out and people are listening to it?

It definitely feels like a graduation, like the end of a chapter. Because I think it took so long from the genesis and the first song I wrote on this album to the very last one — maybe four years. I'm excited for people to finally hear it. I'm excited to move on, after everything I've learned about myself, after writing this.

How are you doing now, may we ask?

You have this album out which has got to be a cause for celebration, but it has to be a pretty small celebration, doesn't it?

It is, but I live here in Los Angeles with my brother and sister. I managed to convince them to come with me from Uganda when I moved here. And so, I have my family around me. My sister is making me cake. I don't know what else I really need, to be honest.

Weekend Edition's Sophia Alvarez Boyd and Ed McNulty produced and edited the audio of this interview. Digital editor Cyrena Touros and editorial intern Jon Lewis adapted it for the Web.