Accessibility links
Opinion: Livestock Farmers, Without Options, Turn To Euthanasia With meat packing plants and supply lines disrupted by the coronavirus, hog farmers are having to euthanize animals that were intended for food. 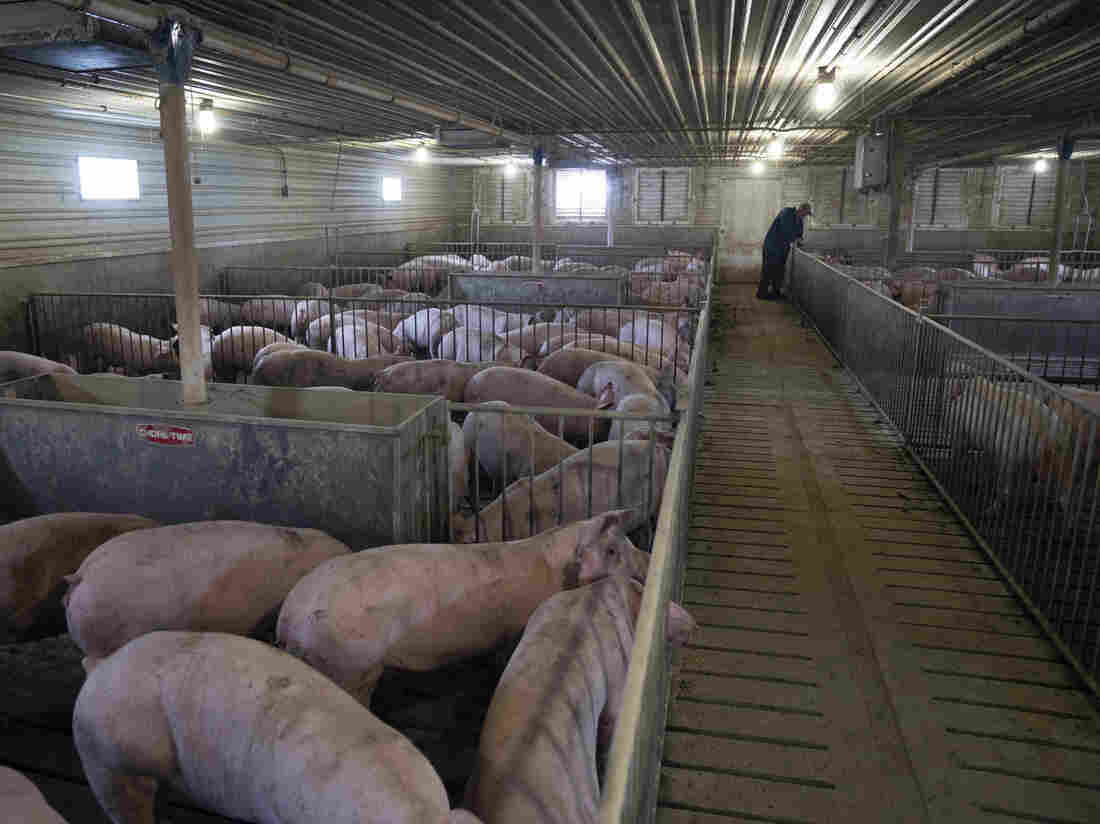 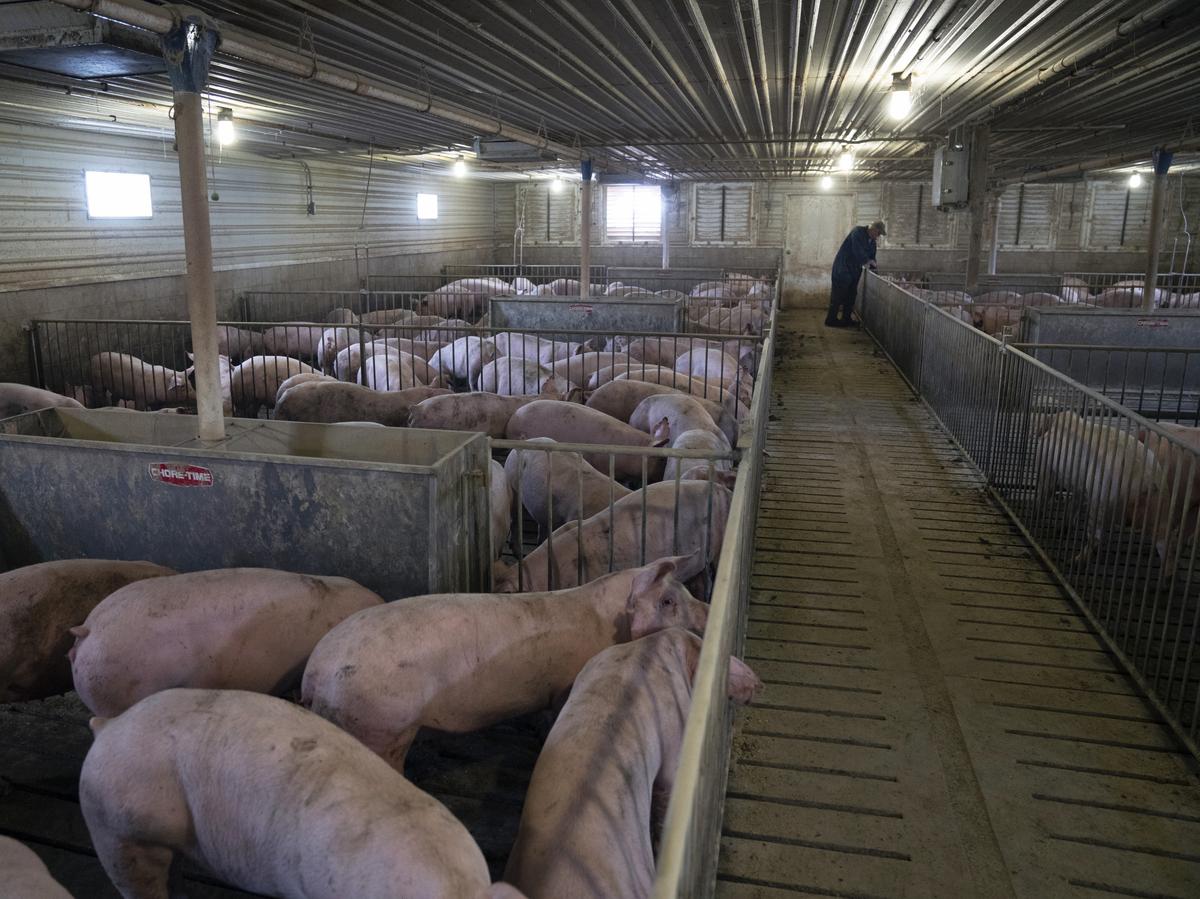 Young female pigs stand in a pen at a hog farm in Smithville, Ohio, U.S.

Andrea Hoehn of Waseca, Minnesota, told us this week, "I just want to wake up from this nightmare."

Many may feel that way right now. But the experience of the Hoehn family, and other livestock farmers, may be distinctly telling and tragic.

The Hoehn family has run a hog-farm for 6 generations. They can feed and care for about 20,000 hogs at a time, until they're sent to a packinghouse, where, yes, the pigs are slaughtered and packed for food. Hog-farming is a tough business, physically and financially, even in good times.

The Hoehns usually send about 700 hogs a week to the packinghouse. But when the Smithfield plant in South Dakota closed in April, with hundreds of workers testing positive for the coronavirus, the Hoehns had nowhere to send their hogs, week after week. There weren't enough smaller packinghouses nearby. Animal sanctuaries don't have room for thousands of pigs.

The Hoehns worked with a veterinarian to put their animals on lower-calorie diets. But with no cash coming in from the sale of their hogs, and pigs continuing to have new litters, the Hoehns began to run out of room to house their hogs, and food to feed them.

"They're live animals," said Andrea Hoehn. "They're raised for food. But you can't just let them be crushed or starved to death."

The Smithfield plant reopened after deep-cleaning and other changes, but at a much smaller capacity. A few days ago, the Hoehns did what they were sure they had to do. "I won't call it a decision," said Andrea. "There was no decision."

They euthanized thousands of their hogs. She doesn't want to say how — they've already gotten sharp messages on social media sites — but, she says, they did it safely, humanely, and personally. "We did it ourselves," she explains. Friends and neighbors helped, to share the burden, and their sadness.

David Preisler of the Minnesota Pork Producers Association estimates that as many as 300,000 pigs may have to be destroyed in his state alone.

"We hog farmers think we were put on this earth to raise animals," Andrea Hoehn told us. "That's our job and pride. We raise animals to feed people. It's our circle of life. But when you raise them and they don't feed anyone, all for nothing, just..."

Andrea Hoehn couldn't finish that sentence. But she went on to say, "God did not create us to do this. It's going to take a long time for us to be okay."