Accessibility links
Summer Camps May Be Canceled Due To Coronavirus Summer camps are mulling their options for keeping kids and counselors safe amid the coronavirus crisis — or whether it's just not possible. 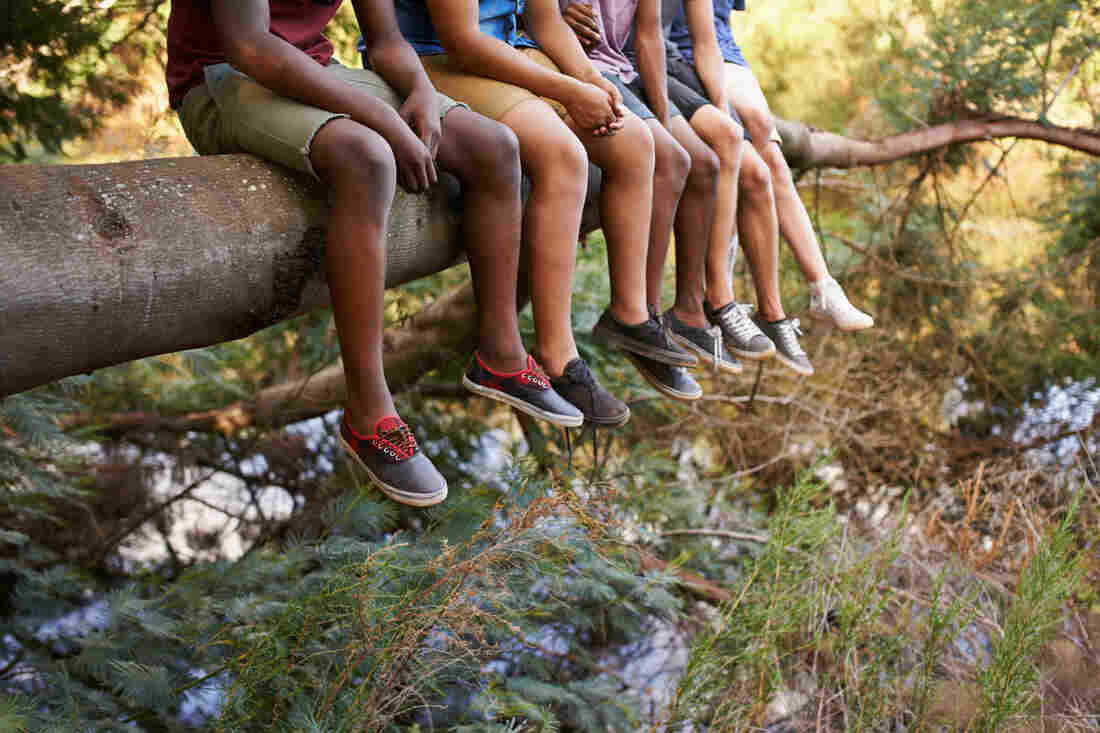 A growing number of sleep-away camps have already been canceled because of the coronavirus. PeopleImages/E+/Getty Images hide caption 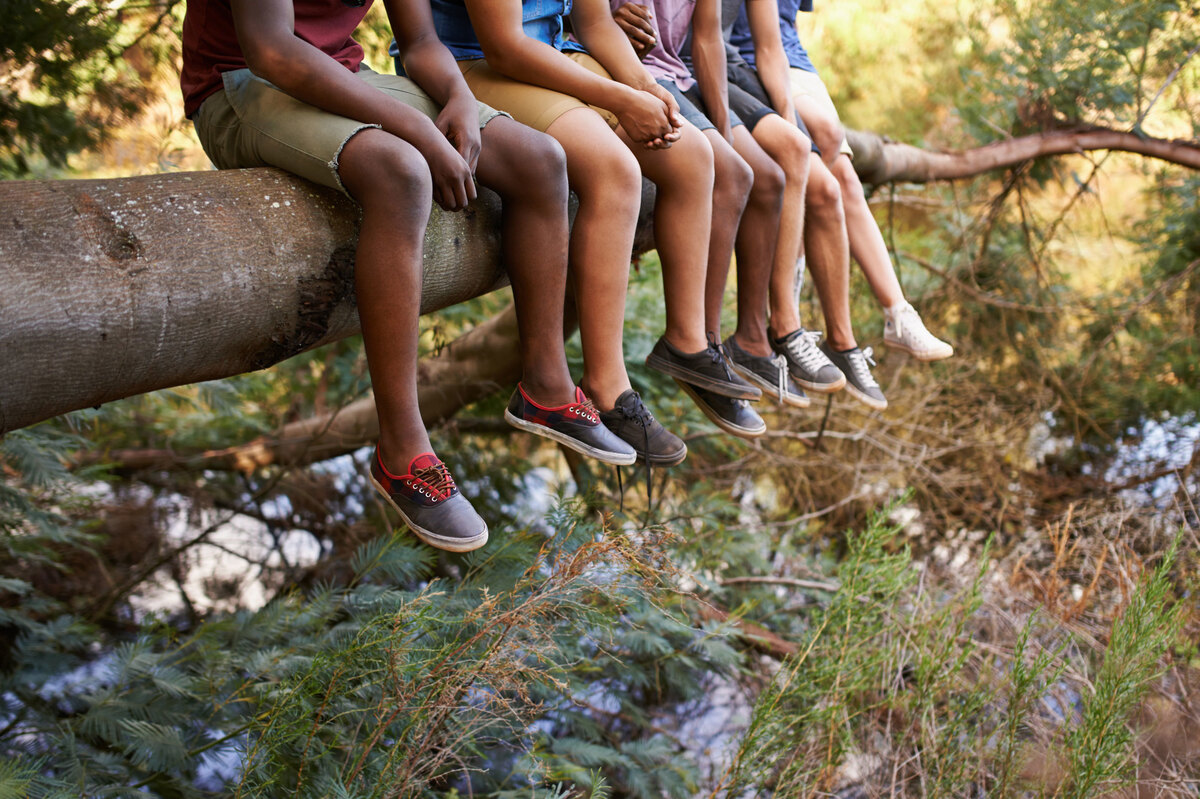 A growing number of sleep-away camps have already been canceled because of the coronavirus.

Summer camps around the nation are grappling with whether or how they can open this summer as the pandemic continues. The prospect is especially challenging for overnight camps, where hundreds of kids play, eat and sleep together, and the very idea of social distancing is completely anathema to the camp experience.

Little wonder a growing number of sleep-away camps have already capitulated to COVID-19.

"The cancellation of camp this summer is profoundly disappointing for all of us after what already feels like an eternity of frustration and uncertainty," wrote Shannon Donovan-Monti, executive director at Chimney Corners Camp in Western Massachusetts, in an email to parents this week. "There are no words that can take away the heartbreak of depriving our children and ourselves of something that has given us such joy and connection to others."

Eleven-year old Maddie Prince was among the many Chimney Corners campers who took it hard. "It makes me sad that I can't be with my friends," she said.

Camp is where she "grows up more," she said, and where she is happiest. "You don't have any tech and it's really easy to forget all of your worries," she added.

Will Summer Camps Open This Year?

Will Summer Camps Open This Year?

"I would argue that kids need camp this summer more than ever before," said Dayna Hardin, president of CampGroup, which runs 15 camps from Maine to Michigan, including 13 overnight camps that are still hoping to open. She says the overnight experience might be just what the doctor ordered for kids who have been suffering through months of isolation and anxiety. And she argued that kids may actually be safer from infection at overnight camp than at home.

"We are looking at this like we are the castle," Hardin said. "Our kids are going to enter the castle and we are going to pull up the drawbridge and we will be our own isolated community."

But a strict "no in, no out" policy would certainly crimp camps' style. It would mean no field trips, no visiting days and no socials or sports tournaments with other camps. Staff would have to remain on campus for days off. And laundry and food deliveries would pose challenges.

Camp life inside the "bubble," as some are calling it, would also change. Instead of playing tag, kids would have to fill their time with noncontact activities like making crafts.

"Camp is going to look very different," said Matt Fragala, managing principal consultant at Environmental Health & Engineering, the group hired by the American Camp Association (ACA) to recommend best practices and guidelines for camps. Specifics will depend on state and local mandates, but Fragala said recommendations will include constant disinfecting, spreading kids out for sleeping and eating at a distance and in shifts in the dining hall. The goal, Fragala said, is to "control some of the mayhem the best way we can. It's going to be a change from business as usual at camp. But there's a balance we have to try to meet to keep everybody safe and to minimize potential risk."

Camps are also expecting to have to split kids up into smaller units, said ACA president and CEO Tom Rosenberg. "These would be like families where [kids] would be able to socialize somewhat normally," he said. "But between the family circles, there will be physical distancing."

The same rule would apply to wearing face masks, according to Rosenberg. Campers would wear them when outside their "family" group, he said, and staff who interact with more than one "family" group, like a food service worker or an archery instructor, would likely have to wear a mask all day.

Camps would be expected to regularly monitor campers and staff for symptoms of COVID-19, for example by taking temperatures every day. But whether camps would test for COVID-19 is an open question. Some camps see testing as a requirement; they won't even consider opening unless they could test kids before and during the session. But other camps say they would not test, relying on taking campers' temperatures daily and watching for other symptoms. That's an approach some parents find irresponsible.

"That keeps me up at night," said Fina Barouch, a Boston-area physician and parent of two campers. She said she will not allow her kids to go to camp.

"It only takes one person to be shedding virus when completely asymptomatic, and my concern is that this could turn into something like the nursing home pandemic, where it just spreads exponentially," Barouch said.

The CDC has issued its guidance for camps, recommending general precautions like social distancing, screening and extra disinfecting. The agency also directs camps to follow state and local laws, but in most cases camps are still waiting to hear what those will be, and they're growing increasingly frustrated that they don't have more information to help them make their decision.

State and local governments are beginning to make their decisions on sleep-away camps. Georgia has banned them for the summer, and Connecticut has banned them "for the duration of this [...] public health emergency," which is likely to last through the summer. On the other hand, an executive order in Texas allows overnight camps to open after May 31 as long as they follow safety protocols, and officials in Vermont appear headed in the same direction. Other states, such as Minnesota, have banned overnight camps for now while keeping open possibilities for later. The vast majority of jurisdictions are still wrestling with the issue.

Massachusetts Gov. Charlie Baker said the issue comes up every day in conversation with other states.

"The tough part," he said, "is figuring out, especially when it comes to some of the stuff that involves the joys of being a kid, figuring out some way to do this, where you have at least enough rules to make sure it can be done safely, but you don't destroy the whole spontaneous nature of what those are supposed to be about."

Indeed, one camp director said an overnight camp that cuts so many core traditions would be like Disney World without the Magic Kingdom or Mickey Mouse.

Camp consultant Lauren Kasnett Nearpass, co-founder of Summer 365, agrees that if the restrictions become so onerous that camp no longer feels like camp, it may no longer be worth it.

"If you have to remove the magic completely," she said, "if it's going to look and feel so different, then perhaps you know, we just power forward to 2021."

The prospect of a watered-down camp experience gives pause even to die-hard campers like 15-year-old twins Sasha and Amanda Fine, who were looking forward to the perks and privileges they would enjoy as members of the oldest bunk at their camp this summer.

"Trust me, I want camp more than anyone," said Sasha. "It's just that we can't have camp like this. Like it's taunting us."

A month ago, Amanda said, her friends were all in favor of going to camp this summer no matter what. But now, she said, rather than a heavily compromised and shortened 2020, most would rather wait and have a "normal" summer in 2021.

A previous version of the Web story said Minnesota is among those states that have banned overnight camp for the summer. In fact, Minnesota's current ban extends through May 31.