Accessibility links
With Theaters Shut Down, Why Not Put On A 'Play At Home'? Theaters across the country have commissioned playwrights to create short plays that anyone can download and perform at home or online with friends and family. The initiative is called Play at Home.

Theaters across the country have commissioned playwrights to create short plays that anyone can download and perform at home or online with friends and family. The initiative is called Play at Home.

Read This Story On KQED 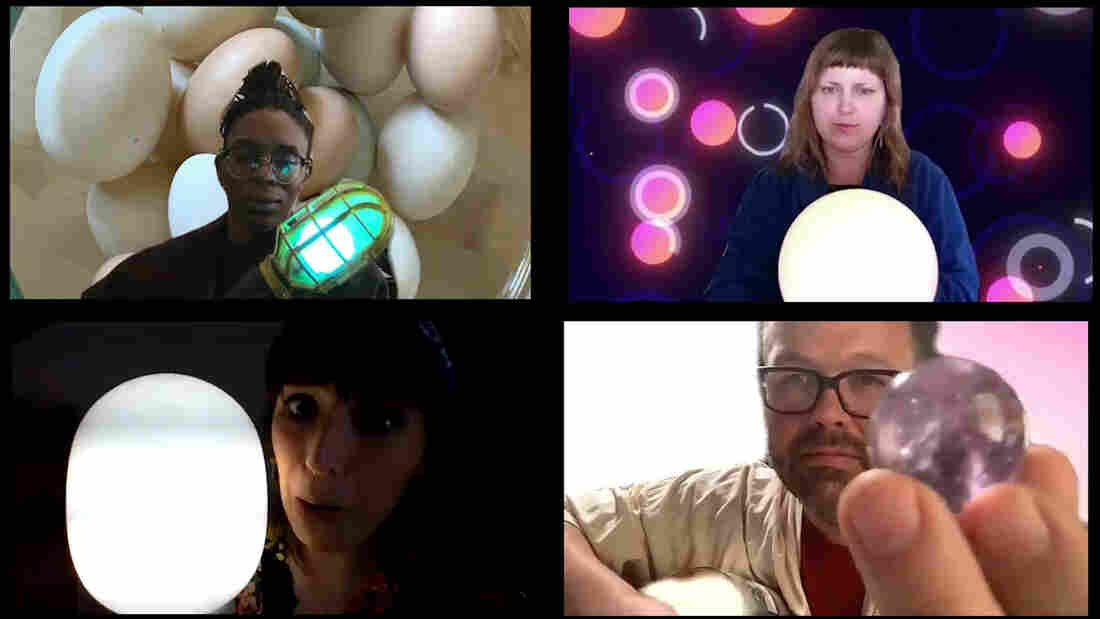 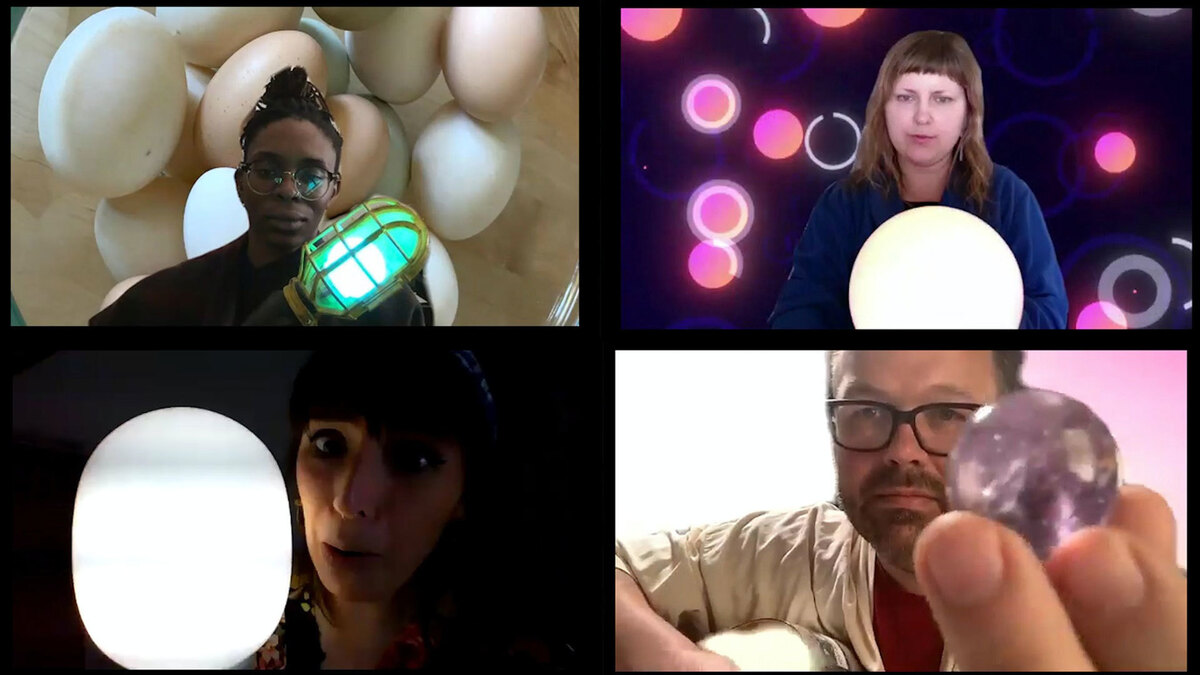 You can't go to the theater these days. So companies across this country, including New York's Public Theater and the Kennedy Center here in D.C., have asked dozens of professional playwrights to create short dramas for people to perform at home. The initiative is called Play At Home, and the scripts have been downloaded 20,000 times since April. Chloe Veltman got together some of her co-workers at member station KQED for a Zoom performance.

CHLOE VELTMAN, BYLINE: Gabe Meline reads out the opening lines of a new play by Min Kahng called "Half A Dozen Of The Other."

GABE MELINE, BYLINE: (Reading) Have you ever been told not to do something and then all you can think about is doing that one thing?

VELTMAN: Gabe was among the handful of co-workers who gamely responded to my callout asking who might be up for a little play-acting on Zoom. I picked Kahng's offering from around a hundred plays available on the Play At Home website. I needed a show for four people.

Does anyone in particular want to play any specific parts?

UNIDENTIFIED PERSON #1: I don't have a preference.

UNIDENTIFIED PERSON #2: Yeah, me neither.

VELTMAN: So we drew names from a hat. I liked the sound of Kahng's quirky drama centering on a mysterious locked wardrobe.

MELINE: (Reading) For example, I was told never to look inside this wardrobe.

VELTMAN: Of course, he opens it anyway.

UNIDENTIFIED PERSON #1: (Reading) What are you doing in Lee's bedroom?

MELINE: (Reading) The wardrobe was just open. I swear.

VELTMAN: All the Play At Home plays are available online for anyone to download for free and perform from home with friends and family or with colleagues. Gabe says doing Kahng's play served as a welcome break from having to be his usual self in Zoom meetings all day long.

MELINE: After doing this play, I realized how refreshing it was to be somebody else for 10 minutes.

VELTMAN: Since the stay-at-home orders went into place, theater companies have been web-streaming their own shows after their venues shut down. Theater director Stephanie Ybarra wanted to do something more interactive. So she came up with the idea for Play At Home.

STEPHANIE YBARRA: I started thinking about, who is sitting at home? Who is stuck together? And what would it look like for a play to be read by those folks?

VELTMAN: She leads Baltimore's Center Stage in Maryland. More than a dozen theater groups have commissioned playwrights to pen work so far, ranging from monologues to dramas with cast sizes worthy of Shakespeare. Ybarra says each author gets $500, as well as a few pointers.

YBARRA: Things like, hey, be mindful of the fact that there are probably multigenerational folks in one place, so maybe kid-friendly. And people don't really want to be sitting and reading a 6-hour play, so think about a five- to 10-minute play.

VELTMAN: The creativity is mind-boggling. There's one play featuring a pair of talking cats and the presidents of the United States and another set on a pirate ship that calls for butterflies and flying spaghetti. And then there's that play we performed by Min Kahng. It needed some props.

VELTMAN: The play has these glowing eggs that float in midair.

UNIDENTIFIED PERSON #2: (Reading) They glow on their own.

VELTMAN: The egg-shaped lamp made an appearance, along with a couple of eggy Zoom backgrounds and an actual chicken egg, which I grabbed from the fridge right before we started, having no other option.

I need a throbbing egg effect. The best I can do is just take this egg and go, woo.

Playwright Min Kahng says he has no idea what a throbbing egg looks like.

MIN KAHNG: Each group that's doing it figures it out in their own way. And I thought that was going to be a really fun thing to see - just creativity explode.

VELTMAN: Hey, Min. If you're out there listening, you can see our Zoom production of your play on KQED's website. For NPR News, I'm Chloe Veltman.