Accessibility links
DIY During Quarantine. What Could Possibly Go Wrong? Plenty Stay-at-home orders have inspired many people to take on do-it-yourself projects and tackle their own home repairs. But sometimes a toolbox and YouTube videos aren't enough to prevent disasters. 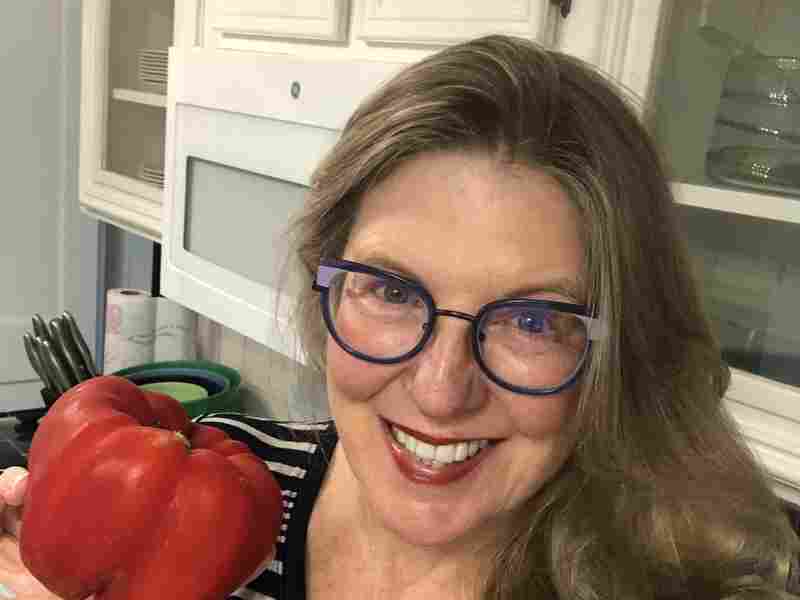 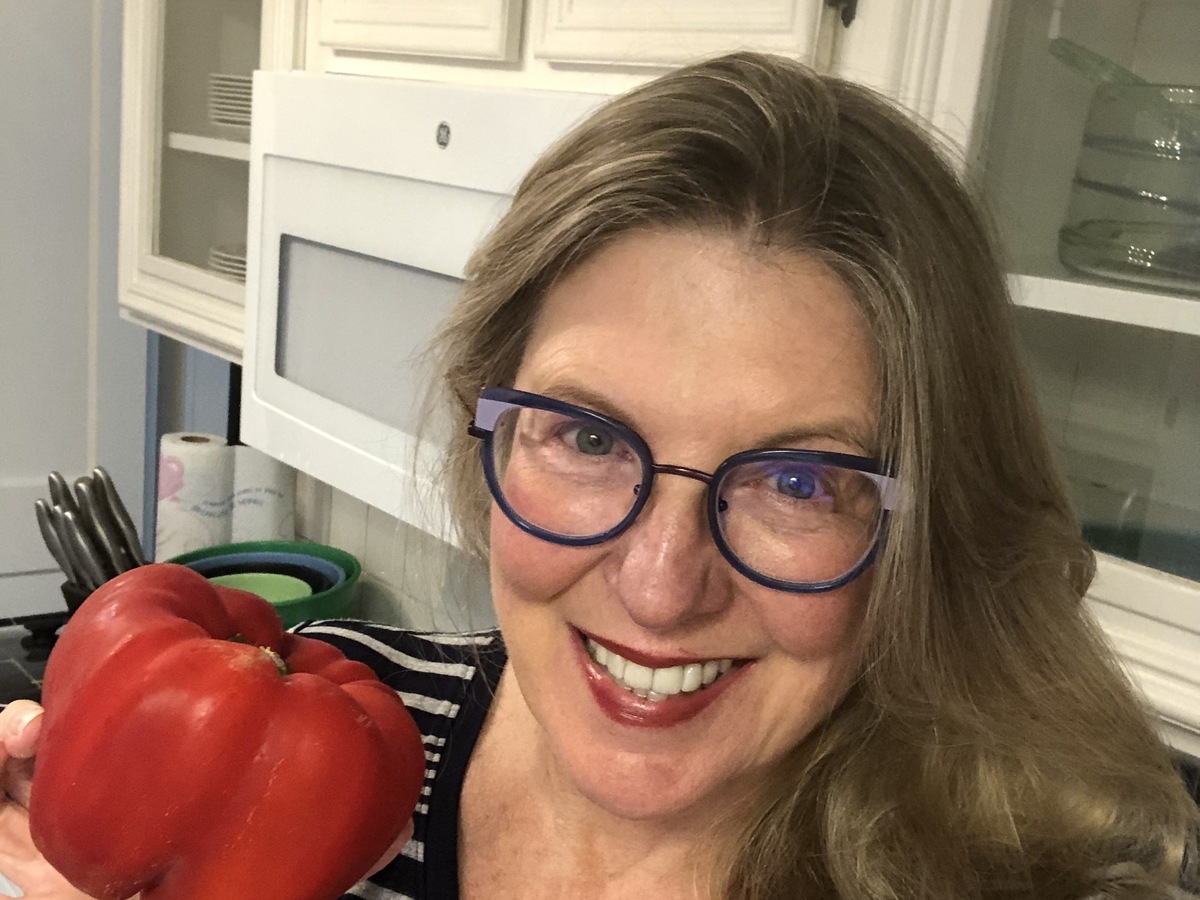 Vicki Novikoff Barnhart of Galveston, Texas, shows off her new microwave and a fresh red pepper.

Maybe your garbage disposal is broken or the fridge is slowly dying. Because of the coronavirus lockdown, you can't easily call a professional. But you have a hammer and you have YouTube, so what could go wrong?

We asked listeners that question, and they said plenty!

Vicki Novikoff Barnhart of Galveston, Texas, had a problem that was driving her to the point of madness. Her microwave oven was beeping loudly nonstop, 24 hours a day. Because it was built in, it wasn't possible to just unplug it.

A friend suggested she turn off the circuit breaker to the microwave. But it was mounted outside up high and would require taking the back off, which she figured was too dangerous. A different friend said to hit the microwave with a hammer. That just seemed like a great way to get electrocuted.

After living like this for six weeks, Barnhart finally got a repairman to come to the house to install a new microwave. He put the old one out on the curb, promising that someone would happily take it away.

He was right. A few days later, Barnhart was outside and heard a familiar sound. "I knew it was my microwave and it was at a neighbor's house," she says. "And then a full day later, I was out there and it was still on and it was still beeping!"

Barnhart recently was on her neighborhood posting site and saw these words: "Does anybody hear that beeping and do you know what it is?"

It was a quiet Sunday night in lockdown when Sophia Hsu of Brooklyn, N.Y., heard a crash and expletives coming from the bathroom. Hsu ran downstairs to find her husband standing next to the sink, now dangling off the wall.

Her husband, who's over 6 feet tall and says he has trouble turning around in small spaces, had "hip-checked" (ran into) the sink.

Hsu says he "wrecked the sink, the underlying pipes and my good weekend mood."

Hsu, the handy one in the family, opened up her toolbox. She lacked the right wrench, but using common sense and lessons from her father, she reattached the sink and all the pipes, and now it drains perfectly.

Theirs is a perfect quarantine match.

For Megan Glasscock of Pensacola, Fla., the recent national toilet paper shortage inspired her to install a bidet with her mother. 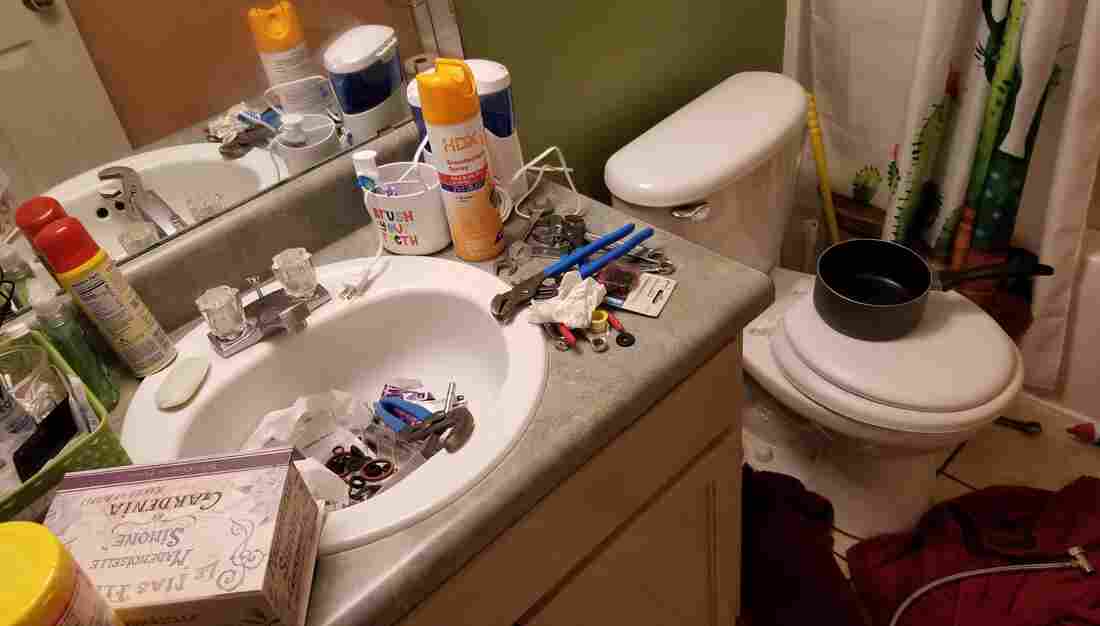 The bathroom at the Glasscock house in Pensacola, Fla., where mother and daughter attempted to install a bidet. Megan Glasscock hide caption 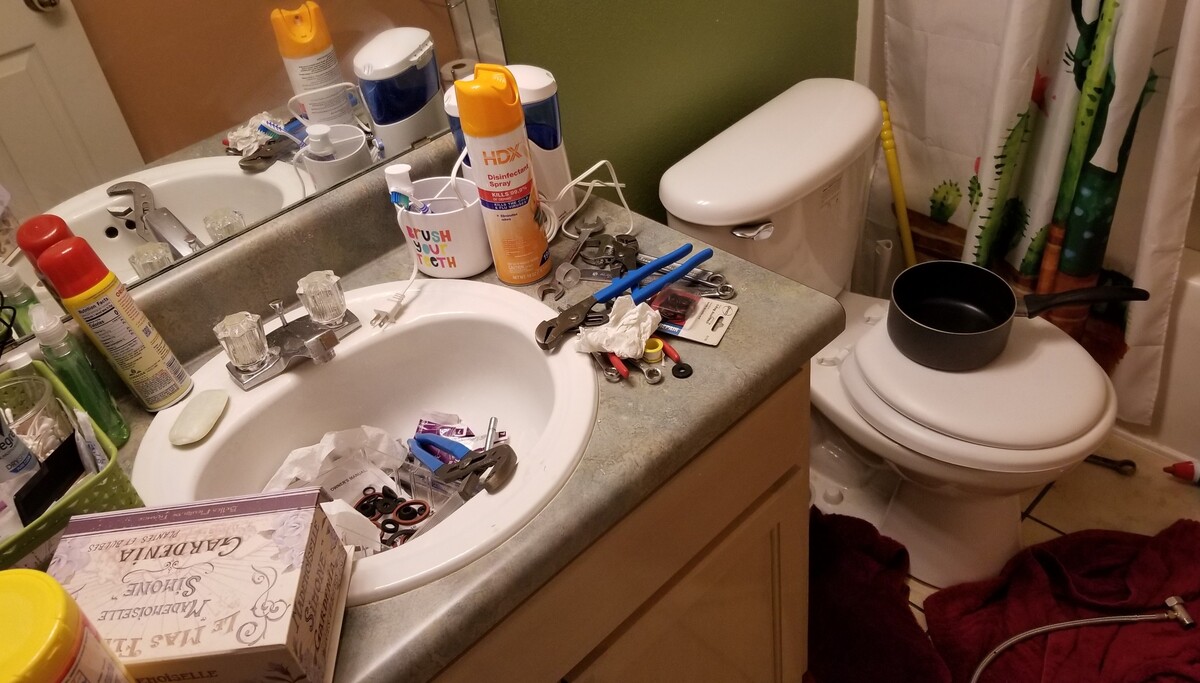 The bathroom at the Glasscock house in Pensacola, Fla., where mother and daughter attempted to install a bidet.

"Mind you, Megan knows nothing about plumbing," says her mother, Cheryl Glasscock.

The pair knew enough, though, to turn the water to the toilet off before getting started. After hours of struggling to install the bidet, which included a trip to the hardware store for a part, they called it quits for the night.

They turned the water back on.

"That's when the nightmare began," Megan says. The bathroom started flooding, and now this time the water wouldn't turn off.

Cheryl rushed outside to cut off the main water supply to the house. But in the dark, she couldn't find the valve. She reached down and started turning a wheel. That's when water began bubbling up from the ground.

Now both the bathroom and the yard were flooding. Water was everywhere. Buckets were no match.

Eventually the local water company arrived. They were dumbstruck at the destruction they found. They pumped out the yard and replaced the water meter that Cheryl had destroyed when she somehow disconnected the water meter from the water line.

After the mess was cleaned up and tears were dried, mother and daughter installed the bidet, this time following instructions on YouTube. That's key, the Glasscocks say.

They are now the proud owners of a bidet, just as toilet paper is back on the shelves! 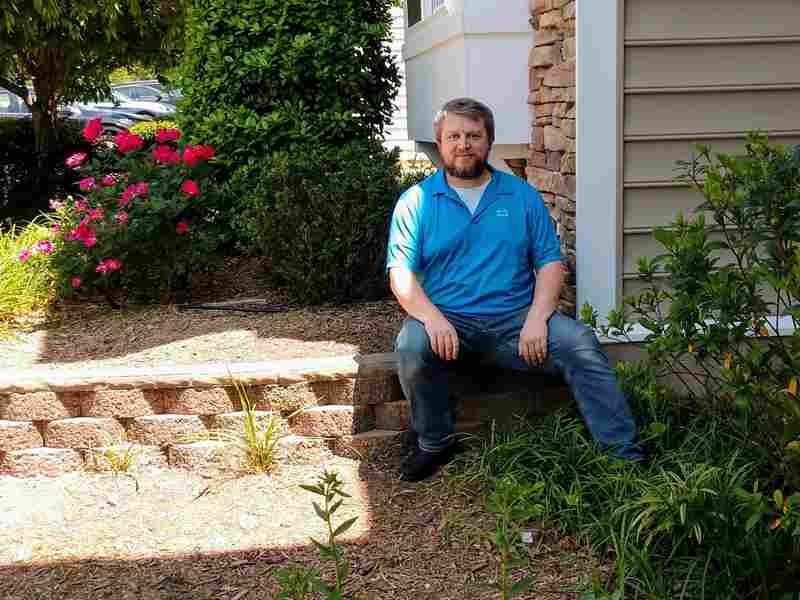 Kenneth McNay sits on the wall in question that separates his townhouse from his neighbor's. Deanna McNay hide caption 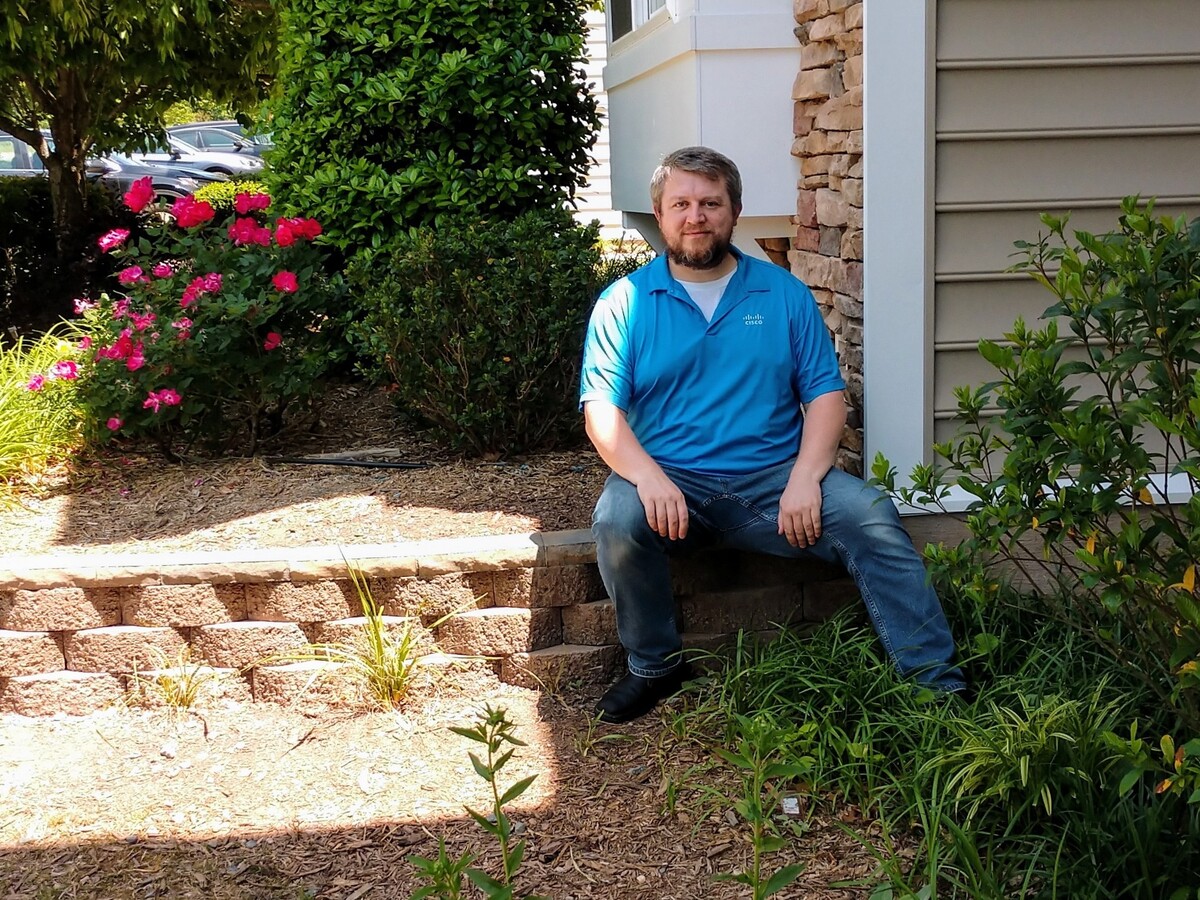 Kenneth McNay sits on the wall in question that separates his townhouse from his neighbor's.

Kenneth McNay of Morrisville, N.C., also decided to use the shutdown to take on a DIY project. "I noticed that the retaining wall between my and my neighbor's townhomes was sagging in the center."

He removed all the stones, leveled the ground with paving stones, rock and sand and then put everything back straight. He felt rather proud of the finished job.

McNay's neighbor, however, was not happy. She wanted a professional to do it. The neighbor was also worried about the safety warnings on the bags of stone and sand, which McNay found really puzzling.

"During the next weekend, she completely reversed my work, taking away all the stones, taking all the sand and gravel out and then putting it all back with a sag in the middle," McNay says.

What did McNay's neighbor do with the paving, gravel and sand that he had so carefully installed during the pandemic, when we are all supposed to be practicing social distancing and keeping surfaces clean?

She returned them all to his porch in zip-lock bags.