Accessibility links
Los Angeles Fire And Explosion Injures 12 Firefighters The fire and explosion happened at a supplier for companies that make concentrated resin of marijuana. Two firefighters were in critical condition Sunday. 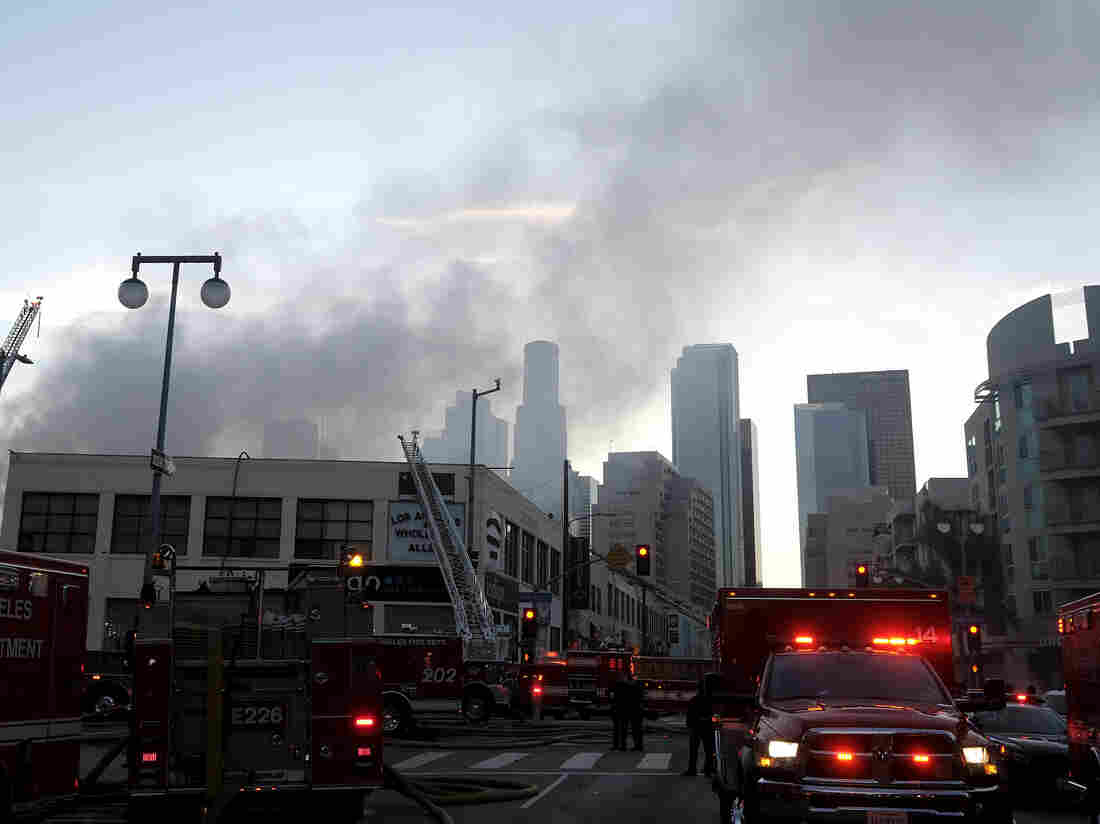 Smoke rises from the scene of a fire and explosion in Los Angeles on Saturday that injured 12 firefighters. Ringo H.W. Chiu/AP hide caption 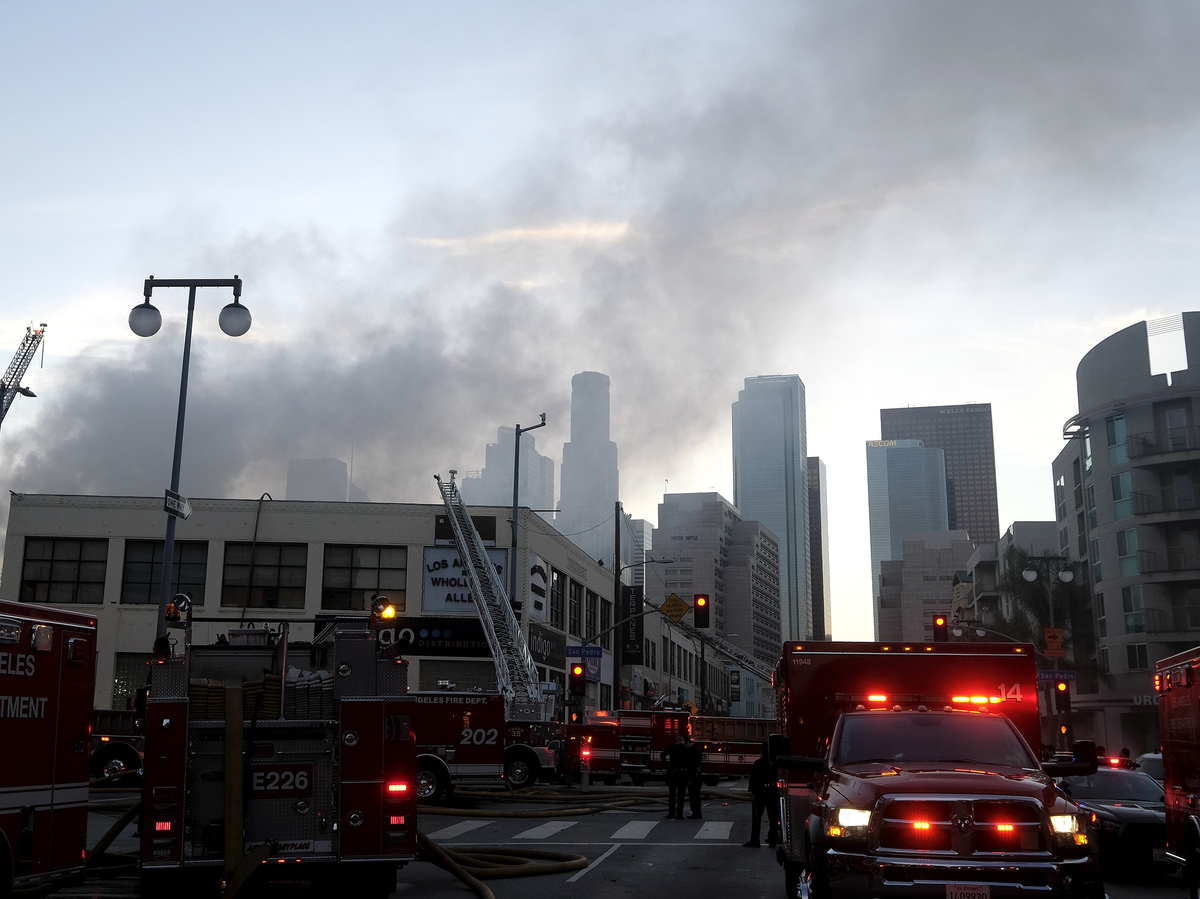 Smoke rises from the scene of a fire and explosion in Los Angeles on Saturday that injured 12 firefighters.

A fire and huge explosion at a building near downtown Los Angeles on Saturday evening left 12 firefighters injured, some critically, the fire department said.

The blast was so forceful that a fire truck across the street from the building was "blackened."

The building was a business — a supplier for companies that make butane honey oil, Scott said. Butane honey oil is another name for "hash oil," which is concentrated resin of marijuana.

Firefighters initially reported "moderate smoke" when they arrived at the scene around 6:30 p.m., said Fire Chief Ralph Terrazas. But they began an evacuation because of rising heat and smoke and the explosion occurred as the firefighters left the building.

According to Terrazas, a witness told officials firefighters were seen escaping from the roof with their coats in flames.

A "mayday" call went out — signifying that multiple firefighters could be injured — and more than 230 firefighters responded to the scene.

Dr. Marc Eckstein, LAFD's medical director, said on Saturday that 11 firefighters were taken to LAC-USC Medical Center. All of them were "awake and alert" on arrival, and all are expected to survive. The injuries ranged from first- to third-degree burns. At least one firefighter is expected to require skin grafts.

Two firefighters were in critical but stable condition Sunday, the department said. Six others are also still hospitalized, but three have been discharged. A 12th firefighter was treated and released Saturday night for a "minor extremity injury."

"This could have been horrendous," he said.

California Gov. Gavin Newsom said on Twitter he was "grateful for the brave firefighters and first responders on scene battling these flames tonight."