Accessibility links
Review: 'Rodham,' By Curtis Sittenfeld In Curtis Sittenfeld's new novel, Hillary Rodham dumps Bill Clinton and goes on to forge a life of her own, in law and then politics. It's an uncomfortable, moving, technically brilliant book.

'Rodham' Asks: Who Is Hillary Without Bill?

'Rodham' Asks: Who Is Hillary Without Bill? 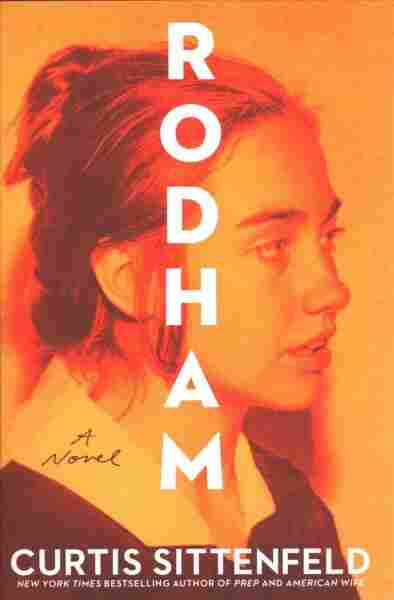 In her memoir Living History, Hillary Clinton introduces her husband, Bill Clinton, as "the person who would cause my life to spin in directions that I could never have imagined."

Is it me, or does the word "spin" conjure a car spinning off the road?

Curtis Sittenfeld's new novel, Rodham, imagines what would have happened if she had righted the wheel. Rodham is a nauseating, moving, morally suggestive, technically brilliant book that made me think more than any other in recent memory about the aims and limits of fiction.

Hillary's early life is the same: the suburban upbringing, Wellesley College, law school at Yale. There she meets the same Bill: charming and unfaithful with, eventually, credible assault allegations against him. But here the story changes: She leaves.

"The world has no right to my heart" — a line from the musical Hamilton — is one of Rodham's epigraphs. But the act of writing a novel imagining the inner life of the country's most revered and reviled female politician seems to assert the precise opposite: that we do have a right to her heart, that in entering public life she also in some sense entered the public domain.

Of course, Clinton has been a screen for projection throughout her career. "I became a lightning rod for political and ideological battles waged over America's future and a magnet for feelings, good and bad, about women's choices and roles," she writes in Living History. But Rodham feels more invasive than even the most intricate Reddit fantasies about Clinton — she runs a child sex ring; she is a literal witch — because of its plausibility: the attentive, almost obsessive way it catches her voice and her fears.

'Rodham' is a nauseating, moving, morally suggestive, technically brilliant book that made me think more than any other in recent memory about the aims and limits of fiction.

Here is Living History on Bill Clinton's mother, Virginia: "We figured out that what we shared was more significant than what we didn't: We both loved the same man."

And here is Rodham: "[W]e had nothing in common except him."

Living History recounts the moment Bill first proposes marriage: "I knew that when I decided to marry, I wanted it to be for life. ... I thought of him as a force of nature and wondered whether I'd be up to the task of living through his seasons."

And Rodham: "I need to be realistic about what I can live with. Once I get married, I want to stay married."

If this impersonation feels uncanny, even parasitic, it is. (It is also not the first time Sittenfeld has done it: The protagonist of 2008's American Wife was modeled on Laura Bush.) At the same time, it feels less exploitative than some of the ostensible nonfiction written about Clinton. She has been so fictionalized, warped and weaponized by pundits and journalists to fit their chosen narratives that straightforward fiction is almost reassuring in its aims: Only one of these mediums acknowledges its own artifice. It's something like the difference between an oil portrait and a misleading photograph — professional politicians know to never glance down when being photographed, lest newspaper editors file the image for use under "defeat, resignation."

There's a seaminess in reading it, too, in satisfying some impulse of prurience or fantasy or grief. Rodham is not fan fiction, however. In it, Hillary does leave Bill and therefore achieves an absolution lacking in real life: "If I was no longer his girlfriend, and never his wife, I was not responsible for his behavior, not even by extension," she thinks. But she makes other moral compromises (Donald Trump appears in this novel as an unlikely ally).

Rodham is also full of ethical mousetraps for its readers. The early chapters of the romance between Hillary and Bill contain an awful charm. This initial seduction of the reader — Bill writing love notes, Bill playing the saxophone naked, Bill ordering ice cream sundaes — is a reminder of how willing we are to bend moral rules when the transgressor plays for the home team. "What could be better than being alone in a room with Bill Clinton?" thinks Hillary, a sweet line made ghastly by Juanita Broaddrick's real-life rape allegation. When the trap springs, it hurts.

I've spent a lot of time over the past weeks trying to understand why Rodham is such an upsetting novel. There's the sheer invasiveness of the project, of course (can you imagine the real Clinton reading about herself having sex or, for that matter, having "ritual predebate diarrhea"?). And then there's the way it asks you, in those early chapters, to fall for Bill, only to bring you up short with your own hypocrisy: Is alleged sexual predator Bill Clinton really any better than alleged sexual predator Donald Trump? Sittenfeld asks. Or is he just more charming?

But I think the real answer is more fundamental and has to do with the way hope and grief struggle to coexist in the same mind. Since 2016, a lot of people have taken a grim pleasure in announcing they always knew Clinton would lose. That America is too sexist, too racist, too rotten at the core for it to have gone any other way. There's relief in thinking like that, in shutting the door, in closing the case. By fanning out alternate narratives, this novel strips readers of the comfortable and cynical knowingness of it had to be like this — you would have had to be stupid to think it wouldn't be like this. Instead, it asks us to imagine a different world. She could have been different; we could have been different; everything could have been different. And from there, what a short — excruciating, hopeful — leap it is to: Everything could be different.