Accessibility links
Biden, Obama Not Expected To Be Investigated In DOJ Probe The attorney general tells reporters that U.S. Attorney John Durham's inquiry on "potential criminality is focused on others." 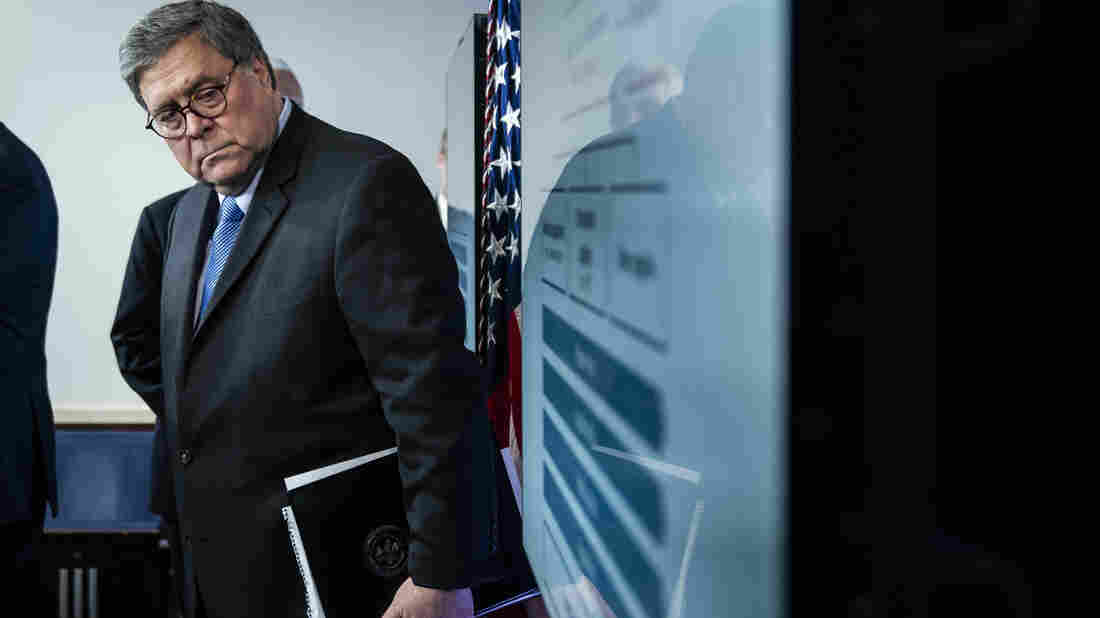 U.S. Attorney General William Barr, here at a White House briefing in March, appointed a U.S. attorney in 2019 to look into the origins of the Russia probe. Jabin Botsford/The Washington Post via Getty Images hide caption 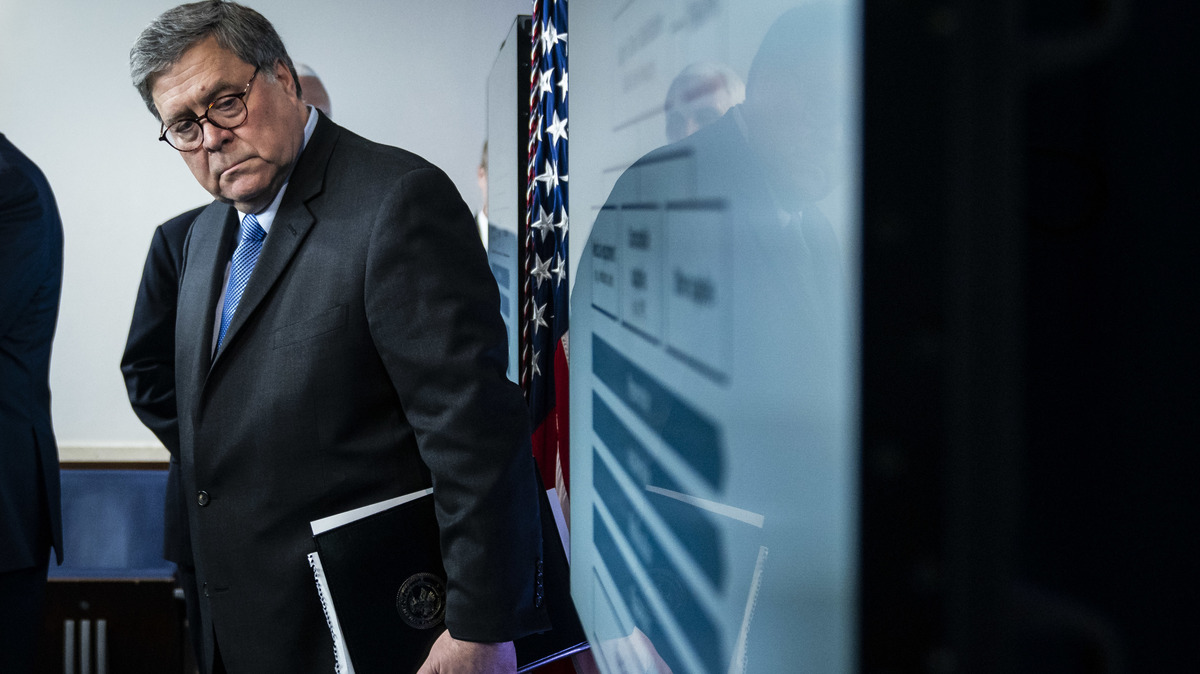 U.S. Attorney General William Barr, here at a White House briefing in March, appointed a U.S. attorney in 2019 to look into the origins of the Russia probe.

U.S. Attorney General William Barr told reporters Monday he does not expect a Justice Department probe examining the origins of the inquiry into Russian election interference will result in criminal investigations into either former President Barack Obama or his vice president, Joe Biden.

A year ago, Barr tasked John Durham, the U.S. attorney for Connecticut, with investigating the origins of the Russia probe. The review, which was upgraded to a formal criminal investigation later in 2019, seeks to determine whether there was impropriety in the FBI's investigation into whether Donald Trump's campaign colluded with Russia to influence the 2016 White House race in Trump's favor.

"Under the longstanding standards of the department, criminal charges are appropriate only when we have enough evidence to prove each element of a crime beyond a reasonable doubt. That is the standard we're applying," Barr said in response to a question about whether the department would investigate Obama and Biden.

"There's a difference between an abuse of power and a federal crime. Not every abuse of power — no matter how outrageous — is necessarily a federal crime," Barr said at an unrelated news conference to discuss last year's shooting at a U.S. military base in Pensacola, Fla. "Now, as to President Obama and Vice President Biden, whatever their level of involvement, based on the information I have today, I don't expect Mr. Durham's work will lead to a criminal investigation of either man. Our concern over potential criminality is focused on others."

Speaking at the White House later Monday, Trump said he "was surprised" by his attorney general's remarks about possible investigations into Obama and Biden.

"I have no doubt they were involved," Trump said. He added that he relies on Barr, whom he called an "honorable man."

The attorney general's comments come as Trump has promoted a conspiracy theory he has dubbed "Obamagate" in which he and his allies push the unfounded allegation that toward the end of his presidency, Obama engaged in various crimes to thwart Trump's political success, including spying on the Republican's campaign and wiretapping him.

Trump recently expanded the claim to imply that the Obama administration, through some malpractice, had set up former Trump national security adviser Michael Flynn.

Flynn admitted to lying to the FBI about conversations he had had with Russia's then-ambassador to the United States during the probe into Russia's interference in the 2016 presidential election. Despite this admission, the Justice Department earlier this month was looking to drop the charges against the former Army lieutenant general.

Trump and his allies have pounced on the recent disclosure that Biden, the presumptive Democratic presidential nominee, was among a group of Obama administration officials who may have sought to "unmask" Flynn when they saw that an unnamed official was in contact with the Russian envoy. It later emerged that the official was Flynn.

U.S. intelligence agencies get thousands of unmasking requests every year, and the Biden campaign has said the effort to tie him to impropriety regarding Flynn is just a political stunt to try to distract Americans from Trump's failed leadership during the coronavirus pandemic.

With reporting by NPR's Franco Ordoñez