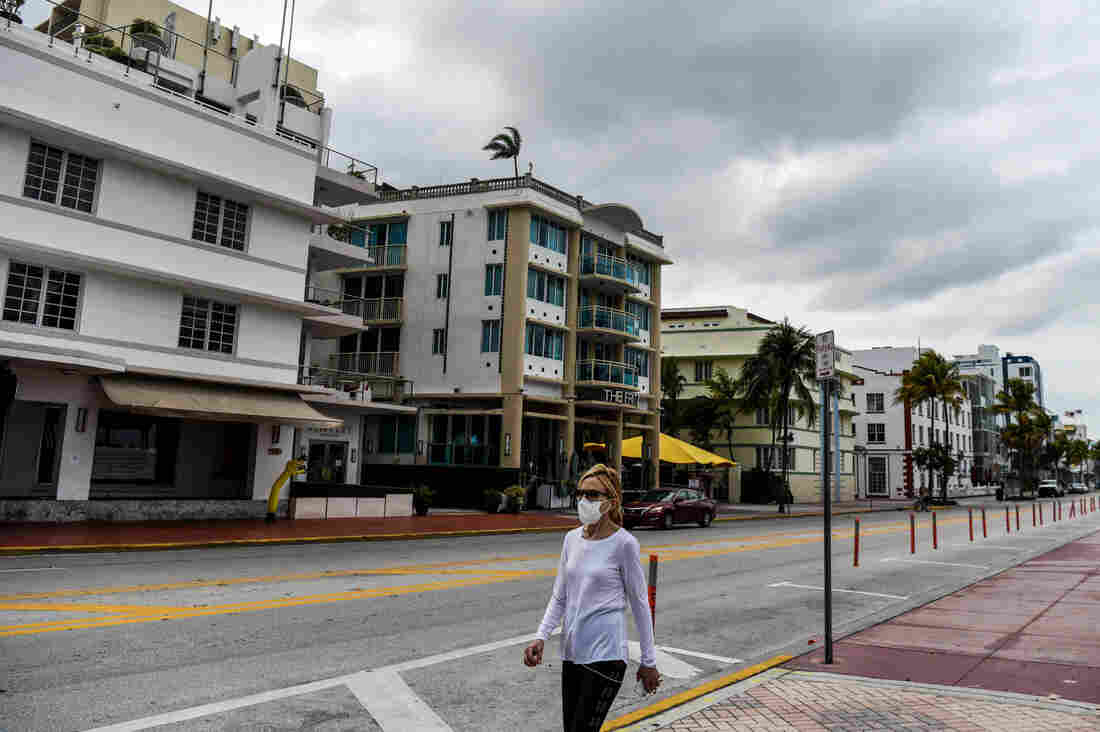 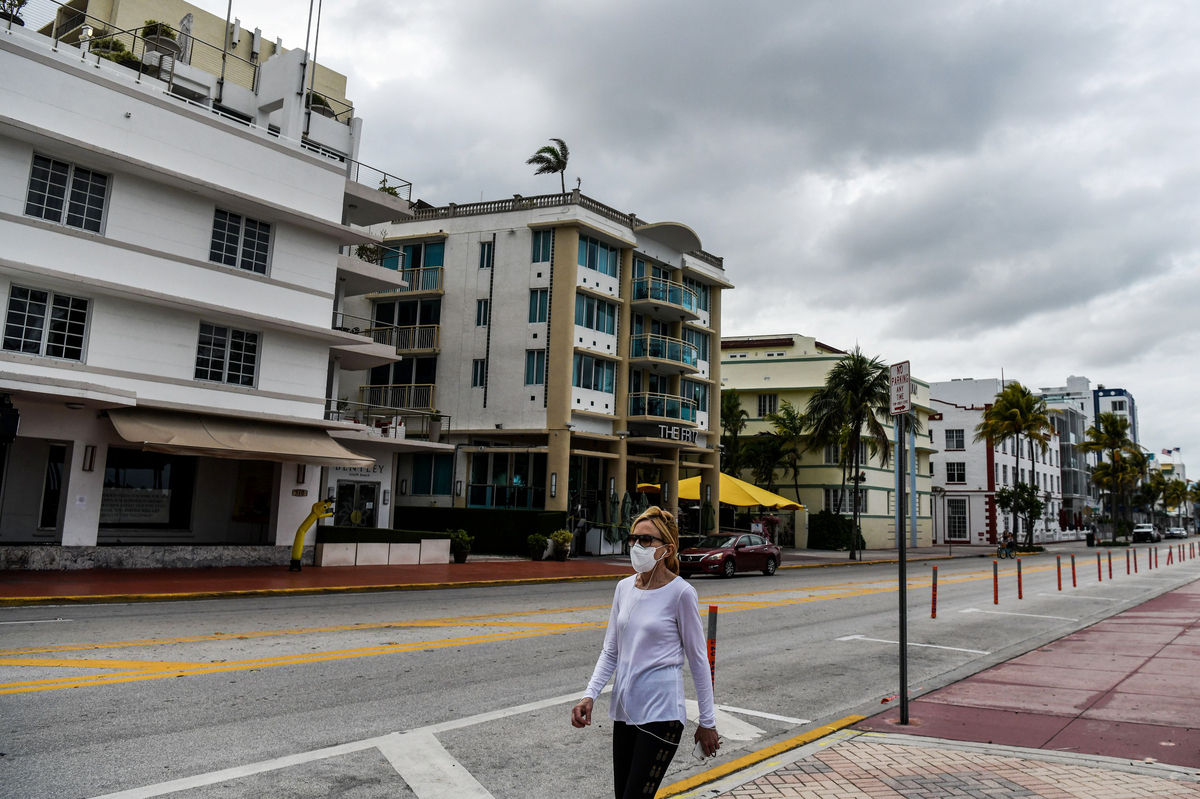 One day in early March, as the coronavirus was spreading across the country, Margaret McCown was in her office at the Pentagon figuring out how her staff could work from home.

As McCown went over the logistics, she began to feel a sense of déjà vu.

A pandemic. Government on alert. Schools and offices closing. It was a scenario she had seen before. Just not in real life.

"That was that uncomfortable moment where you find yourself a little bit living in your own war game," McCown said.

Starting in 2006, when she was a war gamer at the National Defense University, McCown spent two years running pandemic simulations for senior policymakers. The scenario: A novel flu strain is racing across the planet. The virus is deadly and highly contagious; U.S. officials are trying to contain the outbreak before it hits the United States. (Spoiler: They don't succeed.)

McCown called the first exercise "Global Tempest." In the office that day in March, she dug out an article she'd written about it for a defense journal. The title was "Wargaming the Flu."

"As I looked through it, I was realizing the extent to which it had really identified some of the things that we were living and some of the debates I was seeing on TV," she said.

In McCown's simulations, as in several others in the early 2000s, participants foresaw an overwhelmed health care industry struggling to respond to unprecedented demand. McCown's teams worried about the number of ventilators and hospital beds.

What's more interesting to McCown is that the gamers also identified the many ways a pandemic could disrupt ordinary life.

"People's ability to take time off work or having sick leave would impact their ability to abide by social distancing," McCown said. "And that decisions like when you close schools and so forth would come to be important."

McCown's pandemic series involved senior leaders from federal agencies, Congress and the Pentagon. Those and other games of that era predicted, in detail, much of the fallout the government is struggling with now. So the question is: Where's the disconnect between years of gaming out pandemic strategies and the chaotic response on display now?

War gamers say it's not their job to tell leaders what to do – they just shepherd officials through their options, trying to get them to think strategically about the potential consequences of different policies. In the end, the decisions on national security priorities are up to those in power. And for a number of reasons, current and former officials say, the specter of a pandemic never made it to the top of the list.

Administrations came and went, each with its own national security agenda. And in the years after the Sept. 11 attacks, the focus was on the wars in Afghanistan and Iraq, and terrorist groups such as al-Qaida and, later, ISIS. Unlike a virus, those threats were visible and tangible.

"Pandemic may not have waned in importance, but other national security issues kind of crowded attention more," McCown said.

McCown's flu series was part of a trend in pandemic war gaming that rose in the decade after the Sept. 11 attacks. The exercises had ominous names: Dark Winter, Clade X, Atlantic Storm. And they didn't end well. Some teams faced catastrophic death tolls and riots in the streets.

The participants in McCown's games grew pessimistic that medical interventions could catch up with the damage caused by the virus. By the end of the series, she said, the teams were "focusing more on what would you do if none of those worked or took a long time to become available." They discussed nightmare scenarios of poultry culling and civil unrest.

"All told, exercises moved away from what could be characterized as an emergency response understanding of the problem toward a more public health understanding," McCown concluded in her report. 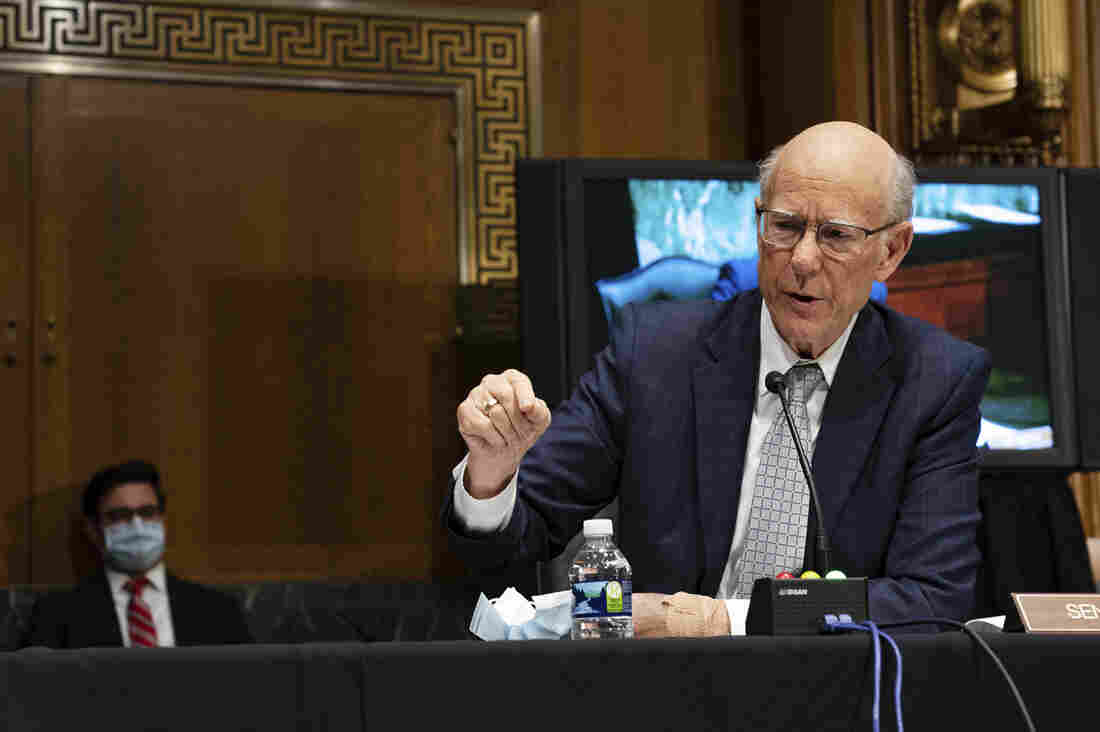 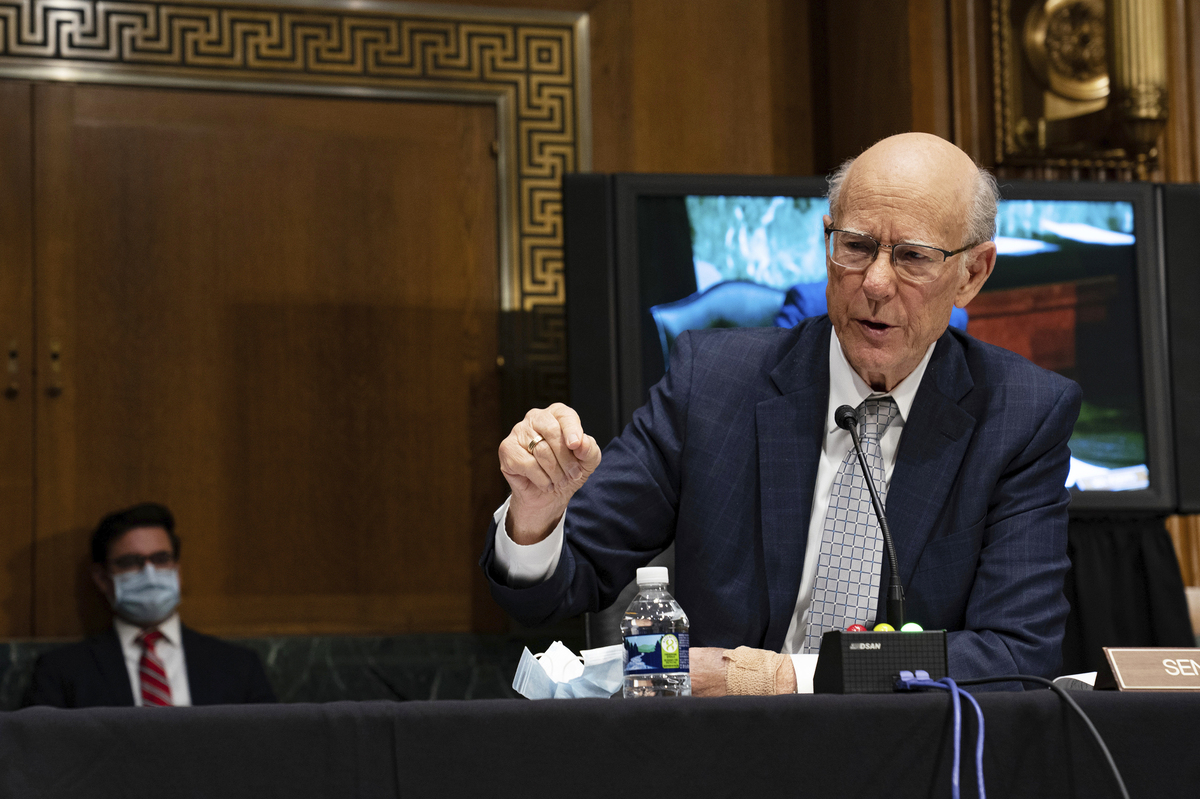 Sen. Pat Roberts, a Kansas Republican who's been in Congress nearly 40 years, took part in some of the earliest pandemic games, including McCown's series. Through the Senate Agriculture Committee, he's also helped shape U.S. responses to real outbreaks. When the coronavirus hit, he said, he recognized the severity right away. It was the big one he'd been dreading for years.

"We worked on African swine fever — that's H1N1 — and also the avian flu, and now we're working very hard on COVID-19," Roberts said. "So, yeah, this is not my first rodeo."

Roberts said each experience was instructive – and alarming. It became clear to him that the nation needed to prepare for a potentially catastrophic pandemic, whether caused by an act of bioterrorism or a virus transmitted from animals to humans.

"From time to time, there were all these warnings, and we were trying to get the attention of all the intelligence agencies: Move this to the top of the line," Roberts said. "I don't know how many times I asked the CIA when I was the intel chairman."

The senator said he can't divulge the CIA's specific response, but he said the outbreak threat just never stuck as a national security priority. As Roberts put it: "You could never get it in the top 10."

The Pentagon's McCown said there are lessons and limits to war games. No simulation can prevent a deadly new virus from snowballing into a pandemic. But she said there's value in "creating that space for people to think through problems in a hypothetical set of circumstances."

Fourteen years after her first pandemic simulation, McCown said, the experience is coming in handy at work and at home.

"When I'm Cloroxing my car keys and wiping down my doorknob and picking up delivery groceries and so forth," she said, "I'm thinking through [the] big picture of why am I doing this, and, you know, not just the nuisance factor."