Accessibility links
Cruise Shutdown Saps Southeast Alaska's Economic Lifeblood Cruise lines have canceled voyages to Southeast Alaska through the summer because of COVID-19. The move is devastating to the economies of many small cities that depend on tourist dollars. 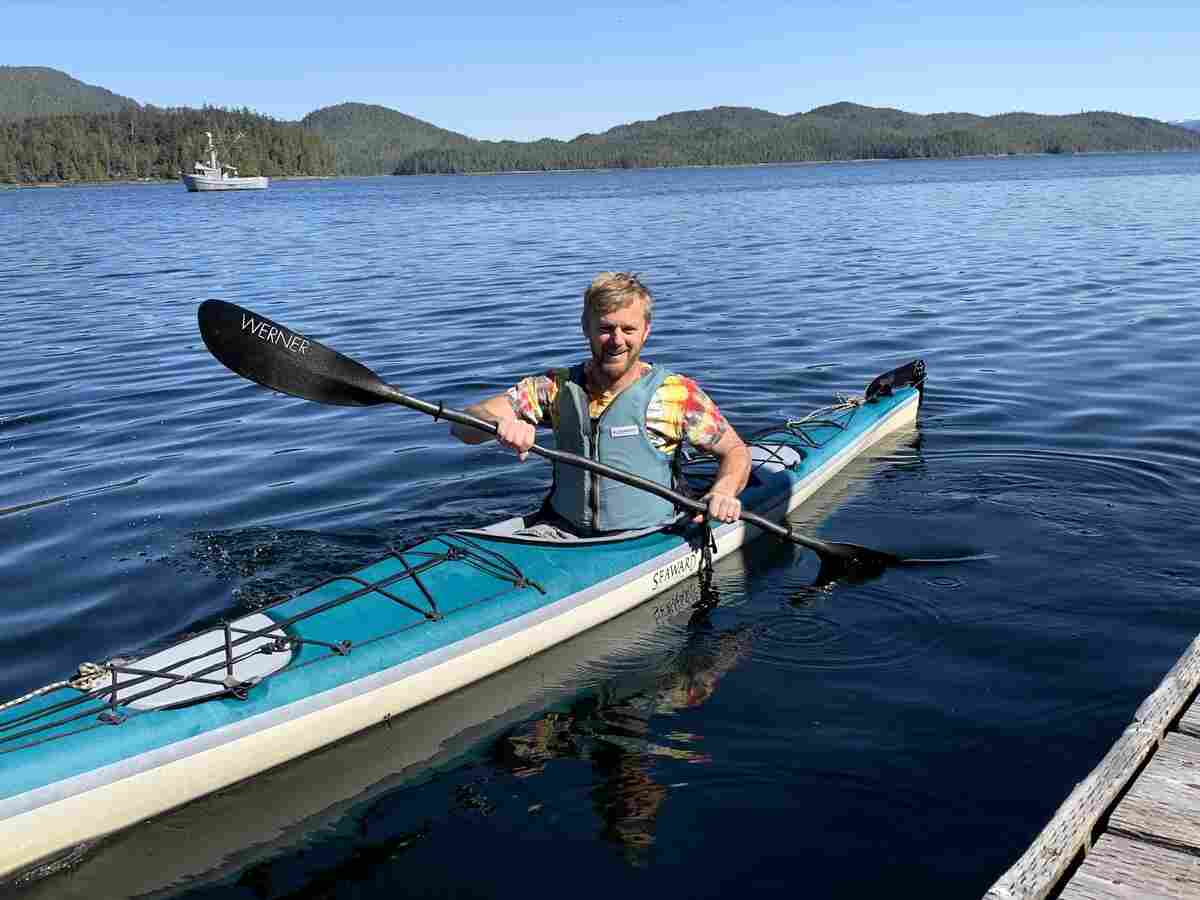 Southeast Exposure tour manager Jared Gross pushes off from his dock in Ketchikan, Alaska. The company is expecting a significant downturn in kayak rentals this summer because of the lack of cruise ships. Eric Stone/KRBD hide caption 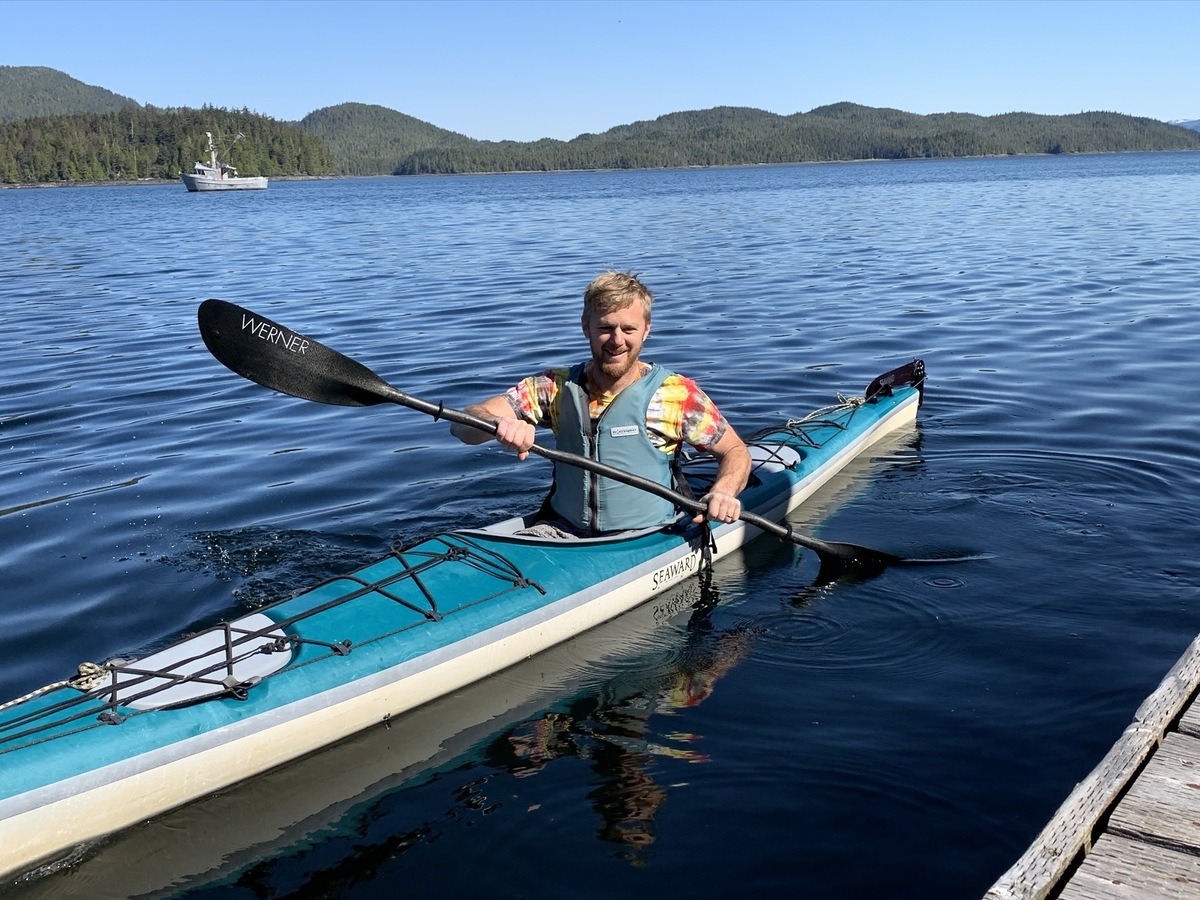 Southeast Exposure tour manager Jared Gross pushes off from his dock in Ketchikan, Alaska. The company is expecting a significant downturn in kayak rentals this summer because of the lack of cruise ships.

It's quiet on the docks in Ketchikan. In this Southeast Alaska town that depends on cruise ships to make ends meet, that's worrisome.

Patti Mackey is the head of the Ketchikan Visitors Bureau. Any other May, she said, these docks would be abuzz.

"There would be several thousand people in Ketchikan at the same time getting ready to see the town — and spend their money," Mackey said.

It was supposed to be a record year. More than 1.2 million cruise passengers were projected to visit. They would have pumped $190 million into Ketchikan's economy.

Those tourists would have supported numerous businesses throughout the region — from souvenir shops to jewelry stores to tour operators. Across Southeast Alaska, tourists were forecast to spend nearly $800 million this summer, supporting 8,000 jobs in a region with 70,000 full-time residents.

Then the world changed.

Cruise lines suspended operations as the coronavirus spread quickly aboard ships. Voluntary suspensions turned mandatory when the Centers for Disease Control and Prevention issued a "no-sail order." It's set to expire July 24.

But it's unclear whether any of the big ships will visit Ketchikan this year — Carnival and subsidiaries Holland America and Princess Cruises have canceled Alaska sailings through the end of the year. All told, nearly 80% of Southeast Alaska's sailings are gone.

That means a lean season lies ahead for businesses like Southeast Exposure, which offers kayak and zipline tours on the north side of Ketchikan.

"I'd say almost 100% of our business is from the cruise ships," Southeast Exposure manager Jared Gross said. "We're trying to figure out where we can get new business — hopefully some local business this summer." 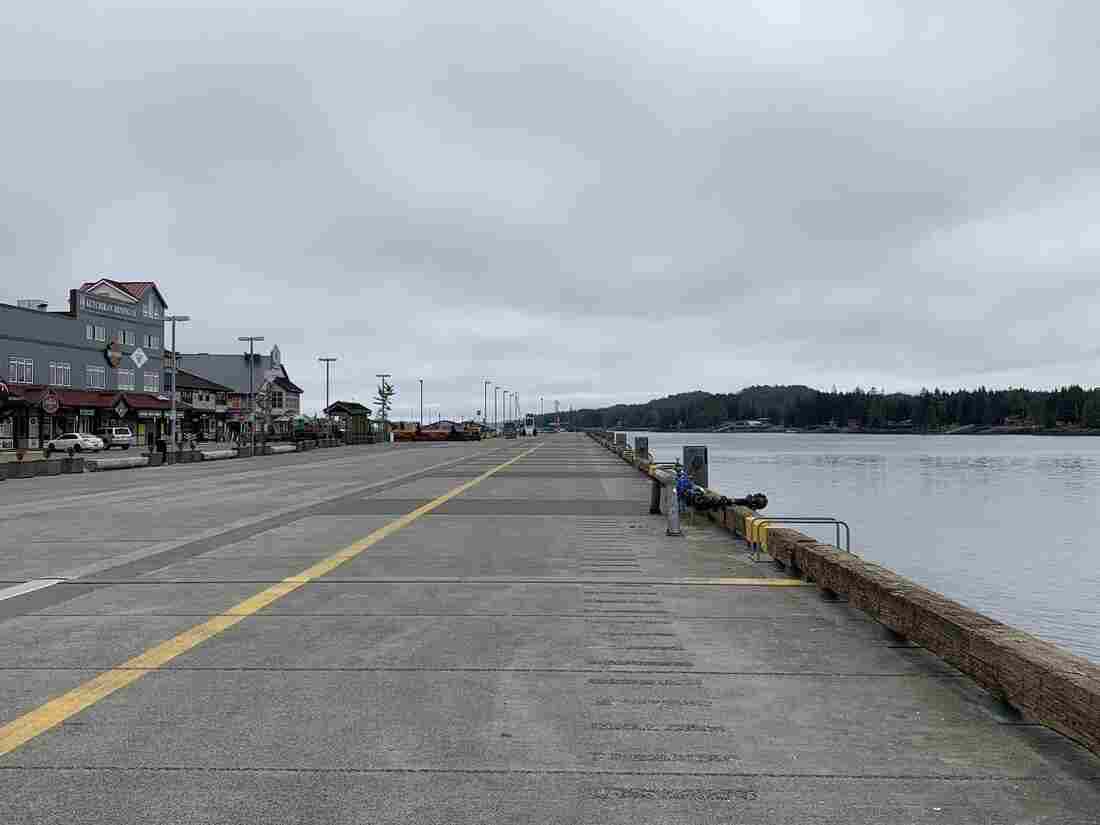 Cruise ship berths in Ketchikan, Alaska, sit empty on May 13 — a day when two ships carrying a total of more than 4,500 passengers were originally scheduled to arrive. Eric Stone/KRBD hide caption 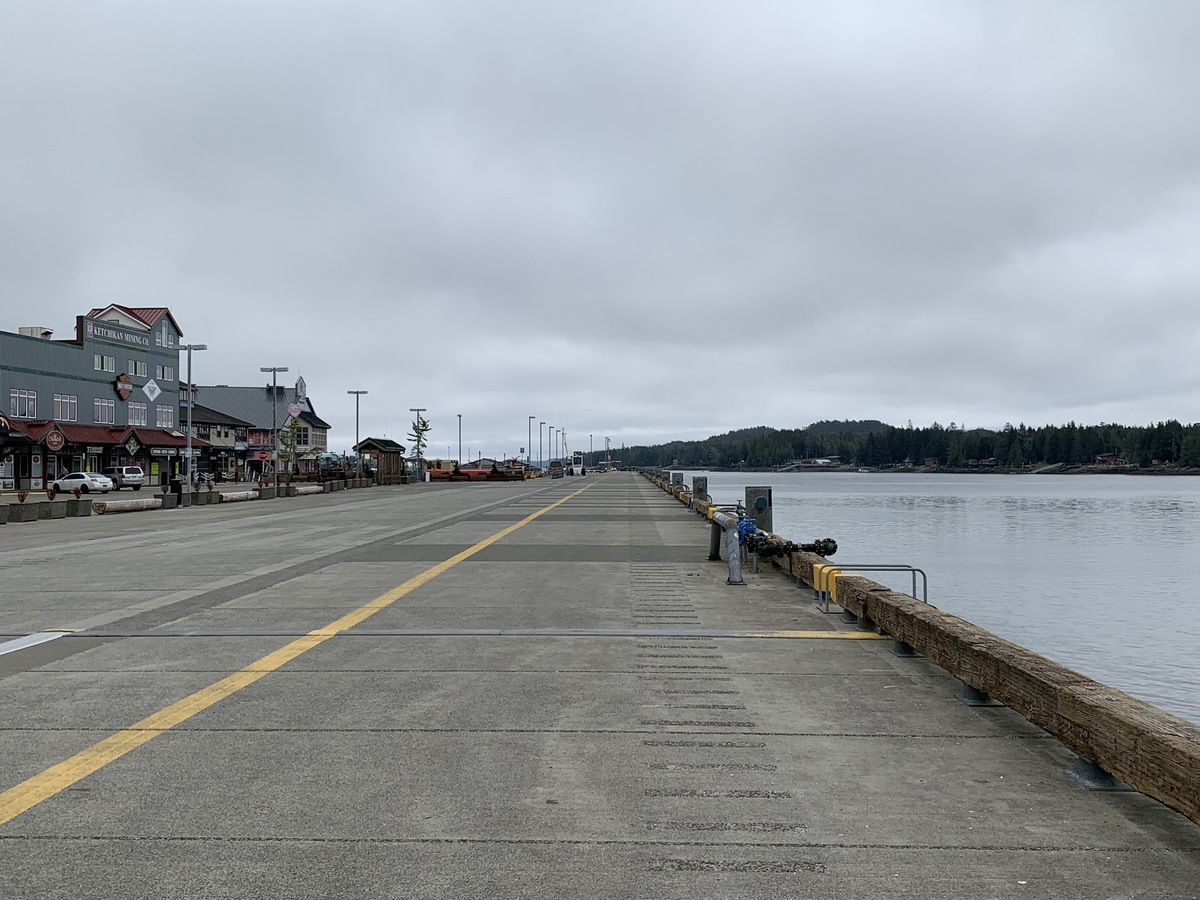 Cruise ship berths in Ketchikan, Alaska, sit empty on May 13 — a day when two ships carrying a total of more than 4,500 passengers were originally scheduled to arrive.

It won't come close to replacing revenue from tourists. Gross is offering a seasonlong kayak rental for $200. Tours for cruise ship visitors cost closer to $100 per day.

Fortunately, he said, his 34-year-old family business has low overhead. He's confident Southeast Exposure will survive the shutdown to see 2021.

Many others won't. The Ketchikan Visitors Bureau asked 75 local businesses how long they could hang on without tourists in town. Only about a quarter said they could endure until next summer.

Cruise ship tourism isn't just the cornerstone of Ketchikan's economy — it also underpins its municipal finances. Sales taxes collected on whale watching trips, some floatplane excursions and souvenir T-shirts help pay for its police and fire departments. Port fees go toward paying off hundreds of millions of dollars' worth of upgrades to the city-owned downtown cruise ship docks.

How The Coronavirus Pandemic Might Affect States With Big Tourism Economies

How The Coronavirus Pandemic Might Affect States With Big Tourism Economies

Over the past few decades, Ketchikan has moved from timber to tourism. Nowhere is that more evident than at Ketchikan's old wood pulp mill.

"This really was the economic heart of not only Ketchikan, but really of Southeast [Alaska]," said John Binkley, standing at the end of a partially completed cruise ship dock in Ketchikan's Ward Cove. He's part of a group of investors partnering with Norwegian Cruise Line to turn the shuttered mill into a $50 million cruise ship terminal.

Until last year, Binkley was the Alaska cruise industry's representative-in-chief. His family has been in the tourism business for 70 years, and he's seen the business ebb and flow. He said he's confident visitors will return.

"I think there's ... something within us as humans that we want to travel. We want to go out and experience new things and different things," Binkley said. "I think that will always be there."

For now, however, there are a lot of questions as to how Southeast Alaska businesses and towns will make ends meet.