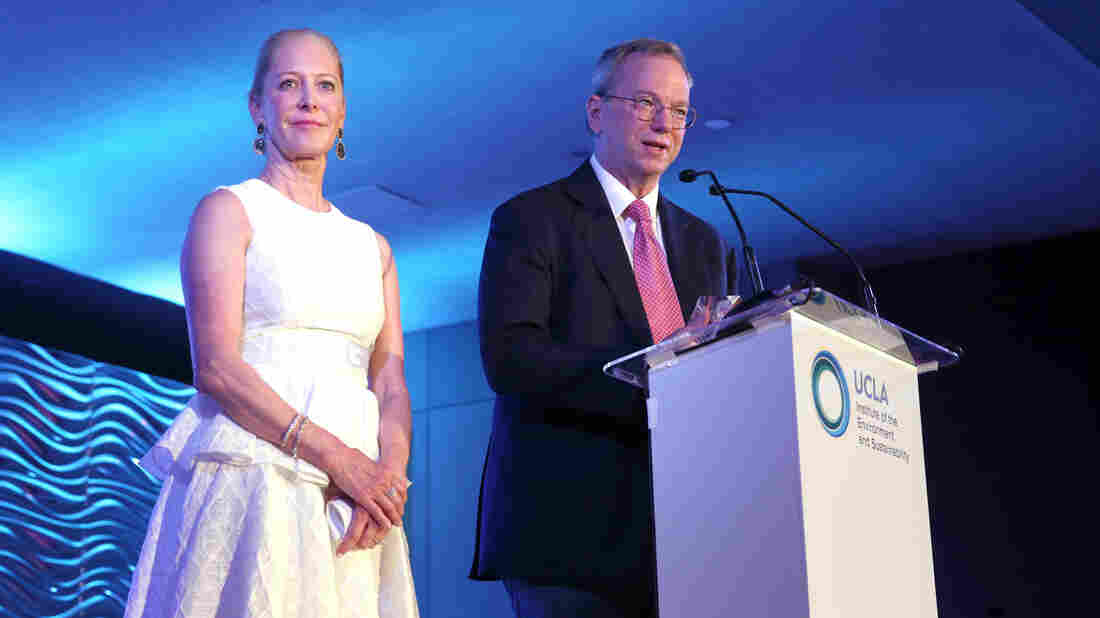 Wendy Schmidt, with husband Eric at a 2016 event, said of the gift to the NPR regional newsrooms: "Now more than ever, we depend on high-quality journalism for timely and critical information." Todd Williamson/Getty Images hide caption 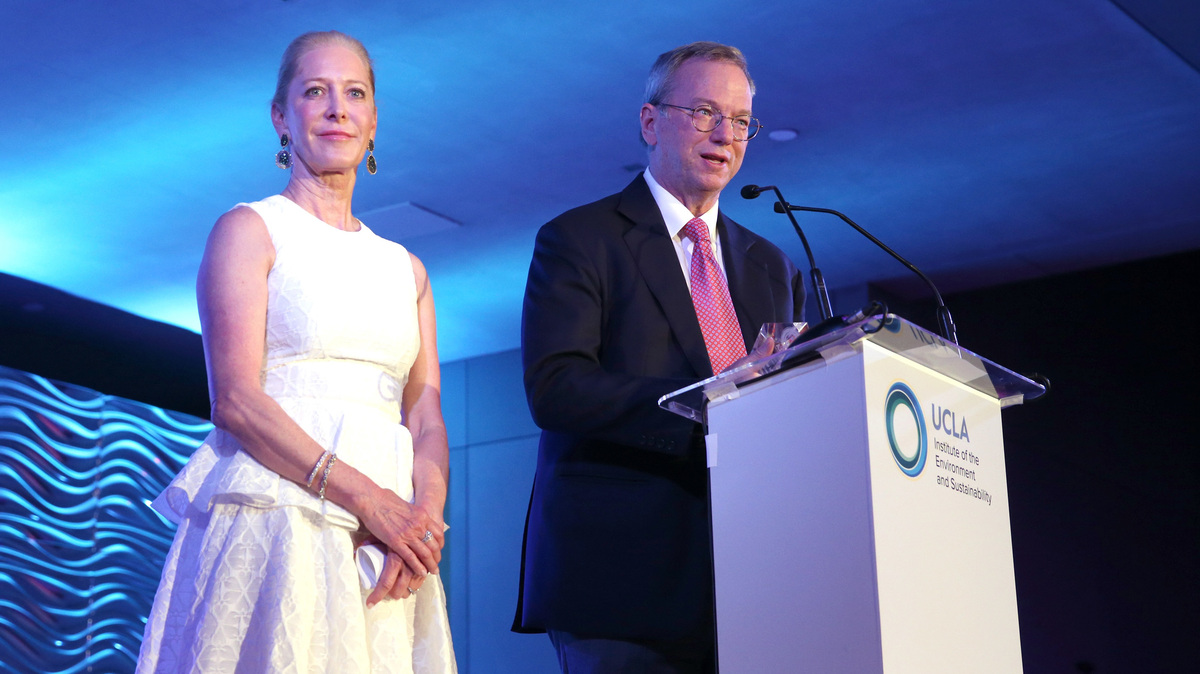 Wendy Schmidt, with husband Eric at a 2016 event, said of the gift to the NPR regional newsrooms: "Now more than ever, we depend on high-quality journalism for timely and critical information."

At a time of widespread layoffs and cutbacks throughout the local news business, a pair of philanthropists is seeking to promote more local coverage from public radio with a gift of $4.7 million for NPR collaborations in the Midwest and California.

The gift from Eric and Wendy Schmidt, the former executive chairman of Google and the head of the Schmidt Family Foundation, respectively, will launch the Midwest regional newsroom and boost the one in California with a focus on investigative reporting and coverage relevant to underserved communities.

"Now more than ever, we depend on high-quality journalism for timely and critical information," Wendy Schmidt said in a statement. "Local news is especially important, and with so many newsrooms in decline, we need to invest in strengthening reporting resources from trusted sources like public radio."

Pandemic Threatens Local Papers Even As Readers Devour Their Coverage

Many news outlets have announced layoffs, furloughs and other cost savings measures in response to the economic fallout of the pandemic. The newspaper chain Tribune Publishing is making some pay cuts permanent to achieve savings that will last beyond the current crisis. NPR has embarked on a course of temporary pay cuts and furloughs after negotiations with its unions with a stated aim to avoid layoffs. The Schmidts' grant will not mitigate those cuts.

"This generous gift will allow the Midwest and California regional newsrooms to focus on investigative reporting, which is so essential to an informed citizenry and democracy," Nancy Barnes, NPR's senior vice president for news and editorial director, said in a statement. "It's also the type of journalism that has been eroding at the local level as newspapers scale back."

The California newsroom, led by former Marketplace assistant managing editor Joanne Griffith, will serve all public radio stations across the state, and is anchored by major stations in San Francisco, San Diego, Sacramento and Los Angeles. The Midwest newsroom includes major stations in Iowa, Kansas, Missouri and Nebraska and is intended to serve all stations in those states. The grant will help the newsrooms hire new investigative reporters and help public radio stations in the regions coordinate breaking news and political coverage.