Accessibility links
Johnson & Johnson Stops Selling Talc-Based Baby Powder In U.S. And Canada The company says demand has declined "fueled by misinformation around the safety of the product and a constant barrage of litigation advertising." Lawsuits allege that the powder causes cancer. 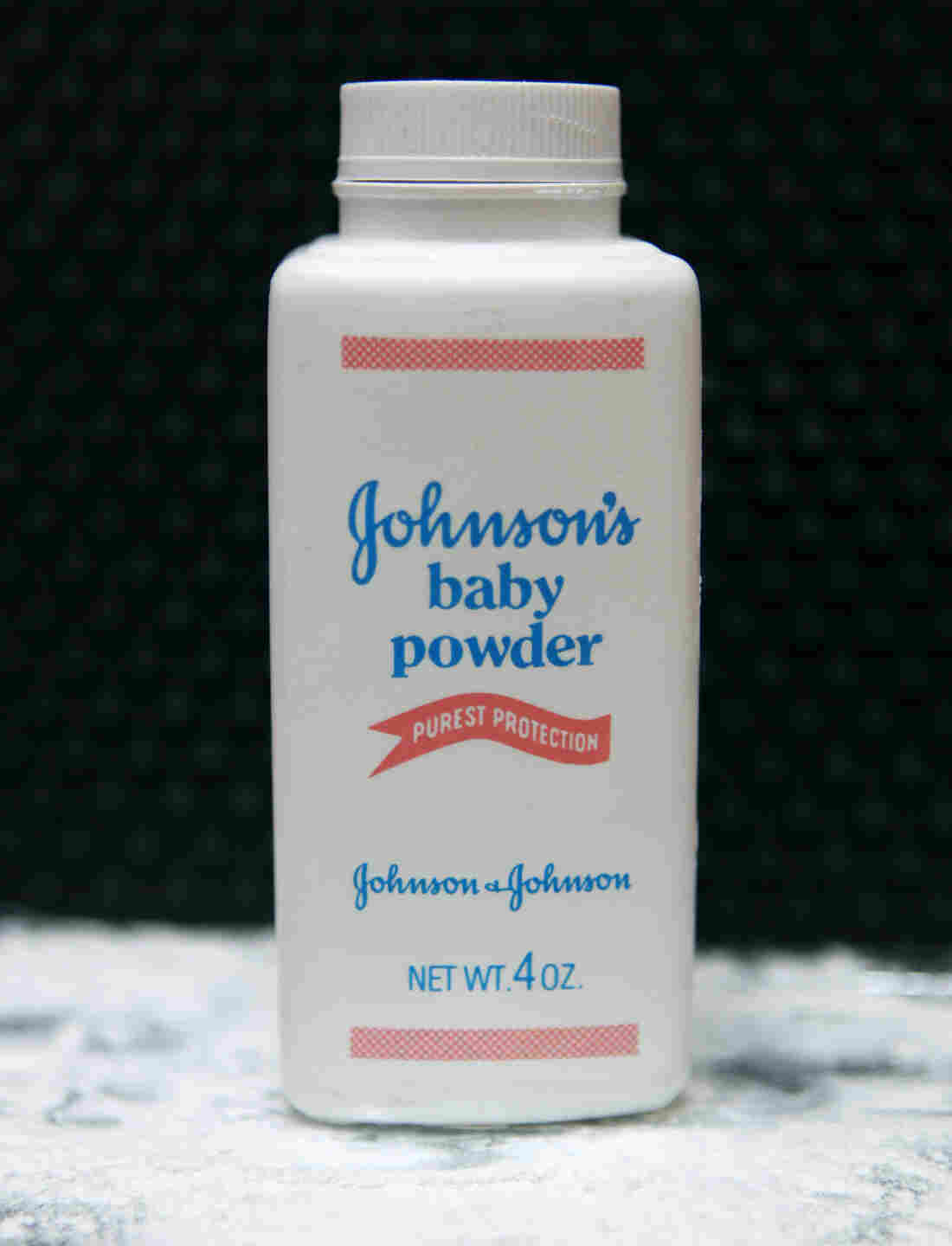 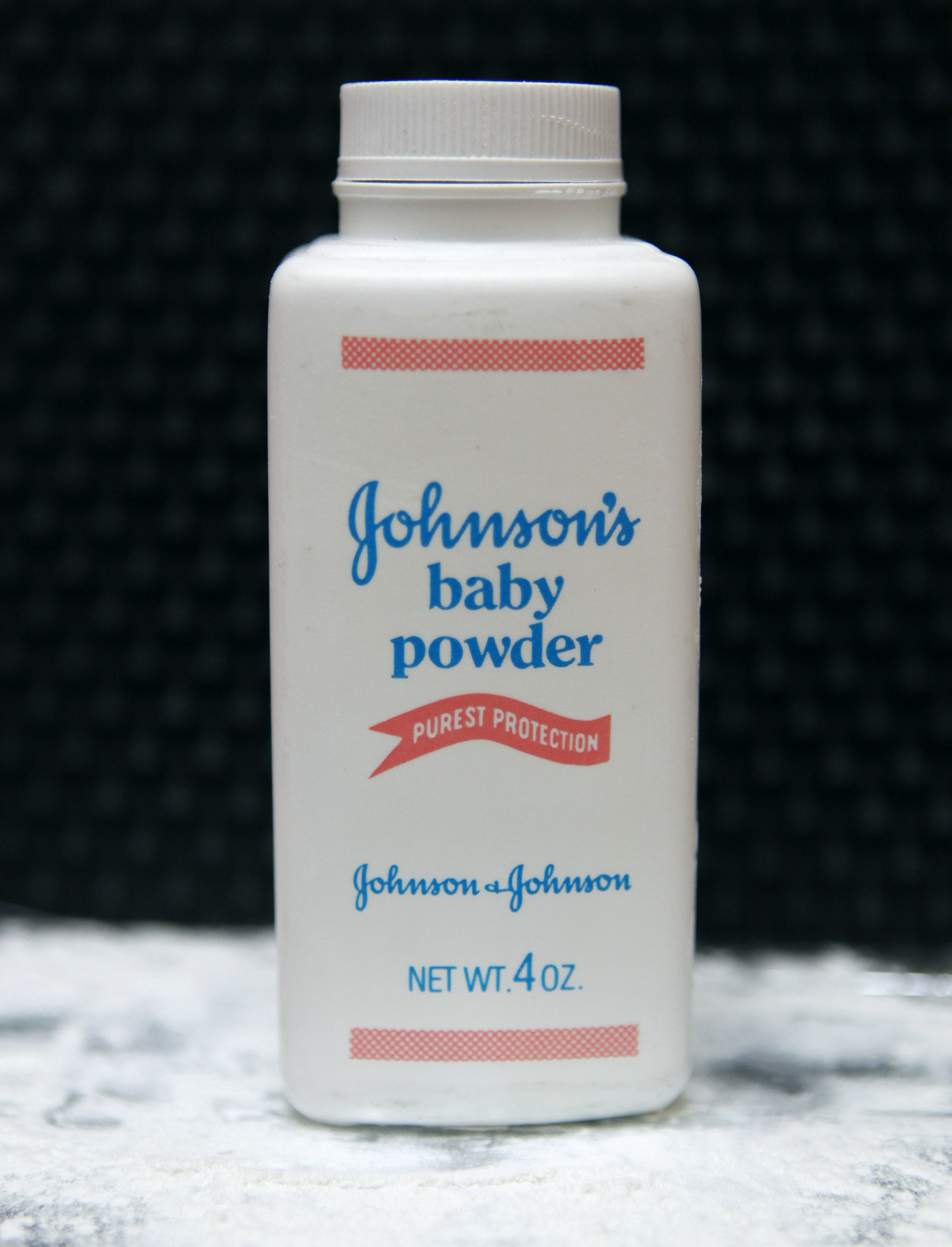 Johnson & Johnson says it will discontinue selling talcum-based baby powder in the United States and Canada.

Johnson & Johnson will stop selling talcum-based baby powder in the United States and Canada after being ordered to pay out billions of dollars related to lost legal battles over claims the product causes cancer.

The company made the announcement Tuesday. It denied allegations that the powder is responsible for health problems.

"Demand for talc-based Johnson's Baby Powder in North America has been declining due in large part to changes in consumer habits and fueled by misinformation around the safety of the product and a constant barrage of litigation advertising," Johnson & Johnson said in a statement.

Separate investigations by Reuters and The New York Times in December 2018 revealed documents showing Johnson & Johnson fretted for decades that small amounts of asbestos lurked in its baby powder.

"From at least 1971 to the early 2000s, the company's raw talc and finished powders sometimes tested positive for small amounts of asbestos, and that company executives, mine managers, scientists, doctors and lawyers fretted over the problem and how to address it while failing to disclose it to regulators or the public," Reuters reported.

Asbestos can occur naturally underground near talc. It becomes harmful when it breaks down and lodges in the lung tissue, possibly leading to diseases including lung cancer, asbestosis and mesothelioma.

Company leaders called the news reports "false and inflammatory." And on Tuesday, they reiterated denials of the veracity of such claims:

"Decades of scientific studies by medical experts around the world support the safety of our product. We will continue to vigorously defend the product, its safety, and the unfounded allegations against it and the Company in the courtroom. All verdicts against the Company that have been through the appeals process have been overturned."

In 2018, a St. Louis jury ordered Johnson & Johnson to pay $4.7 billion to 22 women and their families who say the powder contributed to their ovarian cancer. Last year, a woman in California who says Johnson & Johnson baby powder caused her to develop mesothelioma was awarded $29 million.

The company is appealing the decisions.

The company's big moneymakers are no longer its lines of household medicine cabinet brands. "Fully half of its revenue now comes from pharmaceuticals, used to treat everything from depression to blood clots," NPR's Scott Horsley reported.

That has opened up the company to a variety of other massive lawsuits over its role in the nation's opioid crisis.

Oklahoma, which was the first to take Johnson & Johnson to court in such a case, accused the company of creating a "public nuisance" by oversupplying prescription painkillers.

The state won the case and was eventually awarded $465 million. (The judge had initially ordered a $572 million payout in error.)

Stores around the country and in Canada will continue to sell whatever remaining inventory of baby powder remains on their shelves, the company said. Additionally, cornstarch-based Johnson's Baby Powder will remain available in North America.

Both types of the powder will continue to be sold in other countries around the world "where there is significantly higher consumer demand for the product."

Johnson & Johnson is one of a handful of companies working with the National Institutes of Health to develop potential treatment options for the coronavirus pandemic and a vaccine for COVID-19.