Accessibility links
Review: 'These Women,' By Ivy Pochoda Ivy Pochoda keeps up her focus on the overlooked and forgotten in her new novel. Here, it's a group of sex workers and club dancers whose lives are connected — and imperiled — by a serial killer.

New Thriller Challenges Readers To Take Another Look At 'These Women'

New Thriller Challenges Readers To Take Another Look At 'These Women' 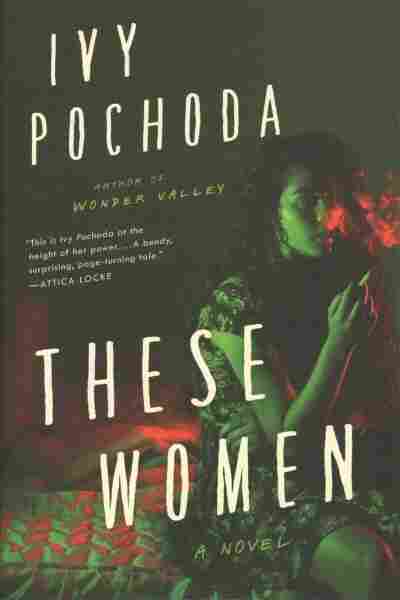 In These Women, her fourth novel, Ivy Pochoda asks readers to consider one of the themes that unites her books: Who are the people we overlook, ignore, don't see, dismiss in the world? Visitation Street, for example, centered on outcasts in a sliver of Brooklyn, gritty Red Hook, while Wonder Valley, set in California's Mojave Desert, on the lost souls who gravitate there.

The title characters of Pochoda's new book at first seem to be the prostitutes and club dancers of a bleak stretch of South Central Los Angeles, a place everyone thinks Feelia says everyone thinks is "ugly" and "messed up." What unites Feelia, Lecia, and Julianna is a serial murderer who preys on female sex workers, many of whom come from Latinx or multiracial families that hold plenty of shame about street and club occupations. Six victims, their throats cut, plastic bags tied over their heads, left for dead, and all assumed to be prostitutes. No one seems to care about their files or their fates.

Narration begins with Feelia, in 1999, and continues with Lecia's mother Dorian, in 2014, which is when we realize that "these women" refers not just to sex workers or murdered females, but to the many women in the book and even in South Central L.A. who are their community's lifeblood. Still mourning her daughter's death, a daughter she knew was not working as a prostitute, Dorian cooks at a local fish shack, dishing up fillets and fries while trying to keep tabs on Julianna, whom Lecia once babysat. A weekly order of 20 dinners delivered to a card game connects her to Julianna's next-door neighbors. For some reason, someone keeps leaving dead hummingbirds at Dorian's work and home. She dries them out in the oven and packs them carefully in cotton wool, but isn't sure what they mean or why they keep arriving, only that they must somehow be connected to Lecia's murder.

Slowly, Pochoda deals out clues about why those connections matter, yet never makes the bits of information seem obvious or clunky. Meanwhile, we learn about the rules of the games that make up their livelihoods: Clients must always buy their chosen "girl" a drink first, then proceed to the back room for any contact, where bodyguards technically watch over the "girls" so no one gets hurt. You don't accept drinks from strangers, until you do ("There are rules. There are things you do and don't do," Feelia says, but she knows she's already broken one of her own), and when things go south, sometimes you drag your friend and co-worker back to your apartment so she can sober up, heal, rest until it's time to go out and earn money the only way available to her.

Every livelihood has its rules, of course, and the character who shows that even moving up can have its disadvantages is police officer Esmeralda Perry. Perry is a demoted detective whose "white lady" married name belies her Hispanic background far better than her badly dyed blonde hair ("You need to do your roots, Detective," says a prostitute she interviews). Although her former colleagues on Homicide ignore Perry's hunches about the connections between the murders in 1999 and 2014, she persists, doggedly seeking out people in South Central who might know something or someone.

Not only has Pochoda written an immersive, intriguing murder mystery — she's also crafted a framework with which we can examine how all women are viewed in Western cultures.

Pochoda has chosen her setting deliberately, for its socioeconomics, but she's also chosen it for timing. In 2014, the beaches of Los Angeles experienced sometimes-fatal mudslides, one of which provides a dramatic denouément for two of "these women." Which two?

You'll have to read to find out, and it's so worth doing, because not only has Pochoda written an immersive, intriguing murder mystery — she's also crafted a framework with which we can examine how all women are viewed in Western cultures, sometimes as madonnas, more often as whores. Julianna, as we discover, was a budding art photographer before her death, inspired by her neighbors' daughter, a photography MFA. Through Julianna's lens, we see images of strippers and bartenders and other women working, their faces softened by fatigue or their bodies changed by lingerie, consequences of the roles they fulfill mostly for men.

Her photos are so affecting that when that neighbor's daughter finds them on Julianna's abandoned phone, she uses them to construct a bold exhibit and unwittingly sets in motion the arrest of the murderer. However, almost more chilling than the killer's actions and motivations is the strange family situation in which he operates, one that is so opposite to the lives of his victims that readers will wonder how they can coexist in the same locale, and one that also shows our society's views of women, taken to any extreme, make things bad for us all.