Accessibility links
Germany Struggles To Fill Its Farm Labor Shortage After Closing Its Borders The government flew in thousands of seasonal workers from Romania and Poland, but that may not be enough. Some farmers are looking to hire Germans for the harvest.

Listen · 3:50 3:50
Germany Struggles To Fill Its Farm Labor Shortage After Closing Its Borders 3:50 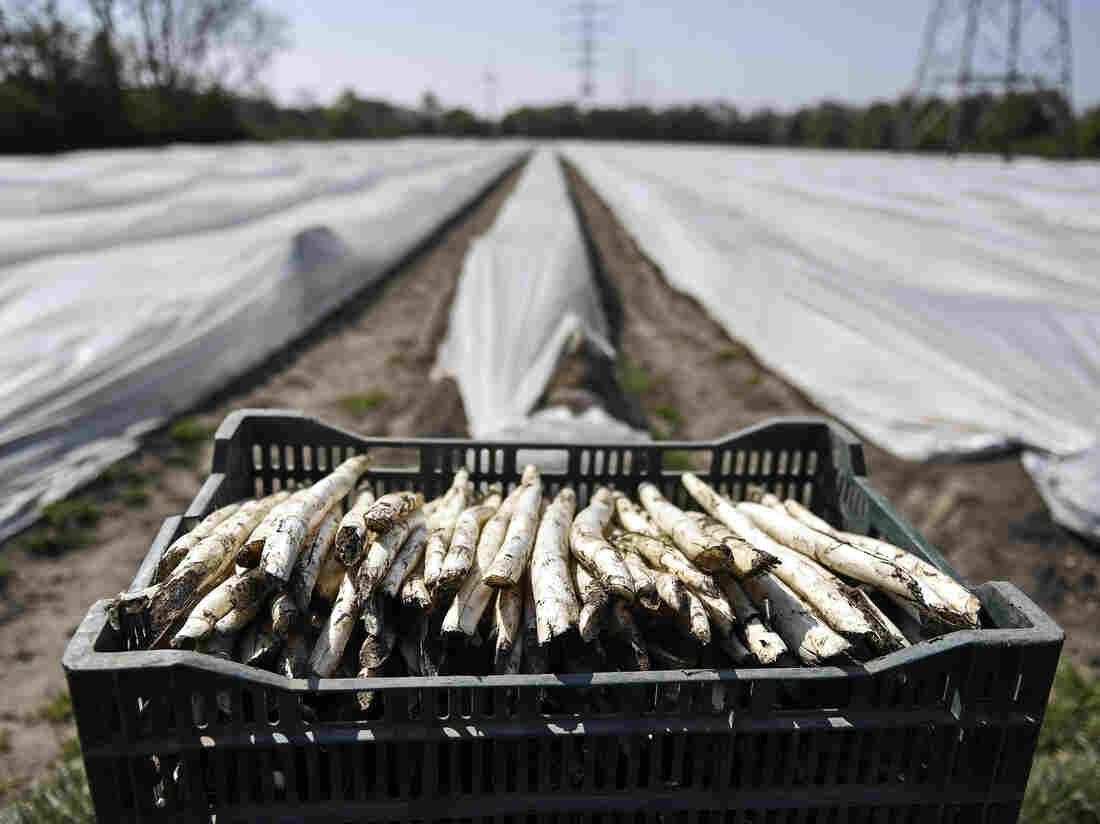 Fresh asparagus has been gathered in Bottrop, Germany, in mid-April. Farms across Europe are facing a labor shortage as a result of closed borders because of the coronavirus pandemic. Martin Meissner/AP hide caption 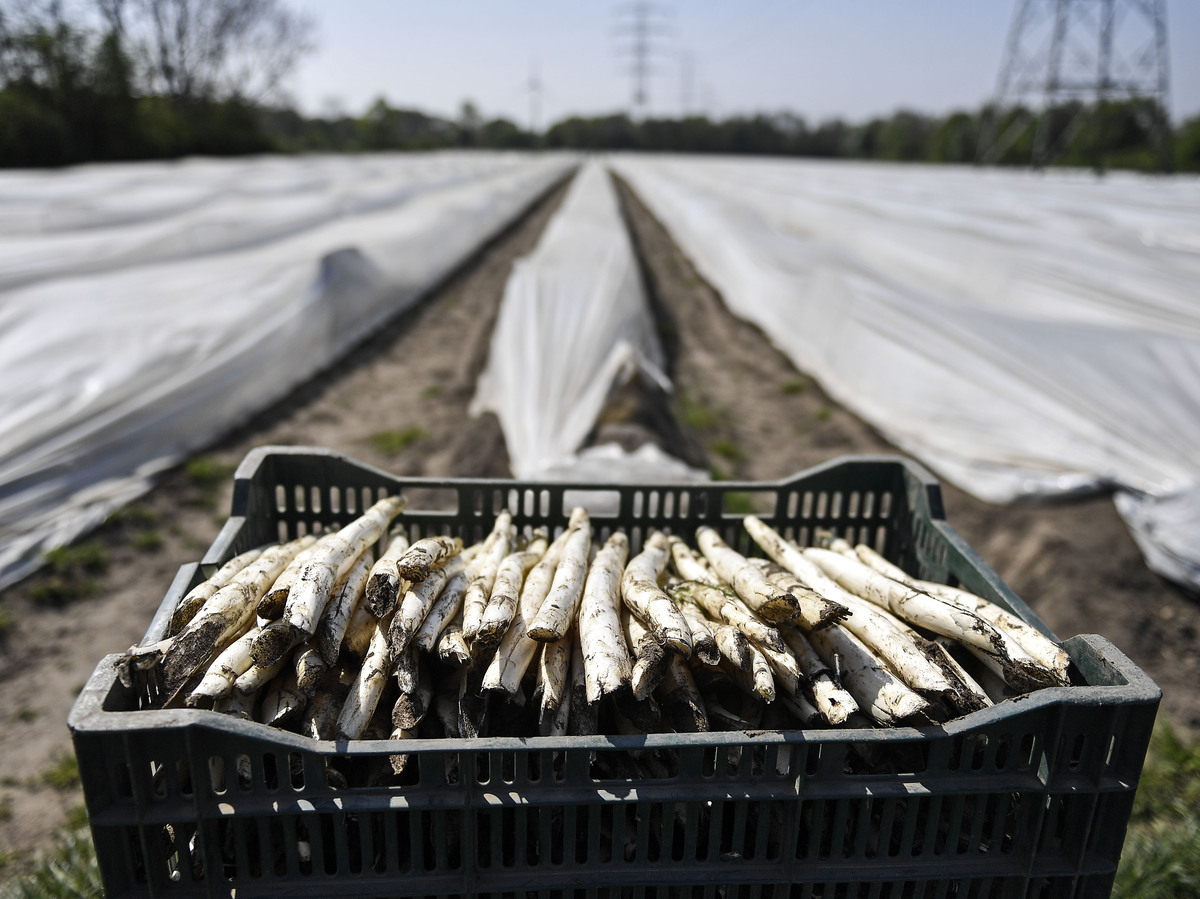 Fresh asparagus has been gathered in Bottrop, Germany, in mid-April. Farms across Europe are facing a labor shortage as a result of closed borders because of the coronavirus pandemic.

Arne Garlipp has farmed his 150 acres of asparagus in the eastern German state of Saxony-Anhalt for 24 years. For much of that time, he has relied on seasonal workers to help harvest it each spring.

"Our Romanian workers live with us on the farm," says Garlipp. "In the fields, they're surrounded by fresh air, birds and very few people."

But when Germany closed its borders to slow the coronavirus outbreak, Garlipp and hundreds of thousands of other German farmers were suddenly in panic mode. Each year, 300,000 seasonal workers — mostly from Romania and Poland — come to Germany to harvest asparagus, lettuce, apples and other crops that Germans rely on.

Germany's federal government has given special permission and offered air travel for 80,000 seasonal workers from Romania and Poland to enter Germany to harvest crops, but farmers say it won't be enough.

"There will be an impact in the market, and we will see this later in the year, in the summer," says Udo Hemmerling, the deputy general secretary of the German Farmers' Association.

It is a problem playing out in farms across Europe, as coronavirus restrictions disrupt work and supply chains, and risk leaving unpicked produce to rot.

The situation is so dire that European Commission President Ursula von der Leyen has urged member states to allow workers to come to their countries, treating fruit and vegetable pickers as essential.

In Germany, developers have created a mobile app called Clever Ackern — German for "clever plowing" — to help fill the worker shortage on farms while also addressing unemployment in cities.

"It's a platform where people, students, young people and people who just lost their jobs register and tell us their availability on the upcoming weeks and months to help farmers on their fields," app developer Fabian Höhne says.

Before the coronavirus pandemic hit, Höhne ran a travel booking app that offered last-minute discounted airline tickets to students. With hardly anyone flying now, he and his staff shifted gears and came up with the program connecting farmers and potential workers. The service is free of charge. Within days of launching in March, 40,000 people registered to become farmworkers, the developer says.

"I think the great weather, of course, is bringing people outside, and they're saying, 'OK, yeah, let's do something. Let's help,' " says Höhne.

But farmer Garlipp is skeptical about the idea of city folks working in the fields, and he isn't convinced it is a good idea health-wise, either.

"If I take on [Germans] to help with the harvest — assuming they're fit enough for the job — the problem I face is that they'll come from all over the region," Garlipp says. "I have no idea where these people have been or who they're mixing with at the end of the day, and the risk of [coronavirus] infection is much higher."

Garlipp says he has received more than a hundred offers from Germans willing to help him on the farm, but it turns out he won't need their help. Thanks to the German government, his regular team of 80 Romanians are among those who will be allowed to bring in the harvest this year.