Accessibility links
DOJ Ordered To Pay Sanctions For Not Disclosing Census Documents Trump officials failed to turn over hundreds of files before going to trial over the now-blocked citizenship census question. "This was not DOJ's finest hour," a judge said. 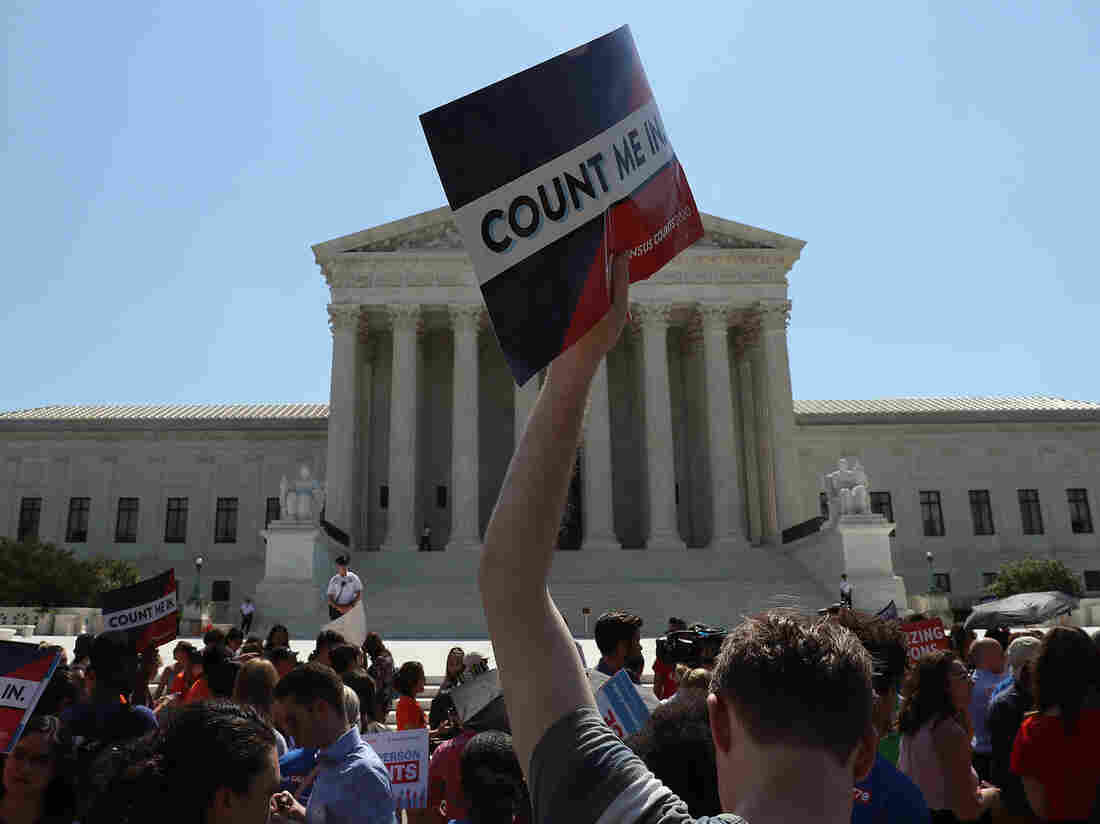 Demonstrators against the now-blocked census citizenship question gather in front of the U.S. Supreme Court in June 2019 in Washington, D.C. A federal judge in New York ruled Thursday to penalize the Trump administration for failing to disclose documents before going to trial over the question. Mark Wilson/Getty Images hide caption 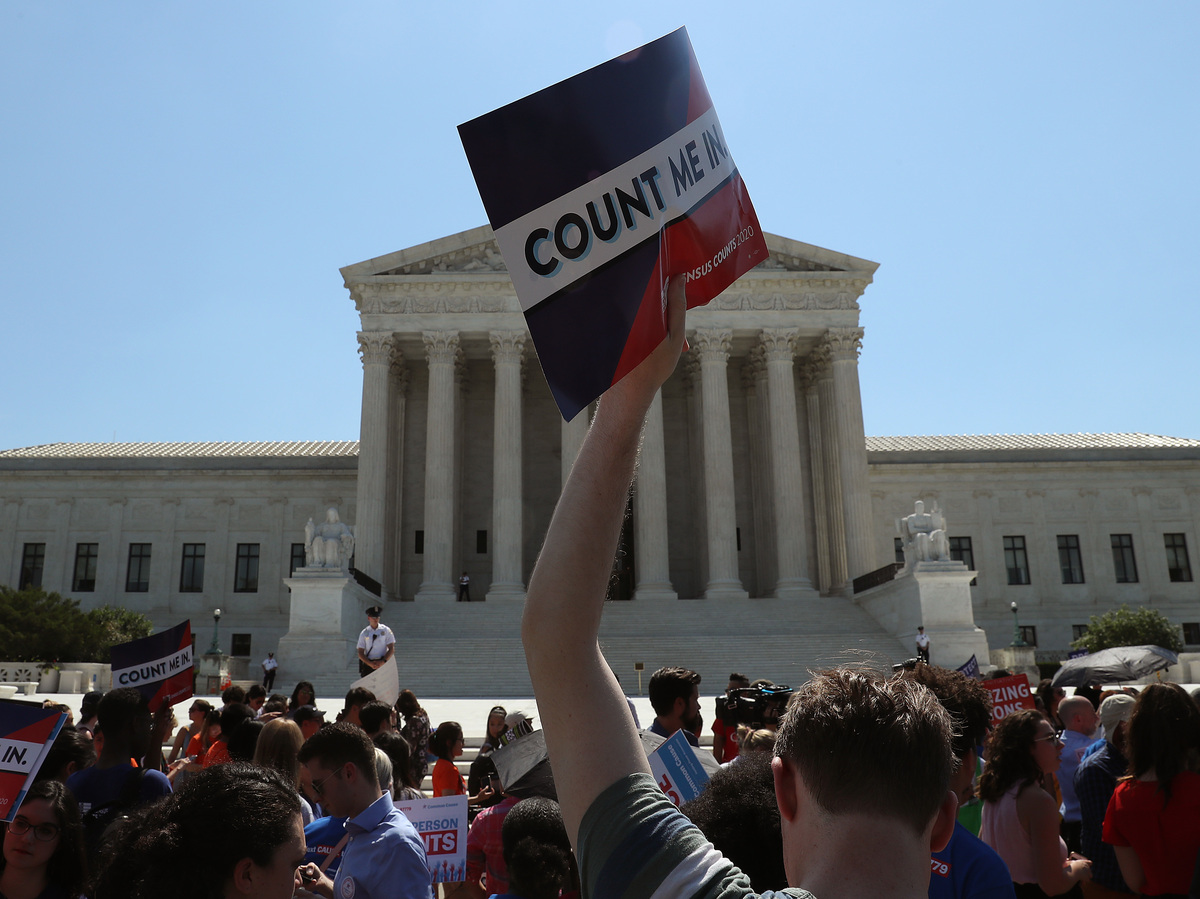 Demonstrators against the now-blocked census citizenship question gather in front of the U.S. Supreme Court in June 2019 in Washington, D.C. A federal judge in New York ruled Thursday to penalize the Trump administration for failing to disclose documents before going to trial over the question.

The Trump administration failed to turn over hundreds of emails and other internal documents before going to trial over the now-blocked census citizenship question — and a federal judge says it has to pay for it.

U.S. District Judge Jesse Furman of New York — the first judge to block the administration's plans to include the question last year because of its "sham justification" — is now ordering the administration to cover the attorney's fees and other costs related to a legal dispute over the previously undisclosed documents.

In court filings, Justice Department attorneys have said that late last year they discovered the administration did not produce at least 900 documents — or more than 10% of the documents they should have — because of a "technical error" when searching for files.

"In other words," Furman wrote in an opinion released Thursday, "Defendants' failure to produce the documents was caused by a lapse that would make a first-year litigation associate wince."

This dangling thread in the legal saga over the hotly-contested census question stems from allegations of a Trump administration cover-up of the true origins of its failed push to add the inquiry to forms for the national head count.

In a written statement, ACLU attorney Dale Ho — who helped represent the advocacy groups that brought forth those allegations — said the groups "couldn't agree more" with Furman's ruling.

"The court appropriately imposed monetary penalties on the administration, which will finally bring this litigation to an end," Ho said.

The Justice Department declined to comment on Furman's ruling, DOJ spokesperson Brianna Herlihy said in an email to NPR.

Furman, however, did refuse to grant the advocacy groups' requests for more releases of internal documents and questioning under oath of Trump administration officials.

Trump Blocked Congress From Seeing These Emails About The Census Unredacted

Despite finding their allegations "troubling," the judge noted that the challengers of the question have already won at both the federal district court in Manhattan and the U.S. Supreme Court. A majority of the high court ruled last year to uphold Furman's decision to block the citizenship question that Commerce Secretary Wilbur Ross, who oversees the Census Bureau, approved adding.

"There are actual oversight bodies better suited to the task of investigating and evaluating the process that led to Secretary Ross's decision — most notably, Congress," Furman wrote.

The House Oversight and Reform Committee has filed a lawsuit against Ross and U.S. Attorney General William Barr for not complying with congressional subpoenas to turn over to lawmakers unredacted versions of emails, memos and other documents related to Ross' decision.

As an alternative to a citizenship question, the administration is continuing to move forward with plans for the Census Bureau to produce estimates of U.S. citizen adults based on government records. Latinx community groups in Texas and Arizona have filed a federal lawsuit to block those efforts, alleging that they're part of a conspiracy to stop Latinos, noncitizens and other immigrants from getting fair political representation.