Accessibility links
Rachel Portman, Academy Award-Winning Composer, Releases 'Ask The River' The first woman composer to win an Oscar for best original score is releasing her first album of music not written for a film or stage production. 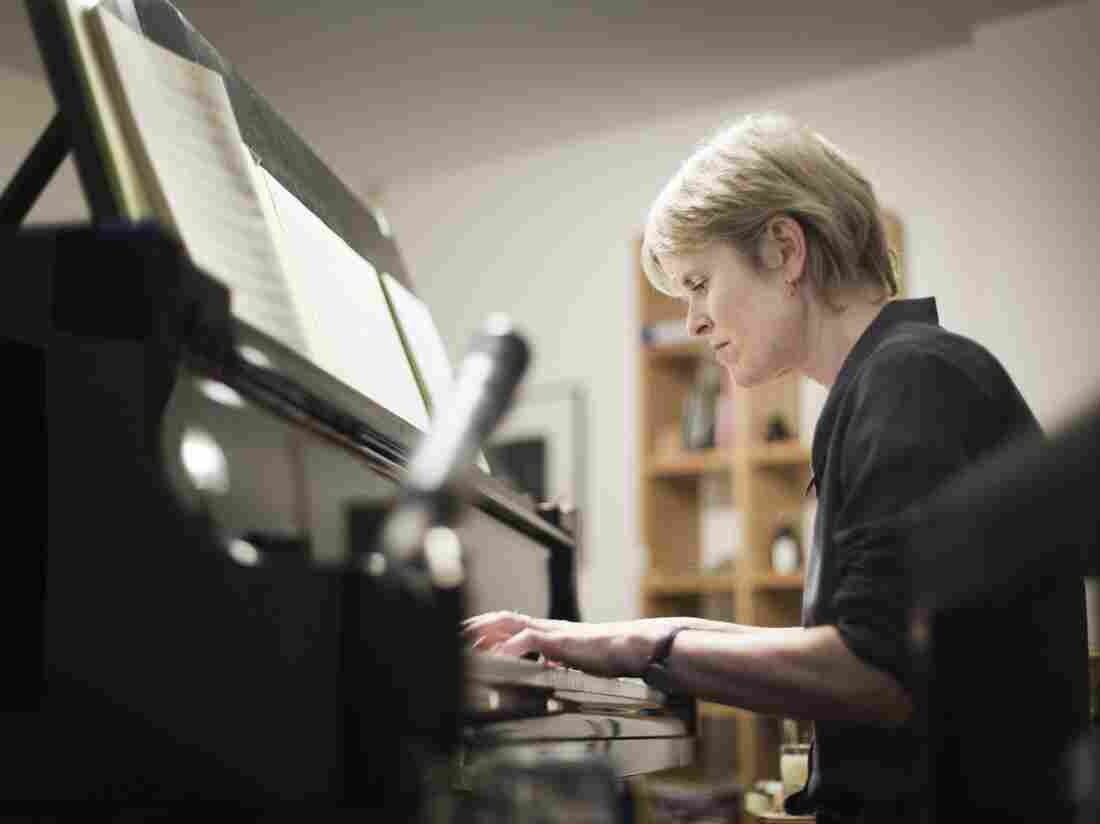 Rachel Portman was the first woman to win an Academy Award for best original score. Her latest album ask the river is her first not written for a film or stage production. Benjamin Ealovega/Courtesy of the artist hide caption 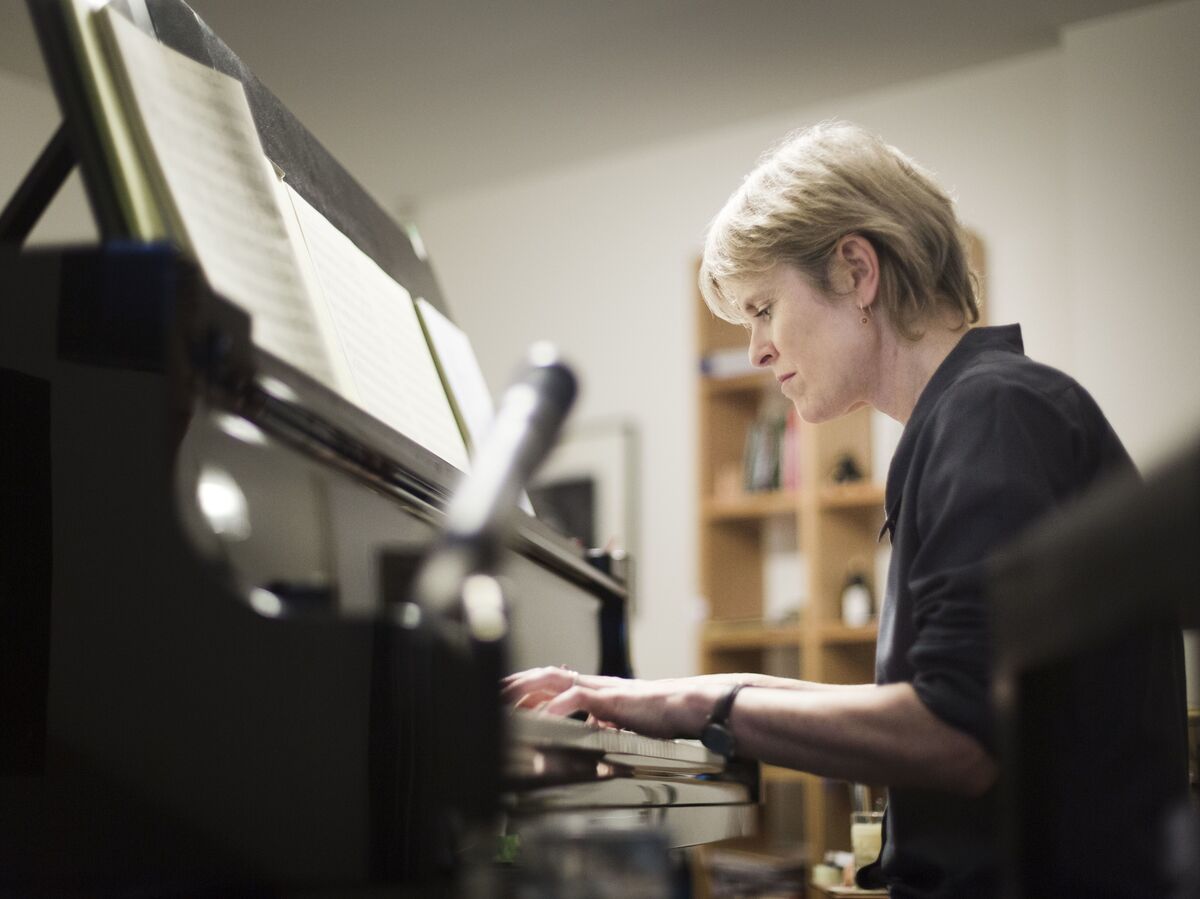 Rachel Portman was the first woman to win an Academy Award for best original score. Her latest album ask the river is her first not written for a film or stage production.

Benjamin Ealovega/Courtesy of the artist

Rachel Portman has been scoring films since the 1980s, and in 1997 became the first woman ever to win an Oscar for best original score for her work on Douglas McGrath's Emma. Since then, Portman has scored dozens more films and TV shows, but is now stepping away from the screen with ask the river, her first album of music not written for a movie, TV show or stage production.

"There were hardly any female film composers," Portman says of winning an Oscar at that time.

"And even though I never paid any attention to people who said, 'Gosh, but you're a woman,' " she says, "I think, having won that Oscar, it really helped me in terms of getting over people who might have been a bit more reticent about hiring me."

Emma's director Douglas McGrath had heard her work in a British miniseries, and he was impressed.

"She writes character music," McGrath says. "She's not just writing theme music that you can kind of pour all over a movie."

After Emma, Rachel Portman earned two more Oscar nominations, for The Cider House Rules (1999) and Chocolat (2000), and became in demand for period dramas and literary adaptations. She says that sometimes the reputation she developed from those dramas has made it difficult for her to convince directors to allow her to branch out.

"And of course, I love it when I haven't been pigeonholed. But on big films, there's always a lot riding on it. Naturally, they want to make sure that they've got someone whose voice resonates, they think, with the film," she says, which "can sometimes be frustrating."

"If I'm working on a film that, say, needs a very 'masculine' sounding music, I have to work harder to convince directors that I'm perfectly capable of having my own response to the same thing."

McGrath himself discovered just how versatile Rachel Portman is when they reunited for the 2006 film Infamous, about Truman Capote and the murders that sparked his book, In Cold Blood.

"You wouldn't think, necessarily, that she would have music in her to underscore, for instance, a murder scene," he remembers. "I never imagined she would go as deep and as dark as she did. I knew she would come up with something very feeling and intelligent. But I was just kind of thunderstruck. She just presents as such a gracious, lovely person — but there's stuff going on in there."

Rachel Portman grew up in the southern part of England and started playing piano as a young girl. She scored her first film in college at Oxford, and the cassette found its way to producer David Puttnam, who gave Portman her first professional scoring job on the movie Experience Prefered ... But Not Essential when she was 22.

"I'm always fascinated by the alchemy of putting music against the moving image," Portman says. "There's a big part of me that enjoys dramatizing, and is interested in defining emotions, and then being able to express them — but very specific ones. I feel like I'm like a storyteller, but in music."

Portman has written music away from the screen before, including an opera, a musical and an oratorio for children's choir in response to climate change. And that concern led her to ask the river: a collection of intimate pieces for violin, cello, and piano.

"The first piece I wrote, I think, was 'leaves and trees,' which was really a challenge to myself, to write the connection I felt standing underneath a big tree full of leaves in the breeze and wanting to communicate that," she says. "And before I knew it, I wanted to write more."

Unlike her work for film, these pieces don't have a narrative.

"It's a bit like having a sounding board to bounce ideas off, having a text or having a film," Portman says. "And I didn't have that. I just had to fall back on myself."

That means this is some of the most personal music Portman has written. She even played the piano herself, which she's never done on a recording. The album has a slightly melancholy hue, although Portman herself disputes that description.

"I tend to gravitate towards minor keys, just because that's... where I find my voice in music," she says. "I wonder if it's reflective. But I hope, in no way, that that makes the listener feel melancholic."

When he weighs in on the subject, Douglas McGrath, her frequent collaborator, quotes a line about Truman Capote from the movie Infamous.

" 'When you look at a candle, at its bright flame, at the center there's always that little touch of blue,' " he says. "And I think that's true in Rachel's music."

Portman does acknowledge that she has a style, but she hopes it will be different for every project.