Accessibility links
Our Pandemic Habits Cut Carbon Emissions, But It's Not Clear They'll Last Energy demand plummeted because of the pandemic shutdown. A big question is whether new habits like telecommuting and flying less will endure, and mean lower oil consumption in the future. 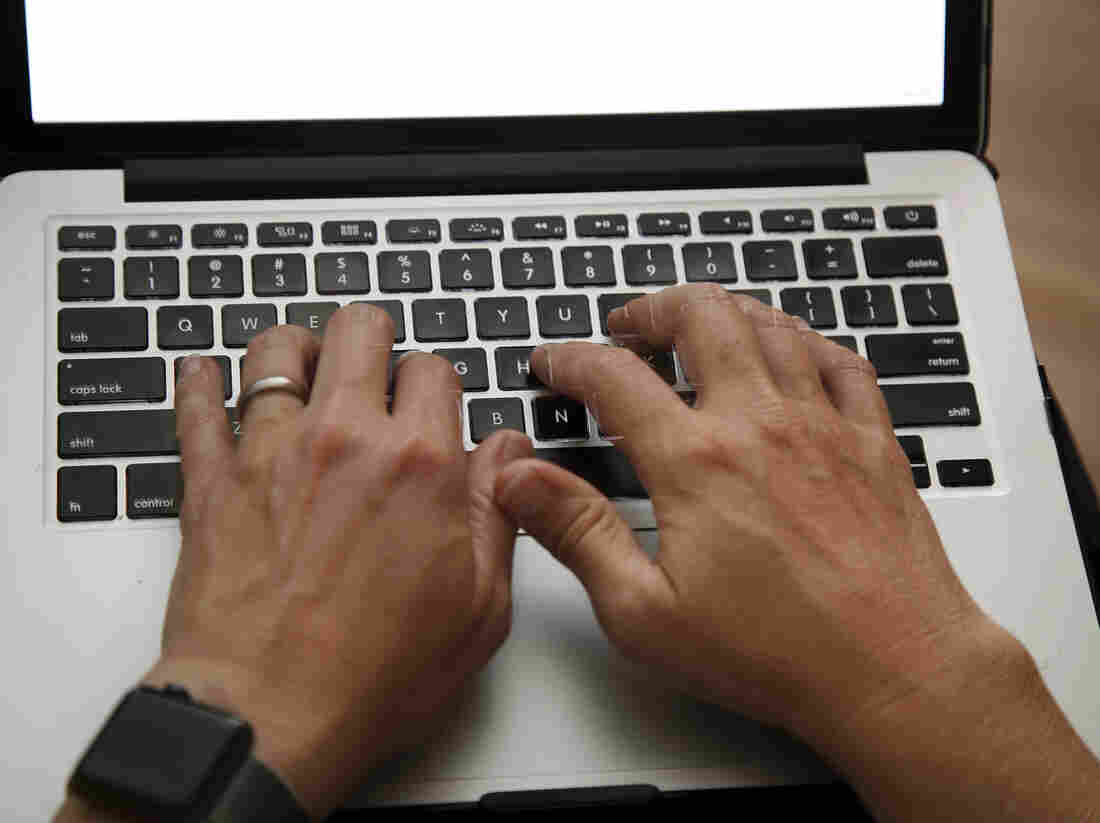 If workers and businesses stick with telecommuting for the long term it could affect energy use beyond the current pandemic. Elise Amendola/AP hide caption 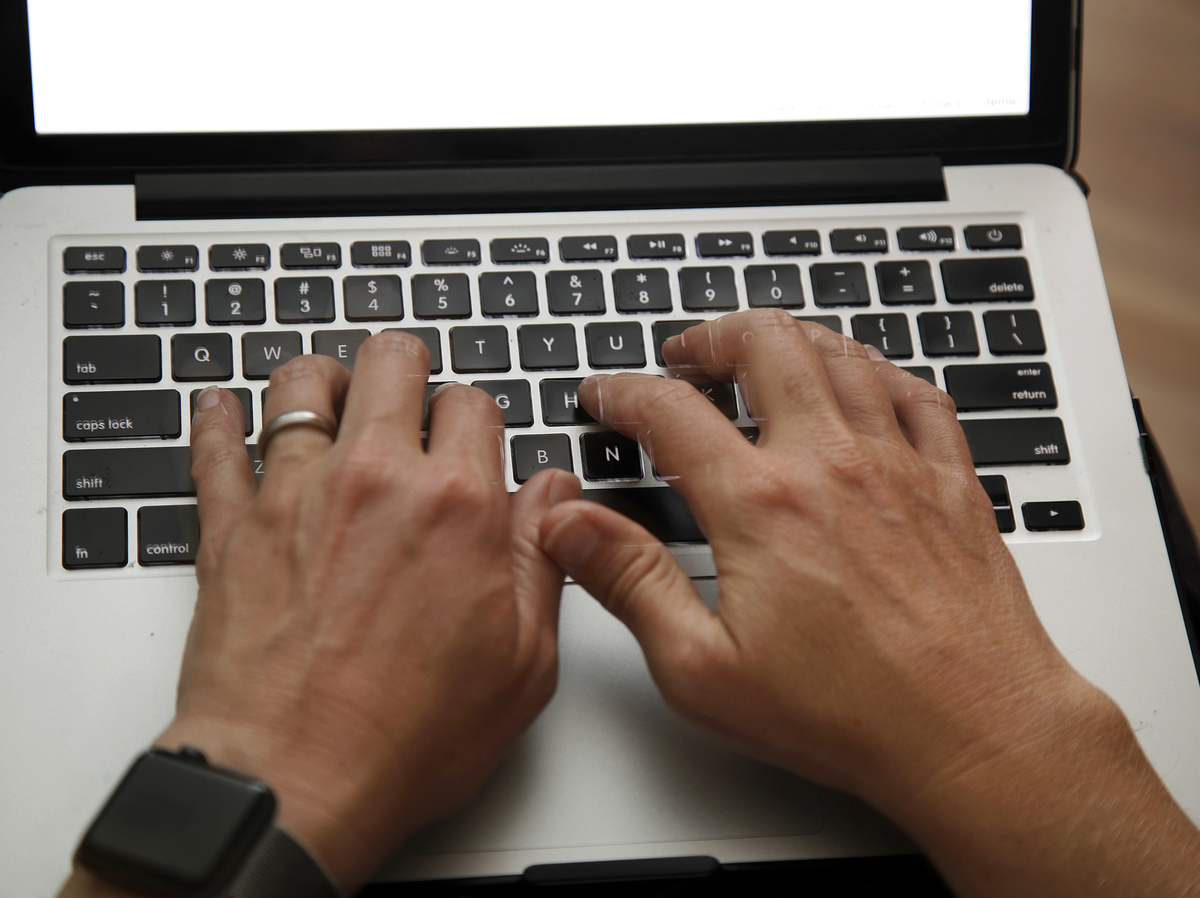 If workers and businesses stick with telecommuting for the long term it could affect energy use beyond the current pandemic.

With businesses closed and people at home the country is using a lot less energy and emitting fewer of the greenhouse gases that warm the climate.

The big question is whether any of these energy-saving habits we're developing now will stick as daily life starts to return to normal.

U.S. energy-related carbon dioxide emissions are projected to decrease an extraordinary 11% this year, according to the Energy Information Administration's May Short-Term Energy Outlook.

But that may not last long. The agency projects emissions will rise again by 5% next year as stay-at-home orders are lifted and the economy begins to recover.

There's a lot of uncertainty in those projections because there are a lot of unknowns that will depend on hundreds of millions of decisions by individuals like Lee Carpenter.

"We've been a one-car household as long as my wife and I have been together, and we've been together for 20 years," Carpenter says. But that's about to change because of COVID-19.

Carpenter lives in Philadelphia and tries to make environmentally-friendly decisions. She and her wife chose a house close to a rail line so Carpenter could take public transportation to Temple University, where she's a law professor.

"I'm not sure that I'll feel comfortable or safe taking mass transit for the foreseeable future, unfortunately," she says.

And the rail line is shut down now because of the pandemic, so she's decided to buy a second car. Carpenter figures her carbon footprint is still less than before since the family canceled several cross-country airplane trips.

Asked how her energy consumption might change as life returns to normal, her guess is as good as anyone's.

"Right now I think I'm doing the same thing that everyone is doing, which is really finding myself with an inability to project out what I'll be doing more than about three weeks into the future," says Carpenter.

A big part of our energy use is habits — how we commute, when we turn on the heat or air conditioning, and how often we go to the store. We're all changing those habits now. Transportation experts are watching for clues to determine what will be the broader effects of all this change.

Late summer and early fall could be an important period to learn what new habits people might adopt.

"The first metric is when schools open, when children leave the homes or the parents have the option of sending the kids to school," says Anurag Komanduri with the transportation consulting firm Cambridge Systematics.

Komanduri also is interested in whether mass transit agencies are able to convince riders that measures like wearing masks and cleaning buses will keep them safe. And there's the big question of when companies will start to recall employees who are working at home now.

"We waste billions of gallons of fuel every year, for example, in traffic commuting, everybody at the same time," says Amy Myers Jaffe, an energy expert at the Council on Foreign Relations.

She says now that some employees have learned they can successfully do some work from home, they may choose to stop sitting in traffic at rush hour – maybe take that first morning meeting over video conference.

"We could come in at a staggered way and not waste fuel," Jaffe says.

Twitter, for one, says some employees are welcome to give up commuting for good and work from home. Some Google and Facebook employees will work from home through the end of the year.

Jaffe also says more people are shopping online and using delivery services now. If that sticks it could lead to lower energy consumption because companies like UPS use navigation and computers to determine efficient routes.

"In 2017 when UPS put in that system they saved 100 million miles of vehicle travel," Jaffe says.

The company says that saved about 10 million gallons of fuel, and the emissions they produce.

To be sure, the pandemic's impact on greenhouse gas emissions will not be nearly enough to address the warming climate. The U.N. has said emissions need to be cut 7.6% every year for the next decade to limit warming to 1.5 degrees Celsius, the goal of the Paris climate agreement.

Still, this unprecedented period of experimentation could lead to lasting changes that help that effort. We'll find out in coming months.