Accessibility links
China Poised To Expand Control Over Hong Kong The renewed push from China to pass a national security law will almost certainly set off more protests against Beijing's rule in Hong Kong, which is semi-autonomous. 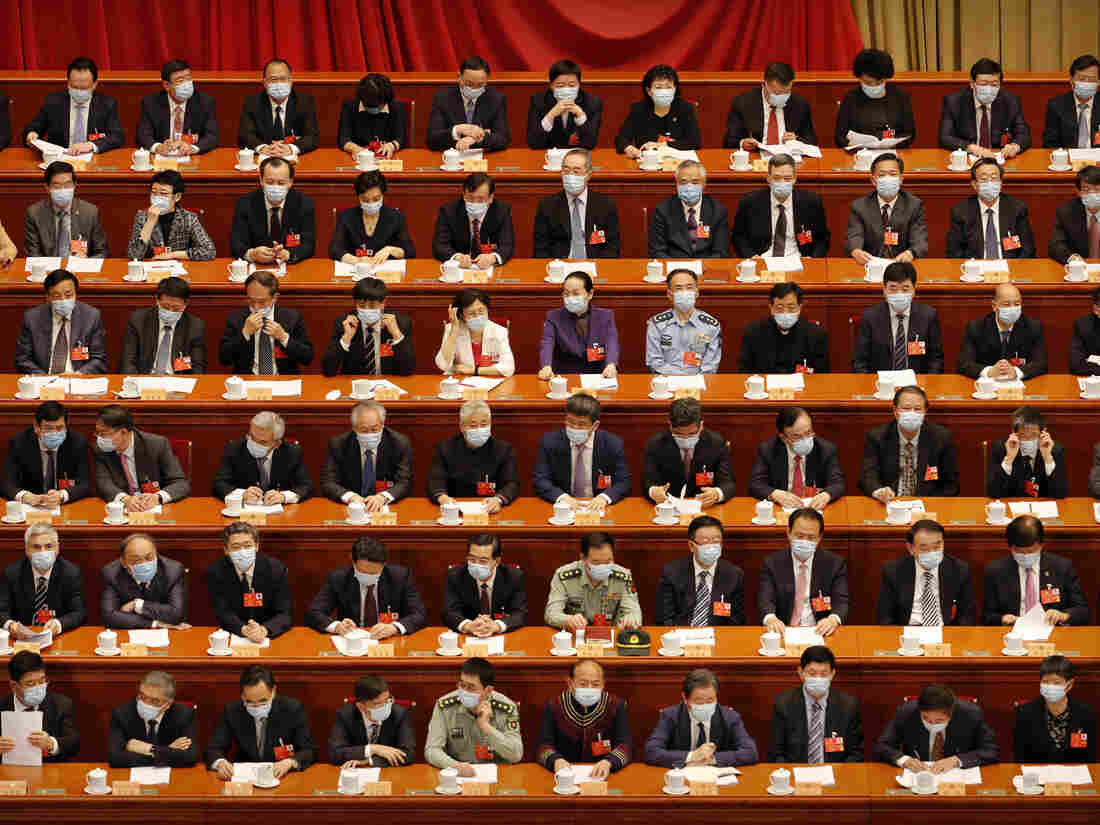 Delegates, shown here at the opening session of the Chinese People's Political Consultative Conference on Thursday in Beijing, are expected to discuss legislation regarding Hong Kong this week. Andy Wong/AP hide caption 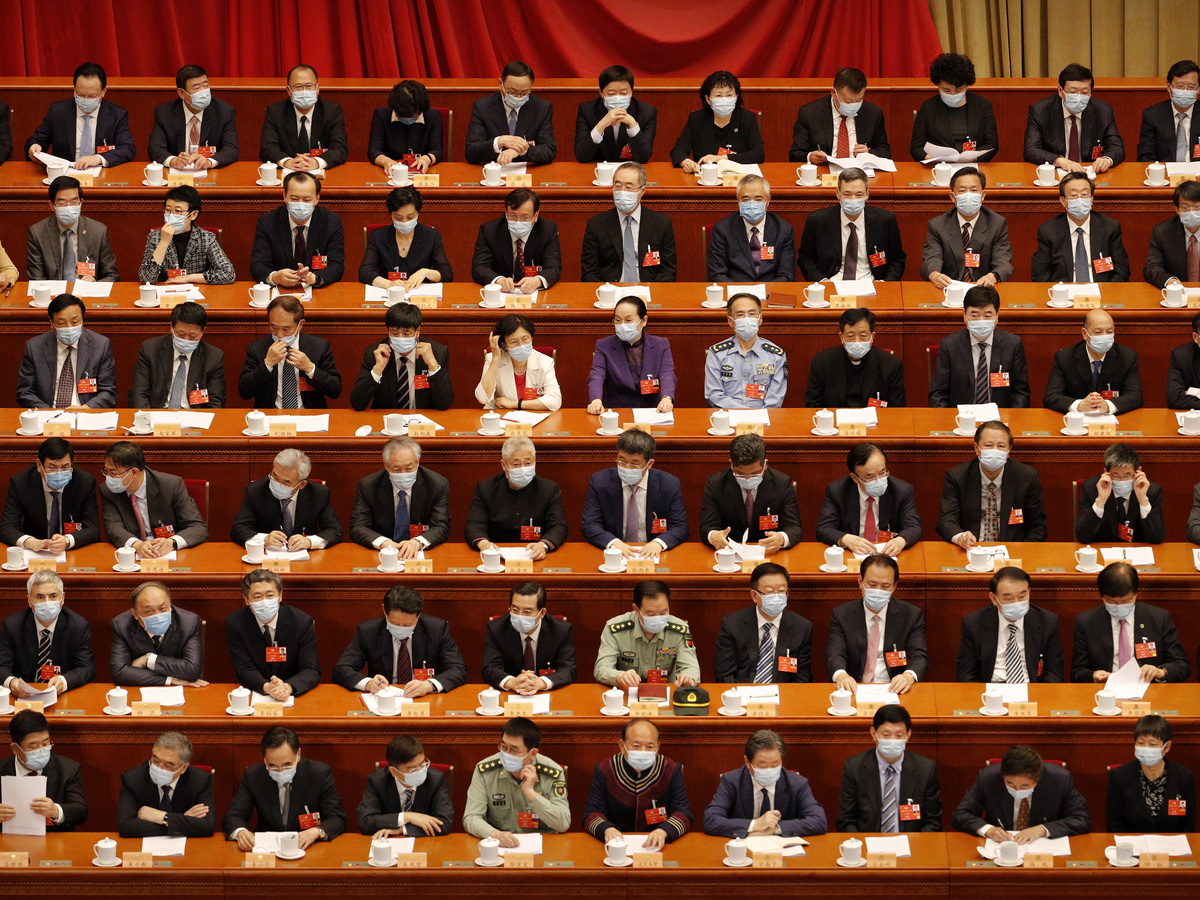 Delegates, shown here at the opening session of the Chinese People's Political Consultative Conference on Thursday in Beijing, are expected to discuss legislation regarding Hong Kong this week.

Beijing has signaled it will push through sweeping national security legislation for Hong Kong, its most aggressive effort yet to exert its control over the semi-autonomous city since it was returned to Chinese control in 1997.

"Hong Kong is an inseparable part of the People's Republic of China," Zhang Yesui, a spokesperson for China's National People's Congress, told journalists Thursday night in Beijing. "In light of recent circumstances, the NPC is exercising power enshrined in China's Constitution ... to uphold the institutional framework of one country, two systems."

The latter refers to the policy of allowing Hong Kong to retain much of its own administrative and economic policy functions and preserve certain civil liberties until 2047, as well as its independent judiciary, despite being officially part of China for 50 years.

The renewed push from Beijing to pass a national security law will almost certainly set off more protests against its rule in Hong Kong. Ongoing protests originally sparked by a now-suspended extradition bill with Beijing had faded in recent months as the coronavirus pandemic kept people indoors. Protests have recently resumed, however, in light of government arrests of pro-democracy figures.

These protests may also flare up on July 1, when an annual rally takes place on the anniversary of Britain's handover of Hong Kong to China. Last year's event drew tens of thousands. Another pro-democracy rally usually held on June 4, the anniversary of the Tiananmen Square protests, has been canceled as a result of the pandemic.

A similar national security law was shelved in 2003 after residents protested en masse. That law would have allowed police searches of media outlets and political offices without a warrant and criminalized seditious behavior.

This time, by proposing to draft the national security law through China's legislature, Beijing is signaling it will bypass Hong Kong's Legislative Council, where pro-democracy opposition could block the bill.

According to the agenda published Thursday, the National People's Congress will meet over the next week to discuss a draft of "Decision on Establishing and Improving the Legal System & Enforcement Mechanisms for Hong Kong to Safeguard National Security."

China's legislature would then authorize a smaller body of lawmakers to draft and pass the law, which could immediately take effect in Hong Kong without approval from its Legislative Council per an annex in the city's Basic Law, akin to its constitution.

No text has been released yet for the draft decision, but it is expected to resemble in structure the national security law that pro-Beijing lawmakers attempted to pass in Hong Kong in 2003 to define and criminalize seditious or secessionist behavior.