Accessibility links
Grocery Union Says 3,257 Members Infected With Coronavirus Union President Marc Perrone said the number of those members infected or known to have been exposed to the virus has increased by 200% in five weeks. 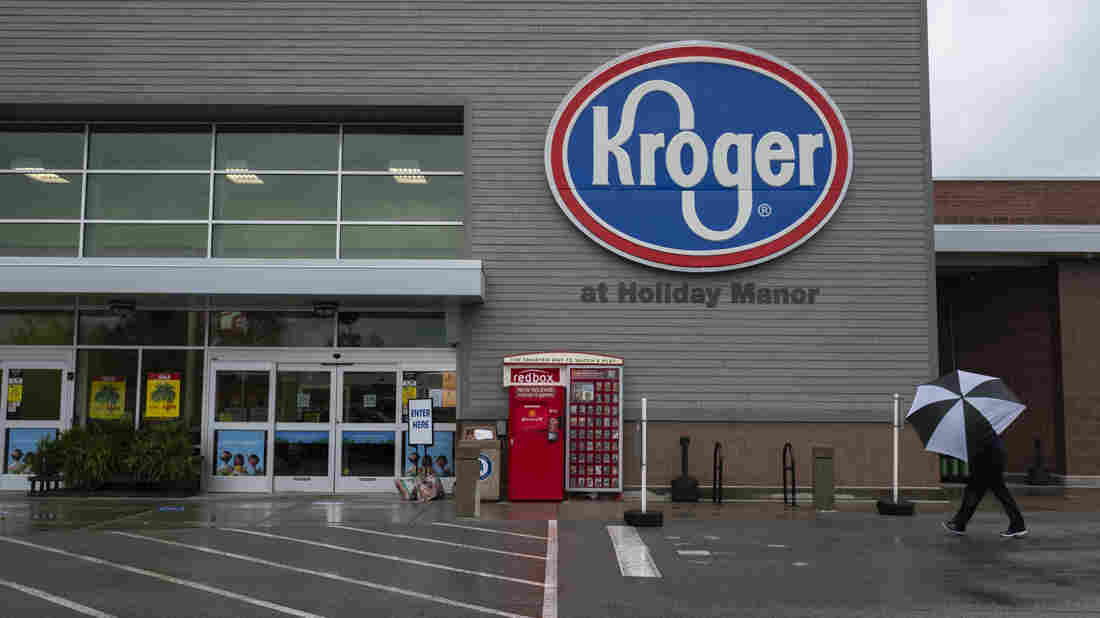 The increase in cases comes after companies such as Kroger ended extra "hero pay" for their workers. Bloomberg via Getty Images hide caption 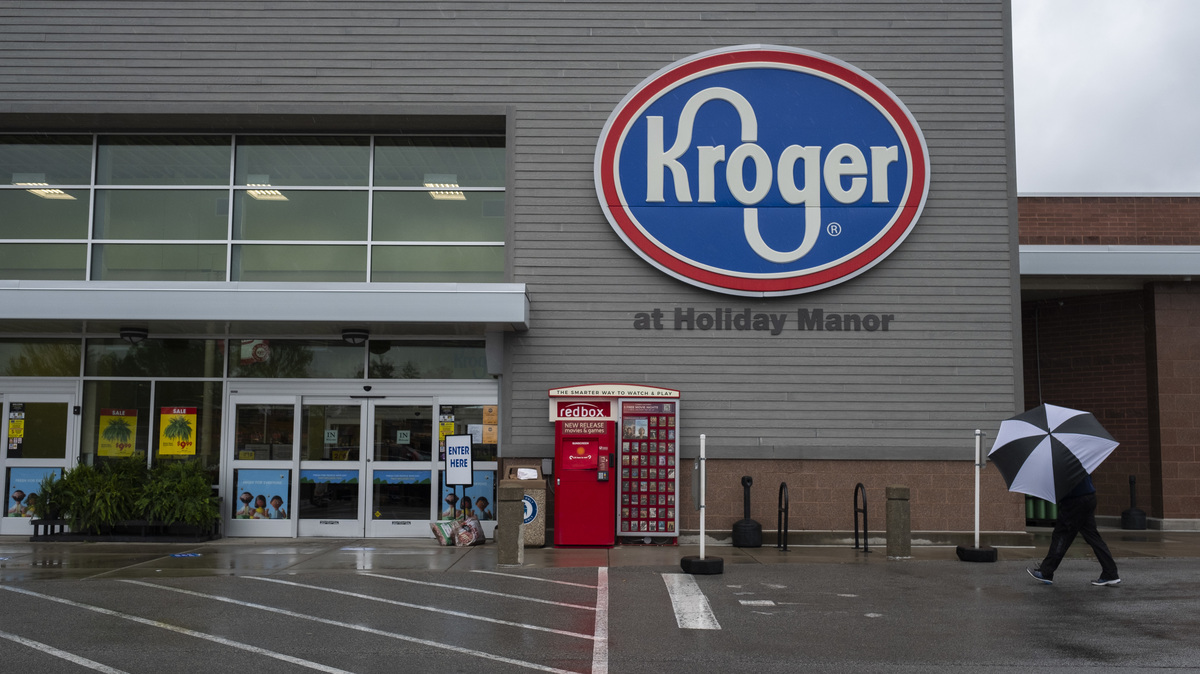 The increase in cases comes after companies such as Kroger ended extra "hero pay" for their workers.

New data released by the United Food and Commercial Workers Union shows that among the grocery store workers it represents, 10,000 have been infected by or are known to have been exposed to coronavirus and 68 have died from it. At least 3,257 have been infected with the virus, the union estimated on Friday.

UFCW represents workers in large grocery store chains like Kroger, Albertson's, and Supervalu. Union President Marc Perrone said in a news conference on Wednesday that the cases have increased by 200% in five weeks. This comes at a time when companies such as Kroger ended the extra 'hero pay' it had been giving its workers.

"The so-called 'hero,' and hazard pay should continue until this threat has actually passed," Perrone said. "If companies truly believe that this threat has passed, they should be willing to say that publicly on the record."

The UFCW had numerous employees from Kroger, which is the largest grocery store chain in America, attend the press conference.

Kroger recently announced a plan to give its employees "Thank You Pay" of $400 for qualified full-time workers and $200 for part-time employees. The special pay adds up $130 million company-wide.

Kris Holtham, who works as a meat manager for Kroger in Lansing, Mich., and has been employed by the company for 35 years, says that getting customers to wear masks has become difficult.

"Masks have become a political war," Holtham said. "The employees are downright scared and afraid to ask someone to put on a mask. ... I see hundreds of people a day without a mask. We are sitting ducks for the virus."

Holtham recounted a story where she asked a customer to put on a mask for the sake of the workers and the customer responded with, "I don't give a damn about your health."

Raquel Salorio has worked for the Southern California grocery chain Ralph's for 36 years and has a total of five people in her household working there. She decried the store's marketing of its employees being "heroes" as disingenuous.

Salorio recounted a particular day where the company asked its workers to dress up as superheroes.

"We're not heroes," Salorio said. "People are suffering, people are dying, and they want us to dress up as superheroes. Our jobs matter, but our health matters more."

NPR contacted representatives from Albertson's, Supervalu, and Kroger to comment on the figures presented by the UFCW. A spokesperson from Albertson's said that the company would not release employee coronavirus numbers but that the company "appreciate[s] the UFCW's work on behalf of its membership to help everyone stay safe during this difficult time."

Kroger and Supervalu have not responded.