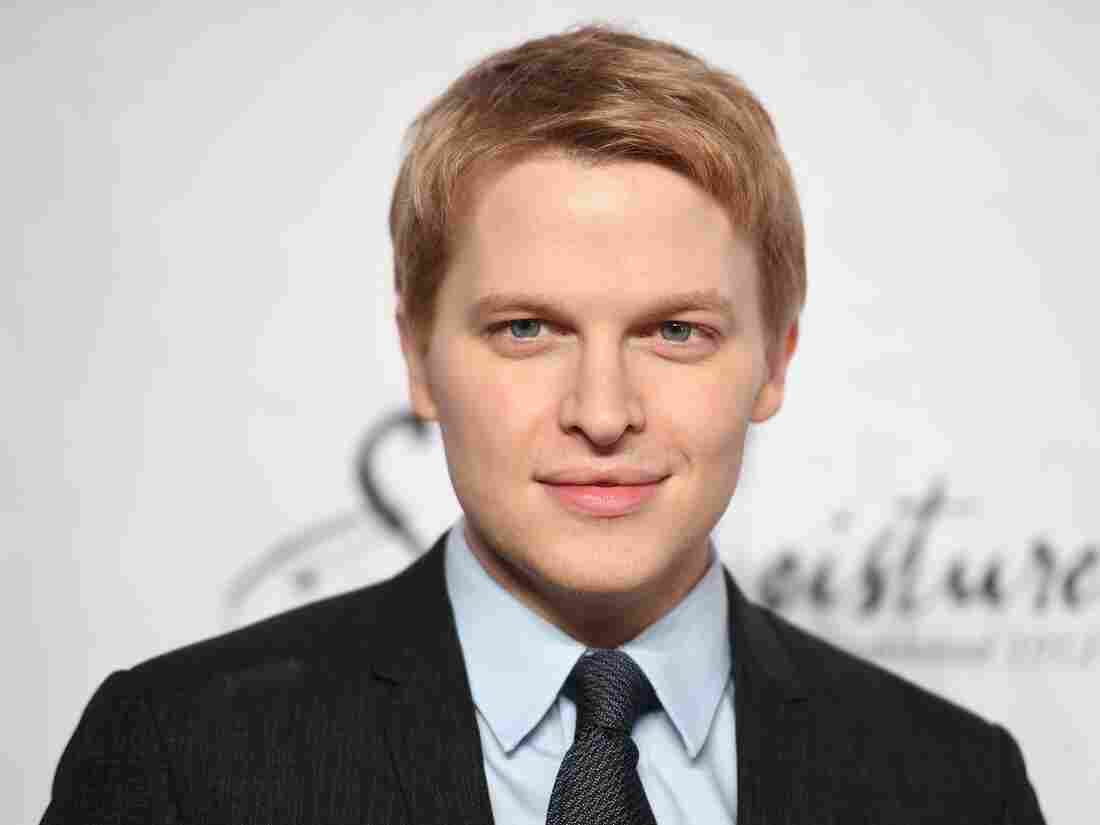 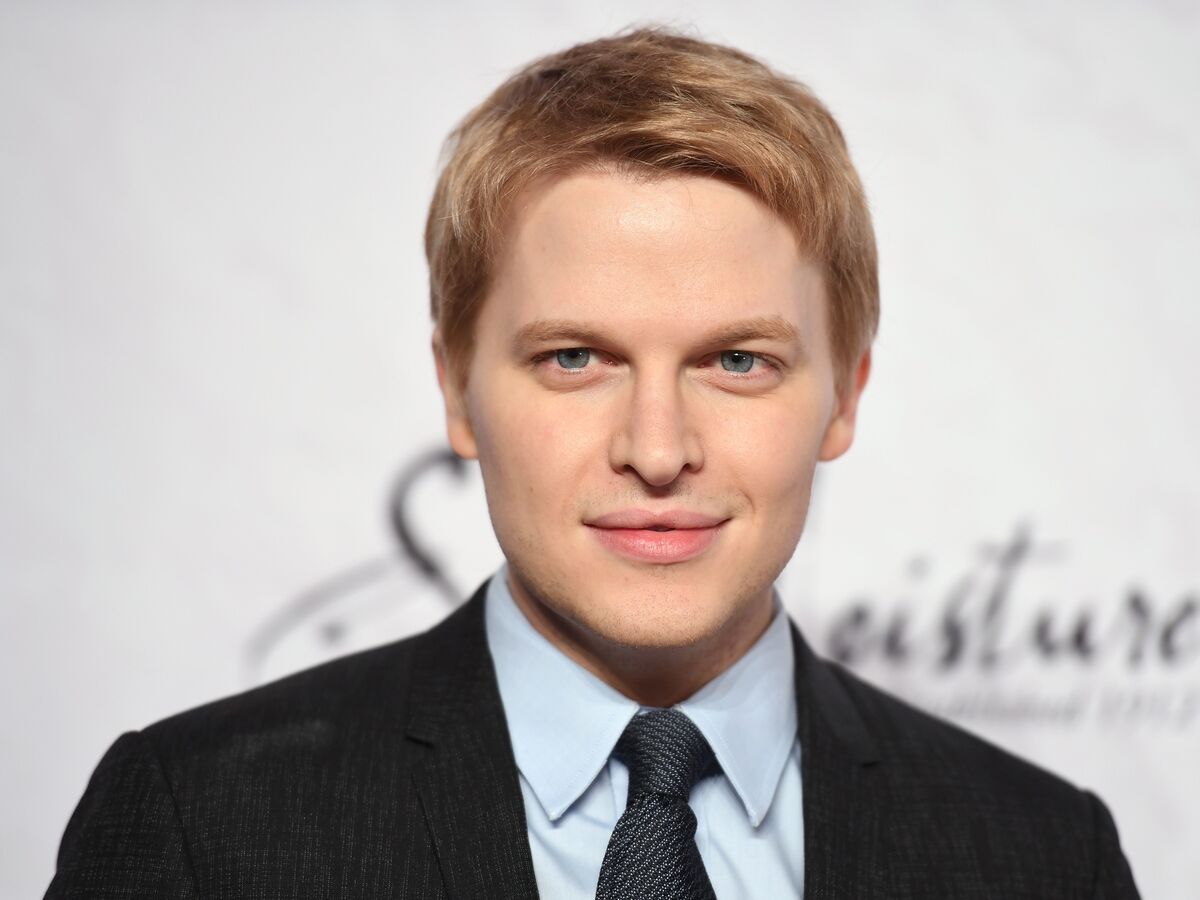 I wasn't going to write this column because, fundamentally, who wants to spend their lives simply picking up the food fights instigated by others and because, hey, my boss reliably informs me I'm supposed to be filing my own stories for NPR.

Yet the gravitational pull of the fracas between Ben Smith, ex-BuzzFeed News chief and new media macher for the The New York Times, versus Ronan Farrow, the golden boy investigative reporter for the New Yorker and exemplar of #SheSaid reporting, has proven near impossible to resist.

Especially because Farrow's remarks in an interview with me for NPR's On Point stand at the core of the dispute: whether he called out NBC's cowardice in confronting the Hollywood powerhouse Harvey Weinstein, or whether he slandered a network to further his own fame. Farrow famously accused NBC of slow-walking and then killing his exposé of allegations of predatory behavior by Weinstein toward women.

In his interview with me last October after the publication of his book Catch and Kill, Farrow said, "There is no draft of this story that NBC had that had fewer than two named women. [It] had a wide group of sources from Weinstein's companies, had an audiotape of Harvey Weinstein admitting to a sexual assault — and you can be the judge of whether that should've been on air. " (I gave his remarks further play in a story that also aired on NPR's Morning Edition.)

In his column, Smith wrote that he reviewed what was said to be a final draft of Farrow's proposed NBC story in August 2017, and wrote that it had no on-the-record, on-camera interviews. That would mean Farrow did not have the pillars of the piece constructed nearly as solidly as he publicly claimed. It was not the only reporting with which Smith took issue. But it was the most central to his record and journalistic reputation.

And Farrow backpedaled after Smith's column was published. "In the interview, I misspoke," Farrow tweeted. "What I should have said was that there were at least two women named or willing to be named, as the book lays out."

To recap: Smith argues that Farrow, as he put it, "delivers narratives that are irresistibly cinematic — with unmistakable heroes and villains — and often omits the complicating facts and inconvenient details that may make them less dramatic." Smith writes that Farrow's lapses involve a failure to rigorously corroborate his claims and to indulge conspiracies "that are tantalizing but he cannot prove." Smith bundled it into a critique of what he called "resistance journalism."

Stark words indeed for the reporter who shared the Pulitzer Prize for exposing multiple allegations of monstrous behavior toward women by Weinstein. (Note: He shared that with two rival reporters from The New York Times who broke the Weinstein story days earlier.) Farrow also (with Jane Mayer) documented allegations of violent behavior by then New York State Attorney General Eric Schneiderman and he revealed accusations of rape against his former colleague at NBC, the ex-Today Show host Matt Lauer. All the accused men denied the allegations, saying what interactions they had were romantic and consensual.

That last episode is relevant here. Farrow took down Weinstein, but as his reporting leaped from the pages of The New Yorker to his best-selling book, Catch and Kill, he turned his laser-like focus to his former bosses at NBC News. He had originally developed his reporting on Weinstein at NBC, along with the network's former senior investigative producer Rich McHugh. They were initially encouraged and then discouraged by news executives; ultimately the pair was told to stand down from the story. NBC News President Noah Oppenheim told Farrow in late summer 2017 he could take it to a magazine. He went to The New Yorker, and the rest is history.

NBC clearly made a terrible error in judgment in letting the story go.

Farrow presented the stand-down by NBC as suspiciously unjustified. He made the case that NBC was subjected to campaign of intimidation and lobbying by Weinstein, and that Lauer's reputation for pursuing women was a pressure point. He suggested — but did not prove — that Weinstein's influence caused the story's demise at NBC.

NBC News has strongly and consistently contested allegations that it yielded to any such pressure. It has also rejected Farrow's claim that he had pretty much nailed down the story before he walked out the door.

"The standard would be, at a bare minimum, a credible person making an allegation on the record — willing to be identified by name — ideally on camera," Rich Greenberg, executive editor of the investigative unit at NBC News, told the Los Angeles Times in August 2018, more than a year before Farrow's book came out. "We never quite got there." NBC and various executives declined to comment for this column.

Farrow said his mistake in our interview was one of degree. Yet as The Washington Post's Erik Wemple subsequently noted, Farrow has invoked the phrase — or close cousins of it — repeatedly, including on Fox News, ABC's Good Morning America, and his former colleague Rachel Maddow's show on MSNBC. Wemple basically makes the case that Farrow — a Yale-educated attorney and former U.S. State Department official — repeatedly misleads his readers, viewers and listeners.

In a private exchange with me this week, Farrow offered this: "There were two women who were willing to be named in the story at that point— Emily Nestor and Ambra Gutierrez — and NBC executives knew that. Both Nestor and Gutierrez have made public statements attesting to this fact. That draft had the stories of both women, and the only reason Nestor's name wasn't yet included was because NBC resisted it."

For what it's worth, Nestor and Gutierrez went on the record for Farrow's October 2017 story for The New Yorker. Nestor alleged verbal harassment; Gutierrez captured Weinstein on audiotape admitting he had groped her breast and pressuring her to join him in his hotel room. Farrow got the audiotape. Gutierrez reiterated on Twitter that she had been willing to talk on the record for Farrow's reporting at NBC as well.

Yet editors are paid to exercise discretion. Even The New Yorker's Ken Auletta, who served as a mentor to Farrow on the story, was told by the young reporter that he had more than he actually had secured, NBC has said.

"Are all the t's crossed and the i's dotted? No," Auletta told Smith of Farrow's reporting on Weinstein and NBC. "You're still left with the bottom line — he delivered the goods."

Where does that leave us?

No one in journalism who has been in the game long enough believes anyone is without flaw.

Not Farrow, who was by his own account a newbie as an investigative reporter when he took on this outsize challenge. Not NBC, which failed to harness his drive and insight successfully. Not Smith's old shop BuzzFeed News. Not The New York Times, which has also been known to stretch a narrative far beyond what the facts proved.

Farrow did have the goods on Weinstein, as Auletta put it. He ultimately landed the larger truth — and at the New Yorker, relied on the facts to do so. In that case, Farrow's problem wasn't the story. His story about the story, however, proved messier.