Accessibility links
Coronavirus Pandemic Halts Proceedings At U.S. Military Court At Guantánamo Bay The U.S. prison and military court in Guantánamo Bay, Cuba, are widely viewed as dysfunctional and expensive. Now the pandemic has brought court proceedings to a halt.

Listen · 4:34 4:34
As Pandemic Halts The Military Court At Guantánamo, Critics Call For Its Closure 4:34 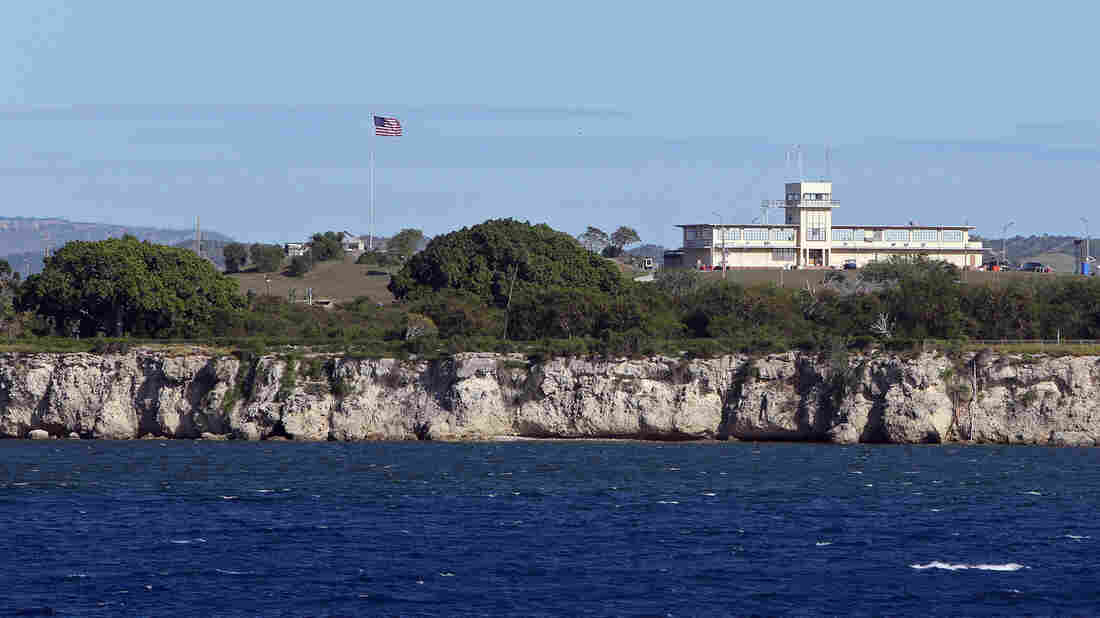 The original military courtroom at the U.S. Navy base at Guantánamo Bay, Cuba, is seen in this photo approved for release by the U.S. military. Walter Michot/Miami Herald/Tribune News Service via Getty Images hide caption 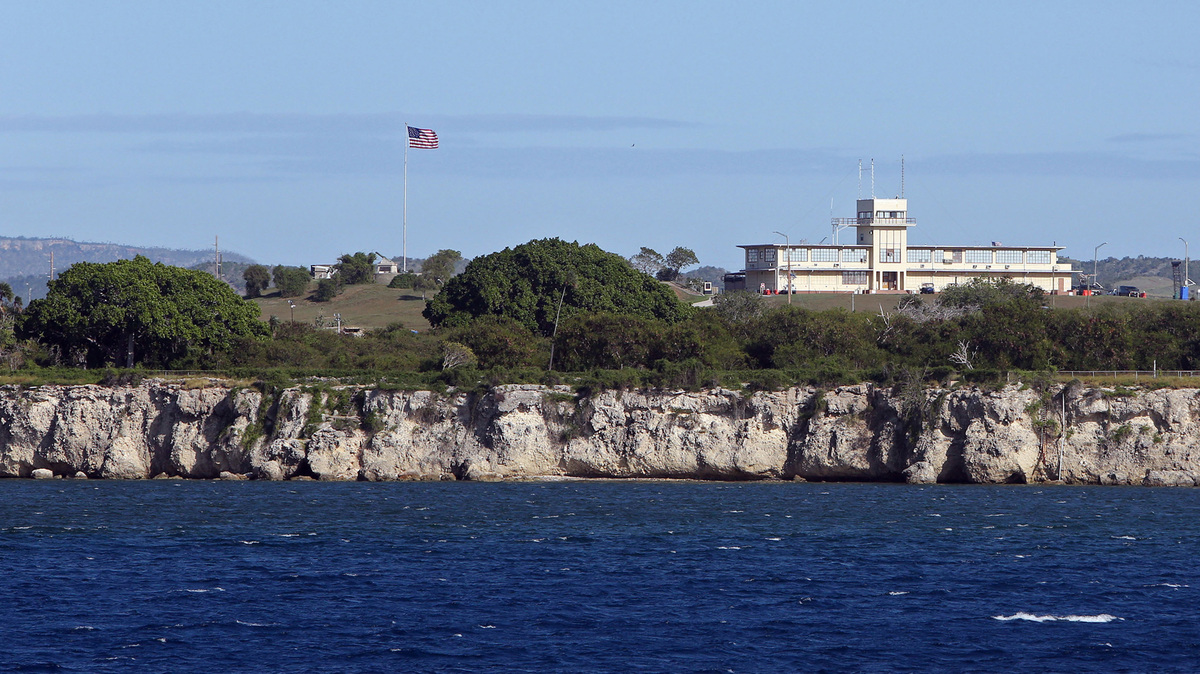 The original military courtroom at the U.S. Navy base at Guantánamo Bay, Cuba, is seen in this photo approved for release by the U.S. military.

The coronavirus has not spared the U.S. military court and prison at Guantánamo Bay, Cuba, where legal proceedings have come to a virtual standstill due to the pandemic. That has critics of Guantánamo, which has cost taxpayers more than $6 billion despite finalizing only one conviction in nearly two decades, saying this is a chance to shut it down for good.

Guantánamo has had at least two cases of COVID-19: one in a sailor at the U.S. naval base on the island and a second in the guard force that oversees its prisoners, which include Khalid Sheikh Mohammed, alleged mastermind of the Sept. 11, 2001, terrorism attacks.

The U.S. Department of Defense said that for security reasons it will not say whether there have been additional positive diagnoses at Guantánamo, but because of the pandemic all court hearings have been canceled since mid-March and are not scheduled to restart until late July.

In addition, the facility is subject to health safety measures such as social distancing and the mandatory wearing of masks and gloves when near prisoners. There is also a 14-day quarantine for anyone arriving on the island, which has basically halted court travel because Guantánamo lawyers must also quarantine for 14 days upon returning to the U.S., turning even a short trip into a monthlong commitment.

Even before the pandemic, problem-plagued Guantánamo had been hit with more dysfunction than usual, including the departures of several key personnel. Among them were the judge in the Sept. 11 case, Air Force Col. W. Shane Cohen, who left in April after announcing he was taking early retirement after less than a year on the job, and the head of the military court, Christian Reismeier, who moved to a different court role after being in his position for less than a year. Two of the lead attorneys for the Sept. 11 defendants have also stepped aside in recent months.

Judge's Retirement Is Likely To Delay Trial Of Sept. 11 Defendants At Guantánamo

All of that leaves the Sept. 11 case trial, scheduled to begin jury selection next January, in limbo.

"It's definitely not going to come off as a January 2021 trial — that's perfectly clear," said Bobby Chesney, a law professor at the University of Texas at Austin who specializes in national security law and has followed Guantánamo closely since it opened in 2002.

"There's just no telling when this might get underway," he added. "But we certainly know this — that as long as COVID-19 is raging and these detainees are located in Guantánamo, there are going to be basic practical difficulties getting a single thing done."

To Georgetown Law School professor Abbe Smith, who traveled to Guantánamo in January to watch hearings in the case against Abd al-Rahim al-Nashiri, accused of orchestrating the USS Cole naval warship bombing, the recent upheaval calls for a radical reset at the court.

"You have to try these men or release them. Try them or release them," said Smith, who argues that indefinitely holding Guantánamo's 40 remaining prisoners, most of whom have never been charged with a crime, is illegal and immoral.

"And, yes, I understand the anger and I understand the grief of those who have lost people or who have people who were terribly injured as a result of these acts of terrorism," added Smith, who after returning from her trip wrote a piece for the National Law Journal titled "It's Time to Rethink Guantánamo Bay Military Commissions."

"But it's unbelievable what we're paying to maintain this system that hasn't accomplished anything," she said. "I mean, especially post-COVID, imagine what we could do with that money," a reference to Guantánamo's $6 billion cost since opening.

New York City resident Colleen Kelly, whose brother died in the World Trade Center attacks on Sept. 11, has made more than a dozen trips to Guantánamo to watch court proceedings. She, too, said the shutdown caused by the pandemic and the recent personnel departures present an ideal moment to question business as usual at the military court.

"My basic thought is that this is kind of the perfect time to change everything about Guantánamo," Kelly said. "The time for plowing ahead really is over. This is never-ending, so why not really shake things up?"

Kelly advocates removing the Guantánamo cases from military court and instead trying them in U.S. federal court, which has extensive experience handling terrorism cases, or negotiating guilty pleas with the prisoners.

However, the U.S. government has given no indication that it is inclined to change the status quo at Guantánamo.

In a statement emailed to NPR, a Defense Department spokeswoman said the military is trained to do rotations and will continue rotating personnel in and out of Guantánamo. She also said Guantánamo's cases have no fixed timeline.

Still, said Kelly, "I feel like the 9/11 trial is mired as deeply as the war in Afghanistan and the never-ending wars in the Middle East, so why not take a fresh look?"