Accessibility links
Mass Casualties Expected After Passenger Jet Crashes In Karachi, Pakistan Karachi's mayor says there were no survivors on the plane — reported to be carrying about 100 people — that crashed into a neighborhood in Pakistan's most populated city. 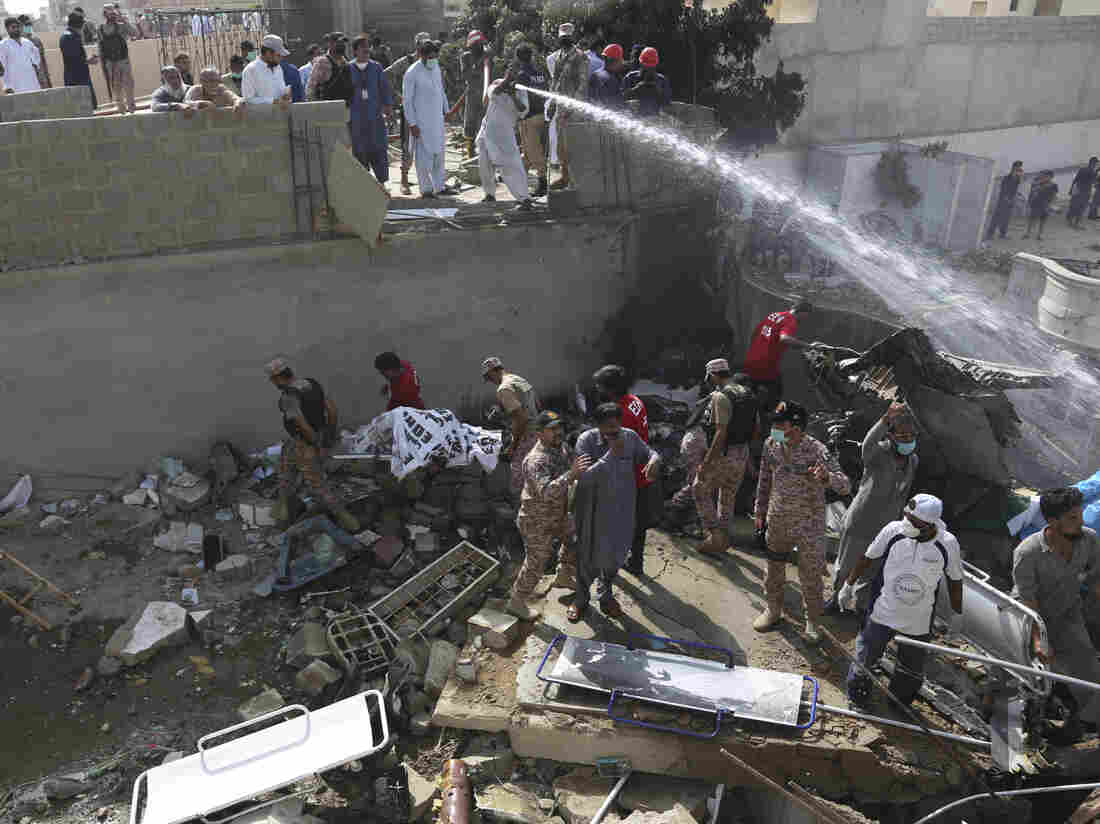 Soldiers and volunteers search the wreckage at the site of the Pakistan International Airlines crash in Karachi, Pakistan, on Friday. Fareed Khan/AP hide caption 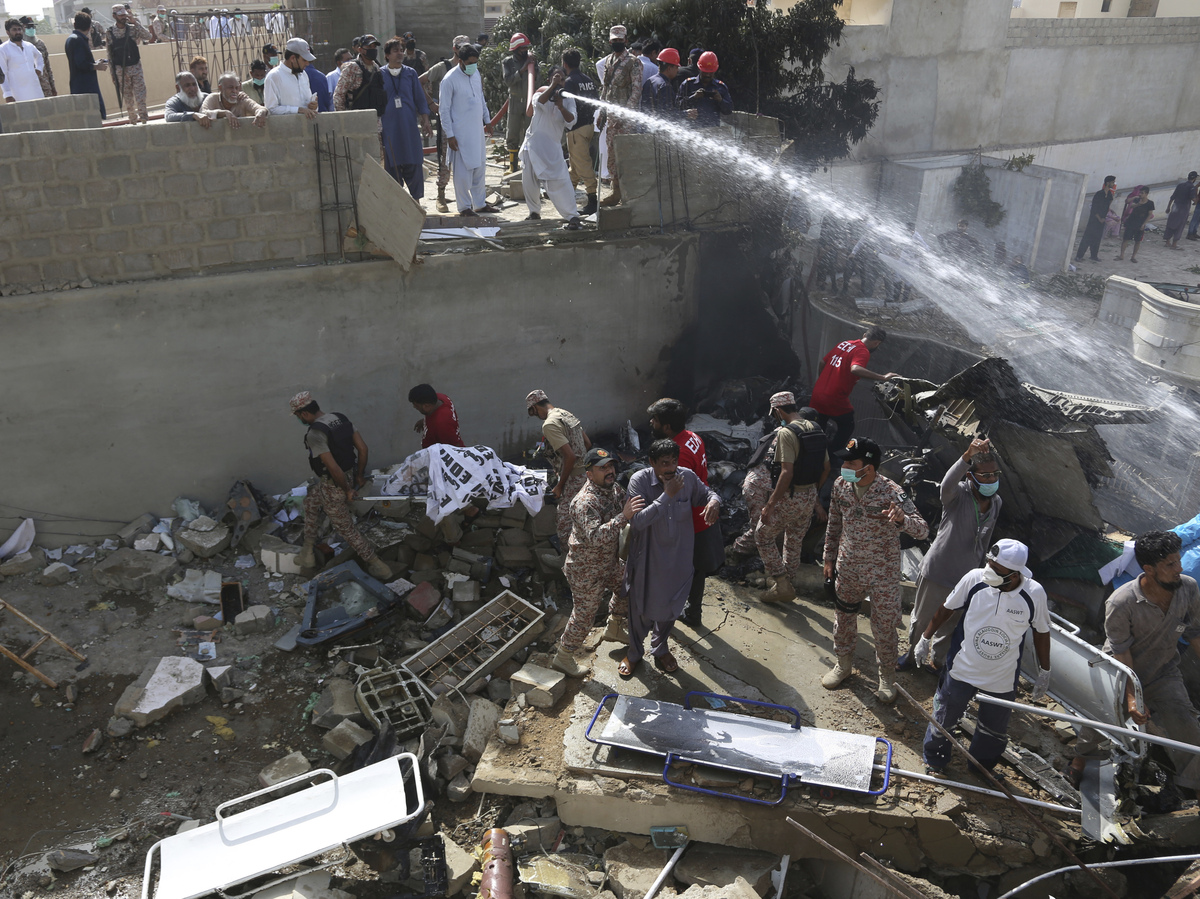 Soldiers and volunteers search the wreckage at the site of the Pakistan International Airlines crash in Karachi, Pakistan, on Friday.

A Pakistani passenger jet with about 100 people aboard crashed in a residential section of Karachi, the country's most populated city, leading local officials to prepare for mass casualties.

Pakistan International Airlines Flight PK 8303 was en route from Lahore when it crashed into a neighborhood Friday afternoon local time.

Videos circulating on local television and on social media showed smoke billowing from the residential area where the jet crashed. Local media citing eyewitnesses said the plane seemed to be on fire as it neared the airport, as NPR's Diaa Hadid reported from Pakistan.

The casualty toll from the crash remains unclear. Karachi's mayor initially said there were no survivors on the plane, which various media reports say was carrying more than 90 passengers. But other local officials said there were at least two survivors, according to The Associated Press.

Local health officials have also announced that area hospitals would be on an emergency status to prepare for possible mass casualties from the crash.

Pakistan's Prime Minister Imran Khan said on Twitter he was "shocked and saddened" by the crash and that there would be an immediate inquiry.

Khan also tweeted that he was in touch with the airline's CEO, "who has left for Karachi & with the rescue & relief teams on ground as this is the priority right now."

The last major crash for the state-run airline was in 2016, when nearly 50 people died on a flight over the Himalayas.

Domestic flights in the country were suspended until last Saturday because of the coronavirus pandemic.