Accessibility links
Biden Backtracks 'You Ain't Black' Remarks About Trump Supporters In an at-times tense exchange on the radio show Breakfast Club, former Vice President Joe Biden said, "If you have a problem figuring out whether you're for me or Trump, then you ain't black." 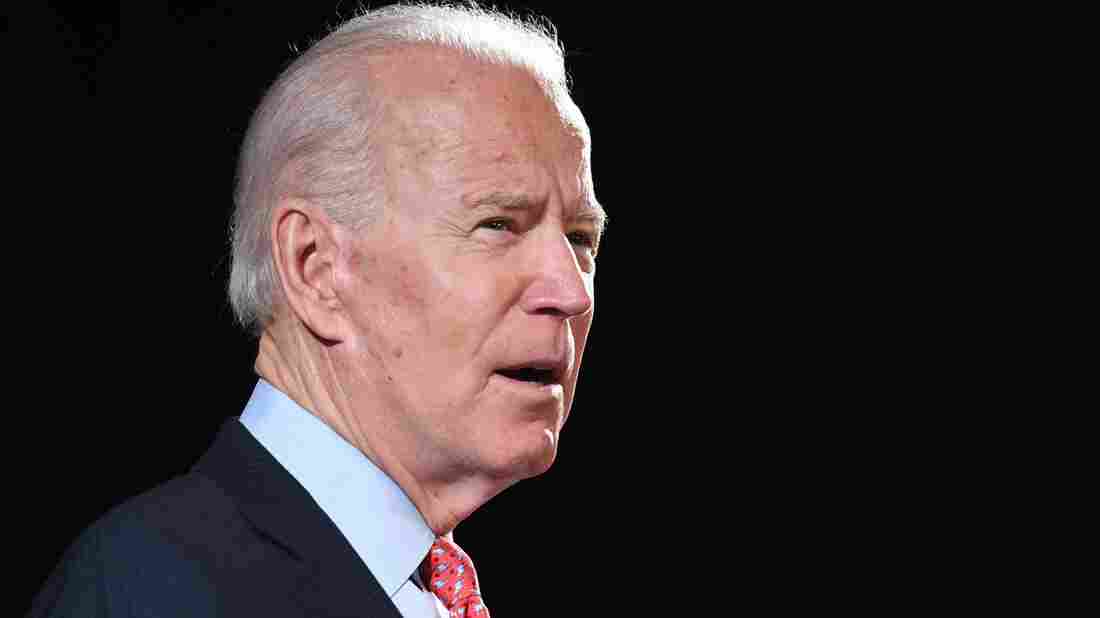 Former Vice President Joe Biden, pictured on March 12, is facing backlash for comments that his campaign says were a joke about black support for him versus President Trump. Saul Loeb/AFP via Getty Images hide caption 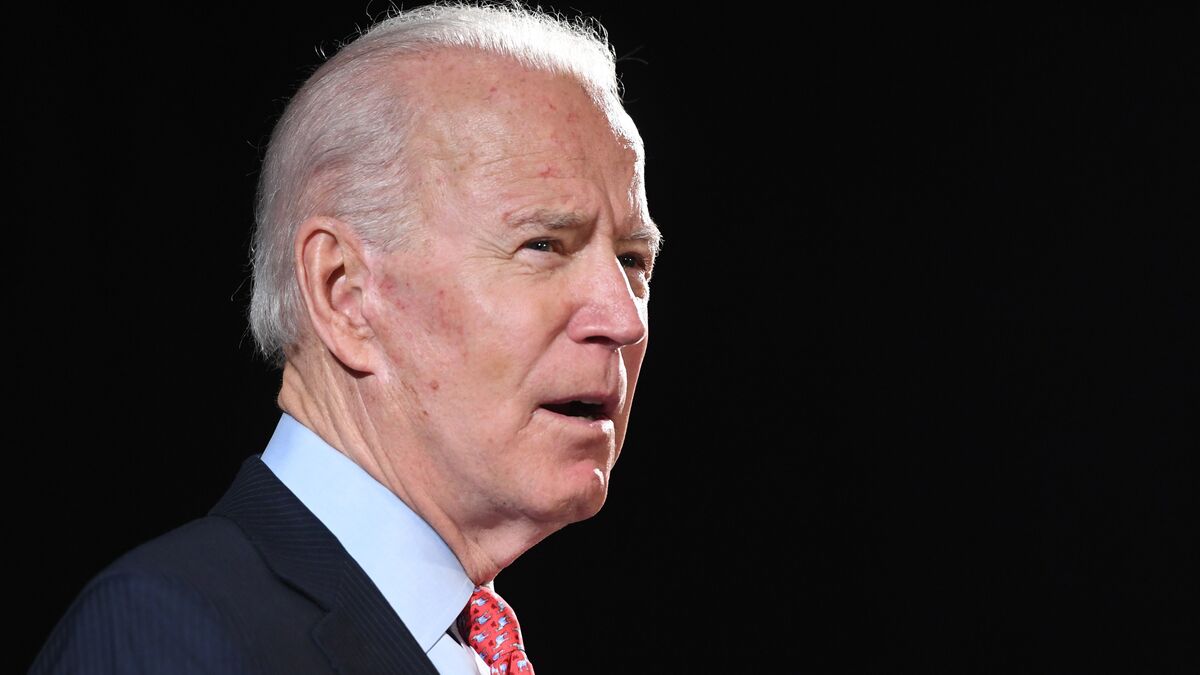 Former Vice President Joe Biden, pictured on March 12, is facing backlash for comments that his campaign says were a joke about black support for him versus President Trump.

Former Vice President Joe Biden is backtracking on remarks he made on a popular black radio program on Friday that were criticized as questioning the cultural authenticity of black supporters of President Trump.

"If you have a problem figuring out whether you're for me or Trump, then you ain't black," the presumptive Democratic presidential nominee said during an interview with Breakfast Club host Charlamagne Tha God.

Biden's campaign later said the remarks, called "racist" by the Trump campaign, were made "in jest."

Throughout Friday morning's 18-minute interview, Biden sought to distinguish his record from Trump's and to make the case for why he was the best candidate for black America. He cited the Trump administration's delayed response to the deadly coronavirus pandemic, which has disproportionately affected African Americans, his own Senate voting record and the overwhelming support he has historically garnered from black voters.

But in his closing remarks to the program, made shortly after he side-stepped speculation of whether he would select a black woman as his running mate in the White House race, Biden took the controversial dig at black Trump supporters, sparking a near-immediate backlash online.

"1.3 million black Americans already voted for Trump in 2016. This morning, Joe Biden told every single one of us we 'ain't black,' " Tim Scott, the lone black Republican in the U.S. Senate, tweeted on Friday morning. "I'd say I'm surprised, but it's sadly par for the course for Democrats to take the black community for granted and brow beat those that don't agree."

He called Biden's comments "the most arrogant and condescending thing I've heard in a very long time," adding, "I am offended, but not surprised."

In a call with reporters, Trump campaign adviser Katrina Pierson called the remarks "extremely racist" and an example of "white privilege."

Biden's Friday remark was not the first time the Democratic presumptive nominee stumbled into controversy over racial consciousness.

During the primary, Biden was taken to task by fellow Democrats over his past opposition to federal busing school integration policies and his support of the 1994 crime bill.

Symone D. Sanders, a senior adviser to Biden and one of his most visible supporters, defended his remarks as an attempt at humor.

"Vice President Biden spent his career fighting alongside and for the African American community. He won his party's nomination by earning every vote and meeting people where they are and that's exactly what he intends to do this November," Sanders wrote on Twitter.

Tracking The Money Race Behind The Presidential Primary Campaign

"The comments made at the end of the Breakfast Club interview were in jest, but let's be clear about what the VP was saying: he was making the distinction that he would put his record with the African American community up against Trump's any day. Period," she continued.

Trump's own record on race has been called into question numerous times. His detractors have reached as far back to a 1973 federal lawsuit brought against Trump and his company for alleged racial discrimination at his housing developments in New York, to more recent rhetoric about immigrants, particularly from Latin America and Africa.