Accessibility links
'Military Wives': Sharon Horgan, Kristin Scott Thomas Moved By 'The Power Of A Group' The film follows women who form a choir to cope with their spouses' deployments to Afghanistan. "It's a story that speaks to a huge number of partners, spouses and wives of the military," Horgan says. 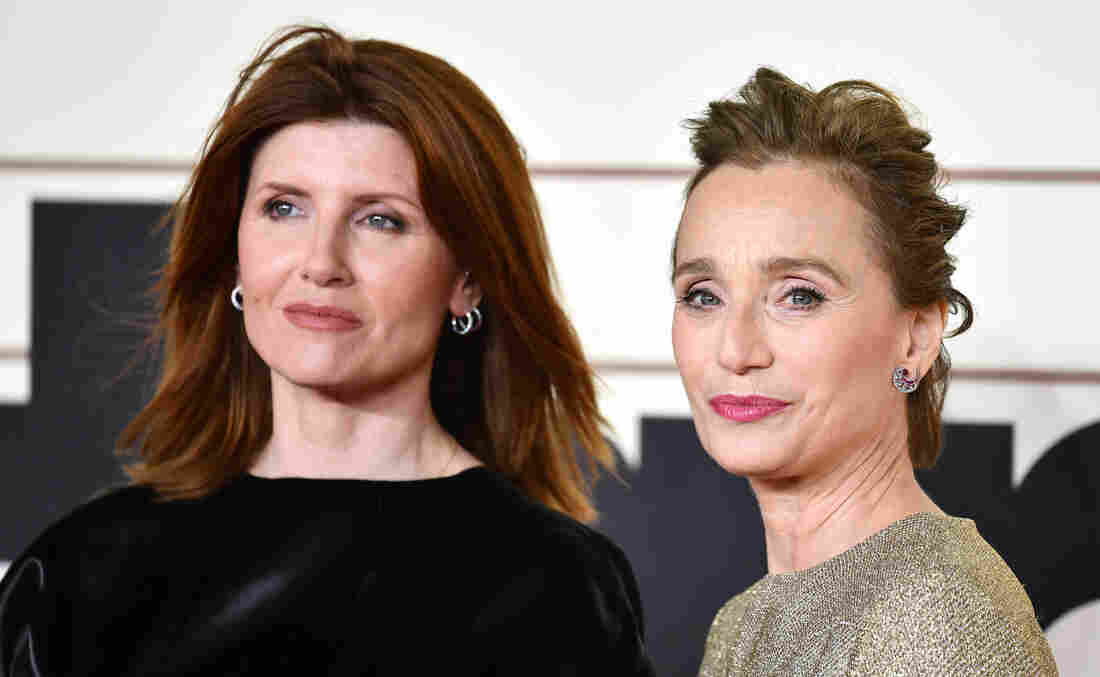 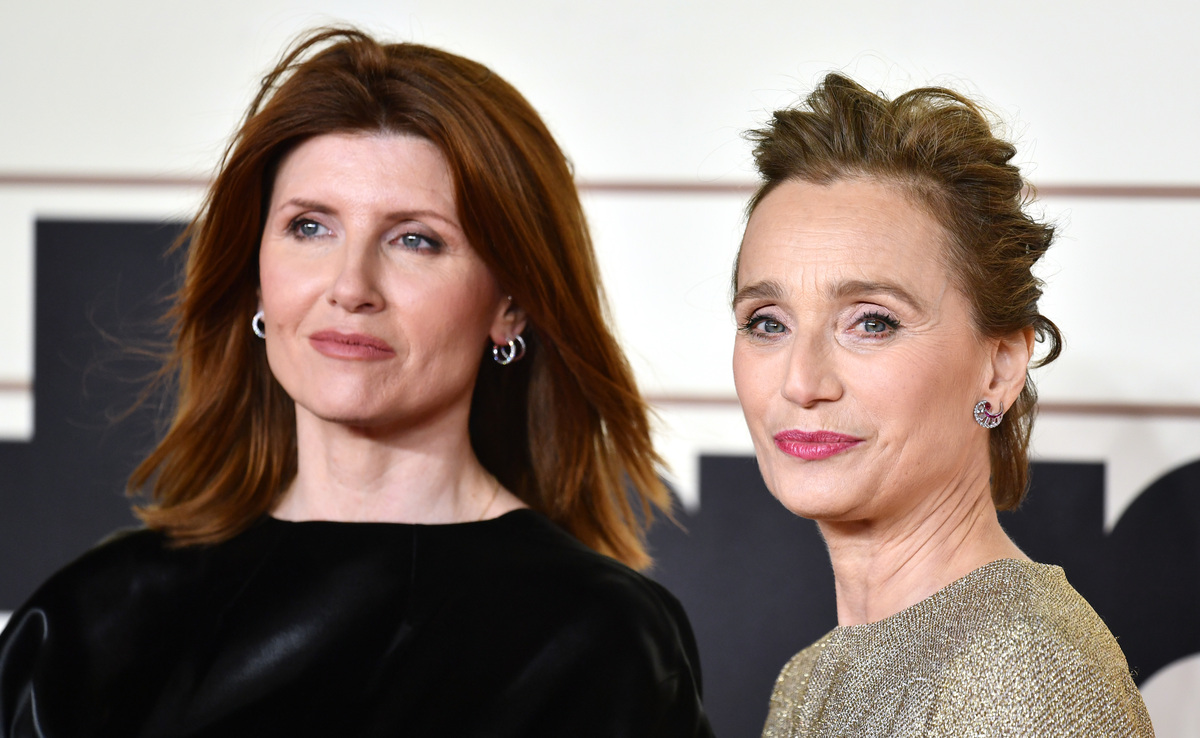 Sharon Horgan (left) and Kristin Scott Thomas play the spouses of soldiers who lead a choir group of women to success, in the new based-on-a-true story film, Military Wives.

In times of pandemic-induced isolation, the new film Military Wives offers a testament to the power of banding together.

The dramedy, starring top-notch actors Kristin Scott Thomas and Sharon Horgan, is based on the story of the Military Wives Choir, a U.K. choral group-turned media sensation following the success of Gareth Malone's 2011 BBC documentary series, The Choir: Military Wives.

When British soldiers are deployed to Afghanistan, their spouses keep their families going amid the fear that something could happen overseas. The women try to keep busy, but they find a knitting group uninspiring and potluck dinners pallid.

An unlikely pair of women, spouses of high-ranking Army officials, find each other at just the right time. Type A personality Kate (Scott Thomas) and free-spirited Lisa (Horgan) form a choir. At first, they sound a little humdrum, until one day they take shelter from the rain in a cave and discover their true voices.

As with the real choral group, Scott Thomas says the women on set found strength and community in performing together.

"To get to that level took quite a lot of work and everyone would sort of help each other, because we all wanted to get it right," Scott Thomas said in an interview with Weekend Edition Saturday. "It's a really great feeling, that — to be able to create something as a group."

Noting that the Military Wives Choir charity organization has grown into 75 different groups around the world, Horgan said, "I think it's a story that speaks to a huge number of partners, spouses and wives of the military."

The film is available now on Hulu and other streaming platforms, just in time for Memorial Day in the U.S.

Kristin Scott Thomas, you're from a military family.

Scott Thomas: I grew up on a military base, rather like the ones we see in the film. I think part of the reason for me being drawn to this film was this, treating this aspect of the incredible sort of sacrifice that families of personnel in the military have to make.

Constantly being on the move, constantly being uprooted and being required to settle somewhere else. Having to change jobs all the time. I mean, to hold the fort, having to deal with the family, having to deal with absence, and the fear — and all of that mixed in with tremendous pride and a great feeling of service. Which is something that I think we forget about, is this feeling of national duty, which is something that I think is actually admirable.

Scott Thomas: Well, I was unfamiliar with Sharon's work. But I managed to binge on Catastrophe. When we met, we decided we'd sort of have lunch or something, but we talked about everything under the sun except the movie.

And then we just sort of turned up for work one day and got on with it. Personally, I really enjoyed it — I don't know about you, Sharon!

Horgan: Well, when I first was told I was going to be working with Dame Kristin Scott Thomas, I had to educate myself, it was a pleasure.

No, I was really — I was incredibly nervous, actually. I mean, the nerves went pretty quickly, because like Kristin was saying, I remember walking away from that lunch thinking, 'I told that woman far too much.' I really told her some personal details.

But we really enjoyed it for a bunch of reasons. One of them was, we really enjoyed the singing, and we never expected to enjoy it so much. And the other one was that we had this great ensemble of 98% female cast around us. So it was just very relaxed, and really good fun.

Without giving too much away, there's a song by Robbie Williams and Guy Chambers that figures in the last scene of the film. I cried copiously for the last 15 minutes of the film — and I guess that's exactly what you were going for. But it did remind me that in these times, when we're all kind of caught up in a worldwide crisis, there are other losses that go on, aren't there?

Scott Thomas: Yeah, the power of a group. I mean, the singing was particularly spectacular, in that shen we first started, it was awful. Apart from myself, of course, who sings like an angel! And then little by little, we got — in fact, quite quickly we got better because we enjoyed it so much. ...

But to get to that final result, that said moved you to tears — and I think you aren't the only one, I think that song was written with tears in mind — to get to that level took quite a lot of work.

NPR's Sophia Boyd and Hadeel Al-Shalchi produced this interview for broadcast. Emma Bowman adapted it for the Web.