Accessibility links
Federal Judge Rules Florida Law Restricting Voting Rights For Felons Unconstitutional A U.S. District judge has ruled that the law, which would have required felons to pay court-related debts before they can register to vote, discriminates against those who cannot afford the payments. 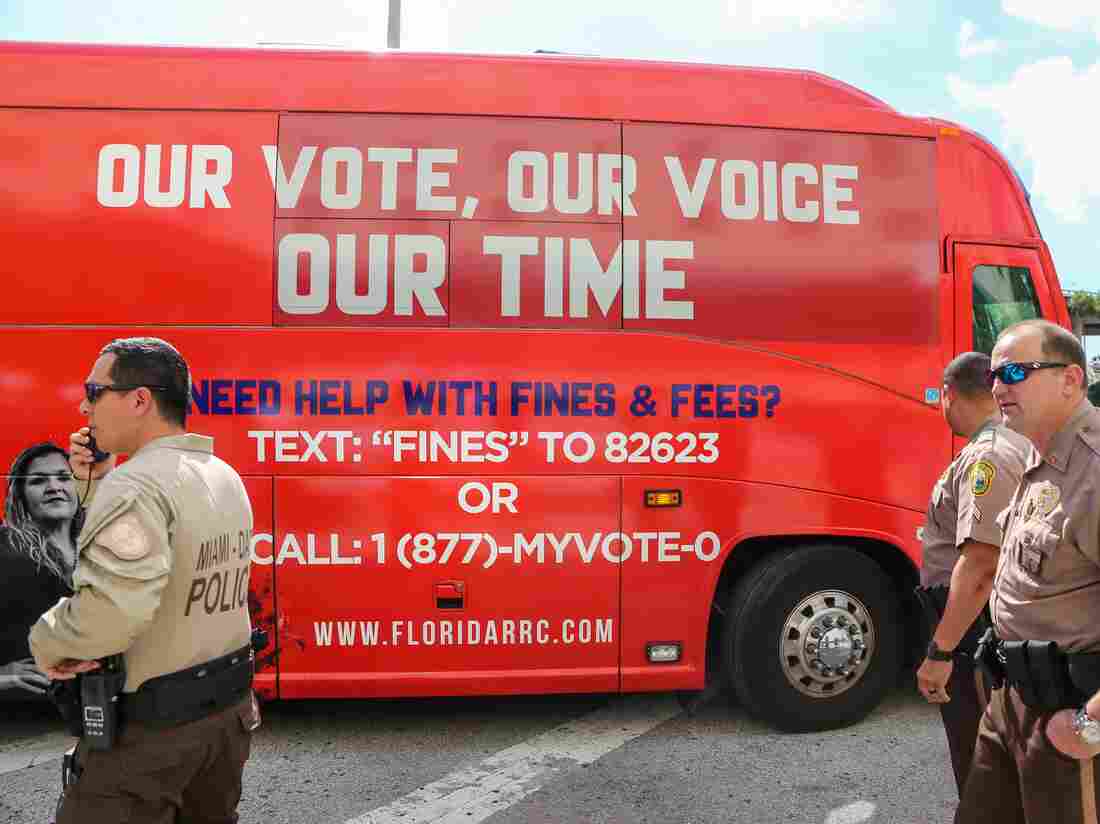 A tour bus, sponsored by the Florida Rights Restoration Coalition, pulls up to a Miami-Dade County courthouse ahead of a hearing aimed at restoring the right to vote under Florida's Amendment 4 on Nov. 8, 2019. Zak Bennett/AFP via Getty Images hide caption 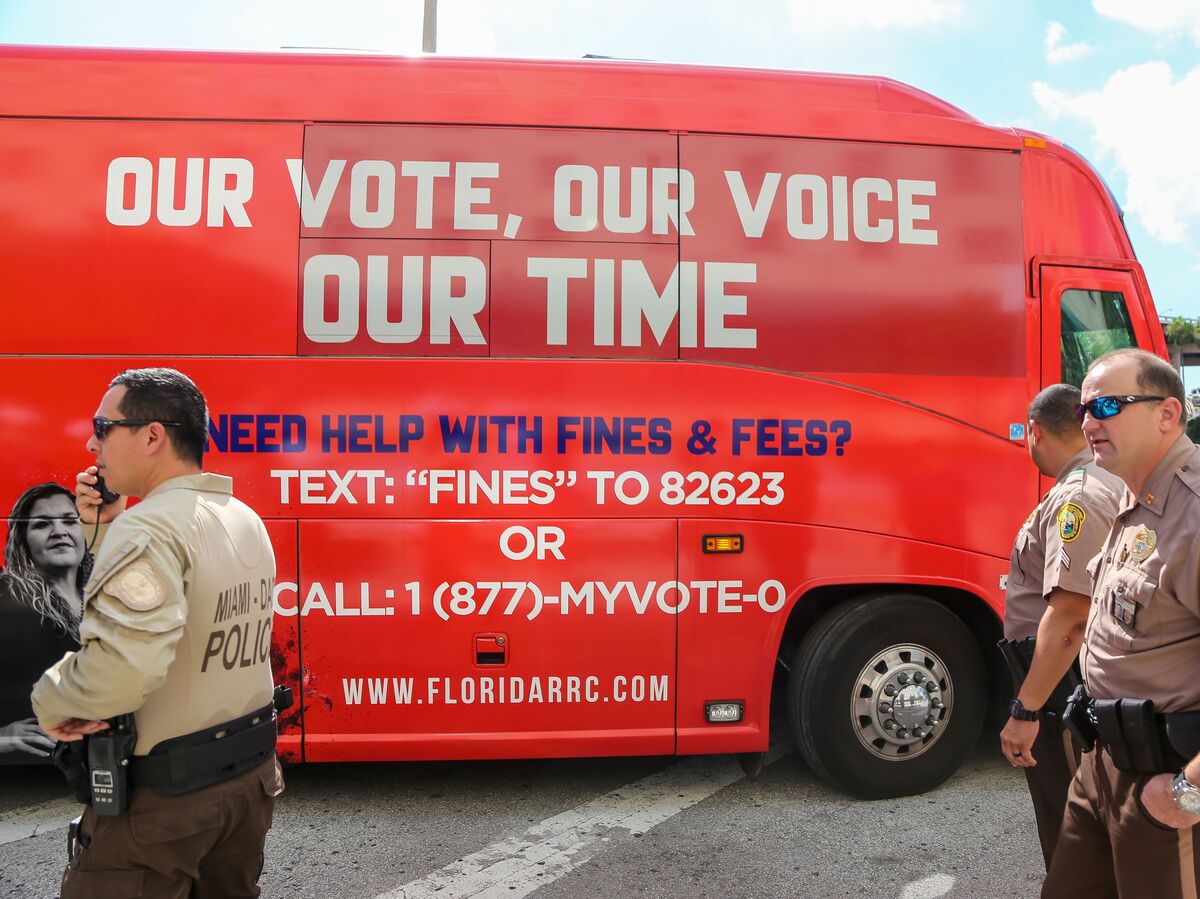 A tour bus, sponsored by the Florida Rights Restoration Coalition, pulls up to a Miami-Dade County courthouse ahead of a hearing aimed at restoring the right to vote under Florida's Amendment 4 on Nov. 8, 2019.

In a decision with potentially far-reaching implications for November's election, a federal judge in Florida has determined a state law that would have required felons to pay any outstanding court fees and fines before they can register to vote is unconstitutional.

The ruling on Sunday by U.S. District Judge Robert L. Hinkle moves hundreds of thousands of felons who have completed "all terms of their sentence including probation and parole" one step closer to winning back their right to vote.

The case at the center of the decision stems from a constitutional amendment overwhelmingly approved by Florida voters in 2018 overturning a 150-year-old law that permanently disenfranchised people with felony convictions.

The result was celebrated by supporters as the nation's largest expansion of voting right in decades, but seven months later, the state's Republican governor, Ron DeSantis, signed a bill limiting the law only to those who have successfully paid their court-related debts. DeSantis said the law was needed in order to clarify what the amendment meant by "all terms," but critics charged that the measure amounted to a "poll tax."

In a 125-page ruling, Hinkle sided with critics of the bill, saying it discriminates against those who cannot afford to pay. The judge said the law is a violation of the 24th Amendment, which says the right to vote shall not be denied "by reason of failure to pay poll tax or other tax."

"A state may disenfranchise felons and impose conditions on their reenfranchisement," Hinkle wrote in his opinion. "But the conditions must pass constitutional scrutiny. Whatever might be said of a rationally constructed system, this one falls short in substantial respects."

The judge faulted the state for failing to come up with a way for felons to determine what they may owe the state or for them to show they are unable to afford payment. He ordered the division of elections to put in place a new process for felons to request an advisory opinion on whether they are eligible to vote. If they are not given an answer within 21 days, they will be allowed to register.

Hinkle's ruling could dramatically expand the rolls in a battleground state that President Trump narrowly won in 2016 by less than 115,000 votes. One analysis by Daniel Smith, a professor of political science at the University of Florida, found that more than 774,000 Florida citizens who have fulfilled the terms of their felony convictions have outstanding legal financial obligations.

"Today's decision is a landmark victory for hundreds of thousands of voters who want their voices to be heard," said Paul Smith, vice president of the Campaign Legal Center, one of the groups that challenged the law. "This is a watershed moment in election law. States can no longer deny people access to the ballot box based on unpaid court costs and fees, nor can they condition rights restoration on restitution and fines that a person cannot afford to pay."

The governor's office did not immediately respond to a request for comment, but the state is expected to appeal the decision.