Accessibility links
Art Of The New Deal: How Artists Helped Redefine America During The Depression When the Roosevelt administration rolled out millions of dollars to fund artists, musicians, writers and actors, it wasn't just about job creation. It was to unite a nation in turmoil.

Art Of The New Deal: How Artists Helped Redefine America During The Depression

Art Of The New Deal: How Artists Helped Redefine America During The Depression 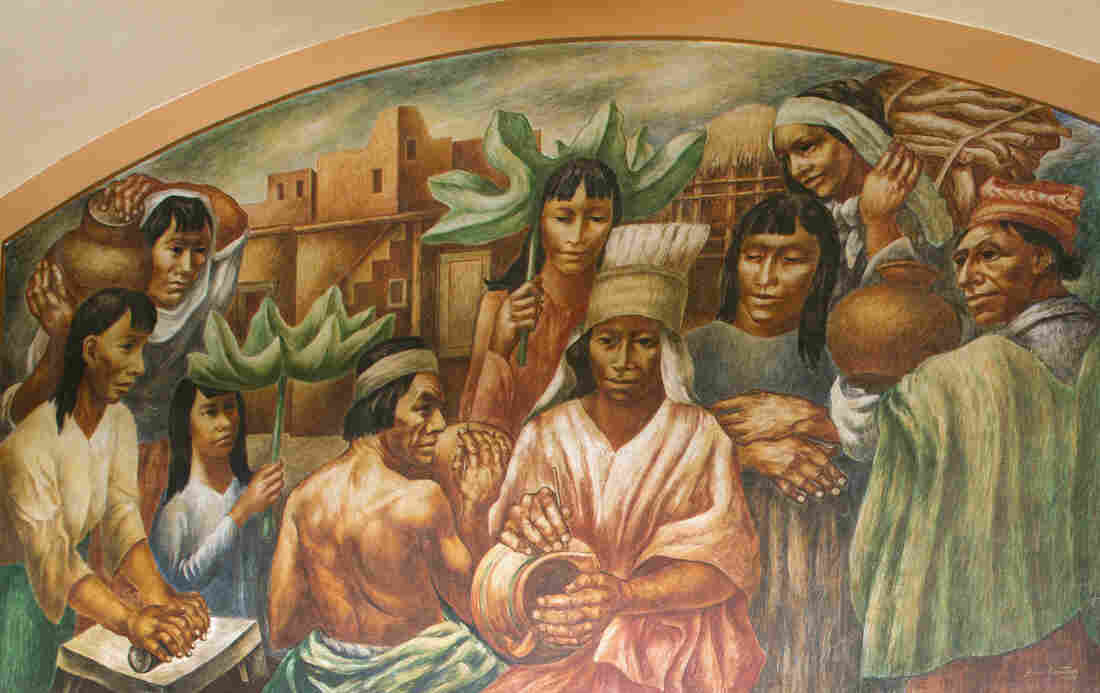 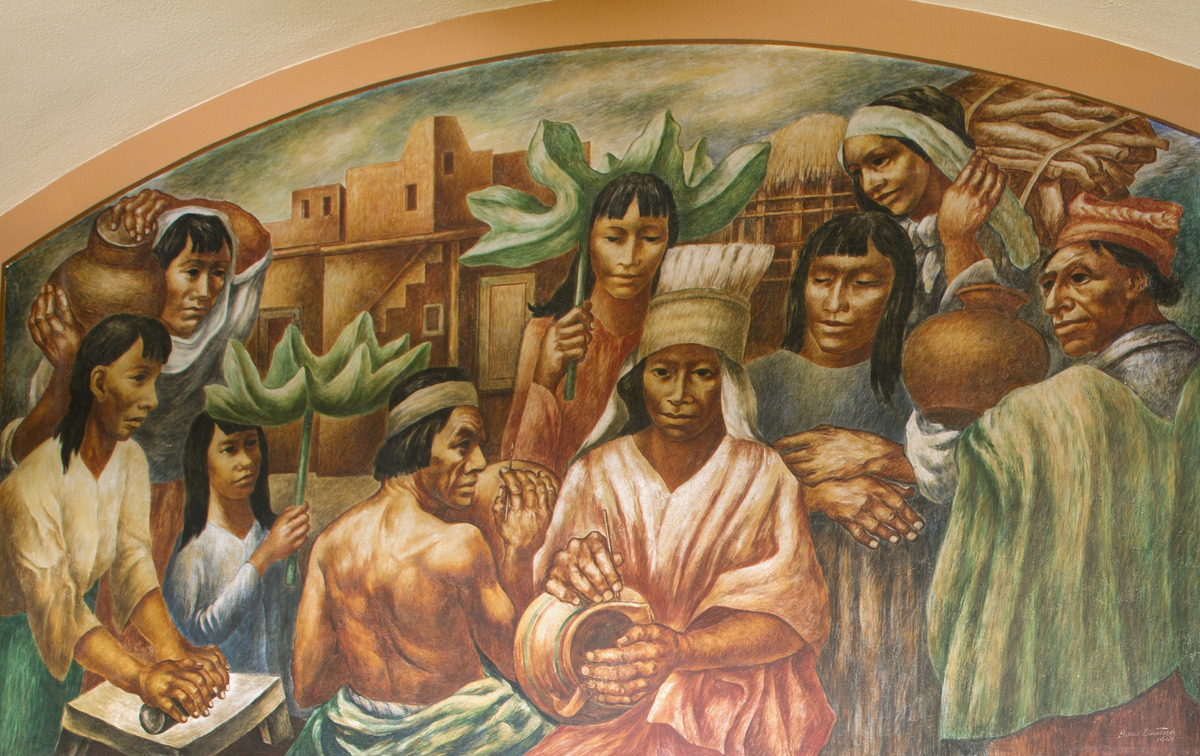 The Great Depression challenged Americans not just with horrifically high unemployment, but ideological divides not utterly unlike the ones we face today. Today, poll after poll show the country deeply split on major issues. Racism, Islamophobia and anti-Semitism are on the rise. Back then, the labor movement was burgeoning; so was membership in the Ku Klux Klan. Rampant anti-Semitism informed powerful public figures such as Henry Ford and Charles Lindbergh, and millions of people listened as Father Charles Coughlin railed against immigrants and in favor of fascism in his weekly radio broadcasts. Meanwhile, black people were excluded from segregated soup kitchens as African American unemployment hovered around 50 percent.

In The 1930s, Works Program Spelled HOPE For Millions Of Jobless Americans

When the Roosevelt administration rolled out tens of millions of dollars during the New Deal to fund artists, musicians, writers and actors, its mission was more than just job creation. It wanted to create a version of American culture that everyone could rally behind. Music, art classes, posters, plays and photography funded by the federal government were supposed to unite a nation in turmoil.

'A Community Of Desperation' Finding Sympathy And Solidarity In Dorothea Lange

Composer Aaron Copland was commissioned by the Works Progress Administration to write Quiet City for the Group Theatre in 1939. Painter Jackson Pollock was stealing food from pushcarts before he was hired by the WPA's famed murals division. And writer Ralph Ellison used language from the oral histories he recorded for the WPA in Harlem in his later groundbreaking novel The Invisible Man. 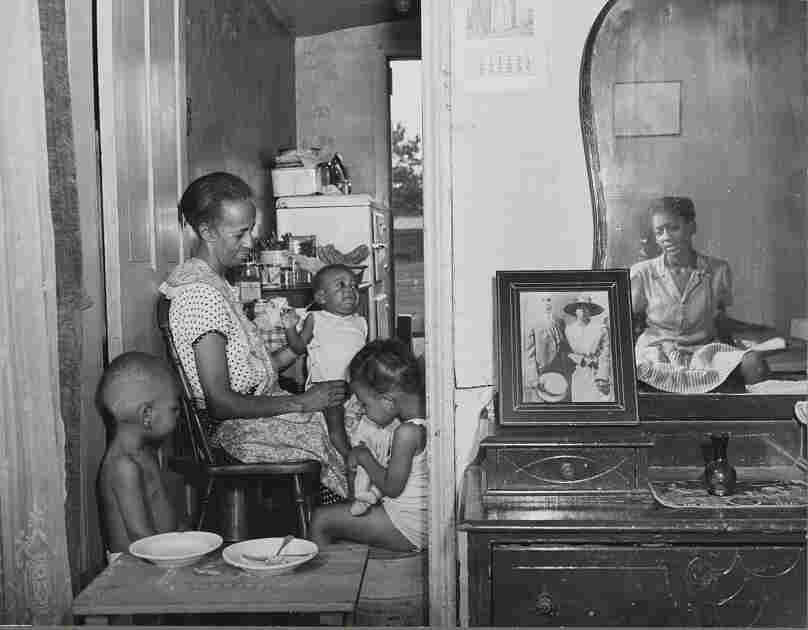 While working for the Farm Security Administration, Gordon Parks took this 1942 photo of Ella Watson at her home in Washington, D.C., with her three grandchildren and daughter. Gordon Parks/Library of Congress Prints and Photographs Division hide caption 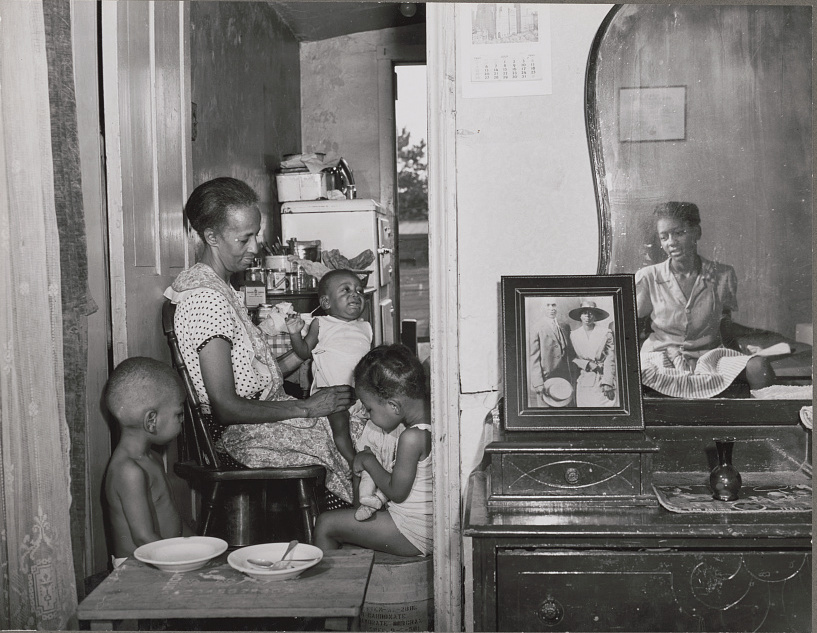 While working for the Farm Security Administration, Gordon Parks took this 1942 photo of Ella Watson at her home in Washington, D.C., with her three grandchildren and daughter.

Only seven percent of its budget went to federal arts and history projects, but the WPA paid artists a living wage, says Ann Prentice Wagner, who co-curated the 2009 Smithsonian exhibition 1934: A New Deal For Artists. Musicians, writers and other artists were hired at various wage levels, according to their abilities. "People who were master artists might make as much as forty-five dollars a week," Wagner says. Adjusting for inflation, that's equivalent to $855 in 2020. "This was at a time when laborers like longshoreman might be making 10 cents an hour or maybe even a dollar or two a day." 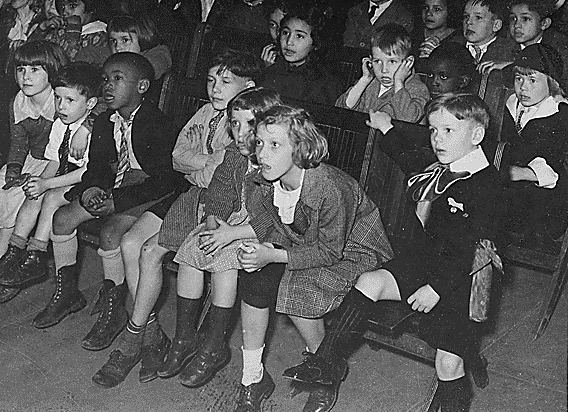 At a time when many Americans felt they had little in common, the WPA assured them of a vital, shared cultural identity through theater, art and music, says Lauren Sklaroff, a history professor at the University of South Carolina. "Many Americans had not ever seen a live play, listened to a symphony that was live, had never visited an art museum," she says. "So the idea behind the federal arts project was to bring art to the masses so that America would have a common lexicon to draw from, in terms what culture meant."

That culture might mean broadcasting African American gospel choirs nationally on the radio through WPA auspices, or hiring a young Mark Rothko to paint. Richard Wright contributed to the WPA's guide to New York City. John Cheever hated working as an editor for the Federal Writers' Project, but the job helped establish his writing career. Director Orson Welles staged a celebrated version of Macbeth for the Federal Theatre Project with an all-black cast that ended up touring the country. (You can see parts of it here.)

More From The Library Of Congress

Born in Slavery: Slave Narratives from the Federal Writers' Project, 1936 to 1938

"The Roosevelt administration had a cabinet of African Americans advising them on racial issues, and so the same was mirrored in these arts projects," Sklaroff says. While often problematic, she stresses, these programs were also progressive for their era. Teams of documentarians, black and white, recorded oral histories from formerly enslaved Americans. While the results are uneven at best, the records are now an important collection in the Library of Congress and form the basis of much contemporary study on slavery.

Among the out-of-work teachers, ministers and secretaries hired by the Federal Writers' Project to record songs and stories in various communities was a young anthropologist. Zora Neale Hurston had recently written a novel — Their Eyes Were Watching God — and recorded the songs of workers in Florida turpentine camps. Her boss, Stetson Kennedy, would later achieve national fame for infiltrating the Ku Klux Klan and exposing their secrets.

"The generation that was saved by that funding turned out to be the greatest and most acclaimed in the history of American art," asserts Ann Prentice Wagner. Indeed, it's difficult to quantify the ongoing benefits of the WPA's arts programs. Its murals still decorate city halls, post offices and public schools (not without controversy) and hundreds of the community arts centers it established are still in existence across the country. Critics denounced these projects as propaganda, and according to arts leaders interviewed for this story, it's wishful thinking to imagine the WPA arts programs could be revived anytime soon. To Wagner, though , their relevance has never been clearer. "How do we know what we've got this time around?" she wonders. "How do we know what creative minds could be working on right now unless we give them a chance?"

It's highly unlikely that the current government would fund murals of front-line workers, grocery store clerks, meat packers or Amazon warehouse laborers on the walls of civic institutions. Nor is public art needed as badly as PPEs, or a vaccine for COVID-19. Still, Wagner points out that paying people to find and tell stories promoting shared American values might help with another sickness the country suffers from right now.