Accessibility links
Here's How The Pandemic Is Changing America's Plans For Its Newest Spaceship Later this week, NASA and SpaceX will launch the first rocket carrying astronauts from U.S. soil since the end of the space shuttle era. But COVID-19 has forced some changes to their plans. 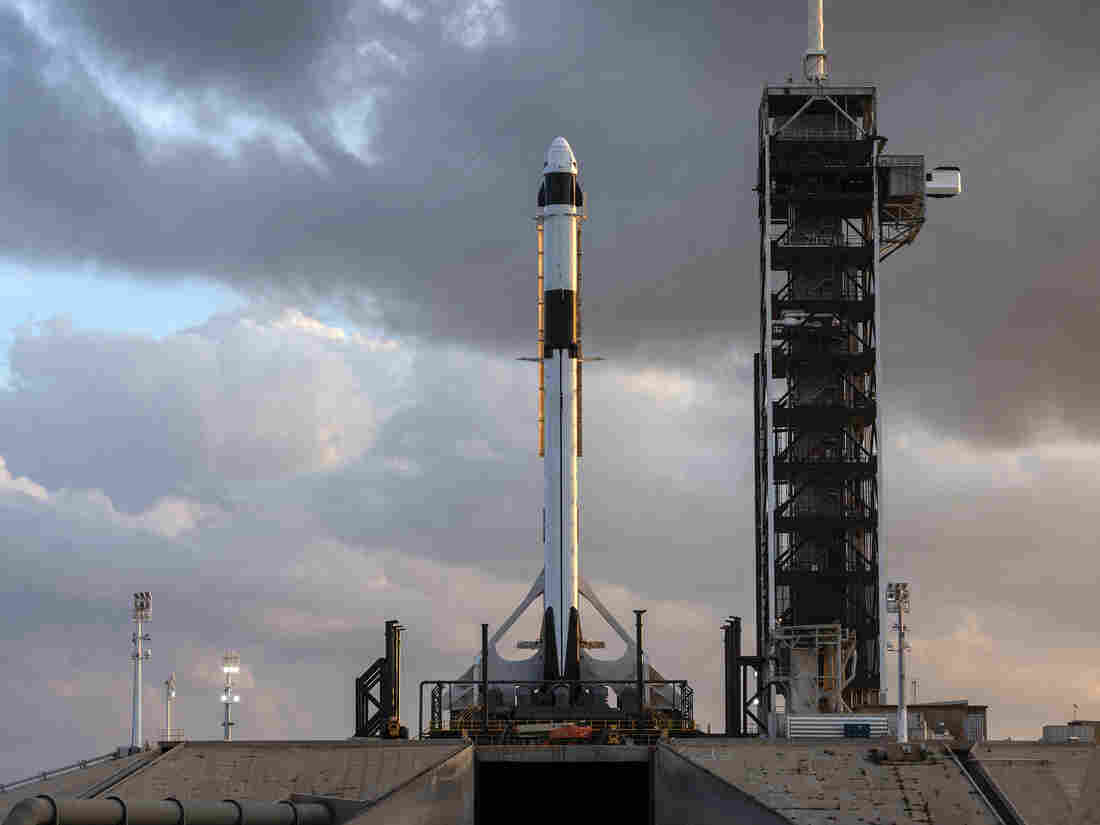 Two astronauts will launch to the International Space Station aboard a new capsule built by the company SpaceX. SpaceX hide caption 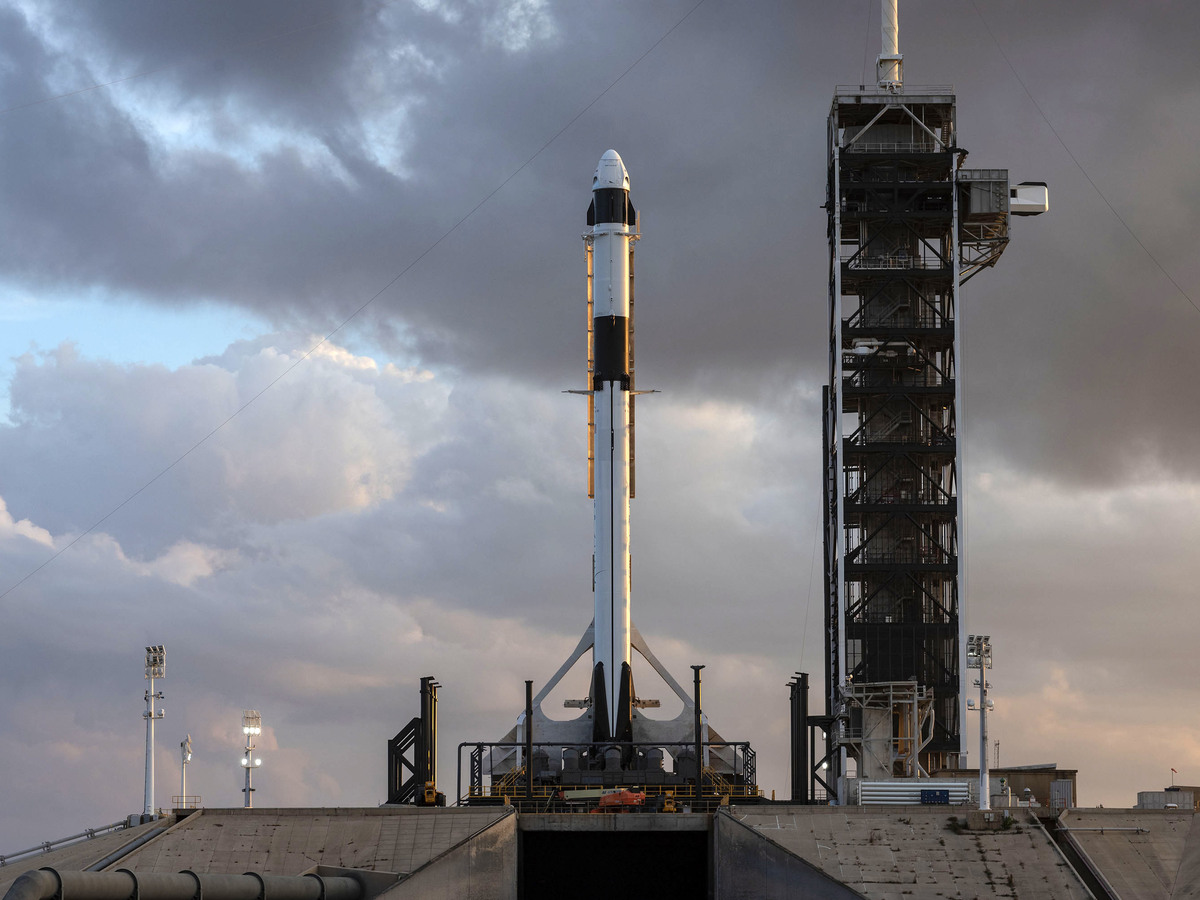 Two astronauts will launch to the International Space Station aboard a new capsule built by the company SpaceX.

This week, NASA and the commercial company SpaceX are set to launch two astronauts to the International Space Station (ISS) in a new capsule. This is the first launch by NASA of astronauts from U.S. soil in nearly a decade, but it's happening in the middle of a pandemic.

Here are some of the ways that the coronavirus will, and won't, change the plans for the space agency's latest launch.

Astronauts have been quarantining since before it was cool. 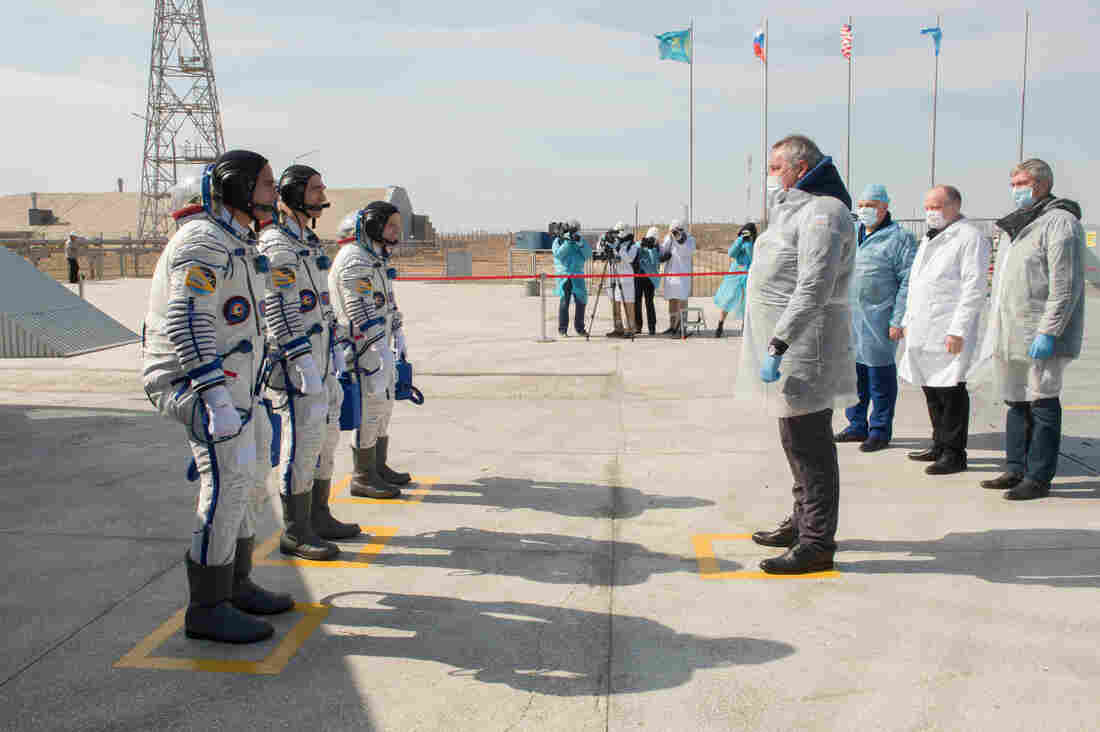 Astronaut Chris Cassidy of NASA, left, and cosmonauts Anatoly Ivanishin and Ivan Vagner, lived under strict quarantine ahead of an April flight to the space station. Andrey Shelepin/GCTC/NASA hide caption

For decades, astronauts have avoided illness before flying by entering into quarantine ahead of their missions.

Even a minor illness on Earth has the potential to cause big problems in space, says Serena Auñón-Chancellor, a NASA astronaut and associate professor of internal medicine at Louisiana State University Health in Baton Rouge. "Those common cold symptoms, you don't want to bring to the space station, they're not fun to deal with up there."

Auñón-Chancellor herself was quarantined for 18 days in Kazakhstan before her 2018 mission to the station. "Some people we would see from behind glass," she recalls.

The quarantine procedures are actually a little easier to implement in the middle of the pandemic. Astronauts Bob Behnken and Doug Hurley have spent two weeks in quarantine ahead of their launch, according to Rob Mulcahy, a NASA flight surgeon in charge of the pre-launch quarantine program. But this time around, stay-at-home rules have actually allowed the astronauts to spend their first week in their own houses. "Because the families are able to quarantine with them, they're able to stay at home," Mulcahy says.

But bigger changes are being required of those working on the launch from Earth.

There have been two reported cases of coronavirus infection in employees at the Kennedy Space Center (KSC), where the launch will take place. Neither is believed to be linked to work at the center.

Nevertheless, officials at KSC say that they are taking appropriate steps and providing masks and hand sanitizer to workers as needed. SpaceX too is taking steps to keep its workforce safe — including using masks and social distancing in certain areas. And at mission control in Houston, Texas, Mulcahy says they've activated a back-up control room, so that different shifts don't have to operate the same equipment in case of contamination.

Once they're up, the astronauts will be winning social distancing.

At 250 miles above the surface of the planet, the space station is the ultimate stay-at-home locale. "Once you get to ISS and you don't bring any viruses with you, you're pretty darn safe from that time point," Auñón-Chancellor says.

Hurley and Behnken will join Chris Cassidy, and cosmonauts Anatoly Ivanishin and Ivan Vagner, who traveled to the station in early April.
But the space station is not as sterile as one might think. After years of astronauts travelling aloft, and carrying microbes with them, the station is now home to numerous different kinds of (mostly) benign bacteria and fungi.

Space fans will have to watch from home. 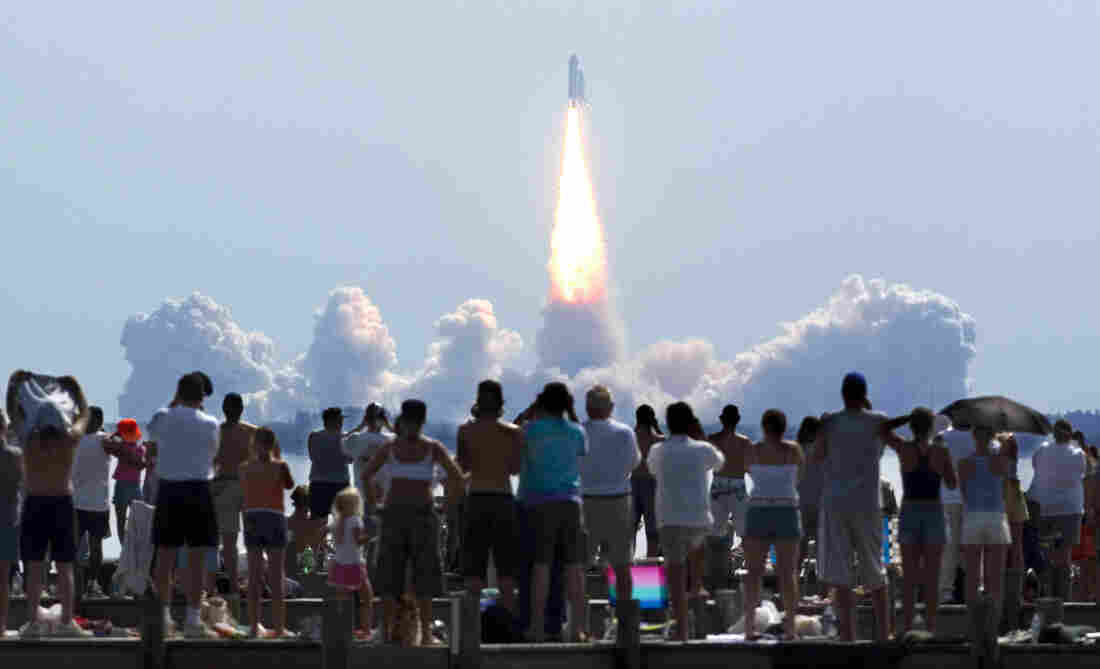 Crowds watch as the Space Shuttle Discovery lifts off from Kennedy Space Center in 2005. NASA is asking people to stay away from this week's launch due to the pandemic. Phil Sandlin/AP hide caption 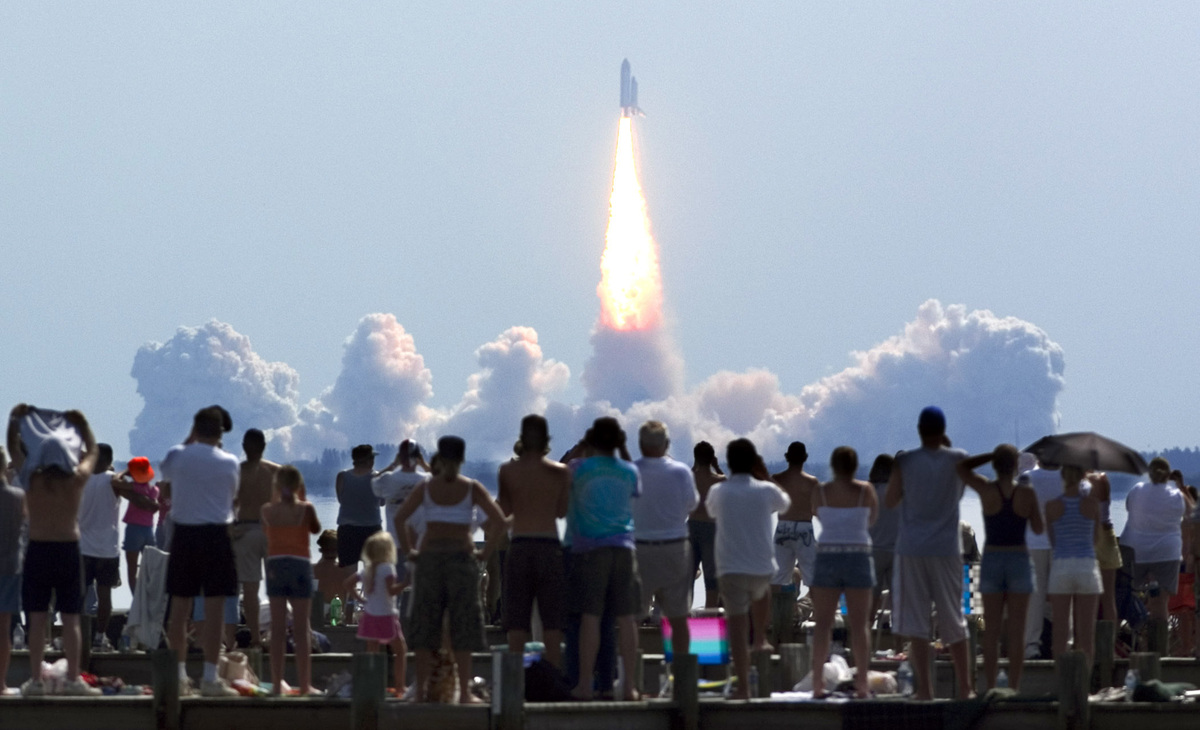 Crowds watch as the Space Shuttle Discovery lifts off from Kennedy Space Center in 2005. NASA is asking people to stay away from this week's launch due to the pandemic.

Normally, rocket nuts and well-wishers would crowd Florida's Space Coast to see the return of astronaut launches from the Kennedy Space Center. But NASA Administrator Jim Bridenstine is discouraging crowds from attending this launch.

"We're asking people not to travel to Kennedy, but to watch online," Bridenstine said in a news conference earlier this month.

Fortunately, the entire event will be streamed live on NASA TV.