Accessibility links
For Many, $600 Jobless Benefit Makes It Hard To Return To Work For more than two out of three unemployed workers, jobless benefits exceed their old pay, researchers say. That can raise awkward questions for workers, bosses and policymakers. 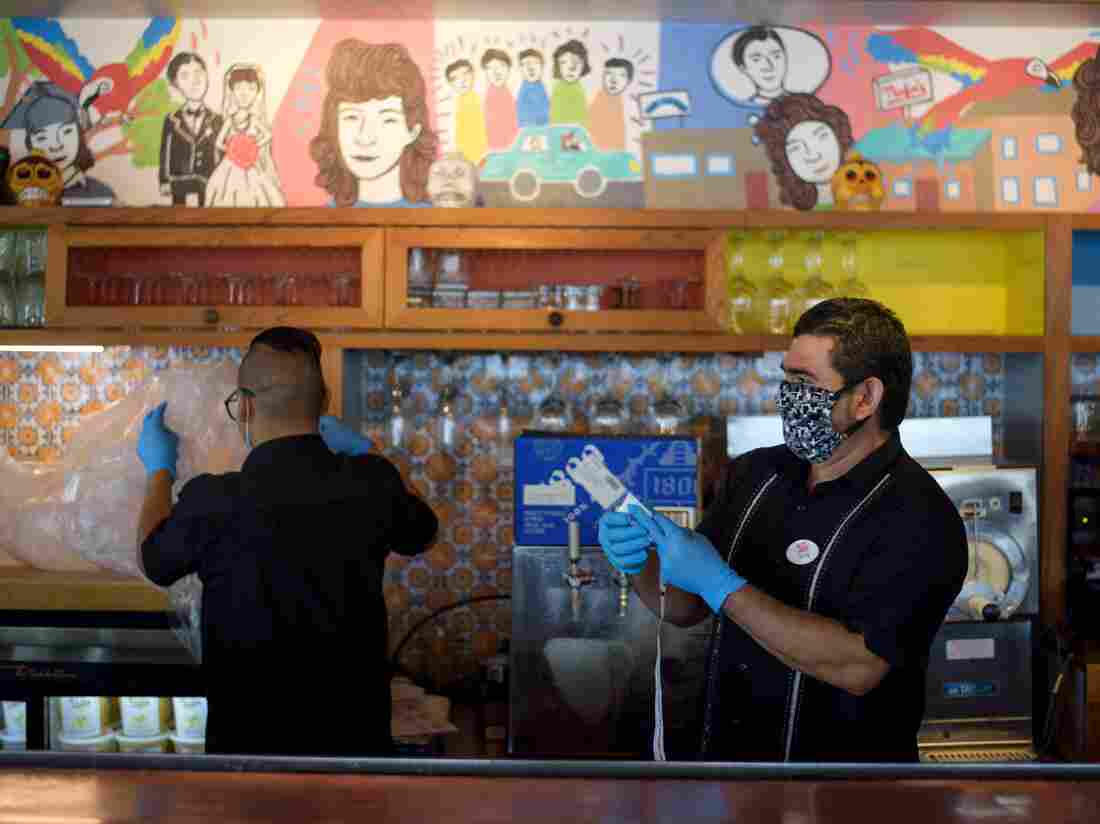 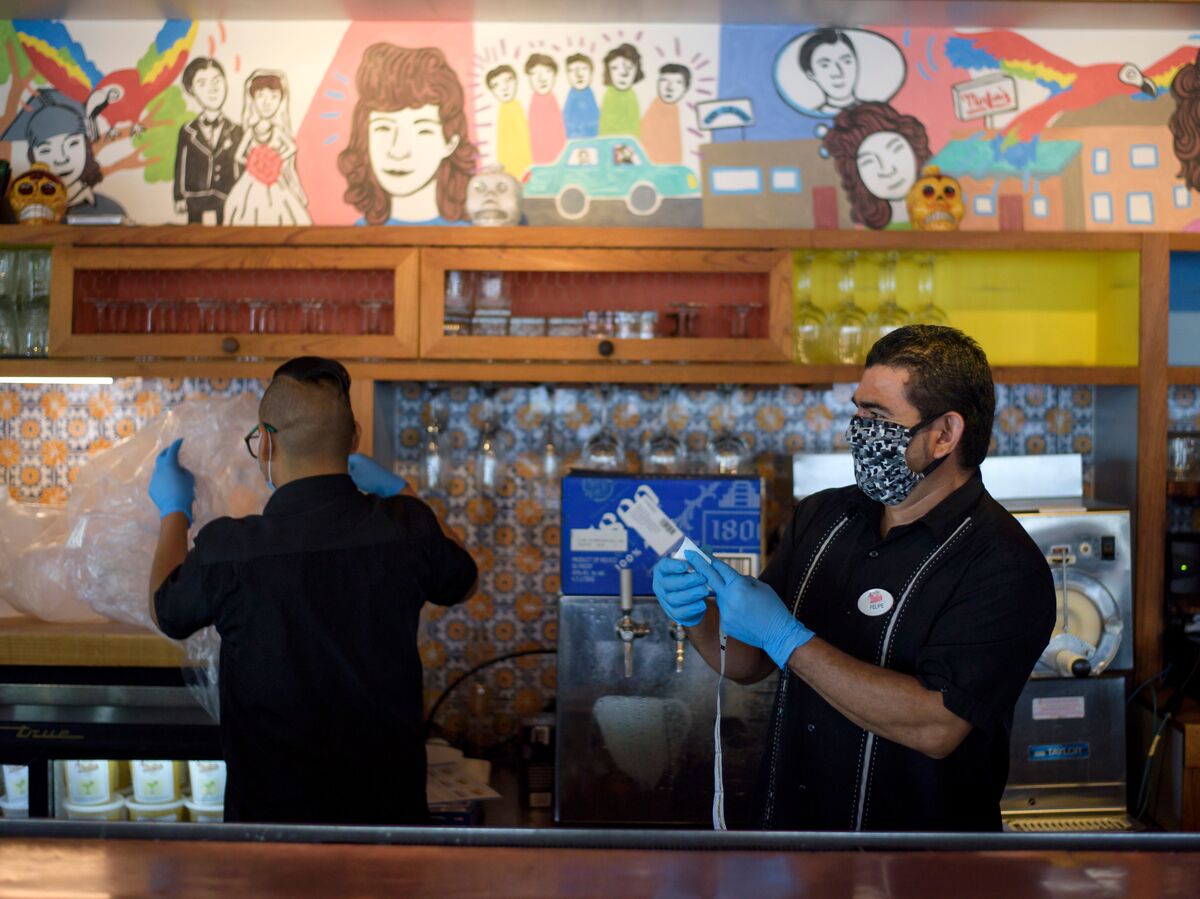 Workers prepare takeout orders May 1 in Houston. For more than two out of three unemployed workers, jobless benefits exceed their old pay, researchers say. That discrepancy can raise awkward questions for workers, bosses and policymakers.

Preschool teacher Lainy Morse has been out of work for more than two months. But the Portland, Ore., child care center where she worked is considering a reopening. Morse says she is dreading the idea, as much as she loves the infants and toddlers for which she cared.

"They always have snotty faces. It's just one cold after another," she says. "It feels just like an epicenter for spreading disease. And it feels really scary to go back to that." 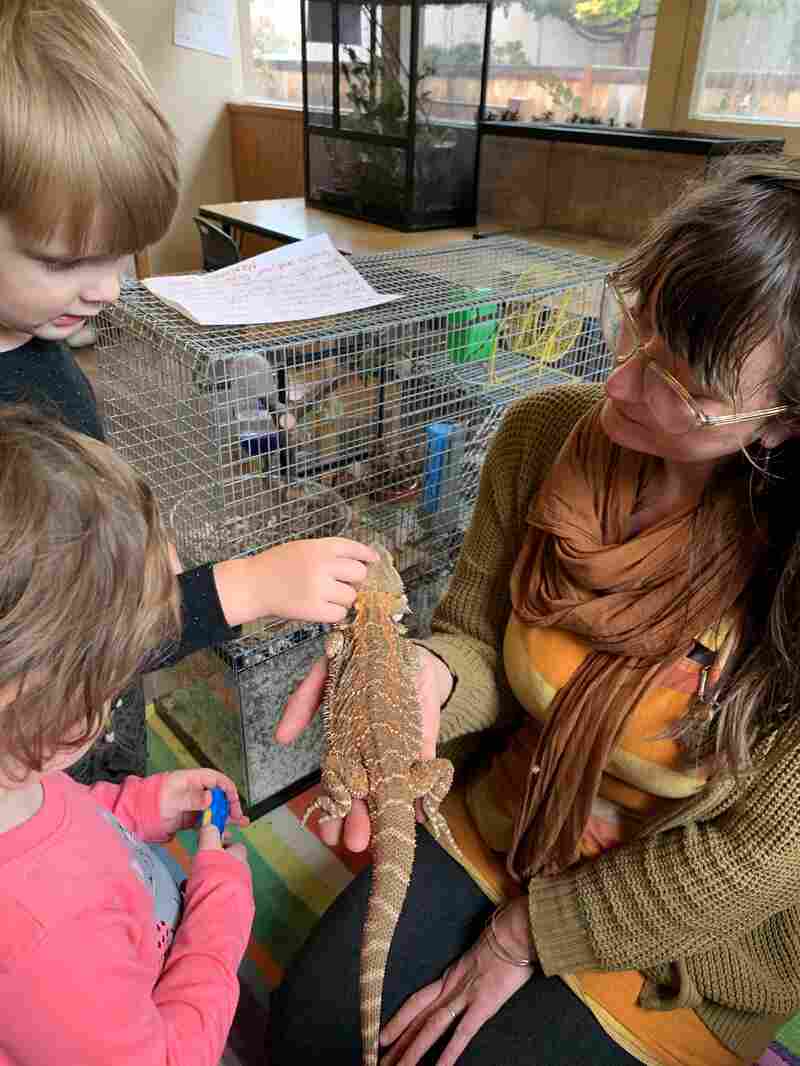 Lainy Morse shows students Wesley Schmidt and Celeste Abraldes a bearded dragon in a photo taken when school was open. Morse says that with unemployment benefits, she and her fellow teachers are making more now than they did on the job. Lainy Morse hide caption 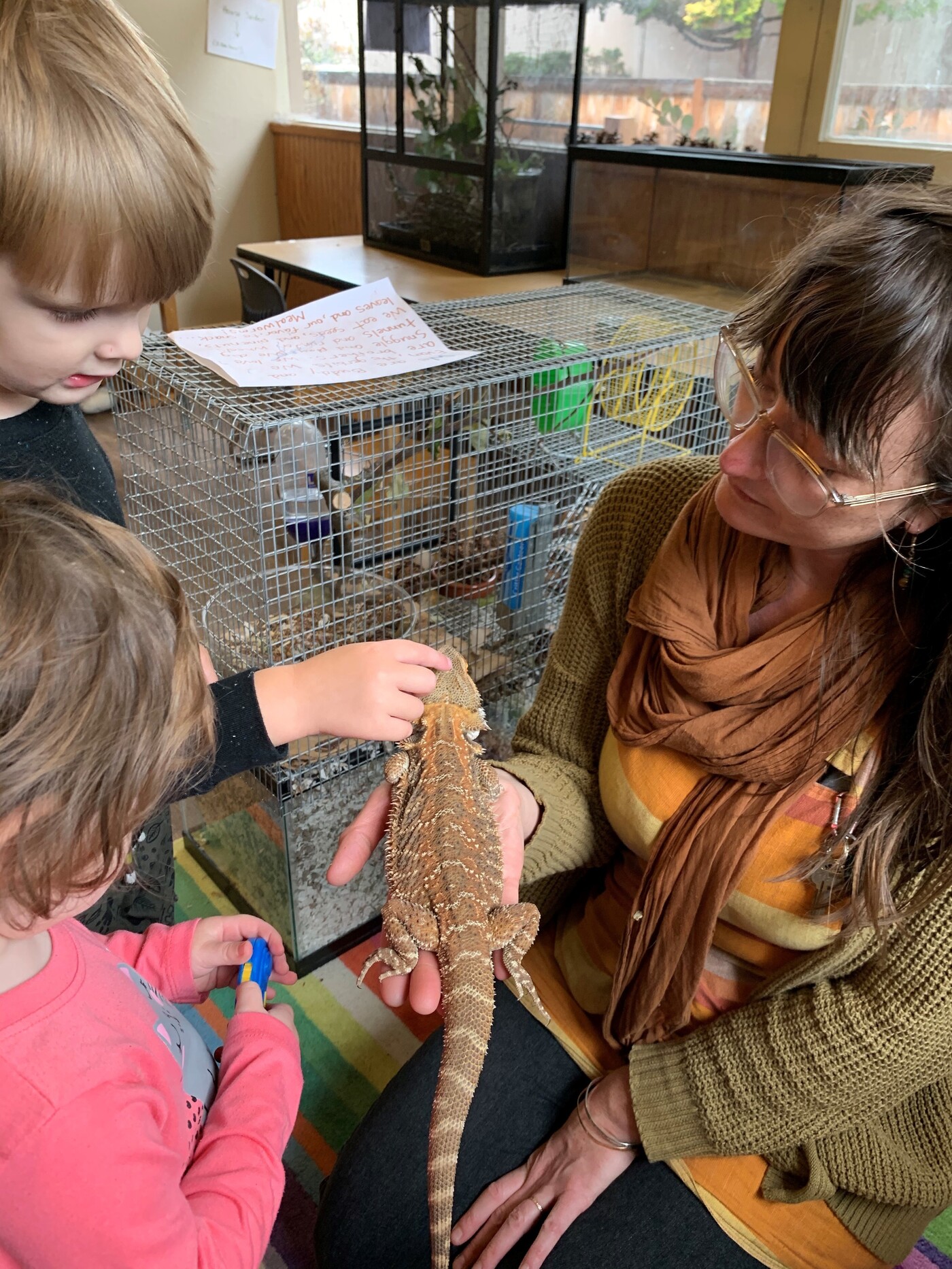 Lainy Morse shows students Wesley Schmidt and Celeste Abraldes a bearded dragon in a photo taken when school was open. Morse says that with unemployment benefits, she and her fellow teachers are making more now than they did on the job.

In addition to risking infection with COVID-19, going back to work would also mean a cut in pay for Morse. Thanks to the extra $600 a week in unemployment benefits the federal government has been offering during the pandemic, Morse and her fellow teachers are making more now than they did on the job.

"It's terrible to say, but we're all doing better now," she says. "It's hard to think about going back to work in this pandemic and getting paid less than we are right now when we're safe and at home in quarantine."

It's a dilemma that millions of unemployed Americans may face as businesses around the country start to reopen. And it's a question lawmakers will be wrestling with as they debate whether to extend the supplemental unemployment benefits past July.

The Cracker Barrel restaurant where Avery Adams worked has just resumed limited indoor dining again after weeks of takeout-only service. But the Gravel Switch, Ky., resident is in no hurry to go back.

"I don't feel like it's over yet," Adams says, pointing to a jump in coronavirus deaths in Kentucky at the beginning of last week. "I would wait to see, as things reopen, if the caseload increases again."

The restaurant has been patient about recalling workers, and Adams has decided to stay home for now. Mostly he's concerned for the safety of the four older relatives with whom he lives. But the extra $600 he's receiving in unemployment benefits does factor into his decision.

"I would say it has to, to some extent," Adams says. "It still really needs to be more about my family members, but it's been very generous having the CARES Act."

Some business owners complain that generous unemployment benefits are making it harder for them to find workers.

Rachel Davis runs a consignment shop in Warrensburg, Mo. Since reopening this month, she's been buying hand sanitizer by the gallon.

"Disinfectant is my new fragrance," she jokes. She's limiting traffic in the store to three customers at a time. And everyone who comes in must wear a mask.

"Customers have thanked us for that," Davis says. "And my sales are actually up since we reopened."

Davis also gave her part-time employees a modest pay raise. But the $10 to $11 an hour they make is significantly less than they were collecting on unemployment. One of Davis' four workers has not come back.

"I know I shouldn't take it personally," Davis says. "She's doing what she feels [is] in her best interest. But as an employer, it actually kind of hurts."

Economists at the University of Chicago estimate that more than two-thirds of the workers on unemployment insurance are making more in jobless benefits than they did at work — in some cases two to three times as much. It's a stark reminder of just how low the pay is in many hard-hit industries such as restaurants and retail.

When millions of low-wage workers are suddenly forced to stop working to protect public health, there are good reasons for the federal government to step in with some relief.

"Getting people money today so that you can buy groceries and not go hungry, getting people money so they can pay their rent, the basic necessities of life, kind of makes sense," economist Joseph Vavra says. He notes that some workers lost health benefits as well as income. And the government's goal at first was to keep people at home.

Still, Vavra and his University of Chicago colleagues say the flat, $600-a-week benefit does create questions of fairness, especially when other low-income workers are still on the job doing essential work.

Likewise, retail workers on furlough are collecting 42% more on average from unemployment than the grocery workers who are busy stocking shelves.

Arguments about fairness and whether the extra unemployment benefits discourage a return to work are likely to grow louder in Congress. House Democrats passed a bill that would extend the additional benefits through January. Senate Republicans are resistant.

Ganong and Vavra stress that with double-digit unemployment, maintaining some form of enhanced benefits will be vital. But they suggest an alternative formula so that benefits more closely match — but don't exceed — workers' old paychecks.

The flat, $600-a-week figure was adopted in March as an expedient way to get money out the door quickly. By July, Ganong and Vavra argue, there should be time to craft a more nuanced approach.

38.6 Million Have Filed For Unemployment Since March

In many cases, workers who turn down a job offer from their old employer may lose their eligibility to collect unemployment insurance.

That's a chance Sonya Chartier and her husband are willing to take. They both opted not to return to work at a Wisconsin furniture store where customers are not required to wear masks. Chartier says she worries about infecting her mother-in-law, who lives with the couple.

"We're lucky and we can decide to stay home," she says. "I know so many people can't make that decision, and it's really hard. But we don't feel like it's safe to go out yet."

Chartier has started to look for new jobs — maybe one she can do from home or while otherwise avoiding risk. Her No. 1 question for would-be employers: What are you doing to protect your workers?