Accessibility links
Trump Team Killed Rule Designed To Protect Health Workers From Pandemic Like COVID-19 "If that rule had gone into effect, then every hospital, every nursing home would essentially have to have a plan," said David Michaels, former Occupational Safety and Health Administration chief. 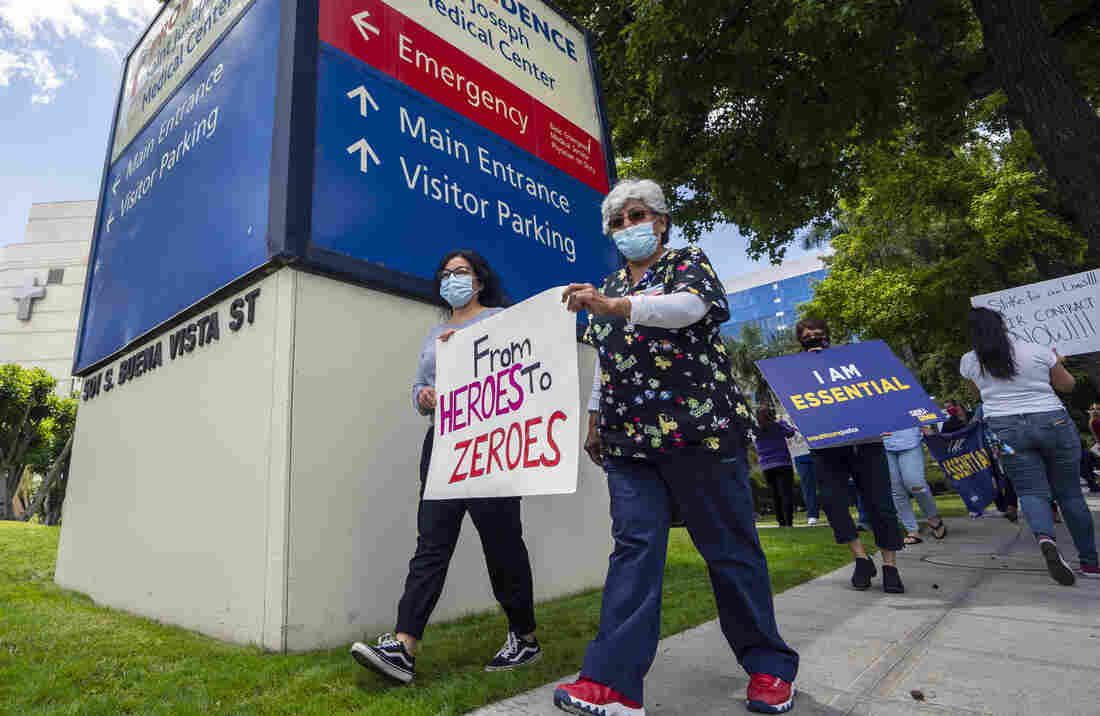 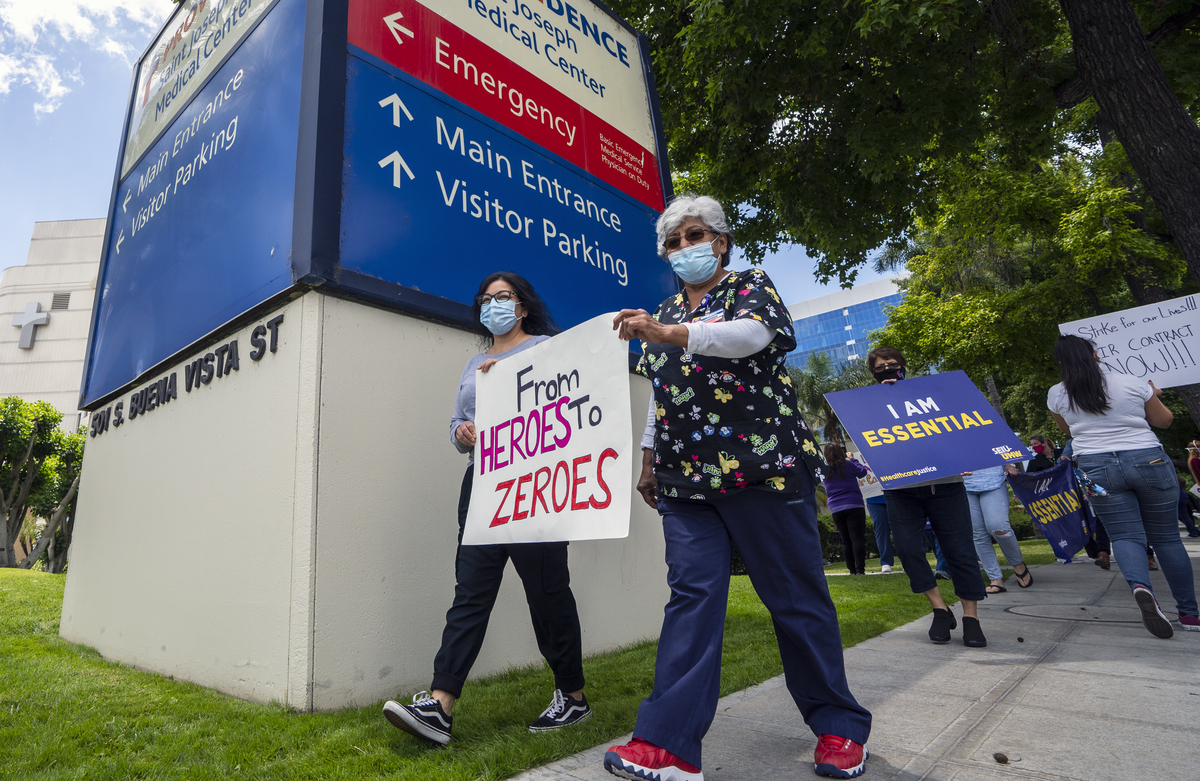 When President Trump took office in 2017, his team stopped work on new federal regulations that would have forced the health care industry to prepare for an airborne infectious disease pandemic such as COVID-19. That decision is documented in federal records reviewed by NPR.

"If that rule had gone into effect, then every hospital, every nursing home would essentially have to have a plan where they made sure they had enough respirators and they were prepared for this sort of pandemic," said David Michaels, who was head of the Occupational Safety and Health Administration until January 2017.

There are still no specific federal regulations protecting health care workers from deadly airborne pathogens such as influenza, tuberculosis or the coronavirus. This fact hit home during the last respiratory pandemic, the H1N1 outbreak in 2009. Thousands of Americans died and dozens of health care workers got sick. At least four nurses died.

"H1N1 made it very clear OSHA did not have adequate standards for airborne transmission and contact transmission, and so we began writing a standard to do that," Michaels said.

OSHA experts were confident new airborne infectious disease regulations would make hospitals and nursing homes safer when future pandemics hit. That's because similar rules had already been created for bloodborne pathogens such as Ebola and hepatitis.

Those rules, implemented during the HIV/AIDS epidemic, forced the health care industry to adopt safety plans and buy more equipment designed to protect staff and patients.

But making a new infectious disease regulation, affecting much of the American health care system, is time-consuming and contentious. It requires lengthy consultation with scientists, doctors and other state and federal regulatory agencies as well as the nursing home and hospital industries that would be forced to implement the standard.

Federal records reviewed by NPR show OSHA went step by step through that process for six years, and by early 2016 the new infectious disease rule was ready. The Obama White House formally added it to a list of regulations scheduled to be implemented in 2017.

Then came the presidential election.

An emphasis on deregulation

Instead, the decision appeared to be part of a wider effort to cut regulations and bureaucratic oversight.

"Earlier this year we set a target of adding zero new regulatory costs onto the American economy," Trump said in December 2017. "As a result, the never-ending growth of red tape in America has come to a sudden, screeching and beautiful halt."

The impact on the federal effort to protect health care workers from diseases such as COVID-19 was immediate.

"The infectious disease standard was put on the back burner. Work stopped," said Michaels, now a professor at George Washington University. 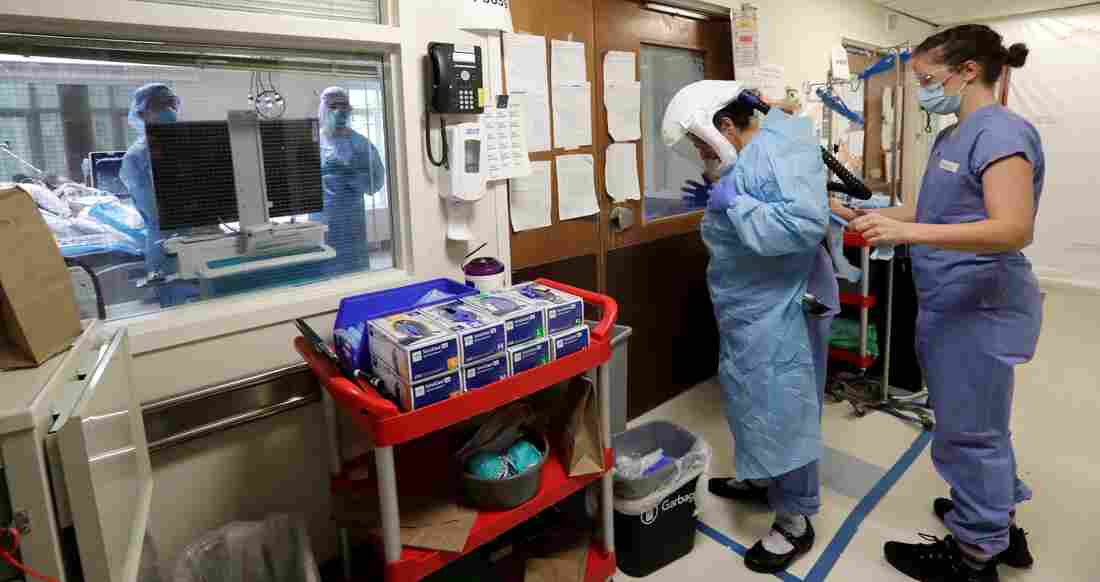 A medical worker is assisted into personal protective equipment on May 8 before stepping into a patient's room in the COVID-19 intensive care unit at Harborview Medical Center in Seattle. Elaine Thompson/AP hide caption 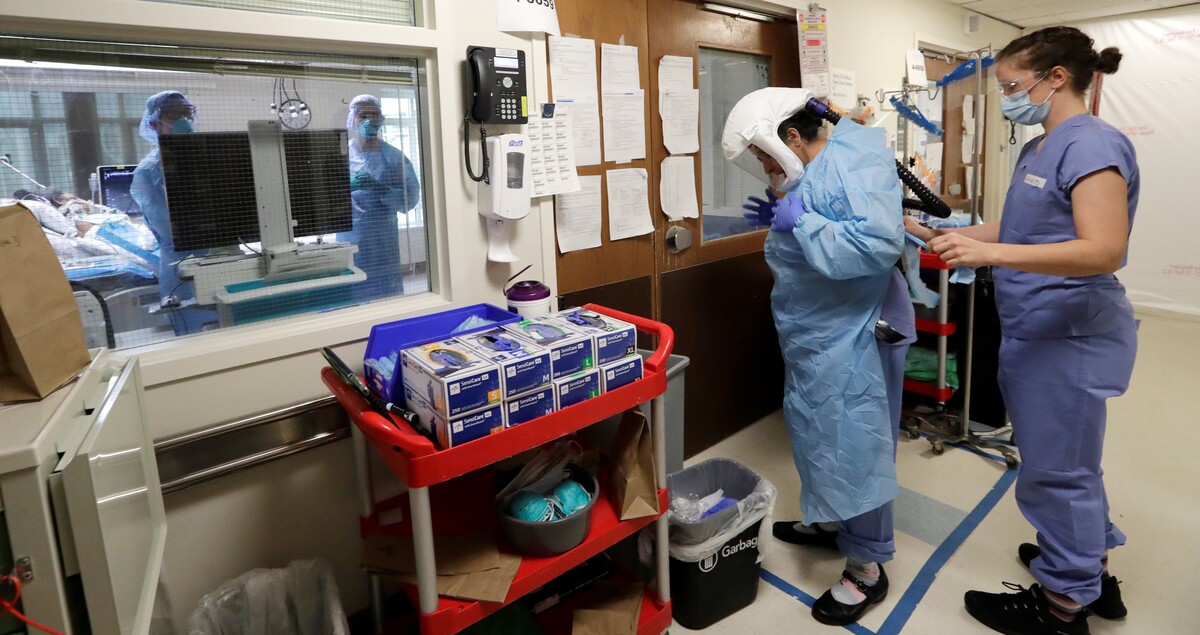 A medical worker is assisted into personal protective equipment on May 8 before stepping into a patient's room in the COVID-19 intensive care unit at Harborview Medical Center in Seattle.

A deadly escalation of the H1N1 crisis

This spring, hospitals and nursing homes found themselves facing much of the same crisis they experienced during the H1N1 outbreak, with many facilities unprepared and unequipped. Only this time the scale was larger and deadlier.

The federal government reports that at least 43,000 front-line health care workers have gotten sick, many infected, while caring for COVID-19 patients in facilities where personal protective equipment was being rationed.

"Even just a few months ago, I couldn't have imagined that I would have been on a Zoom call reading out the names of registered nurses who have died on the front lines of a pandemic," said Bonnie Castillo, who heads the National Nurses United union.

"The memorial was not only about grief. It was also about anger."

Castillo said Congress should immediately implement the infectious disease regulations shelved by the Trump administration as an emergency rule before a second wave of the coronavirus hits.

"Which obviously would mandate that employers have the highest level of PPE, not the lowest," she said.

Democrats in the House of Representatives passed a bill in mid-May that would do so, but the Republican-controlled Senate has blocked the measure, and the White House still opposes the rules.

The Trump administration hasn't responded to NPR's repeated inquiries about the infectious disease rule. But in a briefing call with lawmakers this month, the current head of OSHA, Loren Sweatt, argued enough rules are already in place to protect workers.

"We have mandatory standards related to personal protective equipment and bloodborne pathogens and sanitation standards," Sweatt said in a recording provided to NPR. "We have existing standards that can address this area."

"You're right; they're not regulations, but they are the guidance that we want to follow," Foster said. "They set forth the expectation for infection control, so in a sense they're just like regulations."

But the infectious disease standard would have required the health care industry to do far more. It sets out specific standards for planning and training. It would also have forced facilities to stockpile personal protective equipment to handle "surges" of sick patients such as the ones seen with COVID-19.

As a consequence, hospitals could say they were meeting federal guidelines while requiring doctors and nurses to reuse masks and protective gowns after exposure to sick patients.

An earlier version of this story reported that David Michaels was at OSHA when the Trump administration shelved infectious disease regulations. Michaels had departed by the time that decision was made.